in IDENTITY, INSTALLATION, INTERVIEW, PERFORMANCE, PHOTOGRAPHY
Share on facebook
Share on twitter
Share on email
Share on whatsapp
Presented by Circle Art Gallery, Jackie Karuti’s work will be on show at 1:54 Contemporary African Art Fair between the 6th – 9th October at 1:54 Contemporary African Art Fair, London. ART AFRICA spoke to Karuti about about her recent nomination as a finalist in the Barclays L’Atelier award, as well as her ongoing projects ‘In The Case of Books’, and ‘I Can’t Wait to See You’. 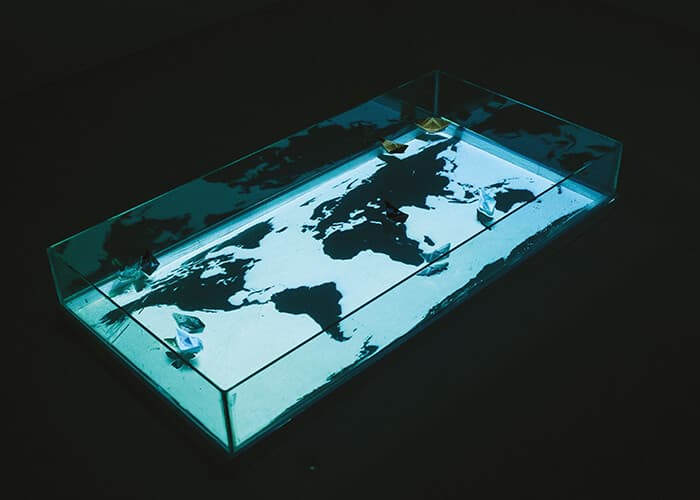 ART AFRICA: One of your ongoing bodies of work, ‘In the Case of Books,’ examines the ways in which knowledge is disseminated – where it is kept, who has access to it, and who does not… Is this an issue that you will address in the body of work on show at 1:54 Contemporary African Art Fair?
Jackie Karuti: Not really. The work I will be showing at 1:54 is part of an ongoing series I have been working on for the last eight or so months called ‘There Are Worlds Out There They Never Told You About.’ It’s still very much in progress but I presented some of it in Nairobi at a solo exhibition in July this year. It will also be my debut at 1:54 so it felt right to present this particular work on such a platform because some of it will be created in London where I am currently in residence at Gasworks. 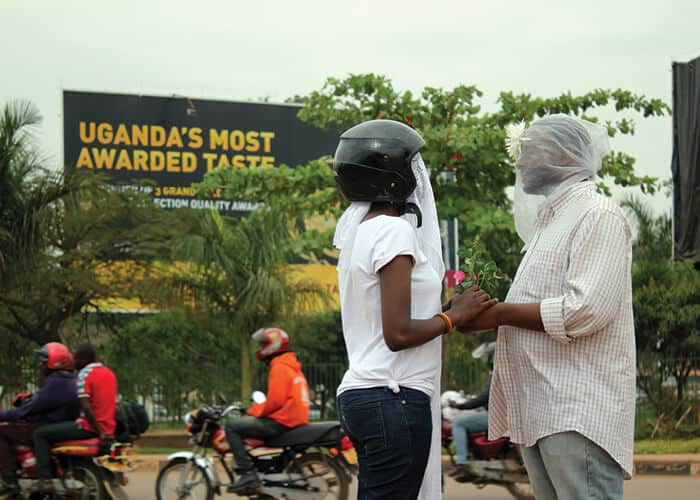 Jackie Karuti, from the Kampala performance of I Can’t Wait To See You, 2015 Image credit: Anthony Wachira. Image courtesy of the artist and Circle Art Gallery.

Your ongoing performance, ‘I Can’t Wait to See You,’ explores gender, sexuality and safety in public spaces. Please tell us about this performance?
‘I Can’t Wait To See You’ is a series of performances documented through video and photography that explore how space, gender and identity structure urban environments, both protecting and silencing individuals and communities. It is performed in five different cities; Johannesburg, Amsterdam, Kampala, Berlin & Nairobi. I selected these cities especially because of how they function to create and introduce new ideas and social practices into the society as well as challenge old methods and question established traditions. 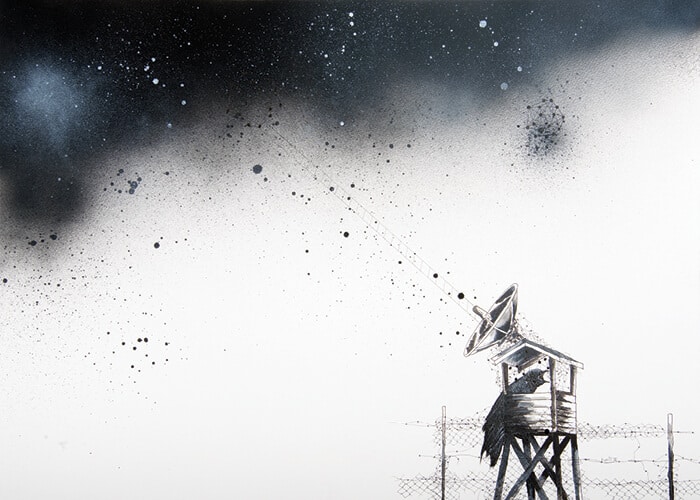 Jackie Karuti, from the series There Are Worlds Out There They Never Told You About, 2016. Mixed media on paper. 57 x 76 cm. Image credit: Eric Gitonga.

You were recently named a Top Ten Finalist in the Barclays L’Atelier Award 2016 for ‘I Can’t Wait to See You.’ Many of the selected finalists’ work was originally performative. What is it about this medium that attracts you, and how does its inherent intimacy translate through documentation, or when placed in a context like 1:54?
Performance is first consumed as a live act, even when it ends up being documented. The urgency, spontaneity and ephemeral aspect of it is very critical, hence why documentation is important. I was pleasantly surprised that almost all the L’Atelier top ten finalists’ work had a conceptual approach to it and that we also featured as subjects in our own work. I think in the end it becomes less about the documentation and more about the process employed by the artist when developing ideas, because it defies and disrupts normal ways of making art. When placed in a context like 1:54 that will be showing quite a number of work, especially by artists based in different African cities, the documentation now becomes the main thing because the work has been transported from where it was created, but it still presents the artist in a vulnerable way and informs the viewer about where they’re coming from.
Another ongoing theme in your work is this existential quest for meaning, beginning with ‘A Great Perhaps’ in 2014, and most recently in ‘There Are Worlds Out There They Never Told You About,’ 2016. All of these projects seem to evolve quite naturally out of one another. In this light, is there a ‘next step’ in mind?
You’re right about the projects evolving naturally out of one another. Keep dreaming I guess. Me, not you. That is the next step.
Presented by Circle Art Gallery, Jackie Karuti’s work will be on show at 1:54 Contemporary African Art Fair, London between the 6th – 9th October 2016.