in AFRICAN ART, ART FAIR, COLLECTING, CONTEMPORARY ART, DIRECTOR, FORUM, INTERVIEW, SCULPTURE, VISUAL CULTURE
Share on facebook
Share on twitter
Share on email
Share on whatsapp
Initiated by Touria El Glaoui in 2013, 1:54 Contemporary African Art Fair will return to London between the 6th – 9th October 2016, marking its fourth consecutive edition at Somerset House.
Since its inception the fair has grown to include more work from a wider range of voices. Testament to this are the approximate forty participating exhibitors, presenting over one-hundred and fIfty African and African diasporan artists. Rather than just a space to view art, the fair encourages engagement and the exchange of ideas and knowledge across disciplines and locales. As fair Director Touria El Glaoui points out in the interview to follow, 1:54 functions as a bridge between Africa and the West, “working with organisations and initiatives beyond 1:54, and outside of London and New York, in order to make dialogue possible beyond the fair itself.” 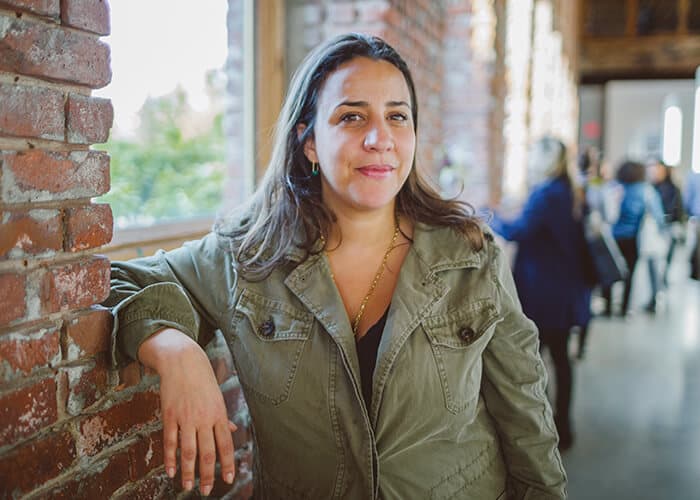 Touria El Glaoui at 1:54, New York in May. Photo: Latrina Sorrentino.
ART AFRICA: Is there any specific theme or focus for 1:54 London this year?
Touria El Glaoui: The fair itself isn’t organised around a theme, although the FORUM programme has a different thematic focus for each edition, which is decided by Koyo Kouoh. This year, FORUM will examine the interstices and slippages between the fields of contemporary art, fashion, object design, and architecture. Focus will fall on practitioners that traverse and push the boundaries of these fields as independent categories, while the conversations will aim at a wider appraisal of an interdisciplinary material practice.
The emergence of ‘African art’ is no doubt an opportunity for astute collectors. Is your strategy to grow audiences and interest in the market aimed at the established collectors and market only or does it look to a new and younger audience base too?
1:54 reaches both, and I think this is largely due to the quickening pace in which the market for contemporary African art has gained momentum and presence. It’s a nascent market which is still finding its feet in the global art market. As a result, we still feel the influence of key collectors and individuals, due to the fact that the art world maps them in this way. In many ways 1:54 acts as a geographical bridge and collectors are willing to travel to London and New York to visit the fair.
Through 1:54, we’ve noticed a growing interest for contemporary African art from younger audiences. The appeal is of course there – many of our gallerists’ emerging artists are redefining the scene, bringing politics and social activism to art in new and creative ways. It’s something that people want to be involved in and indeed they can, as the contemporary African art market is accessible to younger generations. 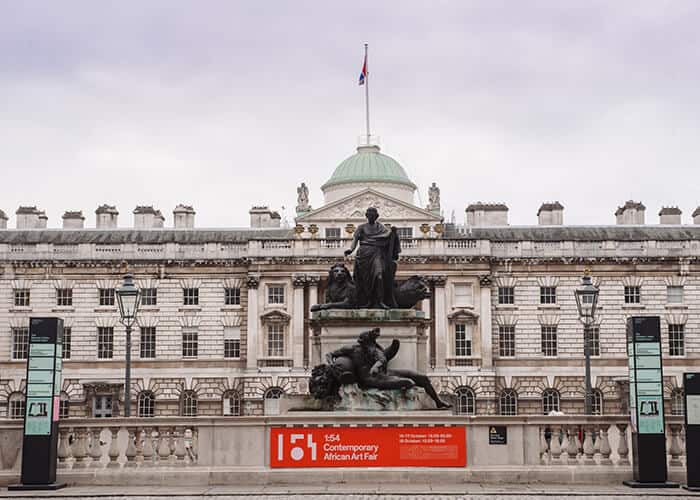 Somerset House, 1:54, London, 2015
There are more and more ‘African art’ events launching every year yet the global audience for contemporary art from Africa remains relatively small. Does 1:54 work with any other events or platforms and what steps do you think can be taken to unite the various initiatives and their dialogues?
I think the ways in which ‘African’ events are mapped requires attention. While 1:54 is of course dedicated to showcasing and supporting African and African Diasporan artists and operates as a ‘contemporary African art fair,’ this isn’t to say that such platforms aren’t invested in forging collaborations and networks across geographical and cultural borders. Similarly, speciifc exhibitions, programmes and projects traversing the globe are entering into institutions, museums and venues with broader agendas. Here I could mention travelling exhibitions such as ‘Making Africa: A Continent of Contemporary Design’ or Ireland’s EVA International 2016 curated by Koyo Kouoh, which may or may not be explicitly ‘African,’ but explores commonalities between continents and identities – such as the post-colonial condition. 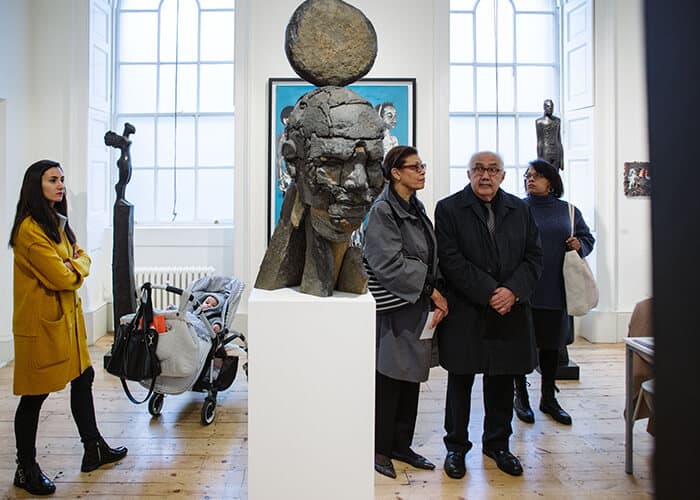 1:54, London, 2015. CIRCA Gallery, Johannesburg. Photos: Benjamin Hoffman.
Perhaps this question necessitates a rethinking of what we mean by ‘audiences,’ as audiences interested and engaged in African-related dialogues and exchanges can no longer be thought of in terms of a head count. As the exhibition ‘Making Africa’ highlights, factors such as advancing technologies and shifting perspectives are enabling global and interdisciplinary movements and practices.
At 1:54, we work extensively with partnering organisations to enable innovative projects at the fair – some also live on elsewhere. One of our Special Projects, ‘Transmissions,’ was a partnership with the Dak’Art Biennale. The project celebrated the concurrent opening of the New York fair with Dak’Art’s opening week, in which we commissioned four original short films shot in Dakar. These were screened daily at the fair and short films shot at 1:54 were also shown in the biennale village.
This October, we’re delighted to include amongst our special projects, collaborations with Addis Foto Fest, Revue Noire and Bandjoun Station. We’re also incredibly excited to be working with Somerset House and MAGNIN-A Gallery to present the frst major solo exhibition in the UK of the late Malian photographer, Malick Sidibé. We’re particularly interested in how ideas converge across borders. Working with organisations and initiatives beyond 1:54, and outside of London or New York, throws up interesting configurations and cross overs, and makes possible dialogues that 1:54 alone wouldn’t necessarily produce.
Is there enough of a local audience in London and New York to warrant the increasing interest in art produced by African artists or are people travelling from all over the world to attend the 1:54 fairs?
This also feeds into the question of locating an ‘audience,’ as we have to speak about digital audiences too. Our partnership with Artsy, for example, sees that our gallerists preview works online before the fair opens to the public. Reported sales also suggest that tapping into the market online is gaining popularity. In light of 1:54’s enduring connection to the African continent, this makes feasible a different kind of interaction, one that I’m not saying is less or more engaging, but offers another way of engaging with collecting art and the fair’s activity. To answer your question more directly, our audience figures in both London and New York have steadily risen year by year. Last October, we welcomed just under fifteen thousand visitors to the London edition. 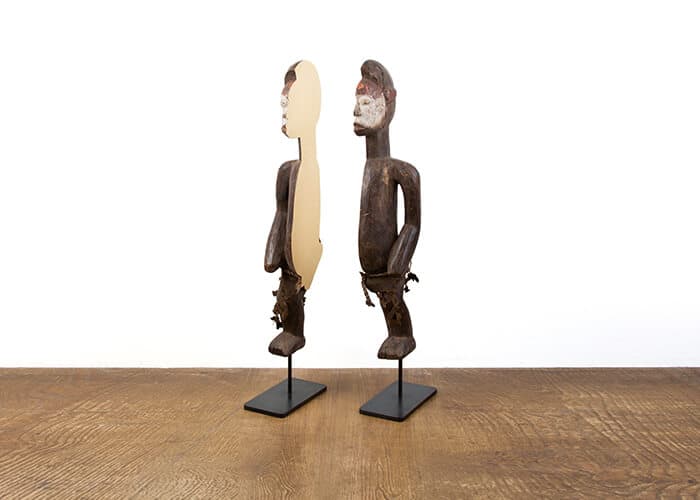