in News Articles 2013
Share on facebook
Share on twitter
Share on email
Share on whatsapp
From the 5th to the 11th of October, ART AFRICA is at the Contemporary Art Festival Sesc_Videobrasil in São Paulo, Brazil! This year marks the 19th  edition of The Contemporary Art Festival Sesc_Videobrasil, which spans from 6 October – December 6 2015 and takes its proposal to the extreme by making ‘Southern Panoramas’ the core of its entire programme. 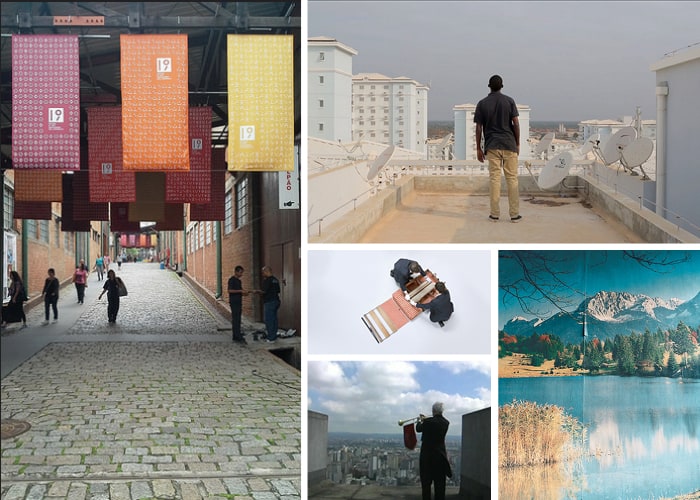 CLOCKWISE FROM LEFT: Banners at the Galpão VB; Michael MacGarry, Excuse Me While I Disappear (2014), video still; Guest artist Yto Barrada (Paris), Wallpaper – Tangier, 2001, photography. The piece, which is a portrait of the wallpaper in a café in Tangier, is part of Le Project du Détroit, in which the artist explores the Strait of Gibraltar as the landmark that separates Europe from Africa; Cristiano Lenhardt, COPAN AO VIVO (2006), video still; Bianca Baldi, Zero Latitude, (2014), video still. All images courtesy of Contemporary Art Festival Sesc_Videobrasil
This year’s focus on The Global South and its myriad issues deals with a wide array of pressing social topics such as diasporas, hybrid identities, migration flows and travels, personal accounts, memories, isolation, the social fabric, and insularity. These themes have inspired and set the parameters for the Curatorial Committee to select artworks and art projects, as well as oriented the curating of all of the Festival’s exhibitions, public programmes, and publications.
This year Sesc_Videobrasil features an extended programme of public talks and workshops, three exhibitions, along with the launch of the SP-Arte/Videobrasil prize. The highly-aniticpated award ceremony takes place on the 10th of October and will see nine artists win residency prizes, whilst the overall winner that is selected by the awards jury, recieves the grand prize of BRL 75 000 in cash.
The week in São Paulo has started off on a whirlwind of activity, with artists, curators, artworld stakeholders and public alike descending on the iconic Sesc Pompeia compound to take full advantage of the inspired and inspiring programme!
Highlights so far include:
ART AFRICA has also been conducting exclusive interviews, so stay tuned to read (and see) more of what we’ve been up to!
Stay in the loop with what’s happening at this year’s 19thContemporary Art Festival Sesc_Videobrasil by visiting their website or following them on one (or all) of their social media platforms, such as Facebook, Twitter, Instagram, Flickr. This year viewers can also stream videos from their exclusive channel. 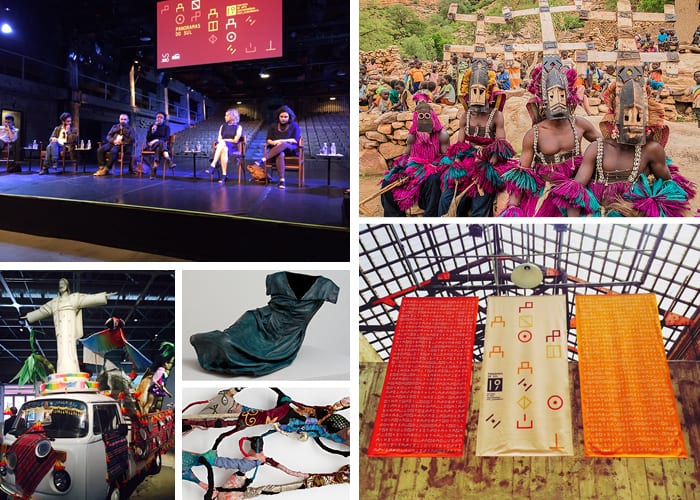