in News Articles 2013
Share on facebook
Share on twitter
Share on email
Share on whatsapp
Last night, The National Arts Festival announced the six young South Africans who hold the prestigious Standard Bank Young Artist Award title for 2015! The Award is made annually to young South African artists who are either on the threshold of national acclaim, or whose artistic excellence has enabled them to make international breakthroughs. 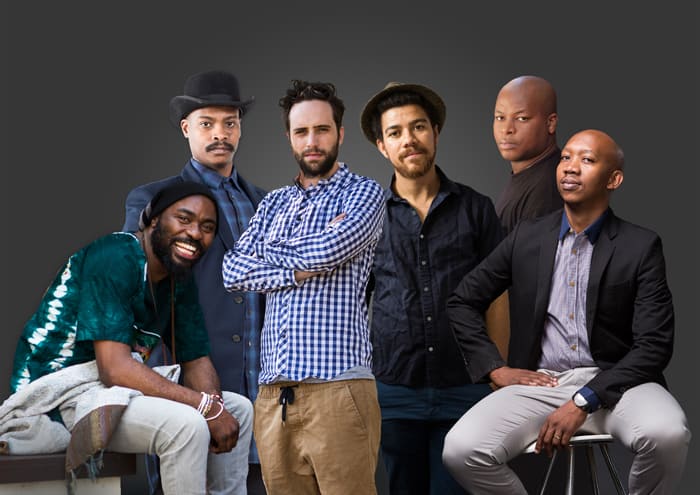 ABOVE: From left to right; Nduduzo Makhathini, Athi Patra Ruga, Christiaan Olwagen, Kemang Wa Lehulere, Musa Ngqunqwana, Luyanda Sibiya
“The announcement of each year’s Standard Bank Young Artist Awards offers a window into the dynamic vibrancy with which South African artists continue to use their talents and skills to resolutely raise the bar on artistic excellence in South Africa,” says Ismail Mahomed Artistic Director of the National Arts Festival.
The winners of the 2015 Standard Bank Young Artist Awards are:
Luyanda Sibiya for Dance
Nduduzo Makhathini for Jazz
Kemang Wa Lehulere for Visual Art
Musa Ngqunqwana for Music
Athi Patra Ruga for Performance Art
Christiaan Olwagen for Theatre
Platforms such as these are essential for promoting the talented voices of our country’s young emerging artists. Despite being somewhat surprised that there weren’t any female artists chosen this year, ARTsouthAFRICA is incredibly excited about what the future holds for these young artists, a sentiment that Hazel Chimhandamba, Head of Group Sponsorship at Standard Bank, echoes.
“We look forward to see what the 2015 group of winners will add to our national arts treasury, both as ambassadors of and inspiration for a new generation,” said Chimhandamba.
Apart from a cash incentive, each of the winners will be featured on the Main programme of the 2015 National Arts Festival in Grahamstown (2 – 12 July 2015), where they will be given the opportunity to develop and première new works. ARTsouthAFRICA can’t wait to see what materialises!
Keep an eye on the ARTsouthAFRICA Facebook page, Twitter (@artsouthafrica) and website for more exciting developments as we will be keeping up with these incredibly talented artists and covering future developments.