‘A Concept in Flux:’ Sabrina Moura’s Positioning Piece for the December Issue of ART AFRICA

In October ART AFRICA attended the 19th Contemporary Art Festival Sesc-Videobrasil: Southern Panoramas, in São Paulo. The following positioning piece – which appears in the December Issue of ART AFRICA, ‘Whose South Is It Anyway’ – was written by the fair’s seminar curator Sabrina Moura as a continuation of some of the discussions that were held over the course of the festival.

You can now also purchase a copy via our convenient electronic payment form! SUBSCRIBE or BUY A COPY today! You can also access this exclusive content in the December digital issue, available for download from the ART AFRICAapp, HERE for Apple and HERE for Android. 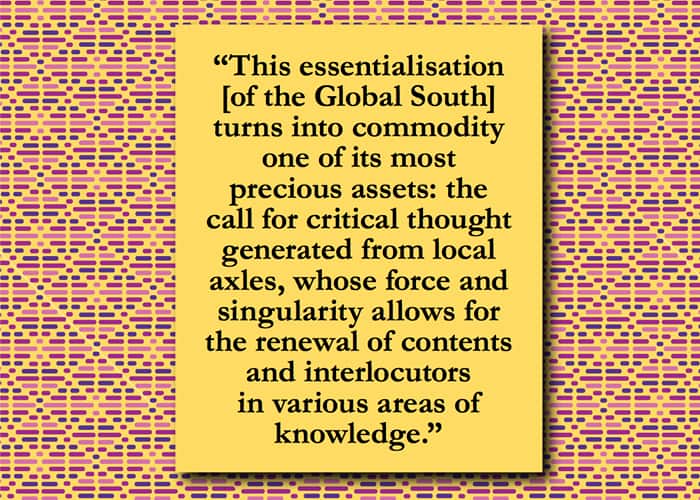 In the arts, concepts are often used as discursive tools to support artistic and curatorial projects that derive their strength from the realm of theory. But, how often do we ask ourselves what concepts really convey? What meanings do they assume and which histories do they carry? How are they shaped according to the different contexts of their use?

In reflecting upon these questions, I take as a starting point the very notion of the Global South, where its practical and theoretical uses circulate extensively between the fields of international relations, economics and social sciences. If, on the one hand, the core of its existence rests on direct and horizontal relationships between so-called peripheral countries, then on the other hand, its recurrent uses on the international agenda essentialises its meaning. This essentialisation turns into commodity one of its most precious assets: the call for critical thought generated from local axles, whose force and singularity allows for the renewal of contents and interlocutors in various areas of knowledge.

In 2011, the French philosopher Edgar Morin devised a seminar in Rio de Janeiro entitled For a Southern Thought (Para um pensamento do Sul/ Pour une pensée du Sud). In his introductory piece, Morin invited the audience to take the south as a relative concept where any reductionist gaze leading to its reification or substantiation should be avoided. Paradoxically, in the lines that followed his text, the author suggested a sort of mission guide for the theoretical project of the ‘South.’ In his words, a Southern thought should restore not only the “affective” and “the feelings of honor and hospitality”1 in human experience, but also it should problematise our understanding of knowledge itself, “in a permanent dialogue […] between reason and passion.” Here, it seems that the pedagogical and redemptive tone of these assumptions stand on the same substantialised mission that Morin himself claimed to avoid.

Two decades earlier, the same author published an essay in the catalogue of the exhibition ‘Il Sud del Mondo, L’Altra Arte Contemporanea’ (1991), held in the city of Marsala, Italy. Curated by Carmelo Strano, the ‘South’ that was presented in the show failed to escape the same dilemmas of an idealised territory, whose ways of making and living would be responsible for a new artistic creation that emerged “far from the confusion of modern civilisation.” It is curious to notice that, while looking into the artistic production of that region, Strano seemed to respond more to the political and cultural anxieties of Europe itself2 than to an effective questioning of the structures which changed the international circulation of art produced by peripheral countries. During that period, the fall of the Iron Curtain had already dealt one of the most severe blows to the polarisation between communism and capitalism; and while the notion of third-world (which roughly represents the South today) was still used as a socio-economic category for the classification of underdeveloped countries, it also served as an argument for initiatives that took this territory as a powerful axis of political and social renewal. 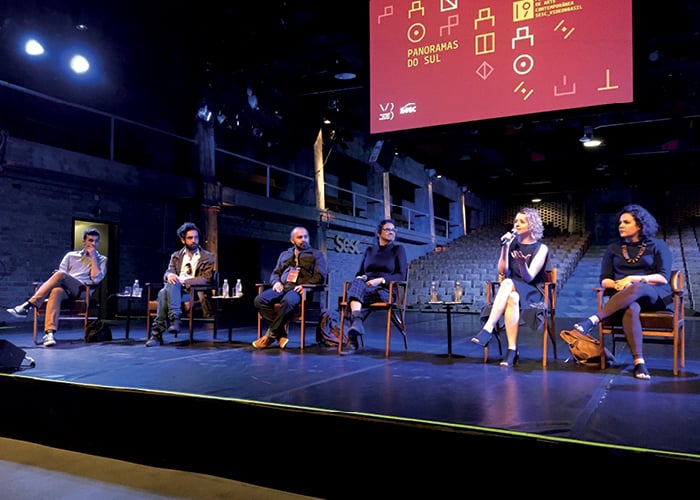 In 2008, a quarter of a century after this turn in the international political scenario, we witnessed a sense of euphoria around a new economic landscape that found in the BRICS acronym a focus of expectations for alternative development models. In light of not-so-remote historical experiences, we realised that these expectations have cooled and the games of power and interests occuring in late capitalism are much more complex than they are binary. Today, it is no longer about a struggle between capitalists and communists, colonisers and colonised, South and North. An example is the international routes of e-waste, which migrates from Europe and United States to Latin America, Africa and Asia, but keeps circulating in more peripheral dumpsites inside the frontiers of these continents. Such movements show that we, as consumers, are inevitably involved in a common and complex web of relationships.

This does not, however, invalidate, the power of the practices, theories and forms of knowledge that are clearly constituted against a hegemonic Euro-American tradition. As the Martinican philosopher Édouard Glissant recalls while commenting on the Négritude movement, the emergence of a concept or a political stance responds above all to the demands of one’s time:

“When Négritude intervened in the history of Black people, above all in the New World, it did so as to restore balance to our souls and our spirituality, something that appeared quite improbable to us, because we held ourselves in contempt, we had no consideration for ourselves, and we knew nothing of African civilizations and cultures. In other words, Négritude was utterly necessary. [Yet,] I have always been hesitant to subscribe to Négritude completely, because it was nonetheless a kind of general idea. A Black from Brazil and a Black from the United States are not the same.”3 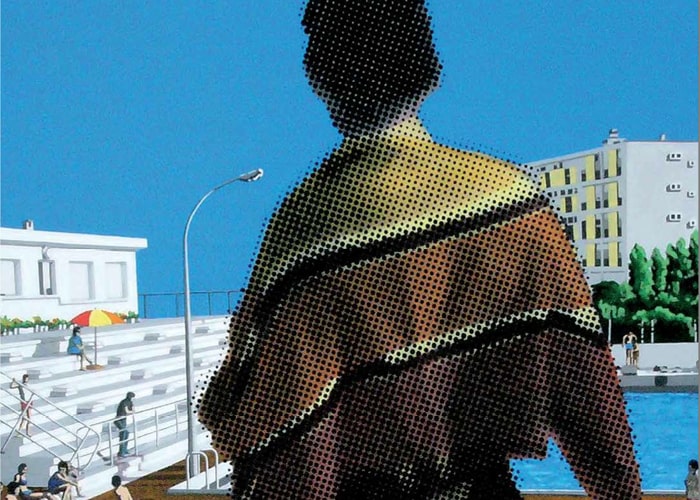 Although not organised in the form of a cohesive movement, we can reflect on the validity of a category such as the Global South from Glissant’s perspective, as the author points to the need to think about the mobility and the malleability of concepts in the light of historical experience.

Lastly, these reflections lead me to recall the edition of the Summer Conversations series of debates I participated in at the end of 2013, in São Paulo. Organised by The Johannesburg Workshop in Theory and Criticism (JWTC), these debates gave rise to discussions on the issue of post- racialism among South African and Brazilian artists and scholars. Throughout the meeting, the richness of the discussions and the intellectual exchanges were consistently intersected by the differences in understandings of the post-racial concept. Between the need to demolish the Brazilian myth of racial democracy and the urgency of South Africans in questioning and invalidating the concept of race, an abyss was drawn. Although the ultimate goal of dismantling the legitimacy of race was shared among the participants, their contexts and experiences of historical segregation showed up differently in the debate. Therefore, clashes like this show that we do not walk on a straight line basis and that conceptual temporalities do not represent homogeneous experiences.

As a closing response, I believe it is crucial to sift through and examine the histories and debates behind the concepts we use, and the idea of the Global South is no exception. By keeping a contextualised perspective, we might circumvent getting lost amid generalisations that respond only to the demands of whichever practices it helps to validate or edify.

Sabrina Moura is a curator and editor based in São Paulo (Brazil). She is currently a PhD Can- didate in the History Department at the University of Campinas.