Paintings dominate the offerings in Strauss & Co’s forthcoming October sale in Cape Town, but there is a noticeable contemporary attitude about this spring auction. Two still life paintings by pioneering South African painters, Irma Stern and Penny Siopis, rank among the standout lots. Produced in 1947 and 1983 respectively, the two works capture Stern and Siopis at very different moments in their careers. 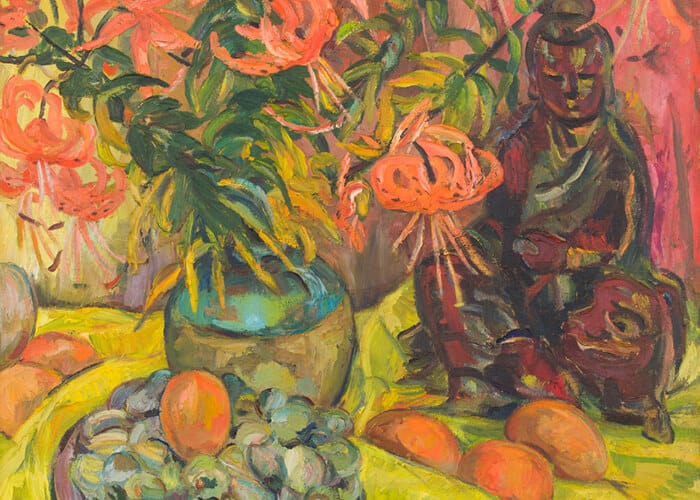 Stern’s brilliantly coloured Still Life with Lilies, 1947 (estimate R5 000 000 – 7 000 000) was produced during a frenetic period of travel and work. It depicts a vase of orange lilies accompanied by a plate of grapes and a Buddha carving. Stern would occasionally incorporate religious icons drawn from her personal collection into her compositions. The painting carries an upper estimate of R7 million, reflecting Stern’s status as a bellwether artist of South Africa’s robust auction market.

Stern died in 1966, nearly two decades before Siopis came to prominence with her richly textured ‘cake painting’ series. Lace Cloth (1983), which is expected to fetch between R300 000 and R500 000, was influenced by feminist theory and is an early example of the artist’s still-evolving interest in painterly technique. Aside from traditional painting implements, Siopis used cake-icing instruments like decorative nozzles and spatulas to produce this painting. The work is closely associated, in theme and style, to a still life awarded a medal at the second Cape Town Triennial in 1985. Frank Kilbourn, Strauss & Co’s recently appointed chairman and a noted collector, considers these two paintings among his top picks from the October auction. 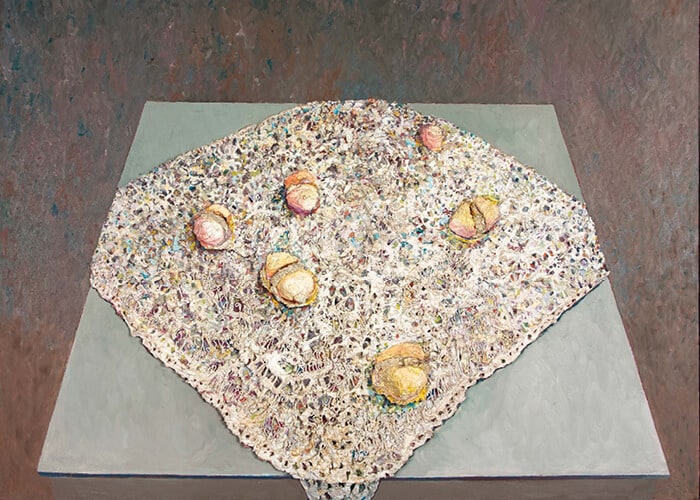 His other picks include Alexis Preller’s Egrets (1953), an idiosyncratic landscape study valued between R150,000 and R200,000, and George Pemba’s social-realist painting Pensioners Queuing for Payouts (1993). “Pemba, a Port Elizabeth artist like Dorothy Kay, often painted scenes reflecting the everyday lives of people under the apartheid regime of the time,” elaborates Kilbourn. Of particular interest here is the provenance of the work: it was gifted by the artist to The Black Sash, Port Elizabeth.” This historically significant study of penury and patience was exhibited on the 1996 retrospective devoted to Pemba at the South African National Gallery. The painting is expected to fetch between R100 000 and R150 000. 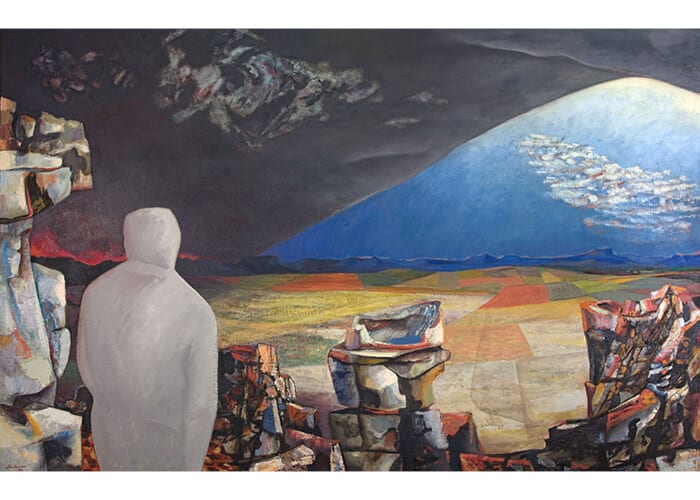 Kilbourn’s extensive personal holding includes key works by painter Robert Hodgins. His top lots from the October sale include an expressionist study by Hodgins of two figures in a room, A Golem Couple (2002). There are five paintings by Hodgins on offer in the forthcoming Strauss & Co sale. Since his death in 2010 at age 89, prices for works by Hodgins have steadily increased. In March 2015, auctioneer Stephen Welz, former MD of Strauss & Co, knocked down Hodgins’ J’accuse (1995-96) for R2.6 million, a world record for the artist. Strauss & Co has handled all the top ten sales of works by Hodgins. 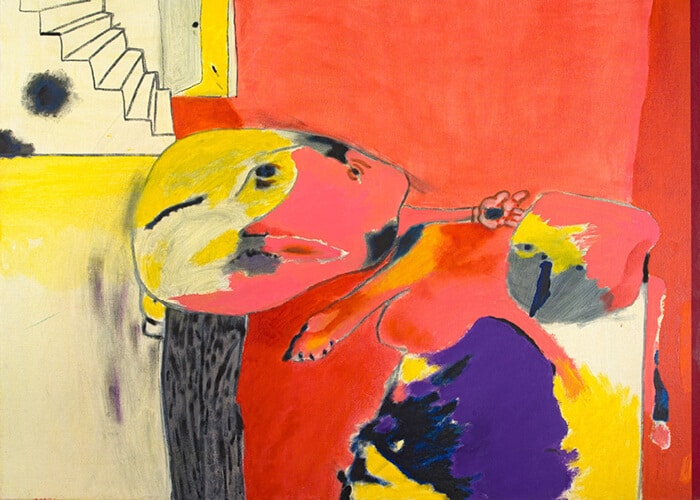 Like Siopis, Hodgins was a teacher at the University of the Witwatersrand. He was a key figure in the formation of contemporary art practices in South Africa. William Kentridge, with whom he collaborated on a print portfolio and video, has described Hodgins as a model artist. Although highly prized for his paintings, Hodgins was also a prolific printmaker and in this capacity occasionally jobbed for Walter Battiss, who is represented in the forthcoming sale by the lyrical oil, After the Bathe (1955). Battiss – like Stern – was an inveterate traveller whose art was informed by his many encounters across the African continent, and beyond. The work was produced during a period of extensive travel, including sojourns in Maputo, London and Venice. The work, formerly owned by East London artist and teacher Jack Lugg, is estimated to fetch between R140 000 and R180 000.

Contemporary painting is also strongly represented in the October sale catalogue, notably by the inclusion of work by abstract painter Zander Blom. Blom’s energetic paintings have earned him widespread acclaim. In 2014 he was awarded the Jean-François Prat Prize for contemporary art in Paris. 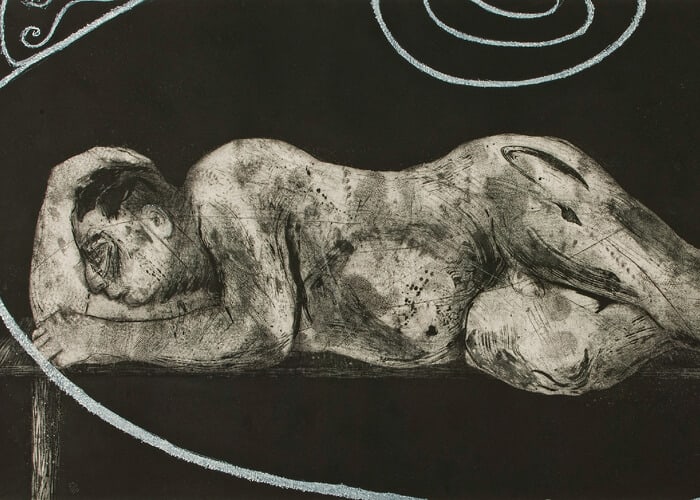 Contemporary sculpture is also well represented. Highlights include a tender figurative piece by Peter Schütz, a former colleague of Siopis at Wits, and a satirical sculpture depicting a policeman with a stick of dynamite wedged into each ear by Brett Murray. Schütz’s work is titled St Lucy and was produced three years before the artist’s death in 2008. It carries a high estimate of R120 000. Murray’s work is far older and was produced in 1986. Part of his MFA body of student work, it was exhibited to great acclaim in Johannesburg. Jane Alexander also graduated with a Master’s degree in sculpture in the 1980s, shortly before Murray. Strauss & Co has successfully sold key lots spanning the career of this world-renowned sculptor. But Alexander has also long worked with photography. Kilbourn, who also pinpoints Karel Nel’s Collected Images as a top-lot pick, is excited by the inclusion of Alexander’s photomontage Shepherd (1986) in the October sale. “In this particular work, one recognizes one of Alexander’s iconic Butcher Boys intriguingly juxtaposed with a young man with a shepherd’s staff,” notes Kilbourn. Widely exhibited, most recently on the group exhibition The Quiet Violence of Dreams at Stevenson, Alexander’s work carries a conservative estimate of R20 000-R30 000.

“The upcoming Strauss & Co auction in Cape Town again offers the discerning collector an ideal opportunity to acquire some outstanding works across many different media and price points,” summarises Kilbourn.

Strauss & Co’s Auction of Important South African and International Art, Decorative Arts and Jewellery will be held at the Vineyard Hotel, Newlands, on 10 October 2016.