‘A Labour of Love’ By Marie-Hélène Gutberlet

‘Human labour seems to be mutating into a service industry, as does love in an age of overt sexualisation. Are labour and love, generous and dangerous as they can be, virtues? Or are they out of fashion?’ writes Marie-Hélène Gutberlet on the current exhibition, ‘A Labour of Love’ at the Weltkulturen Museum in Frankfurt. 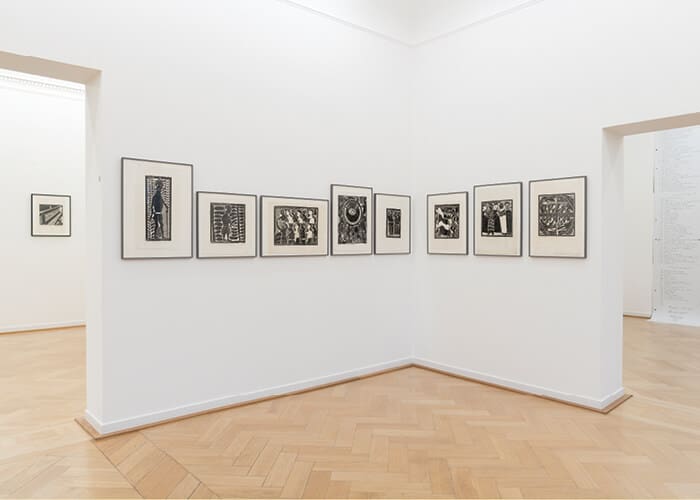 Installation view of ‘A Labour of Love’ at the Weltkulturen Museum, 2015. Photo: Wolfgang Günzel.

Many deep and difficult layers of life are immeasurable and run the risk of being unreasonable. Art can address and make visible what is about to vanish, what is in danger of being addressed disproportionately. For example, the materiality of things or the emotional and haptic bond we have to each other and to paper, charcoal, paint and oil, etching, printing, painting, freedom, equality, mobility, space – all the stuff that defies the normative order of commercialisation, religion and ideology. Love, in this spirit, shifts the landscape of meaning enormously. 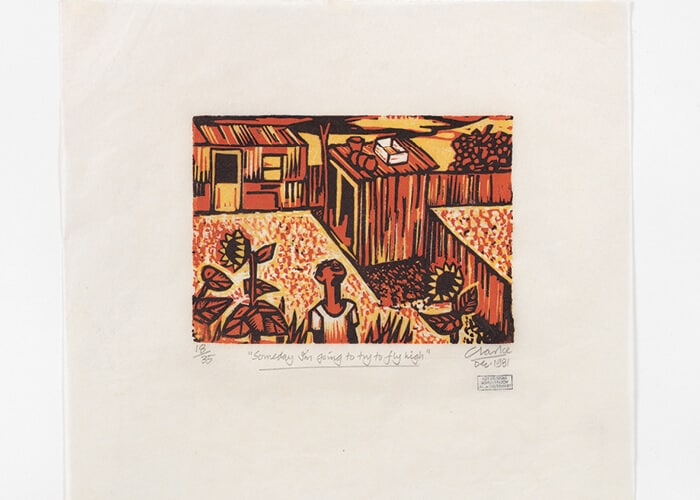 The exhibition aims to bring back into the public eye what has been kept in storage ever since, in order to re-engage with and re-examine the story of South African art in the 1970s and 80s, collected in Germany during the height of apartheid. Almost unknown in Germany, these artists are well known in South Africa today, taking part in the alternative art movement emerging from Rorke’s Drift, Thupelo and a few other schools and workshops. The Weltkulturen exhibition, however, avoids the term ‘struggle art’ for the sake of looking at it from a different angle, developing an eye for the satisfaction of making art and the care for what comes out of it under unimaginably hard conditions; to see how human desires, emotions and intimate relationships were possible while contaminated by racialisation and hierarchising powers.

The logic of social and physical restriction – so accurately put on paper by John Muafangejo in a small print from 1986 – visualises how close beds stood together (and still do today) and how much everyone knew about their neighbour’s intimate life in the small room next door, in the township. 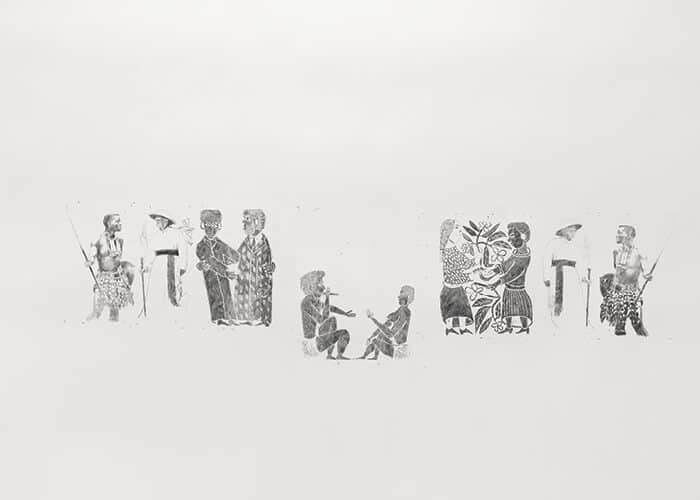 Not only do the artists and their work have more to tell than the usual narrative, but the relationship between men and women, Germany and South Africa also looks different. The display of artworks alongside acquisition lists and invoices call us to rethink how much of the art sphere is still a ‘man’s world,’ and how complex German/ South African relations were. The anti-apartheid boycott movement in Germany was solidly bound to the protestant churches, when German industry was involved in the arms trade with the apartheid system. While German missionaries – like Hans Blum (who provided the museum with the exhibits) who was working in South Africa and devoted to the people – were earning good money (and able to collect art), their black artist fellows earned almost nothing. Institutional spaces – like the missions founded since the early twentieth century by foreign Christian emissaries in South Africa with art schools next to churches, clinics and schools – radiate ambiguity in light of ‘Labour of Love.’ They were spaces through which beliefs, inequalities and hierarchies were imposed as much as these same places were meeting points that helped articulate social consciousness.

It is a subtle provocation of the exhibition not to paint things in black and white and not to display a single ‘artefact.’ This marks the museum’s vanguard policy to collect contemporary art as early as the mid-1970s, acknowledging non-Western ‘art’ as a mode of research and expression of one’s own culture. 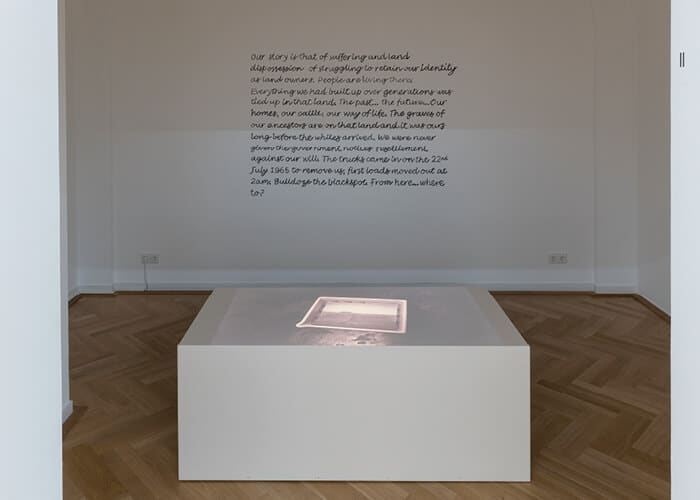 Installation view of ‘A Labour of Love’ at the Weltkulturen Museum, 2015. Photo: Wolfgang Günzel.

The exhibition establishes a space in which the visitor can feel the friction between the forces at stake; between paper and gesture, privilege and precariousness, history and present, politics and spirits, money and love, men and women, consciousness and beauty, revolt and audacity and so much more that we have yet to invent words for.

In addition to revising his work in the collection, the space also expands into new work created by Sam Nhlengethwa and a group of young art students who have dealt with the collection since July 2014. The involvement of Chad Cordeiro, Michelle Monareng, Nathaniel Sheppard III and Matshelane Xhakaza (all born after 1986) is clearly about taking up tools and themes from their elders and looking at what happened (and still happens) with regard tothe restriction of space, memory, ownership, beliefs, labour and love. It also asks how a younger generation is able to educate itself about the past and how it finds ways to reinterpret the history of a country and to create new subjectivities.

Marie-Hélène Gutberlet is a curator, academic and writer. She worked extensively with African-European entanglements in art and cinema. Her curatorial work includes ‘Shoe Shop’ (2012), ‘The Space Between Us’ (2013-14) and ‘Visionary Archive’ (2013 to 2015).

‘A Labour of Love’ is showing at the Weltkulturen Museum in Frankfurt (Main) until 24 July 2016. The exhibition will be shown in South Africa in 2017.