The Clair and Edoardo Villa Will Trust

Edoardo Villa (1915-2011) is a pioneering figure in the story of South African art. His tall, muscular forms in bronze and steel played an important and often very public role in modernising the language of South African sculpture. His enormous output, the product of a remarkable work ethic, coupled with his creative experiments with volume and abstraction saw Villa’s work routinely selected to represent South Africa on international exhibitions throughout the 1950s and 60s. Amongst that rare class of artists whose careers never flagged, Villa continued to produce bold sculptures and public commissions well into old age. Often remarked upon for his prodigious energy, at the time of his death, at age 95, Villa had produced an ambitious body of work numbering over 1000 works. His work is widely represented in numerous important public and private collections. 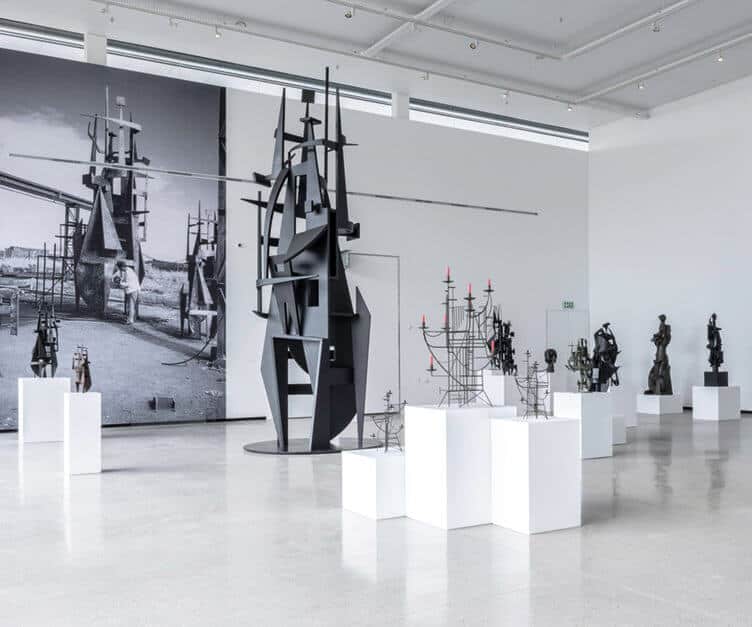 The Claire and Edoardo Villa Will Trust aims to celebrate and promote this rich artistic legacy. Named after the artist and his wife, Claire Zafirakos, whom he married in 1965, the trust encompasses two key functions. The first is broadly reputational and focuses on ensuring that Villa’s important contributions to South African art history remain clear and accessible to both art specialists and the general public, now and into the future. The second purpose of the trust is to promote the professional advancement of sculpture as a discipline through a grant/bursary scheme.

Born on the outskirts of the northern Italian town of Bergamo, Villa arrived in South Africa in 1942 as a prisoner of war. After his release, in 1947, he chose to make Johannesburg his permanent home. The trust’s reputational activities are focussed on documenting, describing and promoting the work he produced following this momentous decision. Activities related to this function include: the establishment of a comprehensive database of work; the cataloguing and authentication of individual sculptures and related work; the creation of a knowledge resource accessible to collectors, students, researchers and the lay public; the maintenance and preservation of Villa’s numerous public sculptures; and the initiation of exhibitions that extend narratives related to this important sculptor’s work.

Villa’s lifelong humanist concerns and collegiality towards younger artists saw him play an important role as mentor. Through his association with art dealer Egon Guenther’s Amadlozi Group, for example, he befriended and helped emerging artists like Sydney Kumalo. Later, through his friendship with artists Alan Crump and Neels Coetzee, he served as an external examiner at the University of the Witwatersrand. Villa’s support for fellow artists, and his belief in the importance of art as a worthy occupation with a place in society, is perpetuated through the Villa Memorial Bursary. The bursary is principally concerned with sculptors and focuses on both professional practice and continuing education. Recipients of the bursary will be offered financial grants to produce ambitious new sculptural works and/or to pursue post-graduate studies or professional research involving, for example, international travel.

The Villa Extraordinary Award for Sculpture

The Claire and Edoardo Villa Will Trust is administered by a group of trustees committed to preserving Edoardo Villa’s legacy and ensuring his aim of promoting new sculptural talent. These trustees are Mary-Jane Darroll, Rick Herber, Benji Liebmann, Karel Nel, Mary Palmos and Amalie von Maltitz. The trust’s secretary is Kobus Gertenbach.

Sean O’Toole is a writer and editor based in Cape Town, South Africa.