A Luta Continua – By Kendell Geers

At the end of Apartheid – in the time between Nelson Mandela’s release and the first election – I threw a red clay brick through the window of the Market Theater Gallery. It was a protected space of protest and a bastion of the cultural wing of the anti-apartheid movement, a space of hope and revolutionary expectation. The red clay brick, a sign of eurocentric Minimalism and the biblical symbol of our flesh, was re-cast as a cultural weapon in the name of African art. The smashed vitrine was liberated and the African Mask could dance once again, moving through the streets in the masquerade that never rests, can never be defined, is always shifting and changing. You cannot understand the dance unless you are the dancer and you have no right to wear the mask unless you understand its power. The history of African art is intertwined within the context of its contradictory histories, the complexities of its politics, identities, communities, struggles, culture, and faith. The AK47 is as integral to African identity as the mask, wax print fabric, and the mobile phone, yet these incongruous elements are rarely understood as inextricably interconnected. 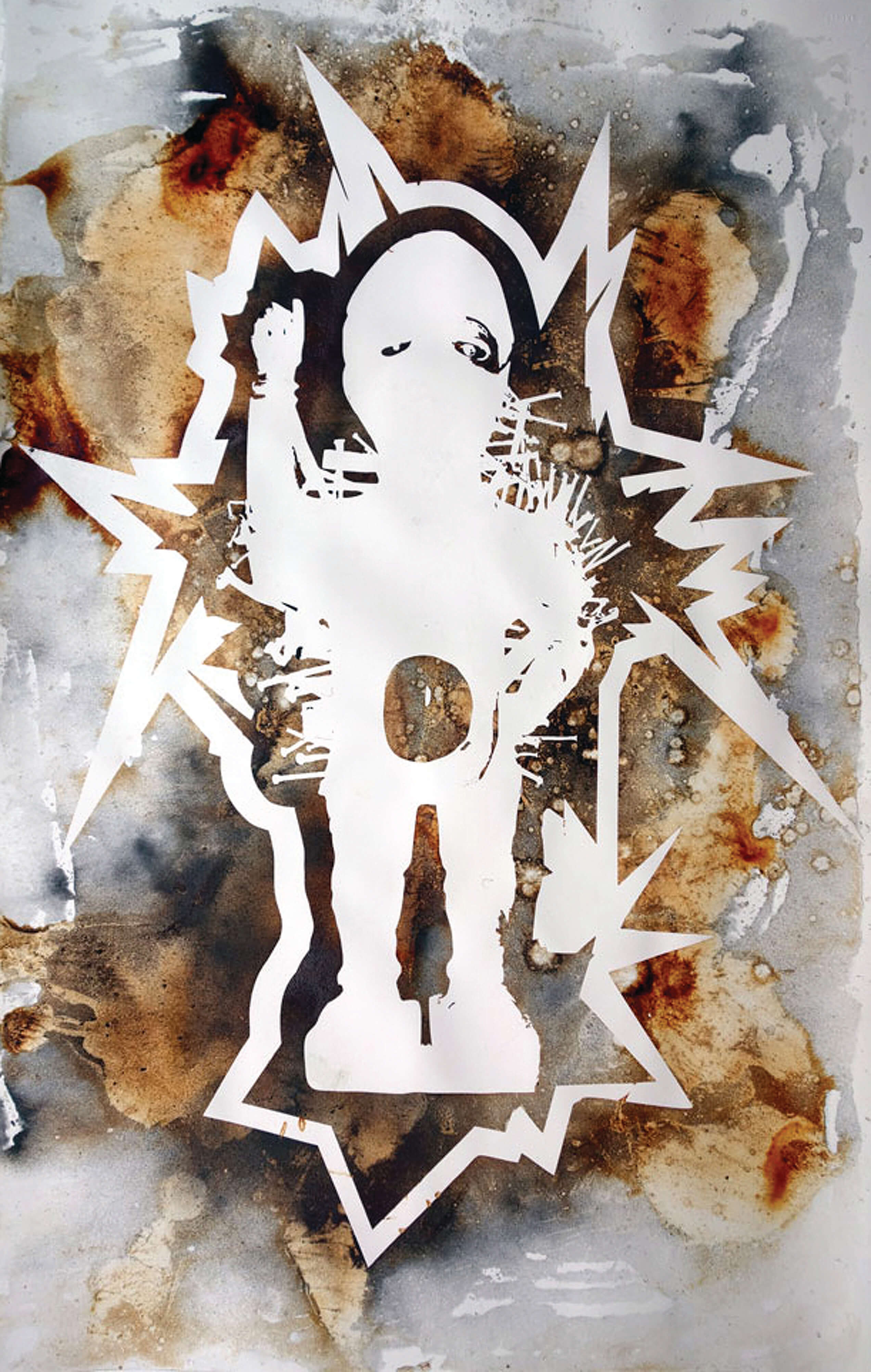 Kendell Geers, The Wretched of the Earth, 2015. Image courtesy of the artist.

In 1550, the Venetian cartographer Giovanni Battista Ramusio depicted the African continent with the South on top, an orientation that was followed by Leo Africanus in 1556 and again a century later by Giovanni Battista Nicolosi. Whilst it has since become the habit and norm to depict the round planet with North on top, the convention speaks more about the national identity of the mapmakers and the place of Europe than the lie of the land. Our image of the world map is determined by where we see our place on that map. “Since Mercator produced his global map over four hundred years ago for the age of Europeans world domination, cartographers have clung to it, despite its having been long outdated by events. They have sought to render it topical by cosmetic corrections,” wrote German historian Arno Peters, “… The European world concept, as the last expression of a subjective global view of primitive peoples, must give way to an objective global concept. The cartographic profession is, by its retention of old precepts based on the Eurocentric global concept, incapable of developing this egalitarian world map which alone can demonstrate the parity of all peoples of the earth”.

“The issue of the magazine that I have been invited to guest edit has been conceived of as an exorcism, breathing spirit back into matter through an interrogation of form and content.”

The issue of the magazine that I have been invited to guest edit has been conceived of as an exorcism, breathing spirit back into matter through an interrogation of form and content. Black Americans, White Africans, European Arabs, indigenous and immigrant, all of us – whether from the continent or the ever-growing diaspora – are authentic and curious. African art, culture, and the fluidity of identity are rooted in the social, political, and spiritual communities of artists whose work opens our eyes to truths we are otherwise blind to see. The work of art exists at the intersection between flesh and spirit, between politics and identity, at the sharpest edge of the anvils of experience. “Politics, it goes without saying, is closely related to the social. The latter is to the former as the artist’s hand is to his mind… The [African] service will have been to contribute, with other peoples, to remaking the unit man and World: to binding the ﬂesh to the spirit, man to his fellow, stone to God. In other words, to binding the real to the spiritual surreal – through man not as the centre, but as the point, the navel, of the World.” (Leopold Senghor)