The A.M Qattan Foundation opens a new cultural centre in Palestine amidst challenges

When I was an art student I went to visit Omar Al-Qattan – the chairman of the A.M Qattan Foundation at the gallery space the ‘Mosaic Rooms’ – one of the Foundation’s many initiatives. I asked all sorts of questions about their contemporary Middle Eastern collection and my enthusiasm was as a university student’s often is – inspired.

The Foundation was established in London by the late Palestinian Philanthropist Abdel Mohsin Al-Qattan. It was individuals like Abdel and his son Omar who inspired myself and many others through their own dedication to go on a journey of exploring the arts of the Arab world, Diaspora and cultural and educational development in Palestine.

The Foundation’s main goal is still as it has always been – “to be a national foundation that serves all Palestinians anywhere they are while recognizing the importance of the Diaspora, the common heritage between Palestine and the Arab world”. They are keen to showcase the huge influence of cultural exchanges with Palestinians and other nations whilst remaining politically neutral, innovative and intellectually progressive. 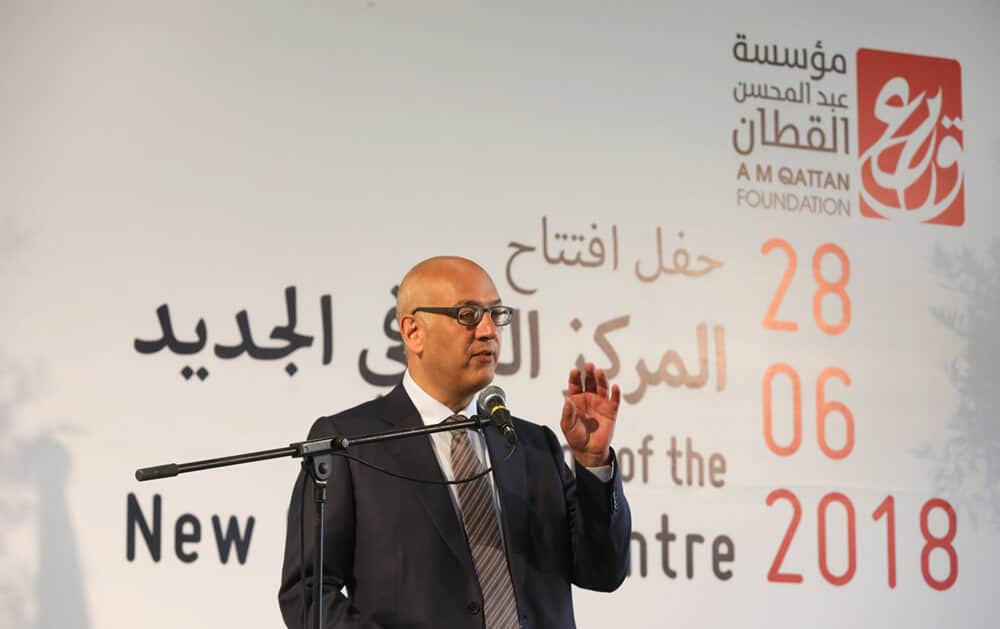 Now a decade later, I’m sitting across the world and writing a short piece about the A.M. Qattan Foundation’s new venture – a cultural centre in Ramallah and I am inspired again.

The centre which opened on 28th June – is the fifth building project that the A. M. Qattan Foundation has inaugurated since its inception 20 years ago.

The 82,000 square-foot building was designed by Seville-based Donaire Architectos – who were selected after winning an international competition for the project. The distinct cube creation stands apart from the rest of the landscape – its looming sharp clean form – delivers a message of order, hope and innovation.

The centre contains a model classroom, an education resource room, a theatre, a gallery, a multi-purpose hall, music and dance studio spaces, a guesthouse, several wide terraces suitable for open-air activities, internal and external gardens and a restaurant. In addition to this, the spectacular Leila Miqdadi-Al-Qattan Library contains a collection of almost 30,000 books on education, culture and social sciences.

Ziad Khalaf, General Director of the Foundation, states that “the experience of the last twenty years has informed the design of the new building”. In addition to achieving an aesthetically pleasing design – the building needed to be “green” which they accomplished. 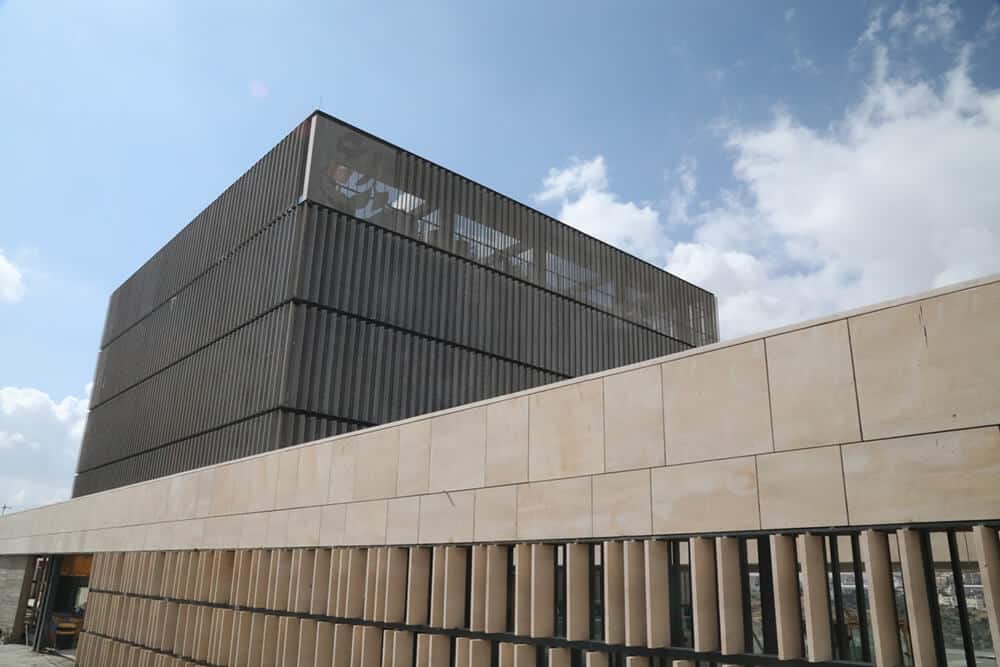 The Foundation believes “it is part of the individual, collective and institutional responsibility to conserve the environment”.

Omar Qattan –  is also both realistic and excited about this next chapter. He explains that “the centre wants to rely on its own in-house programs and the building itself to generate it’s expansion and growth”.  Omar says “we hope it might be a modest microcosm of urban public life, something that Palestinian cities lack”.

He is familiar with the challenging process of such projects in the West Bank due to the continuing political unrest and occupation – as a result, delays were encountered throughout the construction process – particularly arbitrary related. Omar explains “many systems and designs were new to local contractors and more generally to the country – hence this required more time in training and testing, we also had to import materials which were not locally available”. Optimistic and unwavered by the obstacles, and aligning himself with his father’s vision and that of the Foundation when he explains “the Foundation aspires to present a living and vibrant example of the Palestinian people’s ability to produce free individuals, able to build a free society; where everyone works for the public interest in defense of freedom and justice; and where our society can be a producer of knowledge, creativity and new thinking”.

When looking at the Foundation’s history it is apparent they will continue in their role in cultural and educational development with the same dedication and fervour they always have –  against any odds. 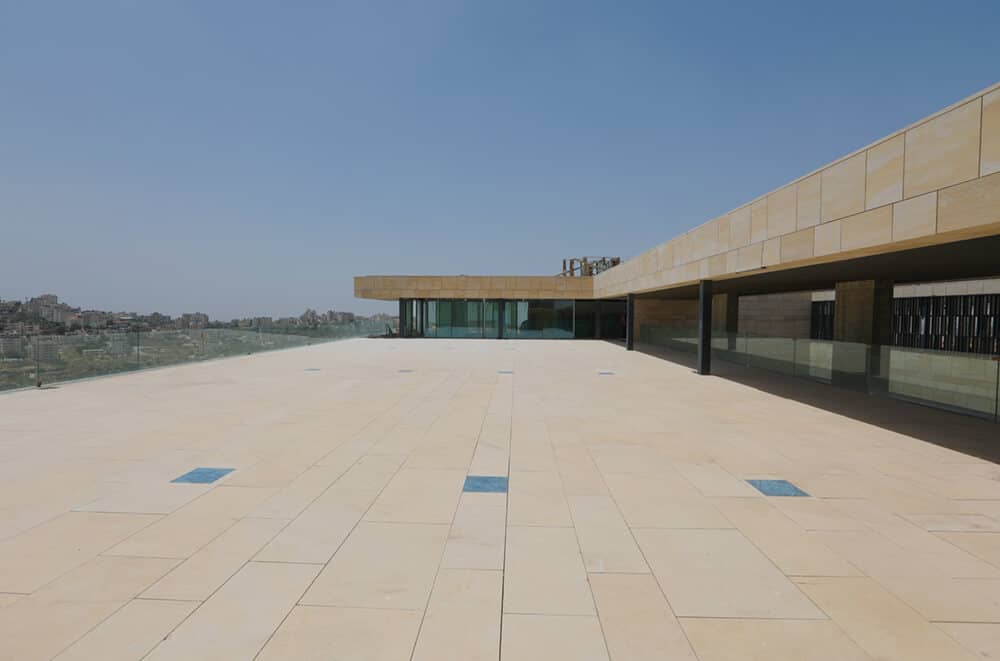 The venue has been inaugurated with the exhibition ‘Subcontracted Nation’. Curated by Yazid Anani, the exhibition features work by over 60 artists and collectives, including Larissa Sansour, and explores quite aptly the meaning of the nation state.