A Muse for Africa: Museum of Black Civilisations

There have been many contributing elements which have influenced the narrative of Africa. Whether those elements are positive or negative, defining Africa has, for the most part, been determined, largely by outsiders contributing to the global image and perception of Africa. These are just some of the reasons Africa and the world took notice when news of the creation of a museum of black civilisations in Senegal surfaced. Intended to not merely serve as a monument – this technologically advanced, four-story, and 148 00 square foot glass and wooden façade structure – aims to serve more as a creative hub for showcasing and sharing African identity on the continent. The museum is as much a reflection of Africa’s cultural aesthetics as it bears resemblance to the designs of traditional circular South Senegalese homes whilst making an architectural statement of Africa’s technological and futuristic advancement. 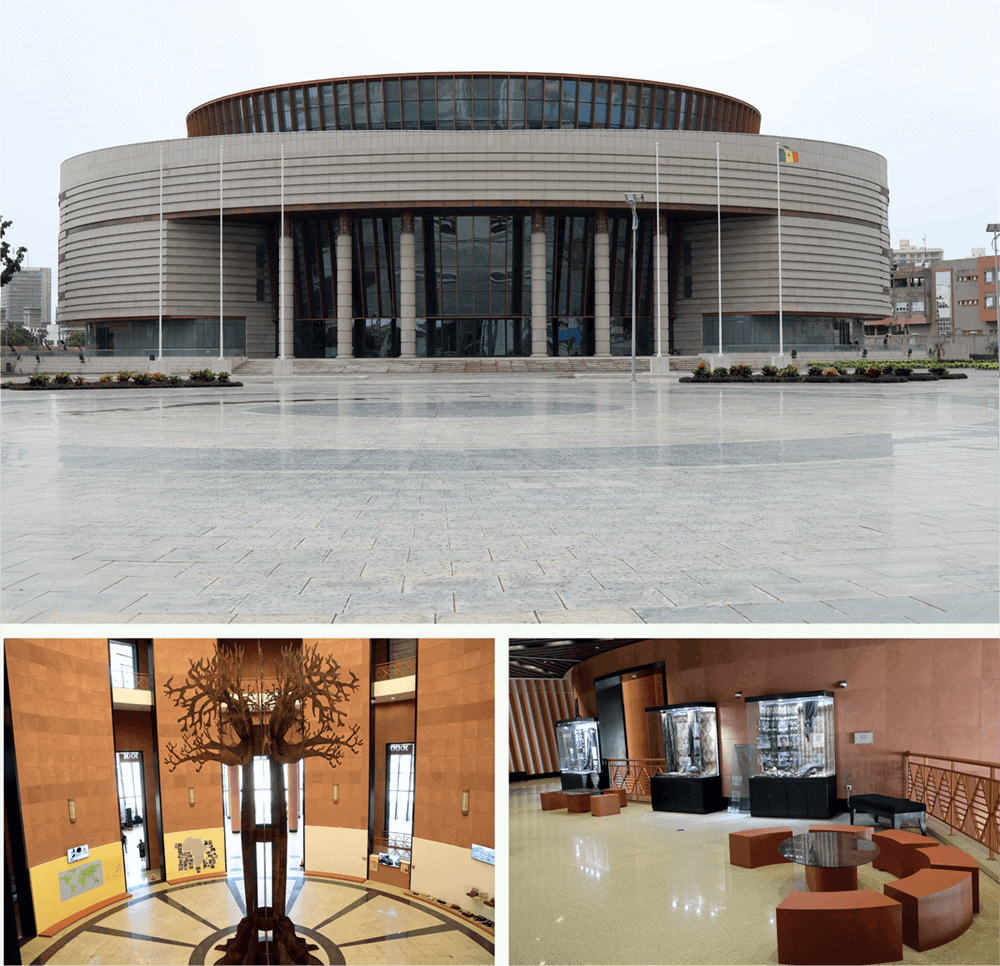 TOP: Exterior of Museum of Black Civilisation. BOTTOM: Exhibitions currently on at the museum.

As has been the case in far too many instances involving the continent’s emancipation, there once again have been external forces responsible for dampening this incarnation of Pan African ascension. What exists now, as this Museum of Black Civilisations is a new structural home of African artistic knowledge systems, is a far cry from the African Socialist dream that former Senegalese President Leopold Sédar Senghor first envisioned.

To understand why there are such vast differences between the space which one of the godfathers of Negritude envisioned and that which President Macky Sall opened in 2018, one would need to unpack the challenges which this space currently finds itself grappling with. Paramount to which is the difficulty of this African based museum space having to enter negotiations with Western countries for the return of many African artefacts stolen from the continent, that are held in European museum collections. Until the return of the artefacts, this museum which is the largest in Africa will continue to house only a fraction of the works rightfully owned by the continent. The nearly 40,000 square feet of exhibition space already houses ancient skulls, early age stone tools, textiles, an intricately striated Kifwebe mask from the Democratic Republic of Congo, entangled fabric installations from Cuban artist Elio Rodriguez, a mixed media installation by South African artist Andries Botha, as well as various other pieces from across Africa and the Caribbean. Also included at the museum is an exhibition titled ‘The Caravans of the Caravel’, which showcases trans-Atlantic and trans-Sahara human trade 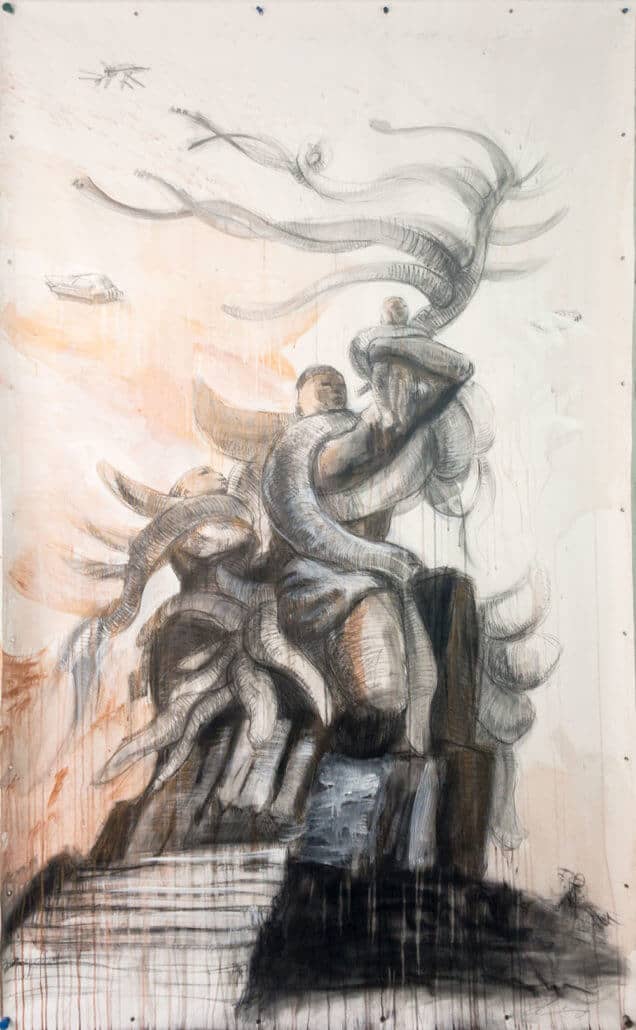 The reasoning behind delays of African artefacts by colonial-era looters has been cited to range from uncertainty towards Africa’s ability to correctly safeguard and preserve the various cultural relics, to the contention of the actual ownership of these artefacts. All of these have been called into question. The long-held rhetoric of Africa’s inability and perception of having ill-equipped institutional infrastructure to preserve artefacts has been challenged by the technological advancements this museum boasts.  For example, the museum has placed climate and humidity control systems which are vital for any housing of historical objects. Many of these artefacts belong to civilisations which are no longer in existence today – such as the Dahomey, today known as Benin and includes the area that is now Nigeria. Whilst Jean-Yves Le Drian, the French Foreign Minister protests returning African historical objects on grounds of “Inalienability and imprescriptible” the French President Emmanuel Macron disagrees. In his 2017 address to a group of students from University of Ouagadougou, Burkina Faso, in opposition to his Foreign Minister’s objections he said, “I cannot accept that a large part of cultural heritage from several African countries is in France.”

Though statements such as these by Macron suggest a considerable effort by the French to right the wrongs which they committed circa 1892 to 1894 where an estimated 4,500 to 6,000 artefacts were stolen during the Franco-Dahomean War – there is uncertainty and contradictions. As one learns that this very same French government who has been so insistent on the returning African artefacts, has placed conditions on this and Africa’s progression continues to be dictated by external forces. 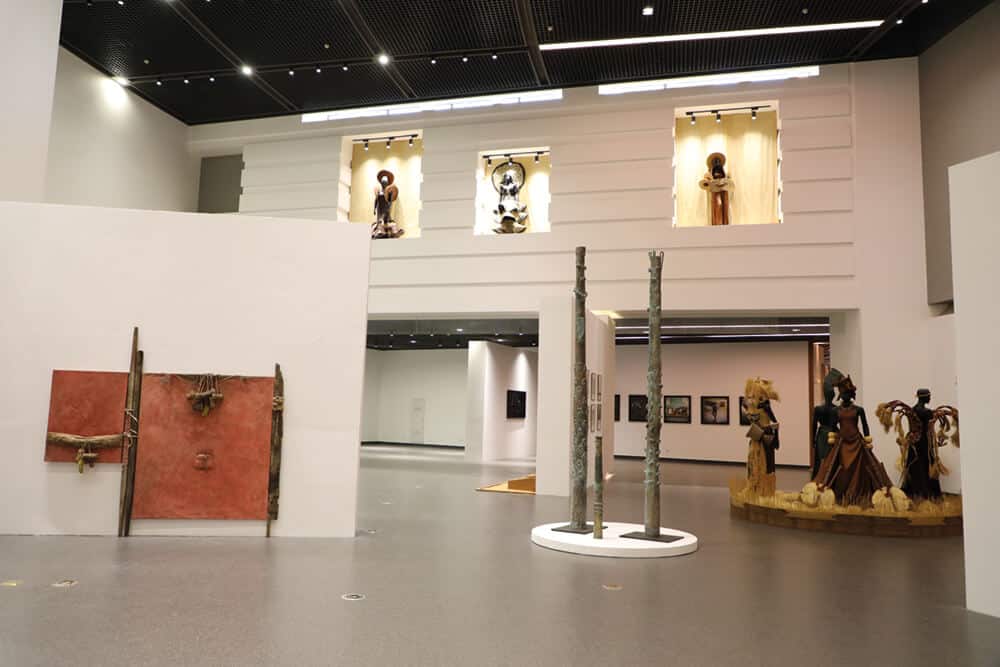 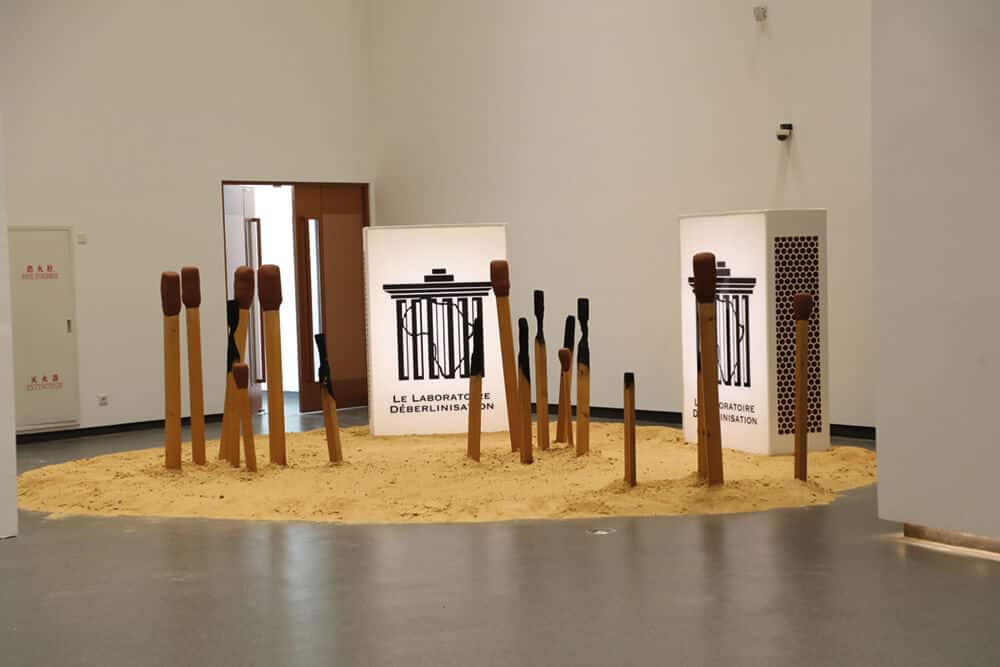 Current exhibitions. Courtesy of the Museum of Black Civilisation.

The question arises – should Africa be grateful when a former colonial master declares the return of stolen artefacts will be made or, at the very least, returned on loan? Perhaps this bitter pill is one we need to swallow – given recent events involving the looting and destruction of priceless historical manuscripts in Timbuktu’s Ahmed Baba Institute of Islamic Studies. After the destruction of this state-of-the-art institute spearheaded by former President Thabo Mbeki, many nay-sayers would probably have said, “That is what Africans do”. Surely this would substantiate the Western stance of wrapping us in cotton wool. If so, what happens in those cases when Europeans are found conducting themselves in less than stellar ways surrounding their historical artefacts? As was the case after protests in Greece after plans by the government surfaced to sell off historic national buildings to aid in the country’s debt relief. Who does the West then need to answer to? If other nations can have a say over the direction and growth of their own cultural development, why aren’t Africans?

“If other nations can have a say over the direction and growth of their own cultural development, why aren’t Africans?”

There have been instances of other nations who had been victims to similar atrocities of cultural looting, taking measures to ensure that they not only insist on the returning of their artefacts, but also push forth for financial retribution. Case in point is a 2007 lawsuit by a Jewish American family who had discovered that a painting which had been stolen from a Jewish collector and art dealer in a forced sale during the Third Reich, subsequently belonging to their family. They discovered through a 2017 Federal court judgement they could sue Germany for the items taken under duress in Nazi Germany under the Foreign Sovereign Immunities Act. This begs the question of whether the time for Africa to play nice is over and that perhaps suing is a sterner means which would reap faster results for us as a people in these matters. 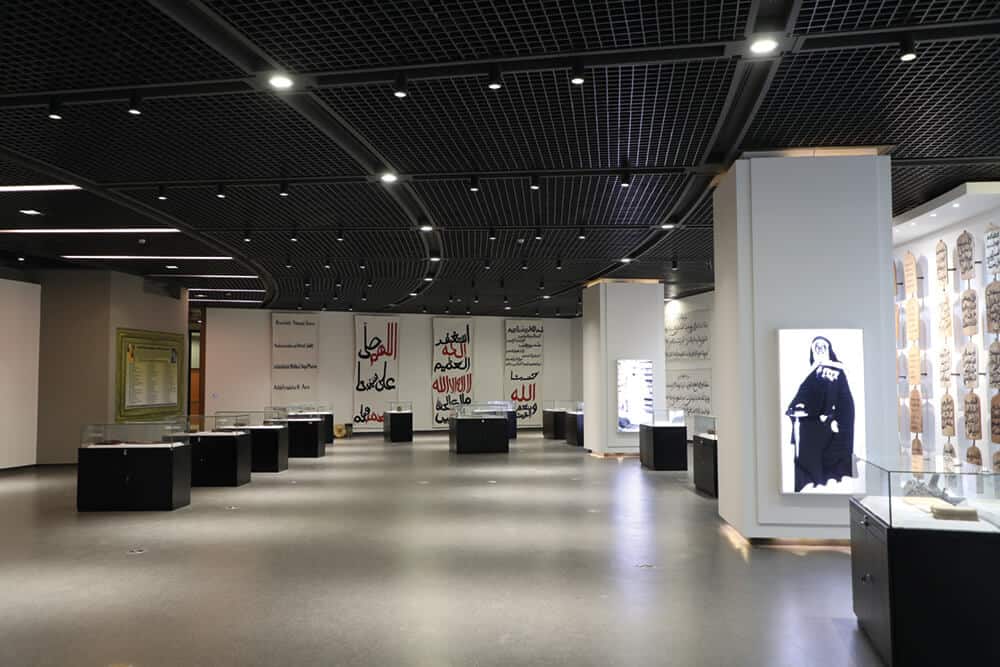 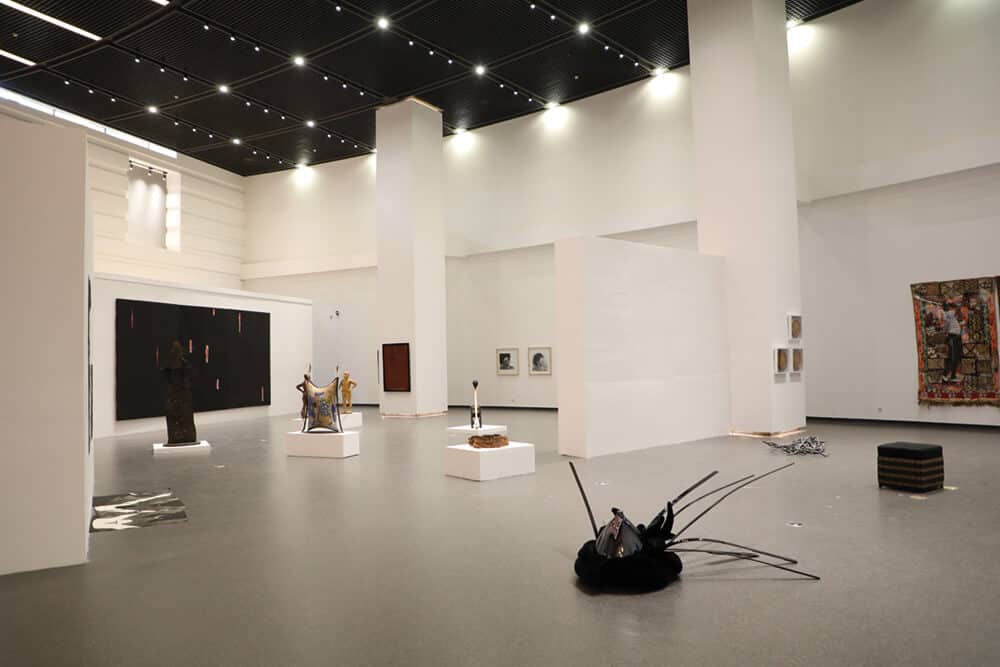 Current exhibitions. Courtesy of the Museum of Black Civilisation.

When all is said and done and the African artefacts which include 10 00 pieces of Senegalese art, pottery, photography ancient fishing nets with mathematical codes making up their intricate system of knots, are eventually returned – only then will Africans finally be able to lay claim to our many historical, cultural and artistic achievements from the continent. All of which proves that the so-called dark continent has forever been a beacon of radiant knowledge systems. This would simultaneously fulfil the dream by Senghor, this museum’s spaces conceptualise. There is, however, one final element which may threaten the positive development of this African story once Europeans return all that belong to Africa. This comes not from the West but from the East under the guise of the Chinese funders, who aided financially in the construction of this monumental structure of African creativity. Could this sleeping giant revolt against us when we least expect and if China is the new obstacle in African development – this is yet to be established.