The most extensive collection of paintings by South African Impressionist Adriaan Boshoff is on permanent display in a museum wing named in his honour.

The Adriaan Boshoff Museum – housed in the wing of a new private art museum – was opened by Professor Alexander Duffey, head of department of the University of Pretoria Arts in March 2019. The Adriaan Boshoff Museum is one of the latest additions to the burgeoning scene of private art museums in South Africa, and the works are under the custodianship of Cobus du Plessis and Mari Dartnall. Situated on the grounds of the Francolin Conservancy – close to Pretoria, South Africa – this wing forms part of a more comprehensive complex, which on completion will be formally called The Legacy Collection.

Adriaan Boshoff (1935-2007) was known as one of South Africa’s greatest Impressionist artists. A self-taught artist, he was a prolific painter of landscapes, seascapes, still life and figures. Through his impressionistic style, Boshoff tried, not so much to capture light, as to stop time, in his own words “I want to capture fleeting moments before they disappear forever.”

Curious by nature, Boshoff absorbed everything he saw and read, immersing himself in every art publication he could find. As a peerless romantic impressionist in South Africa, he was influenced by European Impressionists such as Laura Knight, Berthe Morisot and Mary Cassatt. He simulated his surroundings in his paintings through his unique and balanced compositions bringing to life his memories and daily observations. 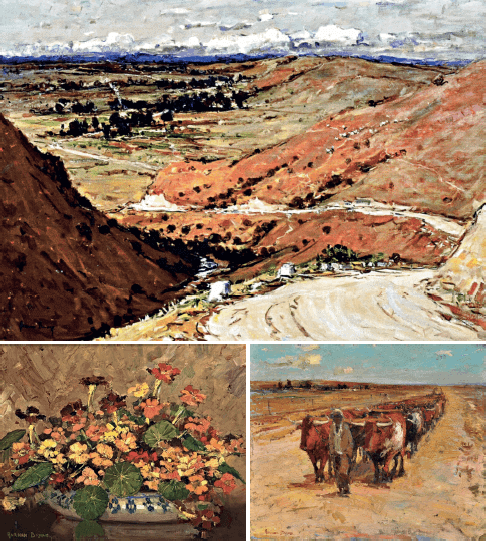 “Boshoff sought to capture the light and atmosphere of the scene to attain essential movement and depth in his paintings – it was of utmost importance to the artist to use both colour and light.”

The 150 large scale paintings on display are grouped according to specific themes as curated by Mari Dartnall. The exhibition begins with Boshoff’s landscape works. Epitomised by The Road to Calvinia – one of the most massive landscape paintings Boshoff ever made – the work depicts a road slaloming down the Hantam Mountains near Calvinia in the Northern Cape. The work lures the eye of the viewer into the sunlit centre of the composition. Boshoff’s muted palette matches the natural environment of Calvinia and this typical South African landscape – his expressive brush strokes and the varying tonality of the colours used – defining the volume and vastness of this harsh landscape.

Boshoff’s landscape paintings lead into his farm scenes – exemplified by The Homecoming and Die Touleier, both of which depict cattle. His flower studies and still-life works are exhibited next, including one of his earliest paintings, Nasturtiums in a Bowl (1966). Here the artist uses a warm palette of red, orange, brown and green to capture the flowers in full, exuberant bloom. Boshoff painted a remarkable number of still lives, focusing on flowers and everyday objects. Like all Impressionists, Boshoff sought to capture the light and atmosphere of the scene to attain essential movement and depth in his paintings – it was of utmost importance for the artist to use both colour and light.

These themes resonate with viewers because it takes them back to moments imprinted in their memory. Mari Dartnall explains that “We have witnessed many guests transfixed by a specific painting, becoming highly emotional with tears running down their faces.” 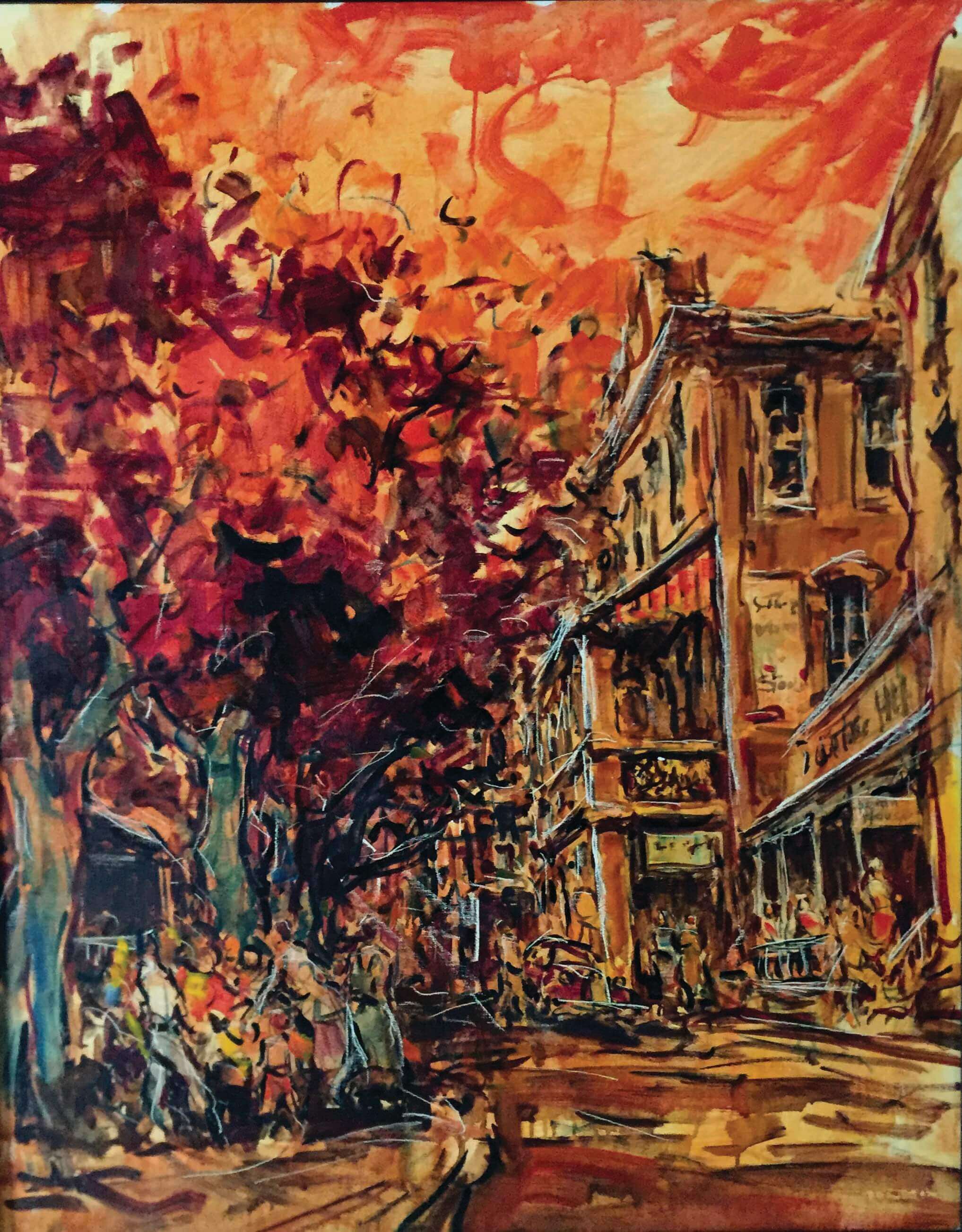 The exhibition closes with two sections that give the viewer insight into the methods used by the artist in his compositions and works in progress. Boshoff believed in planning his work by sketching and drawing on the canvas before he started an oil painting. This practice ensured a sense of harmony between composition, line and background. Streets of My Youth – the last canvas that Boshoff placed on his easel – is perhaps his most famous work in progress and his final attempt to produce that elusive “perfect” painting.

Streets of My Youth was a much sought-after work right from the start with collectors expressing interest in owning it after seeing Boshoff’s mere rough sketch on canvas. Boshoff, who was diagnosed with pancreatic cancer in 2005, lived and worked in excruciating pain for the two years after his diagnosis. He worked every day, adding small areas of paint to the canvas, even when he could not lift his right arm anymore. Perhaps Boshoff realised this would be his last painting – he even built a splint for his arm, operated by ropes and pulleys – that allowed him to keep on painting.

The painting remains as it was found in Boshoff’s studio on the morning of 17 April 2007. The artist collapsed before the easel and passed away as he was preparing his paints.

Boshoff was continually in search of that one painting that would be his ultimate masterpiece. At the start of his career, as an artist with limited means, he would often scrape the paint off a canvas to begin a new composition – as he grew older, he withdrew from society, dedicating his time to observing and painting. Of his work, Boshoff said, “Every work I do must be better than the previous one. I have not produced my best work yet. Perhaps it will be the next one – or maybe the one after that…”

The Legacy Collection at the Francolin Museum complex will consist of four different wings. The curatorial team, headed by Dartnall, has created a home to numerous Impressionist and Post-Impressionist painters of the 19th century and early 20th century. The collection will comprise of close to 300 works by Cape Impressionists, including Alexander Rose-Innes, Hugo Naudé, Terrance McCaw, Gwelo Goodman, Gregoire Boonzaier, Cecil Higgs and Nita Spillhouse, WH Coetzer, Frans Oerder and Tinus de Jongh. Another wing will house more contemporary artists, such as Hennie Niemann Snr., Conrad Theys and Lynn-Marie Eatwell.

The Adriaan Boshoff Wing opened in March 2019, in the Francolin Conservancy. The Orient’s private museum complex is exclusively available to patrons of the Restaurant Mosaic and guests at the Orient Private Hotel.