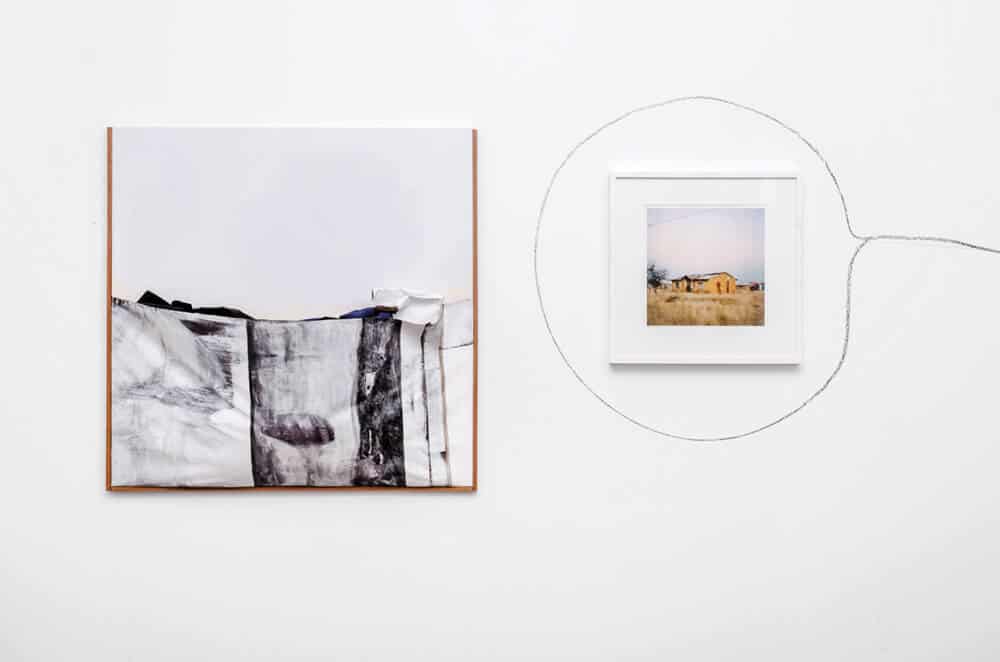 Flanked by two charismatic churches on Buitenkant Street, with its arched front door A4 could be mistaken for one. The Church, of course, has a long associative history with the art world – both deify and render sacrosanct that which, rationally, cannot be understood. Reverence and silence still play a key role, defining the habitat of museums and galleries worldwide. For director Josh Ginsburg, and co-conveners Pamella Dlungwana and Francis Burger, A4’s objective, it would seem, is anything but a temple devoted to rarefaction.

I sat down with Ginsburg and Dlungwana for a conversation about A4 Arts Foundation and the new A4 project space, opening to the public in September 2017. A4, says Ginsburg, wants to build an organisation that is dedicated to nurturing and understanding the art world, very much located in Southern Africa. It seeks to invite “a wider access for contemporary art … understand and share practices across the continent … and reflect on how Southern African art is represented elsewhere in the world.” A4 seeks to both widen and pull the focus, in recognition of what Ginsburg sees as, “a dense and complex environment.”

A4’s regional focus is intriguing – both Ginsburg and Dlungwana are wary of a authoritative ‘South African’ designation. Rather, it is the density and complexity of the current Southern African condition, and the radical variability of its eclectic art practices, which compel them. A creative hub, library, exhibition space, think tank, and, all importantly, a space which constitutively must remain open and undefined, A4 operates as an adjective and a verb rather than a noun. Its very name, which conjures a formal blank sheet, reinforces this openness. And here, incidentally, I’m reminded of the khaki exercise books which I hold up to my students at the beginning of every teaching year. Here, I say, is the basic tool and medium necessary to think and create, for in a digitised cut-and-paste world it is the rudimentary value of an A4 exercise pad – together with a pencil – which remain the primary tools for learning and creativity.

Accessibility is central to A4’s mission. Their objective is to sustain creativity beyond the culture which tertiary art schools merely sustain. ‘Beyond universities’, Ginsburg urges a “deep engagement in clear language.” The sentiment is telling, for an art culture is never reducible to the gobbledegook typically valorised in art schools. That said, Ginsburg is not enshrining plain language at the expense of complex thought. ‘Clear language’ as he understands it is a language that fosters connection, engenders thought, embraces thwarted longing, and transforms a creative environment into a space of stimulation, debate and interactive exchange.

Through a ‘facilitatory process’ A4 works ‘to connect artists and patrons’. It is this splice of often exclusionary worlds – those who create and those who collect – which A4 seeks to gather “under the same hood.” The blue-collar metaphor is telling, for Ginsburg is keenly aware that the divisions entrenched in a high-brow art world can be vaulted, thereby producing new clusters. It is this refashioning and splicing of a divisive culture, which for Ginsburg, distinguishes A4’s ‘DNA quality’. Once again the metaphor is cogent, as far as I can see, A4 is nothing less than an attempt to genetically reengineer the very purpose of art making and its reception and consumption.

Palais de Tokyo in Paris and The Centre for The Less Good Idea in Johannesburg spring to mind as analogUEs for A4’s undertaking.

At the outset of the A4 project we find Wendy Fisher who, while having lived abroad for the past thirty years, has always been umbilically committed to the sustenance and productivity of South Africa’s art culture. Her vision is to “preserve, represent, and show Southern African art”.

Metabolised through A4, this three-pronged initiative, importantly, without preoccupation with the final outcome – the art object and its transaction – is primarily driven by a need to inhabit and facilitate art’s gestation. Incubation, therefore, is a better descriptor. Palais de Tokyo in Paris and The Centre for The Less Good Idea in Johannesburg spring to mind as analogs for A4’s undertaking. And within this orbit, this hub and womb, what matters far more is the realisation, jointly agreed upon by the A4 team, that what defines Southern African art, its practice and commodification, ‘is a question and not something easily agreed to’.

No-one in this hydra-headed organisation ‘takes borders for granted’. Rather, there is an interest in the realities of borders that are also always ‘permeable’, albeit workable and efficacious. Their circumspection is critical – “a protection against laying claims to the continent” or to a country. Instead, by connecting people – artists and patrons – Ginsburg envisions the production of a more enabling ‘arts ecology’. As ‘a hub and home’ A4 is “a place to rest your ideas,” says Ginsburg. “You don’t have to catalyse a fixed show” because, intriguingly, A4 fosters “the willpower to be uncertain for an extended time.”

In a hyped up quick-fix world driven by turnover, this vision – one which allows for ‘rest’, for uncertainty – cannot be underestimated. Ginsburg, however, is abstemious enough to make a clear division between long-running artists’ collectives such as Cape Town’s Greatmore Studios and CAP (Community Arts Project). Dlungwana concurs, noting that A4 is ‘a chicklet emerging from a shell in a most potent time in the country, a time in which we are more receptive to ideas from everywhere’. This qualification deserves further attention, for what is it that makes ours a ‘potent time’? Certainly it is the global fixation upon and marketability of African art. For A4, however, it is not its commercial allure that is of primary concern but the capacity of the arts to rewire both historical and current global perceptions of Africa. To my mind, A4 is engaged in the battle on behalf of new ideas, new feelings, about what it means to be a creator right now. The economy of exchange is not set in stone. Mercurial, open-ended, it urges new states of engagement, new aesthetic relationalities – a new global human ethic in-and-through which a new art can subsist.

A4 fosters “the willpower to be uncertain for an extended time” 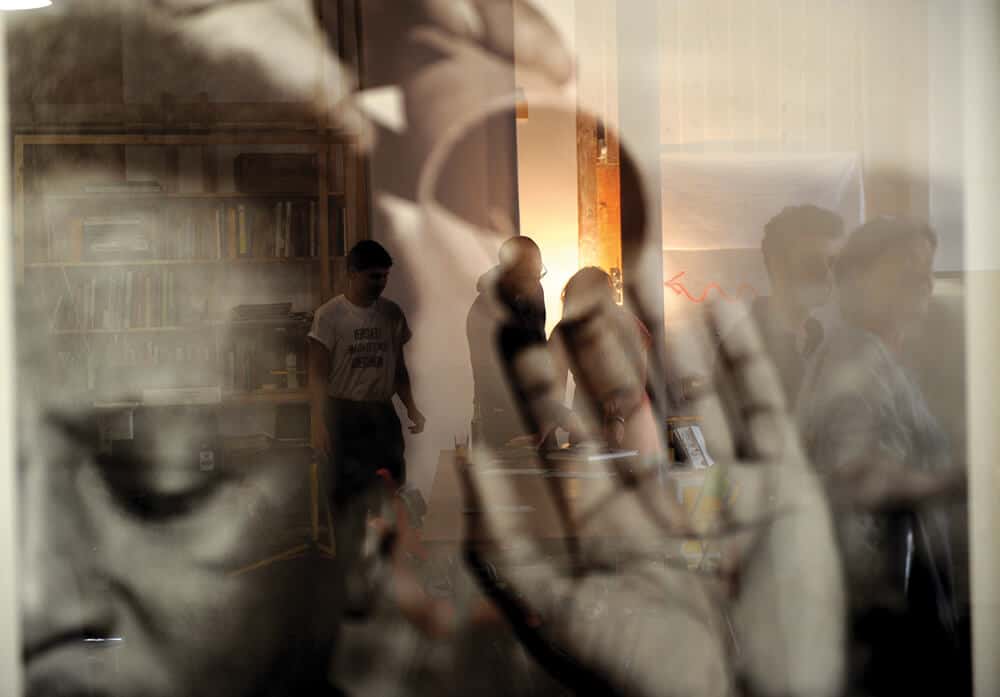 However, while inclusive, A4’s vision is not illiberal nor fecklessly libertine. Its core challenge lies in always remaining ‘receptive’ – mainlining difficulty, bridging divides, and essentially engendering inclusive possibilities. Theirs is ‘a fertile ground’ which, in this aggravated, aggrieved, and impatient time, embraces a non-parallel time without pressure, without a quantifiable objective. For as Dlungwana puts it, A4 is “a soft landing space.”

In September A4 will showcase Kemang Wa Lehulere and Ziphozenkosi Dayile’s group show, ‘You & I’. Given Dayile’s investment in collaborative practice, and Wa Lehulere’s abiding interest in human and creative connectivity, in art which challenges objectification and binds the human, which excavates suppressed histories, repurposes the ordinary, and articulates as yet unspoken and unsung dreams, it is more-or-less clear where A4, as a platform, engine room, or nest, might will us.

Ashraf Jamal is a teacher, writer and editor.

This article was published in ART AFRICA 09, Liberation Is Not Deliverance.