Marguerite Kirsten, a fine artist from Cape Town, fought off stiff competition from visual artists from across Africa to take top honours in the 2018 Absa L’Atelier awards. Her compatriot, Philiswa Lila, a fine artist and scholar from the Eastern Cape (based in Gauteng) walked away with this year’s Gerard Sekoto Award. 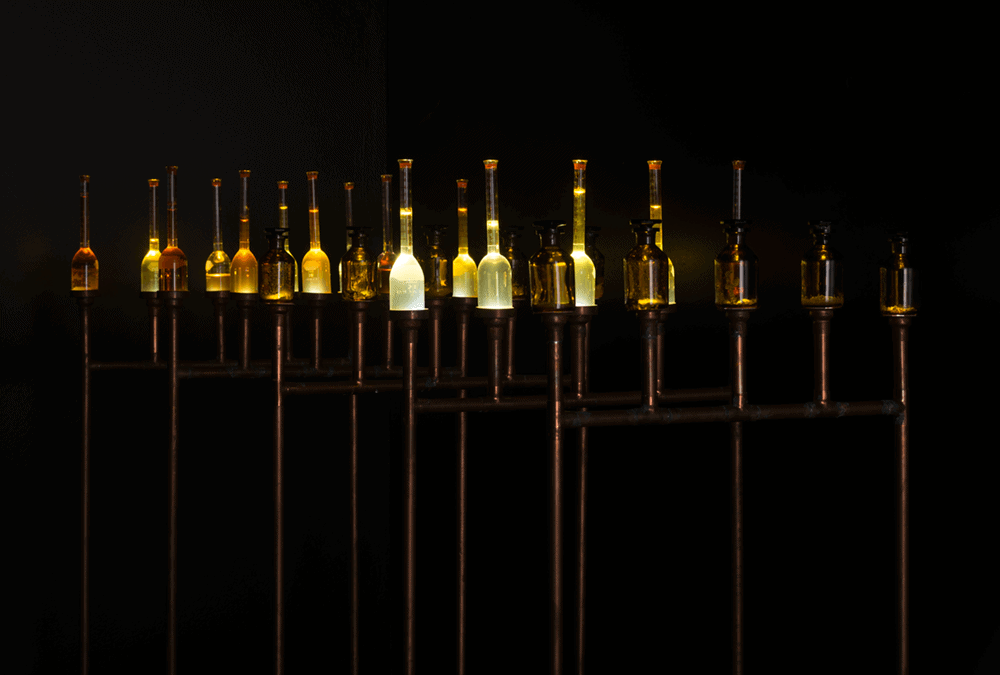 Kirsten won the overall Absa L’Atelier Award for her installation Embodiment. Having grown up, and continuing to live, with various medical conditions, Kirsten feels her body has become an instrument of the medical fraternity. This work, comprising various fluids that represent the ephemeral nature of her body, sought to strengthen and dignify the artist’s physical body in the face of this perceived objectification.

Lila scooped the Gerard Sekoto Award for Self-Titled, a series of self-portraits related to her name, Philiswa, which means ‘be healed’. The artist used her name to explore the nuances of language, meaning and experiences of individualism as recognisable or familiar to collective frameworks of culture, mainly in isiXhosa. 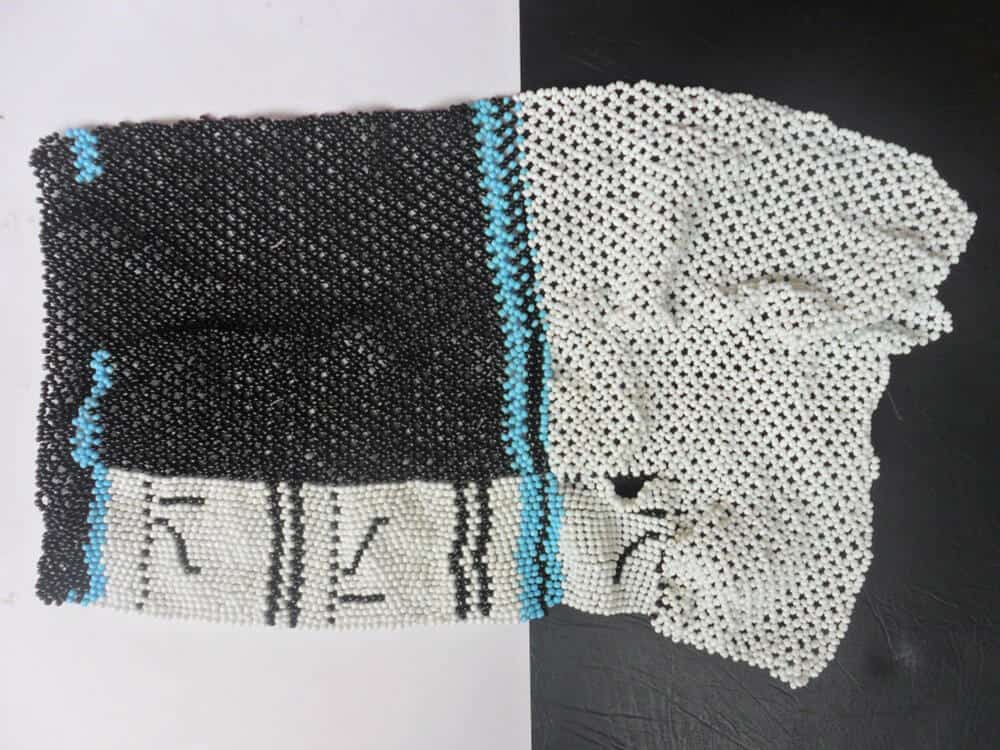 The Gerard Sekoto Award for the most promising artist is sponsored by the French Embassy, Alliance Franciase and French Institute. It is only available to a South African artist who has previously entered the L’Atelier Awards and who has demonstrated continual improvement in their art-making. 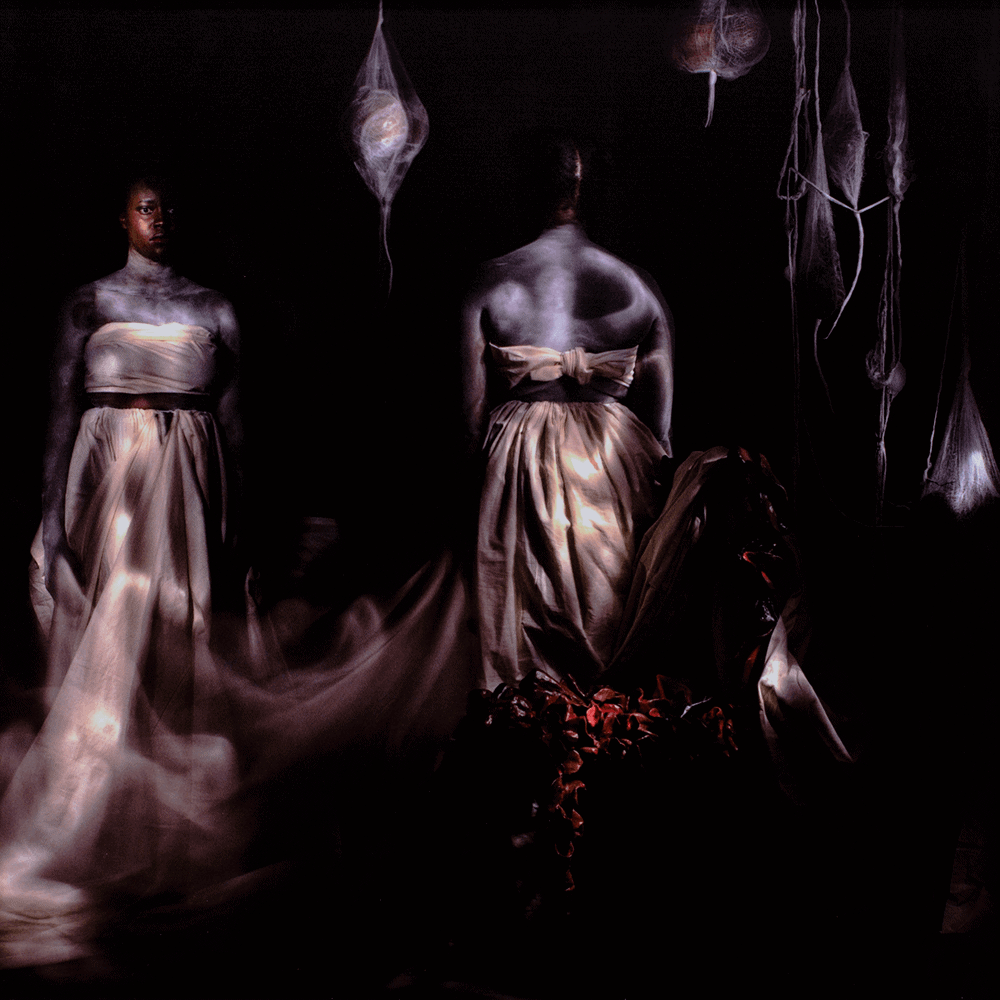 The Absa L’Atelier awards has become a touchstone for the concerns consuming young people on the continent.  Works referencing hair styles as a form of expression, identity and a site of contestation were prominent in previous years and remained important to a number of this year’s entrants, such as Nonkululeko Sibande, Lebohang Motaung (both from South Africa) and Darlyne Komukama (Uganda).

Some artworks offered insights into the particular conditions and contexts from the artist’s countries of origin – constant power outages in Lagos, Nigeria, accounted for the unexpected metaphor between electricity generators and religious shrines by Ayo Akinwande, for example. Pressing political issues regarding land ownership in South Africa surfaced in works by Vianca Malan, Mhlonishwa Chiliza, Karla Nixon and Ciara Struwig, while forced removals and land ownership were mirrored in Bya’bazzukulu (For Grandchildren) by Donald Wasswa. 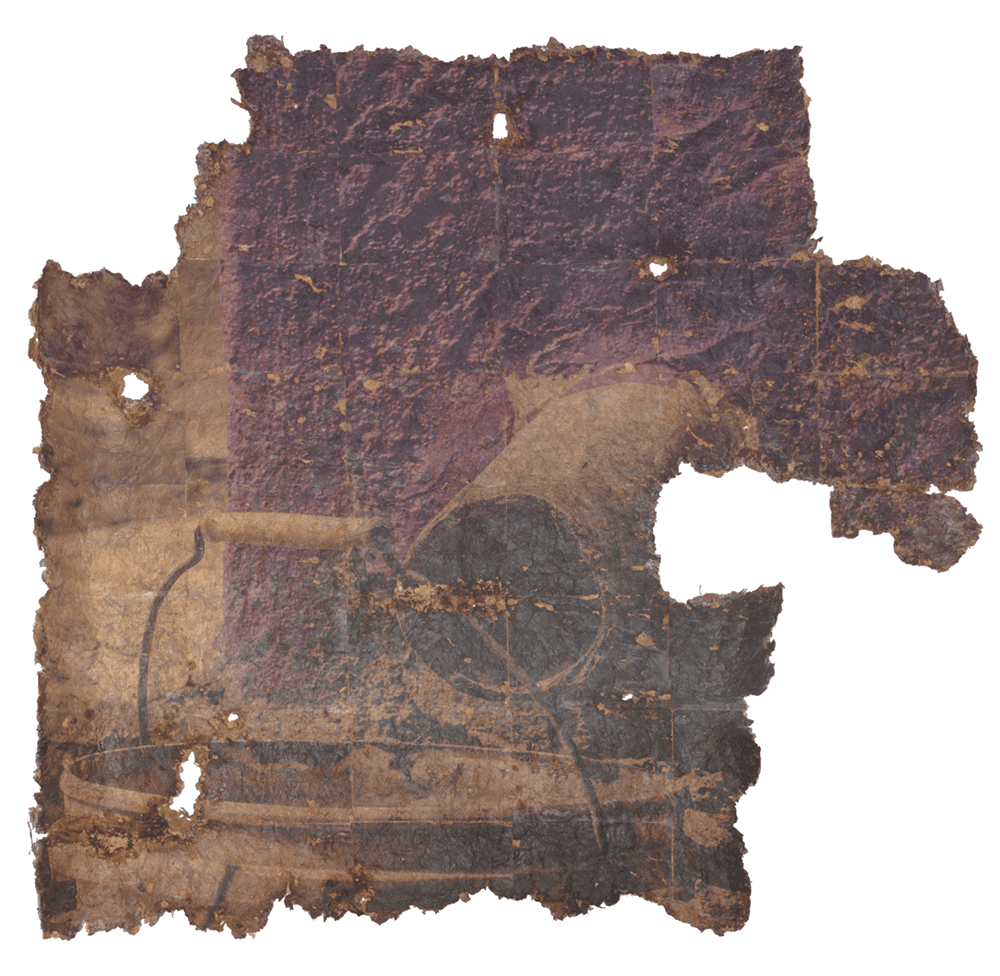 Challenging fixed gender roles was again a prominent theme, as seen in the work of Mzoxolo Mayongo and Matimu Lloyd Maluleke. These artworks affirm not only the dominance of sociopolitical discourse, but the artists’ perceptions that contemporary practice is irretrievably tied to addressing them.

Absa L’Atelier has been shining a light on promising young African artists’ work for over 33 years. Not only do the awards identify bright young talent but they provide a solid foundation for the further growth of these artist’s potential, giving them the opportunity to step into the spotlight on the world stage.

By highlighting the work of new artists from the African continent, Absa L’Atelier proves that they are committed to taking work from where it may have been unknown, in the dark, and presenting it to a global audience – bringing it to light. This essence reflects the 2019 L’Atelier theme, Give Art Light, which was unveiled at the Awards’ gala evening on Wednesday, 12 September 2018. 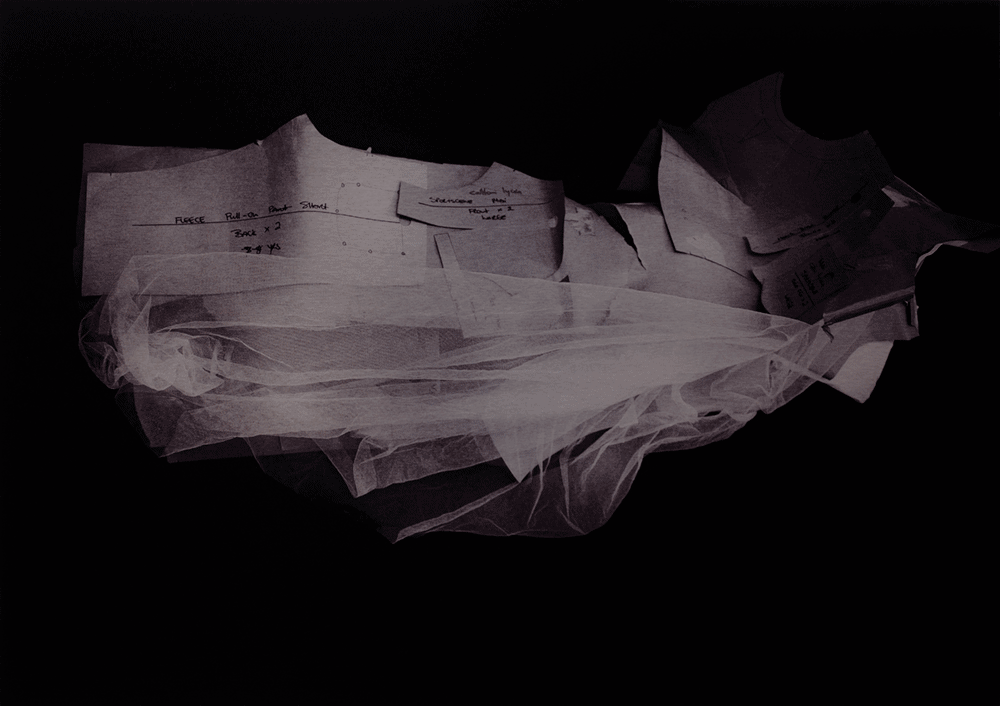 Dr Paul Bayliss, Absa Art and Museum Curator, says this idea is also in line with the ethos of Absa’s new Africanacity identity. “Bringing to light the best art on the continent, lighting up the careers of artists from all over Africa, putting the spotlight firmly on African artists for more than three decades, and investing in Africa’s creative economy for this length of time, all represent the spirit of Africanacity. These are the physical manifestations of the inspirational Africanacity idea in action,” he says.

The Absa L’Atelier art competition is jointly sponsored by Absa and the South African National Association for the Visual Arts (SANAVA), and is one of the longest-running and most prestigious visual arts competitions on the African continent. It was established in South Africa 33 years ago, but in recent years has been expanded to include a number of other African countries in order to reach more young artists and further the unparalleled opportunities it affords those who participate in the competition.

“The L’Atelier Awards embrace emerging artists from our continent. This competition has become the voice and lens through which we experience and access various societies, and has rendered the borders between our country and the rest of Africa, porous,” says Avitha Sooful, president of SANAVA.

This year was the first time that the awards were extended to include Nigeria and Namibia. The newcomers really shone, with a vast number of outstanding pieces catching the eye of the adjudicators, who appreciated their interpretation of ‘the contemporary’ with the African visual art context.

A total of 12 countries now participate in the competition which, aside from Nigeria and Namibia, include South Africa, Botswana, Ghana, Zambia, Kenya, Uganda, Tanzania, Mauritius, Seychelles and Mozambique.