Nearly thirty artists from across the continent have already come on board by donating artworks for auction at the Amref Health Africa ArtBall to be held in New York on Wednesday the 8th of June 2016. The works have been donated to the #AmrefArtBall in order to help raise funds for Amref Health Africa’s innovative grassroot programmes that span across thirty-five countries and touch millions of people throughout sub-Saharan Africa every year. 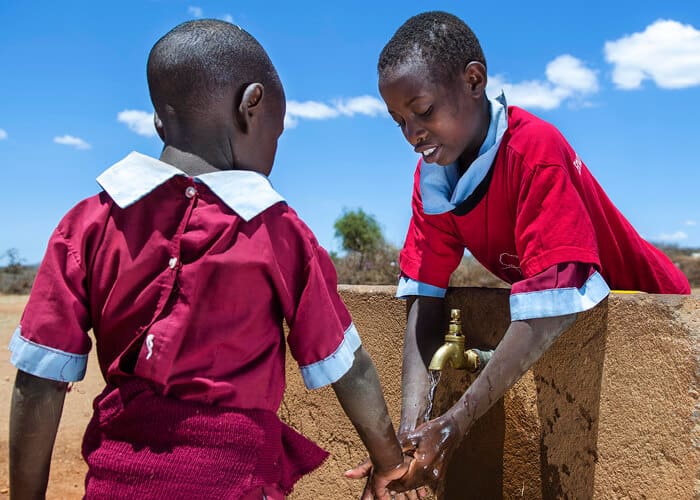 Artists include the likes of Paa Joe (Ghana), Tahir Carl Karmali (Kenya), George Lilanga (Tanzania) and Wiz Kudowor (Ghana) whose works complement the aims of Amref Health Africa. Their artwork addresses a mutltitude of significant issues and challenges faced on the continent. By creating dialogue around these issues, as well as giving exposure to the often unreported beautiful and unique facets, these artists also contribute to the overall health (social, political, economic and more) of the continent going forward. 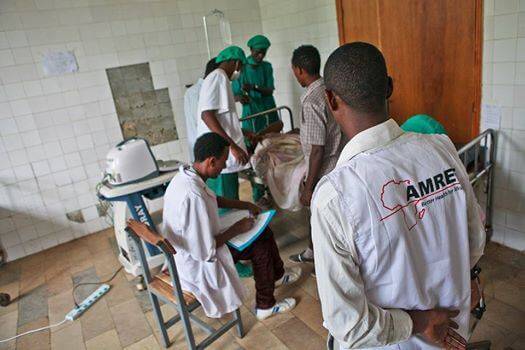 One of these artists is Paa Joe (Ghana), the most highly esteemed coffin-maker of his generation. Blurring the line between art and craft, each coffin is carefully constructed to reflect the ambition or trade of the client. They perfectly illustrate the Ghanaian approach to the theme of death: rather than being macabre objects of sorrow, they instead vividly affirm the subject’s life. His creations include coffins shaped as (but not limited to) airplanes, cars, lions, eagles, shoes and even a uterus for a local gynaecologist. His donation to the ArtBall is a solemn tribute to victims of the Ebola epidemic. 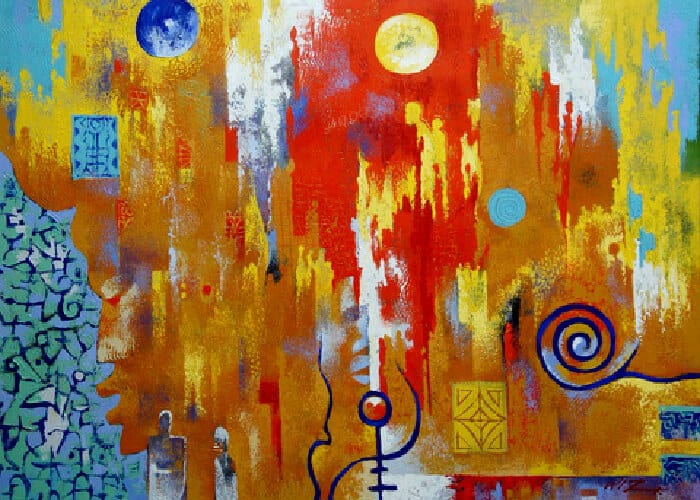 Hailing from the same country, Wiz Kudowor is Ghana’s favourite contemporary artist with a career spanning thirty years. His paintings celebrate traditional African symbolism and mythology (both Ghanaian and Egyptian), while also taking inspiration from the Western painting styles of Cubism and Futurism. His work is held in various international collections across the globe and he has won a host of prizes including the Osaka Triennale Bronze Prize and the Ghana Airways Silver Jubilee Art Contest. 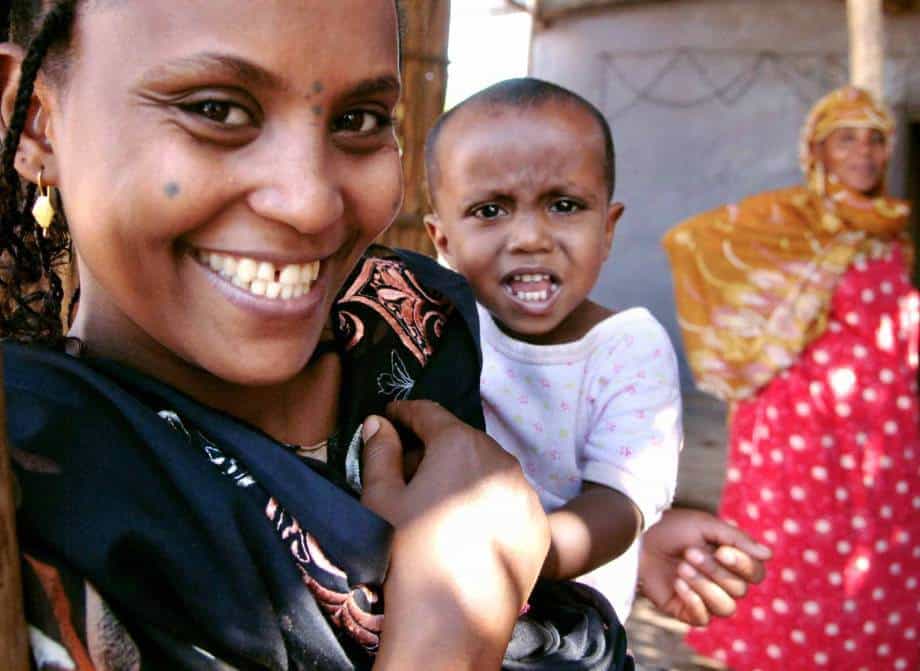 Over in East Africa, and known as the “Picasso of Africa,” George Lilanga (Tanzania) was given his big break while working as a security guard for the Nyerere Cultural Centre. When the management of the centre saw his carvings, they immediately recognised his talent and assisted him to expand his artistic education to include drawing and painting. His colourful and expressive ‘shetani’ characters (East African spirits or demons) caught the attention of the art world and his artworks were showcased across Europe, the United States and in Japan. His spirits are as tongue-in-cheek as the titles for his works, including There’s a word but I’ve forgotten it, Wait a minute, my neck is itchy and When children play they jump here and there.

Representing the new school, Tahir Carl Karmali (Kenya) is a photography and mixed media artist living in Brooklyn, New York. He has been named by Forbes magazine as on of the ‘Top 15 Young African Creatives Rebranding Africa’ for his innovative work exploring themes such as socioeconomics and ethnicity. His most recent exhibition titled ‘Jua Kali’ (Swahili for ‘fierce sun,’ or more accurately used to mean ‘git er done’) looks at the ‘Jua Kali’ entrepreneurs in the streets of Nairobi who fix or do anything on request, from fixing shoes, bicycles or petrol leaks in cars, to name a few. Karmali’s portraits reaffirm the status of these entrepreneurs who colloquially are reviled as substandard workmen, yet in truth, they are the life blood that fuel the city. 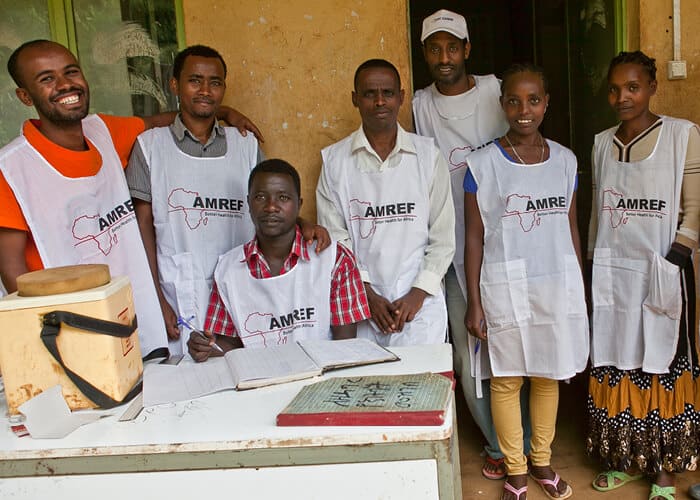 Amref Health Africa ArtBall will be hosted by award-winning writer, producer and news anchor Carol Jenkins, is curated by Atim Annette Oton and will honour acclaimed artist Wangechi Mutu (Kenya) with The Rees Humanitarian Award for her work that both celebrates and empowers African communities, particularly in her pursuit of sexual equality and championing the rights of the LGBTQI community that continues to be persecuted across the African continent. #AmrefArtBall will consist of a silent auction which will launch two weeks prior to the event, a special live auction, an award ceremony, entertainment, food and open bar, and boutique wine and liquor tastings. 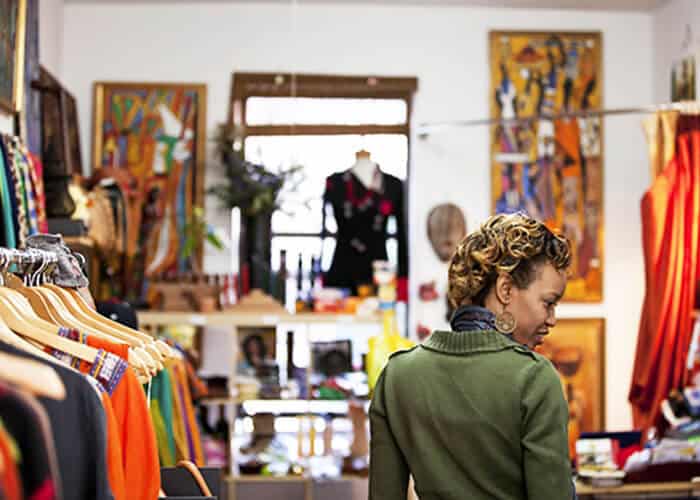 If you’re an interested artist and would like to make a donation to the Amref Health Africa ArtBall, please contact the event curator Atim Annette Oton at atimoton@yahoo.com for a donation form and further information. All donating artists will be contributing to a unique event in the heart of New York with a special cause – creating lasting change in healthcare in Africa.

To learn more about Amref Health Africa and the event, visit www.amrefusa.org. For further information, please contact Emily Correale at (212) 768­2440 ext. 117 or by email here:  correale@amrefusa.org