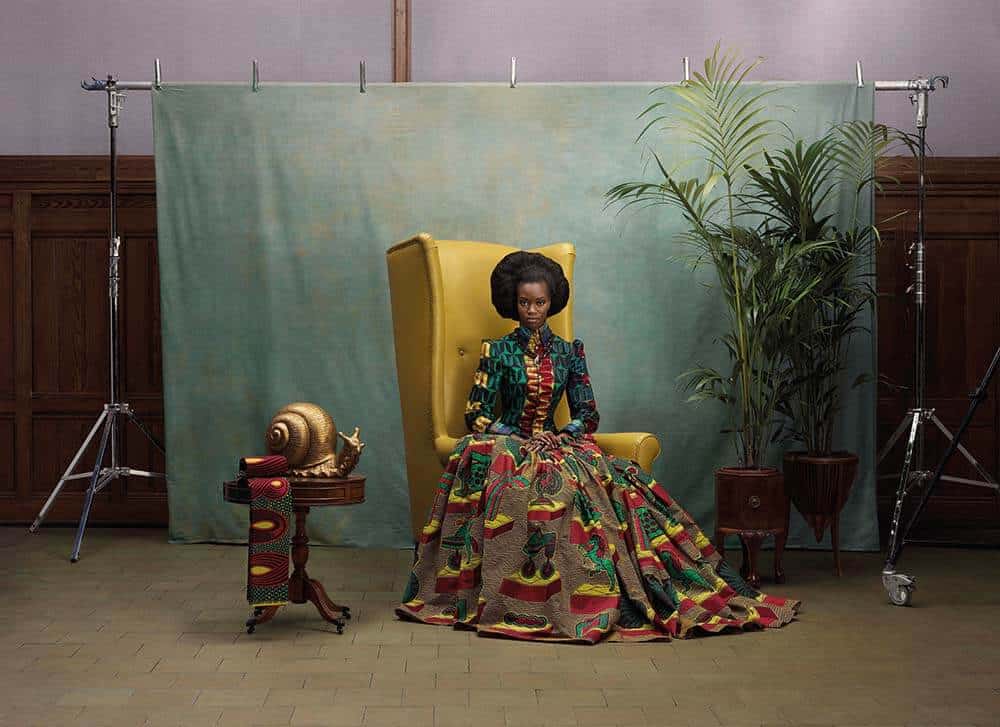 An exhibition dedicated to African textiles at the Fowler Museum at UCLA examines the complex history of its global origin. One of the many stories concerns Vlisco, a Dutch luxury textile company, “arguably the most popular purveyor of African print cloth even today.” Started in 1846, the founder of Vlisco, Pieter Fentener van Vlissingen, discovered he could merchandise the wax-printing method used to make batiks. His inspiration stemmed from Indonesia. And so we begin with a far-flung grid – Europe, Africa, and Southeast Asia.

Centuries prior to this nexus we had the ‘Silk Road’ which linked the most luxurious of Asian textiles to the entrepots of Venice and Kilwa in East Africa. Then again we have the cotton from the Indian subcontinent which with far greater impact reshaped African design. The maritime historian from New Zealand, Michael N. Pearson, vividly describes the “asymmetrical” exchange of Indian cotton for gold and ivory tusks used as “picket fences.” He recounts the Portuguese mariner Almeida’s journey in 1505 along the coast of East Africa and his discovery that in Mombasa there were “quantities of cotton cloth from Cambay because all this coast dresses in these cloths and has no others.”

Whether from Holland via Indonesia, or via China or India, one thing is clear: Textiles have always been on the move, the patents for its creation stolen, reworked, its centres of production shifted, then shifted yet again – the cloth from the East coast of Africa passing through the continent’s heartland and ending up in West Africa.

As the Nigerian scholar Tunde Akinwumi points out in his provocative essay, ‘The “African Print” Hoax,’ the notion widely trafficked today – that African print is indigenous to the region – is not as straight-forward as it may seem. However if Betsy Quick, the co-curator of the Fowler exhibition, concurs with Akinwumi that the notion of an ‘African print’ is a misnomer, she nevertheless champions the view, “regardless of origin,” that the seamstresses and tailors from Ghana, Nigeria, Côte d’Ivoire, Cameroon, and Senegal, have played a major role in re-fashioning these textiles and creating a peculiarly West African visual idiom. 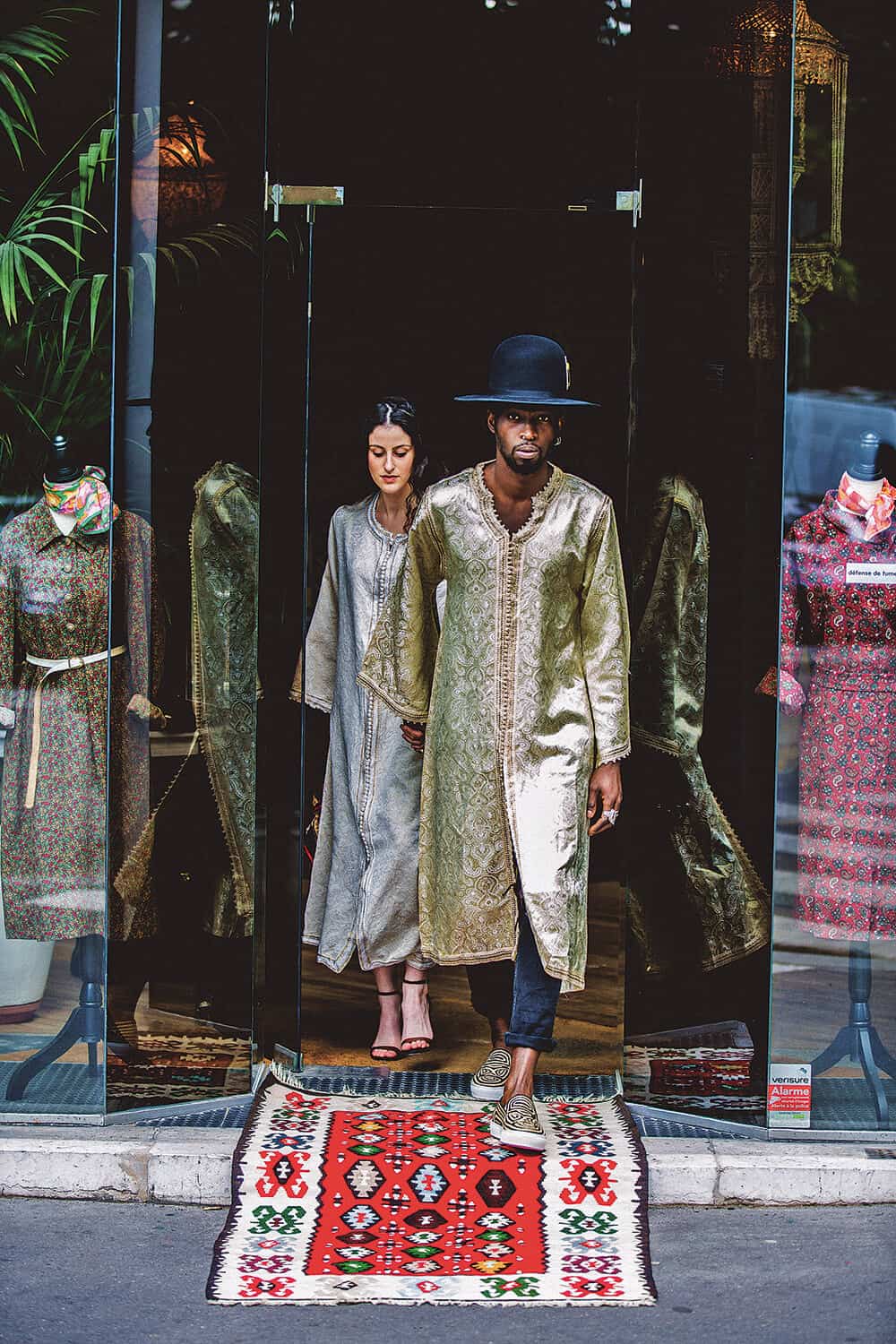 ART AFRICA’s view, similarly, is less preoccupied with origin and more preoccupied with mobility. For in a world increasingly shaped by the mash-up and remix it is the ability of material cultures to morph themselves that matters. So while Yinka Shonibare may be well-known for his retooling of a disputed ‘African’ textile, it is the artist’s reconfiguration and fusion of histories and influences – under the sign of Empire – which adds a greater richness to the narrative.

For today it is this rich fusion of worlds – Europe, Africa, and Asia – which has generated an overwhelming passion for, and commodification of, African textiles.

When the 18 year old Kyemah McEntyre adopted Vlisco’s ‘Angelina print’ – a Coptic altar cloth refashioned into a dashiki and widely worn in the 1970s and 80s by members of the black power movement – for a prom dress she wore in East Orange in the US, her retake went viral. Now a designer at Parsons School of Design in New York, her clientele include the singer-songwriter Naturi Naughton and the model Tyra Banks. 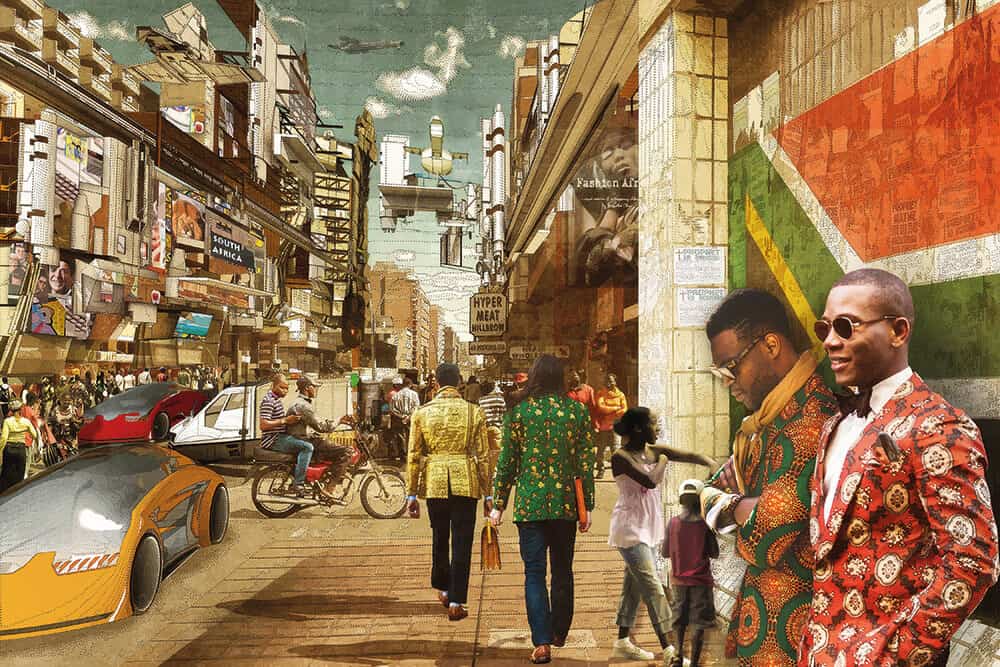 the essence of fashion is movement, and change in changing directions

As Henry David Thoreau famously warned us, “Beware of all enterprises that require new clothes.” And as Immanuel Kant acerbically added, “fashion belongs under the heading of vanity … and also under the heading of folly.” In an image driven culture such as ours the views of Thoreau or Kant seem churlish and dour. And yet if they continue to possess a value it is because, like Akinwumi, they recognise the ‘hoax’ that is self-styling, the hoax which allows for faked provenance.

In stark contrast to the iconic and representational quality of West African print, the textiles which stem from the Islamic world are ‘aniconic’ – they refuse the graven image, embrace abstraction. John Gillow develops this point in an excerpt from his book Textiles of the Islamic World included in this issue. Here, however, in this image-fixated identitarian culture – central to West African print – we encounter an arch flamboyance with prints given tongue-in-cheek names such as ‘You Leave, I leave’ or ‘Michelle Obama’s Handbag,’ or, the ‘Independence Day Freedom Cloth’ with its serialised image of Ghana’s first post-colonial leader, Kwame Nkrumah. 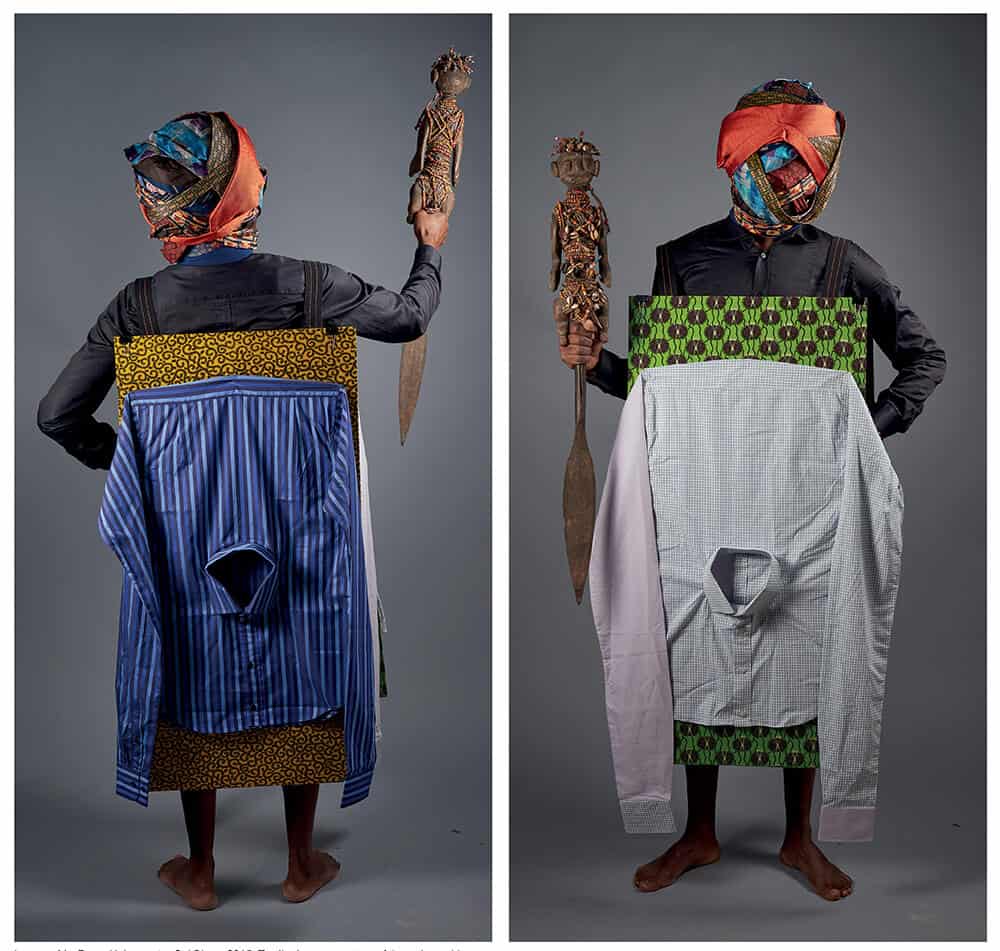 The commodification of resistance culture, if dominant is therefore concerning, for it belies the fact, after the austere philosopher Ludwig Wittgenstein, that what is important to us is hidden inside or behind such a rampantly florid and gauche iconography.

As John Harvey, a Reader in Visual Culture at Cambridge University reminds us, “Clothes may be a disguise, or a form of hypocrisy.” However, whether one considers fashion “to be ridiculous, and vain and foolish,” the “accents of an exclusive society,” its achingly virulent presence cannot be so easily dismissed. After all “the essence of fashion is movement, and change in changing directions.” And the confection we dub ‘African print’, and its global reinvigoration, is the story of this movement. 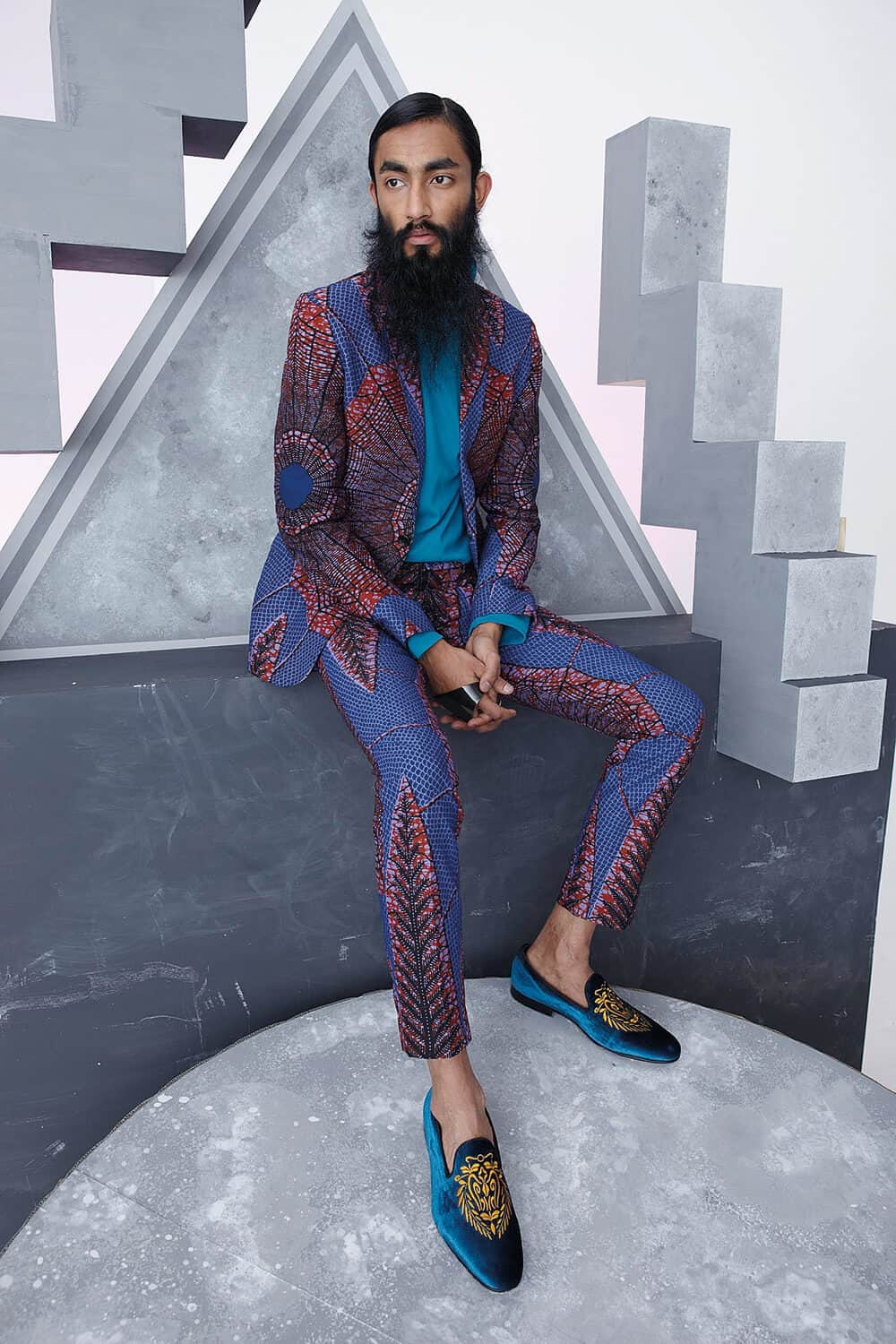 Read the editorial for ART AFRICA, issue 08 here. Read ‘Textiles of the Islamic World’ & our interview with Abdoulaye Konaté.