Celebrate the diverse music and culture of Africa and the diaspora with a month-long film-festival on your screen, presented by AfriDocs. 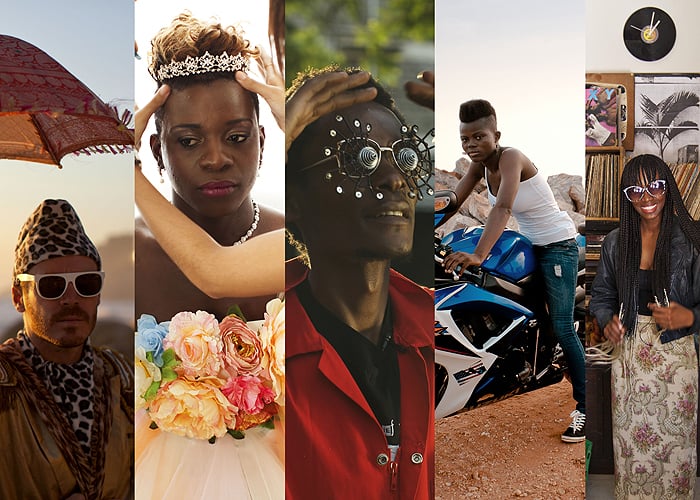 ABOVE: One of the documentary films featured in African Music Film Month is by Afripedia (soon to be featured in an interview in ARTsouthAFRICA’s March Issue 13.3). Image courtesy of Afripedia.

Celebrate the diverse music and culture of Africa and the diaspora with a month-long film-festival on your screen, presented by AfriDocs.

During the month of February, AfriDocs’ 2 weekly documentary slots – now on Tuesday AND Thursday evenings, at 8pm Central African time (GMT + 2), and weekend schedules will feature some of Africa’s most loved musical talents – both historical and contemporary. Never before has such a collection of documentary films about African music been available to audiences across the continent.

Visit www.afridocs.net or www.facebook.com/AfriDocs to stay up to date with screening schedules, media interviews, twitter chats and more!

Paul Simon returns to South Africa to explore the journey of his Graceland album, including the political backlash he received for allegedly breaking the UN cultural boycott of South Africa designed to end the Apartheid regime.

This film explores the past, present and future of the electronic music scene and its multiple sub-genres in South Africa – the mission was simple: to meet up with some of their heroes, colleagues, competitors, and co-conspirators…an ever-potent gang of electronic music pioneers sculpting The Future Sound of Mzansi.

Welcome to Angola, home of heavy electro music known as kuduro. Follow us across the pulsating city of Luanda as we delve into the kuduro evolution and meet the people charting its course.

Last Song Before the War

The story of the most remote music festival in the world, Festival Au Desert, and the battle to make it happen. Two hours from Timbuktu, staged since 2000 at the Essakane oasis, the festival was a symbol of peace between the Tuareg nomads and the Malinese – until Islamic militants and Tuareg rebels ban music and silence the festival.

As Old as my Tongue

A portrait of Bi Kidude, a living legend on her home island of Zanzibar. She has beguiled audiences around the world on her wide and varied travels. Filmed over three years in Zanzibar and on tour with Bi Kidude.

Screened with Busara – More Than A Festival 25’

Salif Keita, A Man with a Message

We join Salif Keita in Bamako to learn about his sources of inspiration – his family, the intermarriage of musical influences, and his affirmation of African identity.

The moment Serge Kakudji saw an opera singer for the very first time as a young boy on Congolese television, he immediately fell in love with opera music. He decided to become a celebrated countertenor. Despite the many doubts of his family, he is determined to make it to the top of the classical opera world.

Bob Marley’s universal appeal, impact on music history and role as a social and political prophet is both unique and unparalleled. This is definitive life story of the musician, revolutionary, and legend, from his early days to his rise to international super-stardom.

Afripedia is about the generation of Africa’s rising creative talents. In Nairobi, the urban culture scene and its leading personalities and stars lead us to a filmmaker, a visual artist and an Afro-futuris­tic pop band.

West Africa has a long-standing tradition of traveling storytellers known as Griots, who combine poetry, music, and oral history. In Ghana, a group of young Africans are continuing this legacy and here Hip-Hop music has merged with High-Life, the traditional music of West Africa, and this fusion has led to the birth of a new musical genre called HipLife.

At once generous and secretive, swaying to the rhythms of the waves, this film is made in the image of Cesária Évora, the unchallenged queen of the morna, the Cape-Verdean blues.

Omar Sosa: Out of Africa

An intimate musical trip with the multiple Grammy nominated Cuban composer, pianist and bandleader through East Africa. Omar Sosa, influenced by traditional Afro-Cuban music, records a song with a local musician in each country in this epic road movie.

A documentary about the life and music of Oliver ‘Tuku’ Mtukudzi from Zimbabwe. Tuku and his band ‘The Black Spirits’ are captured performing at a most remarkable time of their long history together, and the energy of their music and dance explodes from the screen as Tuku sings the songs that mean most to him, in the places closest to his heart.

Abdullah Ibrahim: A Struggle for Love

He is a pianist, composer, Duke Ellington’s spiritual and real-life successor, an icon of African music, the living personification of the kind of jazz tradition that is conscious of its roots – in short: he is one of the greatest living jazz musicians. Winner Adolf Grimme Award 2005, Nominee Rose d’Or.

Ghana and Angola are two of the fastest growing economies in the world, as well as two countries in midst of a musical revolution. Azonto and kuduro are club music styles based on traditional rhythms and have become a means of expressing identity for an entire generation. Narrated by Neneh Cherry.

The film follows the path of one of Morocco’s most famous bands during a period of conflict. They draw their music from the last thousand years of Moroccan and African history. We hear the gentle voices of the musicians, who carry universal messages about love and unity peppered between many wonderful scenes of music and performances. Trances is the first film restored by Martin Scorsese’s World Cinema Foundation.

In Malagasy, ‘Mahaleo’ means free, independent. Mahaleo’s voices and music have accompanied the people of Madagascar ever since the collapse of the colonial regime.

Three chords, three countries, one revolution…Punk in Africa is the story of the multiracial punk movement within the political and social upheavals experienced in three Southern African countries: South Africa, Mozambique and Zimbabwe.

South Africa is the home to styles like kwaito, SA House and Shangaan electro,  possibly the fastest club music in the world. Nigeria has the most commercial music on the continent, but also fierce protest music carrying on the work of the late Fela Kuti, one of the most hard-core protest singers ever. Narrated by Neneh Cherry.

Dakar is the unrivalled centre for the West African hip hop-scene and coupé-décalé is now a major influence all over West Africa. In Burkina Faso the name and speeches of Thomas Sankara is used by musicians to protest against injustices and corruption. In Benin, the veterans of Orchestre Polyrytmo give a historic background to the music scene of today. Narrated by Neneh Cherry.

AfriDocs screens every Tuesday at 8pm (GMT + 2) on DStv ED Channel 190 & GoTV across sub-Saharan Africa. For the full programme schedule and synopses of the films, please go to www.afridocs.net or www.facebook.com/AfriDocs