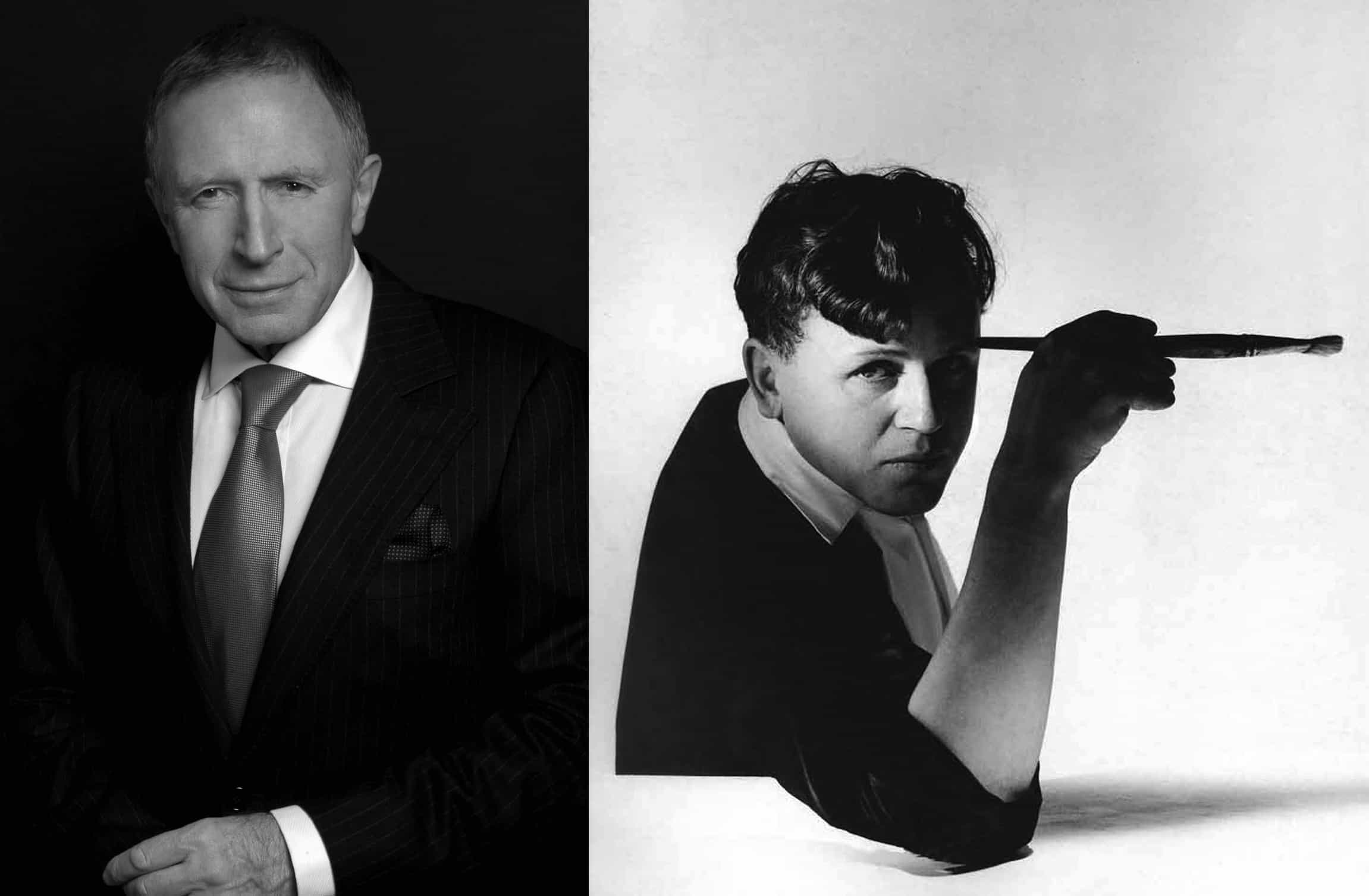 LEFT: Laurence Graff. Image courtesy of Delaire Graff Estate. RIGHT: Vladimir Tretchikoff. Image from http://www.vladimirtretchikoff.com/
The resemblance starts with their origins. Both of their story begins in the East; Laurence Graff, born in 1935 in London’s East End, is the son of Eastern Europe Immigrants. His mother originated from Romania and his father from Russia. Vladimir Tretchikoff was born in 1913 in Petropavlovsk, Eastern Russia.
Their humble beginnings did not predispose them to be successful; a case that could be challenged by Malcolm Gladwell however, as it is the foundation of his latest book, David and Goliath.  He argues that it is sometimes unique circumstances that lead individuals to achieve extraordinary things. It is Graff and Tretchikoff’s sheer talent, determination, drive and even patience that led them to their phenomenal achievements.
Vladimir Tretchikoff started his Eastern Journey at a very young age, moving first to China in 1917, then to Shangai in 1932 and Singapore in 1935. There he worked in advertising, drawing cartoons for the Straits Times. However, his passion was painting. In 1938 he was eventually recognized as an artist, exhibiting at the New York World’s Fair representing Malaya. His work was displayed alongside Maurice de Vlaminck and Duncan Grant.
In the late 1960’s, moving away from recession and in search of new business opportunities, Laurence Graff set up a Jewelry concession at Robinsons Department Store in Singapore, selling “$10,000, $20,000 worth of diamonds at a time” he said in an interview with Forbes Magazine. The decisive moment must have been his fortunate meeting with the Crown Prince and Princess of Brunei. The 29th Sultan of Brunei became the world richest man in the 1980’s and 1990’s, by then a regular client of Graff’s, which opened many affluent doors. It has been said that Graff has the recurring ability to seize the moment, grab the opportunity; in this manner he has been able to acquire both the Delaire Estate and the iconic Chinese Girl painted by Tretchikoff.
The East hasn’t just been a platform for Tretchikoff and Graff’s success from a business perspective, but also a creative inspiration that has followed them later in life. In 1944 in Java, Tretchikoff met Lenka, the incarnation of East and West who became one of his most famous muses, and the catalyst of the unique Tretchikoff look. Graff also draws inspiration from this part of the globe; he is inspired by Malay tradition, and motifs he encountered in Persian rugs, to create his unique jewelry pieces.
Further comparison could be drawn by looking at their business genius, which made them each – in their own way – stand out from the rest of their ‘trade’; a trait which may have worked against Tretchikoff and his recognition as a talented artist.
Laurence Graff is driven by his search for perfection, but more importantly unique beauty. This is probably what has driven him to become one of the world’s top art collectors, owning an extensive modern and contemporary art collection. The Chinese Girl seems to be more than just “the first piece of art that made an impact on [him],” as Laurence Graff commented. Vladimir Tretchikoffs’ artistry goes beyond his art, one wonders then if this was also what attracted Laurence Graff when he acquired the painting. 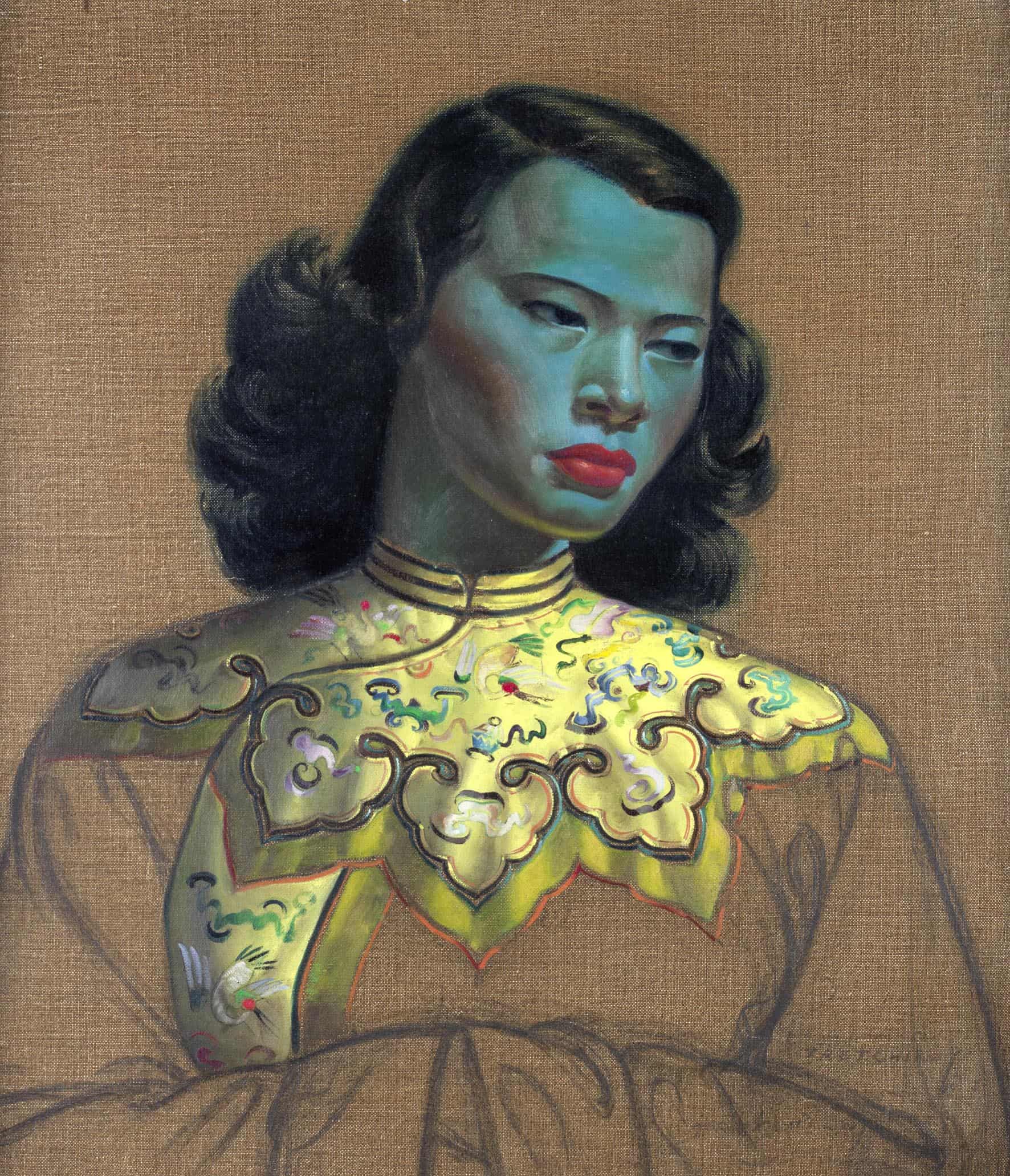