Ama Culture: Heritage Square, a Hidden Gem in the Heart of the City 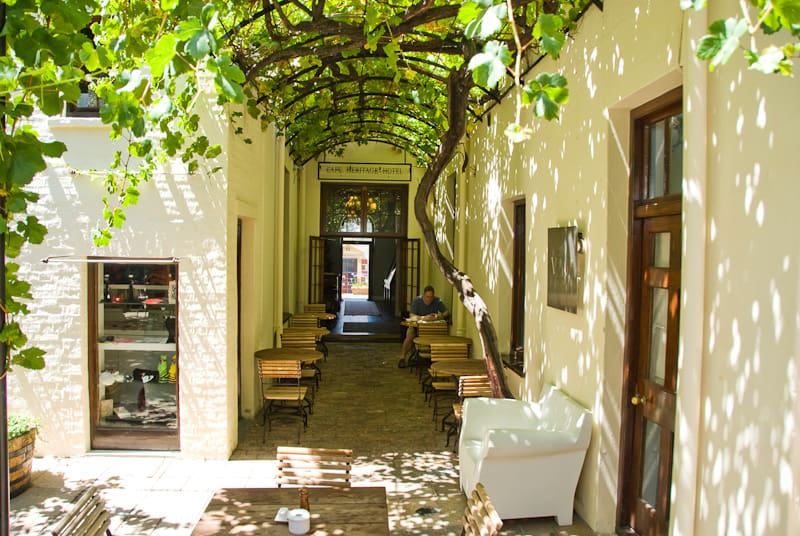 The two hundred and fifty year old vine in The Cape Heritage Hotel. Photograph: Christine Lundy.
On Sunday 2nd February 1659, Jan van Riebeeck, founder of the European settlement in South Africa, wrote in his diary: “fine warm weather… Today, praise to god, wine was made for the first time from Cape grapes…” Van Riebeeck planted the first vines in the Company Gardens at the foot of Table Mountain. The Cape colony was initially established as a replenishment station for the Dutch Indian Company for fresh produce, as well as wine, to ward off the scurvy which affected many sailors during their voyages along the Spice Route. 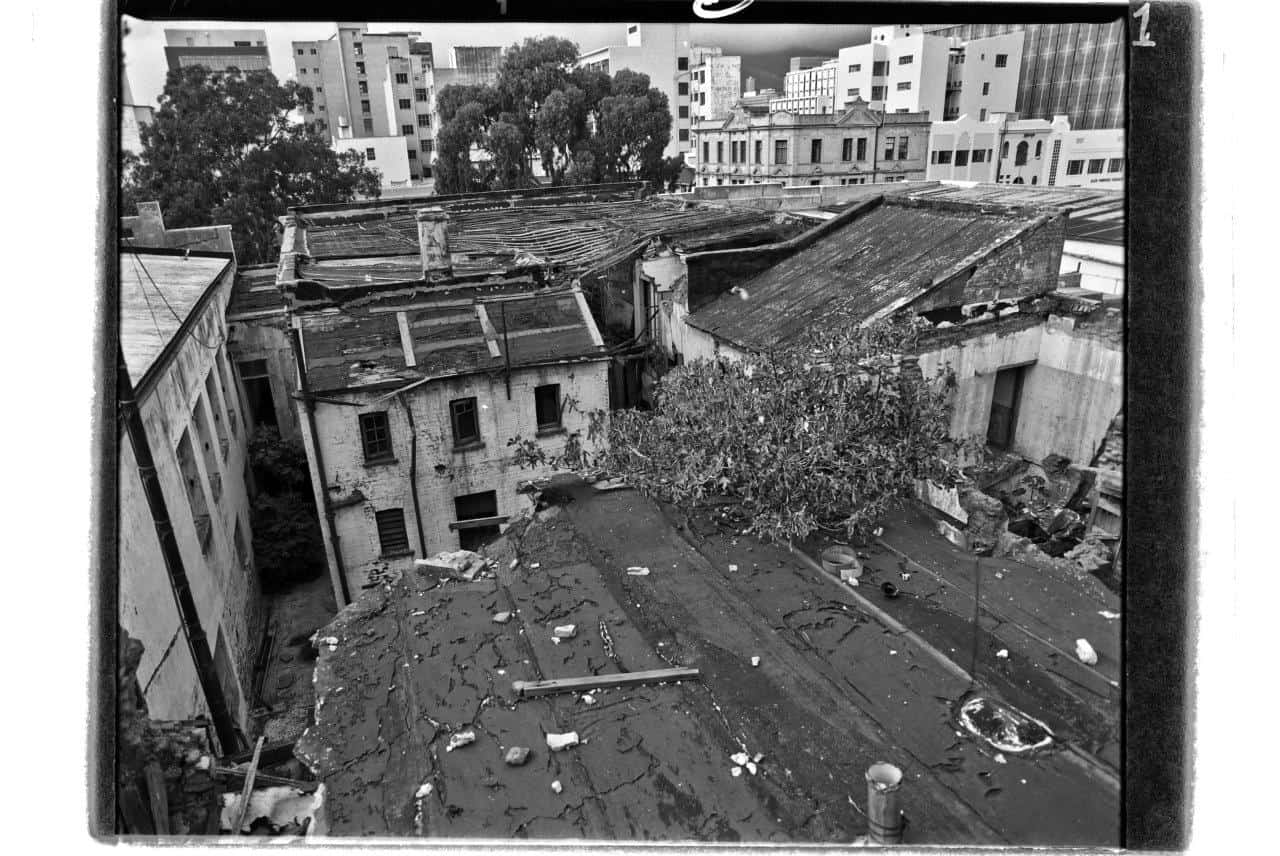 Heritage Square before renovations. Photograph courtesy of Laura Robinson.
We know today that vineyards in the Cape have been planted very successfully beyond the city to produce some of the best wines in the world, thanks to the early vision and expertise of Simon van der Stel. One of the oldest vestiges of ‘Wine in the City’ is the two hundred and fifty year old fruit-bearing vine in Cape Heritage Square. Research has shown that the vine is a Crouchen Blanc, one of the first varieties to arrive in the Cape from the Western Pyrenees in France. However, when Frenchman Jean Vincent Rindon, winemaker and viticulturist, previous custodian of the vine and owner of Signal Hill Winery, sent cuttings to the Institut National de la recherché Agronomique, he was told that the vine was probably Gros Chenin. This vine is so old that it is difficult to accurately identify the variety. Jean Vincent is very familiar with ‘Wine in the City’ as his Signal Hill wine comes from Oranjezicht, at the very foot of Table Mountain.
‘It is already a small miracle that after all this time she is still around’ say the current owners of Heritage Square, Johan and Victoria Nel. In the 1960’s, the square was under threat of demolition to become a car park as part of city re-planning. The vine was then abandoned for over ten years, surviving unattended and fed only by the Cape’s rainwater. It is thanks to the foresight of the Cape Town Heritage Trust, led by Laura Robinson, that the building remained standing. 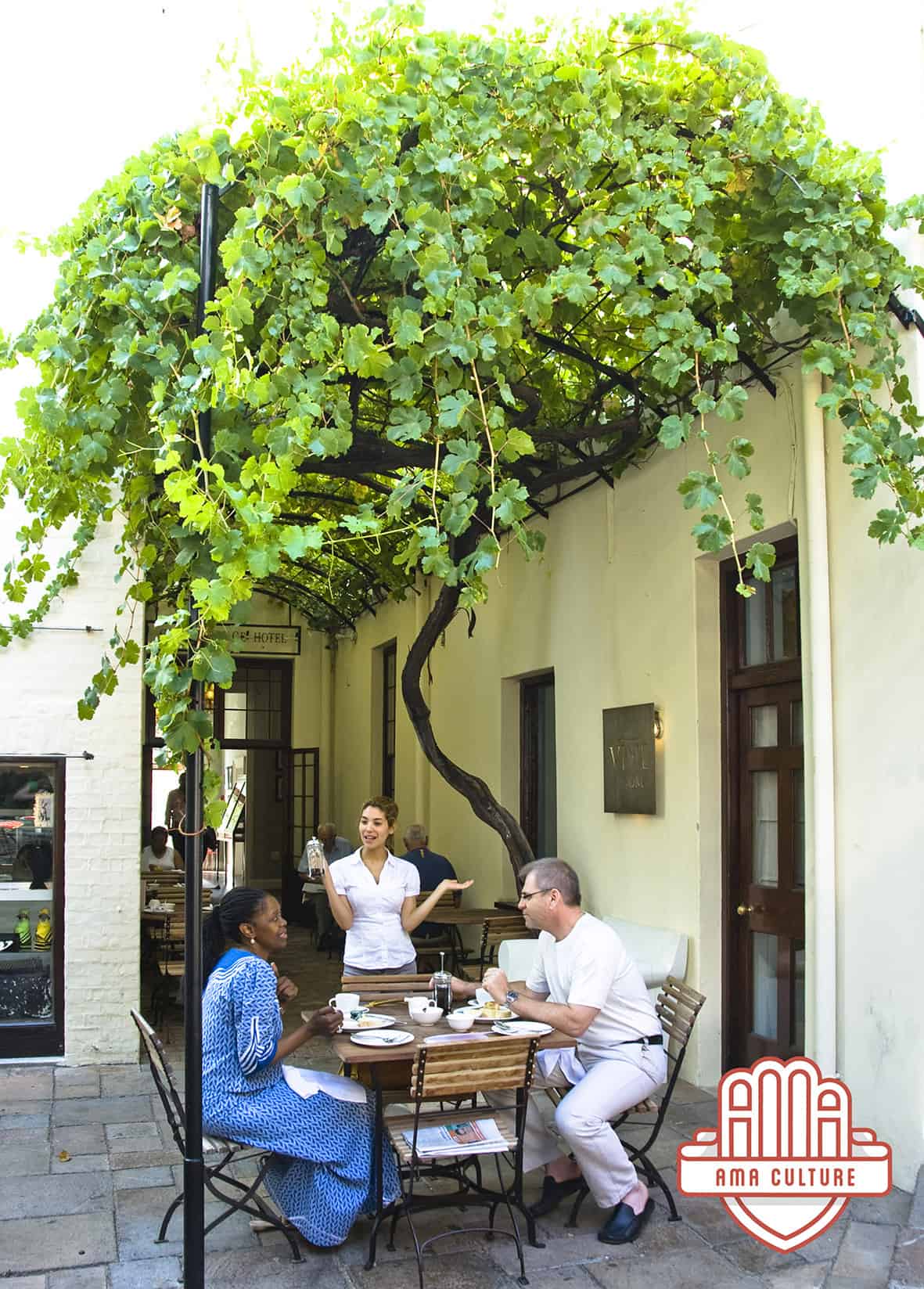 Visitors enjoy a ‘European- style’ lunch in at one of the fine restaurants in Heritage Square.
It is thanks to the vision and passion for heritage and art that the Nels possess that we have a glimpse of what Cape Town was like 200 years ago. Besides the vine, the square is surrounded by some of the oldest Dutch and Georgian houses (built in 1771), as well as the Cape Heritage Hotel built in 1780’s.
The square is also becoming a gourmet food and art destination, constantly buzzing with activity. It is especially lively on the First Thursday of every month when Capetonians and visitors alike explore the art galleries and shops of Cape Town’s central city until late.
Adding to the concept of ‘Wine in the City’ is another French Winemaker, Christophe Durand, who is the current caretaker of the Heritage vine, who has also recently made taken residence in the Square. Durand has recently opened his own winery and tasting room for his wine Vin d’Orrance enhancing, with a French touch, the sophisticated European feeling around Heritage Square. 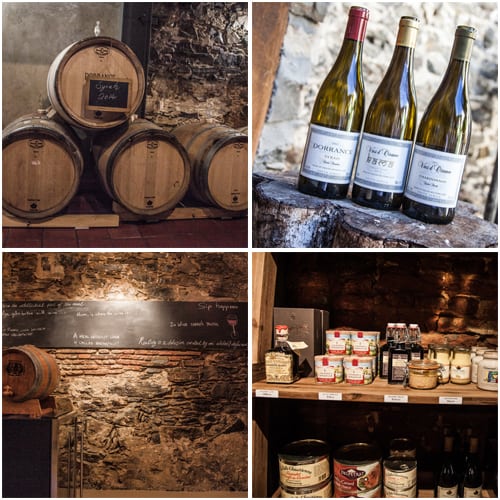