Christine Lundy investigates the origin of this terroir driven Sauvignon Blanc created by Klein Constantia and the reference it could have to South African history. 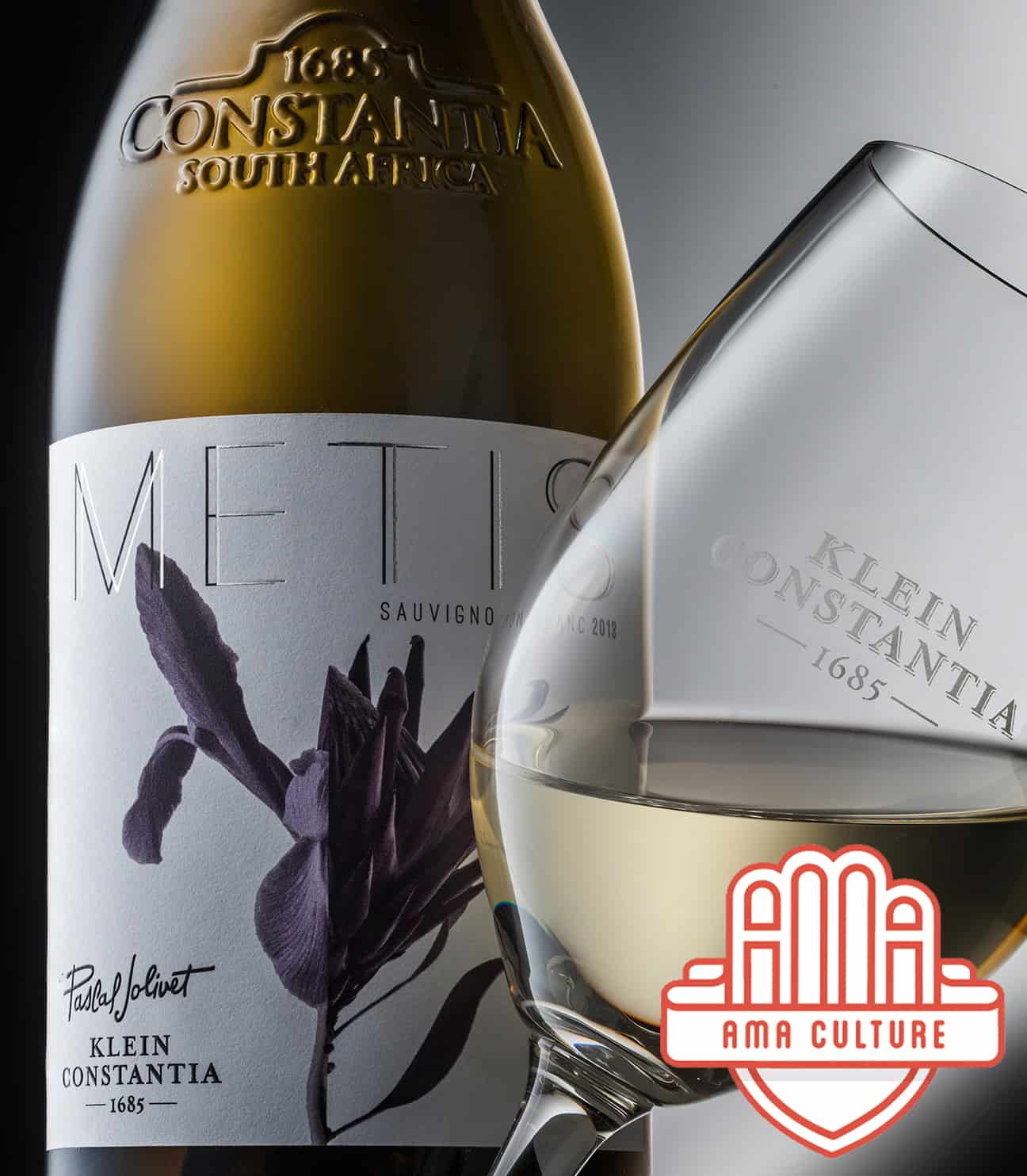 Metis, Klein Constantia’s new Sauvignon Blanc, couldn’t be a more appropriate name for this Wine of origin Constantia. The rationale behind this name is based on the collaboration between Pascal Jolivet (Dynamic French Wine Estate in Sancerre, the Loire Valley), and Klein Constantia. However I see further connections related to South Africa’s heritage.

Metis, in French and Northern America means ‘a person of mixed race’. In the wake of Apartheid, the subject of races is still a sensitive subject, but as a European fascinated by stories I found the topic enthralling. According to my research, Southern Africa has the ‘highest levels of mixed ancestry in the world,’ which is understandable when you look at South Africa’s history since the arrival of Jan Van Riebeeck in 1652.  Sharon Marshall, in her very interesting article ‘What’s in a (South African) name?’  in SouthAfrica.info, describes this social phenomenon which will eventually shape the country as so many South African leaders are issued from ‘mixed races’.  She quotes Hans Heese’s book ‘Die Herkoms van die Afrikaner 1657-1867,’ “The modern day white Afrikaner is of 34% Dutch, 33% German, 13% French, 6.9% coloured and 5% British origin”. One of the first and key examples is the marriage of Krotoa in 1652, a Khoi interpreter for Jan van Riebeek, who married van Riebeeck’s colleague, Danish explorer Pieter Meerhof, and bore him eight children.  Sharon Marshall says, “the descendant of one of (them) was the progenitor of the Zaaiman family in South Africa”. She adds “Some of them went to become key figures from all spectrums – including white ex-premiers Paul Kruger, Jan Smuts and FW de Klerk.”

Coming back to Klein Constantia, initially part of the estate Constantia founded in 1685 by Simon van der Stel, the story about mixed origins continues. It is not widely know that Van der Stel himself was of mixed descent. Van der Stel’s mother, Maria Lievens,, was the daughter of a freed Indian slave woman and his father and grandfather were Dutch VOC officials working in the East Indies. 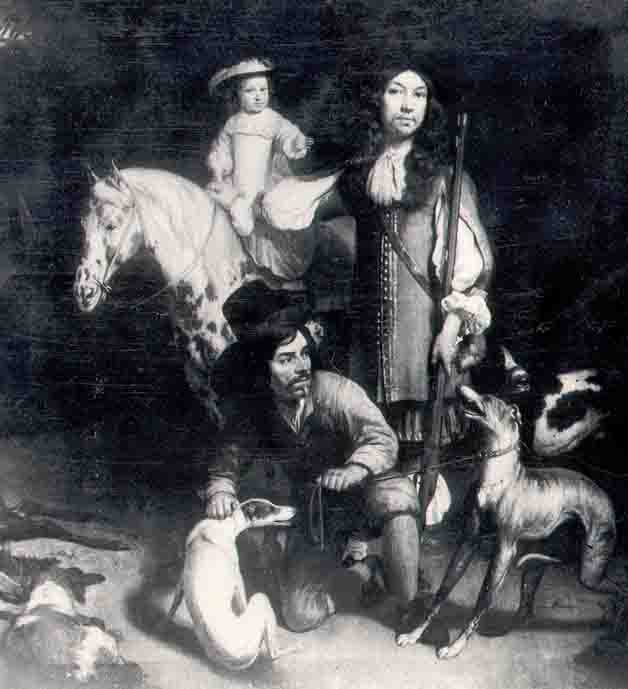 Klein Constantia, with their Metis Sauvignon Blanc, endeavor not to embrace the fusion of races but the fusion of knowledge and technique. It is a bit like history repeating itself, as French Hugenots have played such a huge role in the South African wine industry. The iconography derived from this project is a hybrid flower representing the French Iris and South African Protea.

Klein Constantia Estate can pride themselves for their expressive, terroir driven Sauvignon Blanc. The concept of terroir has a strong influence on the character of wine produced at Klein Constantia, “with soil and climatic conditions ideal for producing grapes with ample fruit flavours. Situated between 70 and 343 metres above sea level, with a constant sea breeze above 150 metres, temperatures remain cool, preserving the fruit during ripening. With the ocean a mere 10 kilometres away, the wind plays an important factor too, often stressing the vineyard and resulting in an increase in concentration and flavour in the fruit” says the Estate. 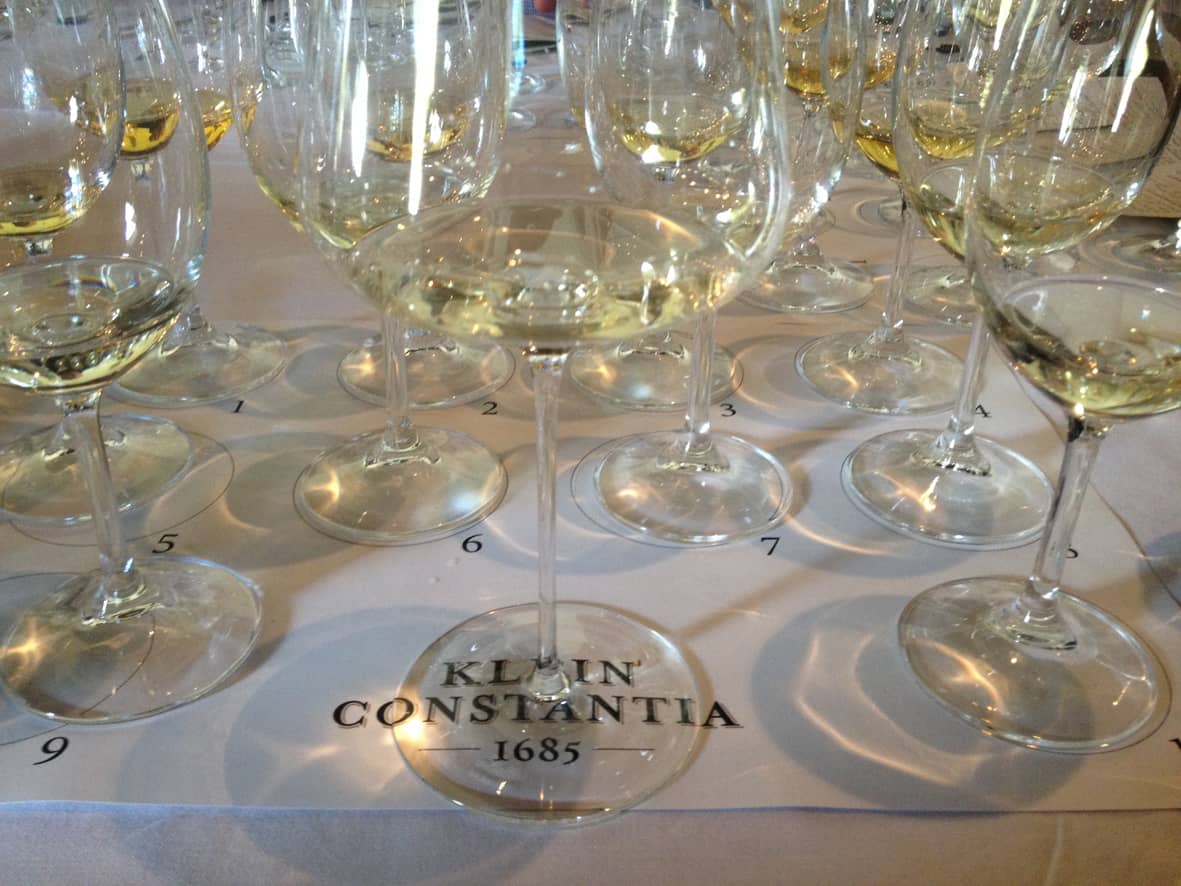 I have had the privilege to attend a vertical tasting of Klein Constantia Sauvignon Blanc, tasting four decades from 1987 to 2013, which displayed an overall quality, a testimony of the various techniques used by the various winemakers. Wine professionals still remember the legendary ‘87 vintage and the classic ‘95. The crown and surprise of this tasting was certainly Metis. Inspired by Pascal Jolivet’s approach to winemaking and challenging the conventional ways he has been taught, Matthew Day, wine maker at Klein Constantia, has created a unique wine which captures the true essence of Klein Constantia’s terroir. The grapes have been hand harvested from the highest block in the vineyard. The wine has been made in a natural (no yeast added), minimalistic (very little intervention in the Cellar) and unconventional way.  The wine underwent a long, cool fermentation and was left to mature on its fine lees for ten months. The result is a wine complex on both nose and palate, which display intricate flavours and fresh acidity. It is recommended to keep it for a few years, but it is already a real pleasure for the senses!

The wine is available at Klein Constantia Estate or retails at Norman Goodfellows in Johannesburg & Wine Cellar in Cape Town.