Ama Culture: The Hess Collection, Contemporary Art in the Winelands

in News Articles 2013
Share on facebook
Share on twitter
Share on email
Share on whatsapp
Christine Lundy visits Glen Carlou, a Paarl- based wine estate designed around the unique art collection of contemporary art amassed by owner, Donald M. Hess.
Donald M. Hess, a Swiss entrepreneur and wine producer, is one of the world’s major art collectors. He is the proprietor of 1000 works created by 65 international artists including Magdalena Abakanowicz, Georg Baselitz, Gilbert & George, Franz Gertsch, Andy Goldsworthy, Robert Motherwell, Yue Minjun, Shigeo Toya, Gerhard Richter, Frank Stella, James Turrell and Ouattara Watts among others .
Since 1989 his collections have been shared with the general public in museums built at the Hess family estate wineries. The first museum opened at the Hess Collection Winery in California, USA, in the Napa Valley. The second, opened in 2006, is located in South Africa’s wineland area in Paarl at the well-known Glen Carlou Estate (previously owned by the Finlayson family.) The third and most recent one, the James Turrell Museum, opened in April 2009 at Bodega & Estancia Colombe in Salta, in the North West Province of Argentina. Today the Hess family owns six wineries on four continents. 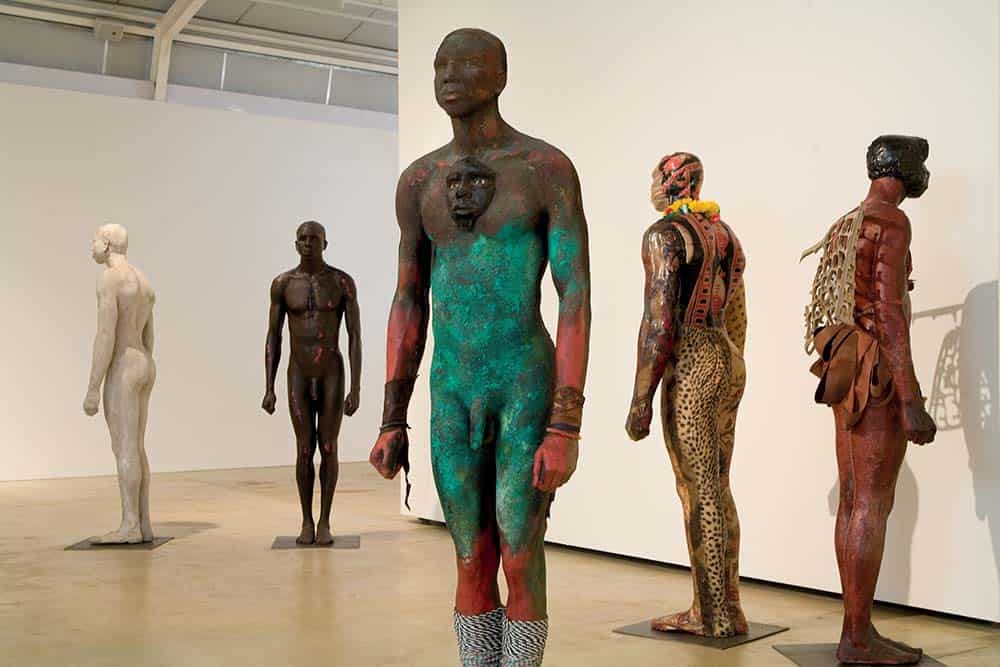 Deryck Healey, Ugazi.
Donald M. Hess is described as a “not sporadic collector” and is known to collect “in depth and over time.” Hess only acquires pieces that challenge or touch him personally. He says “When I have seen an art piece which keeps me awake over several nights, I know that this art piece has touched me deeply and this is one of my most important criteria to buy an art work.” He is primarily interested in works by living artists, typically those at the start of their careers. Hess enjoys the personal relationship with the artist, making studio visits and following their work. All contemporary media is represented in the Hess Art Collection, from painting to sculpture and installation, drawing and prints to photography and video.
At Glen Carlou there are about 35 works presented year round, in particular from South African artist Deryck Healey, (Durban 1937-2004), Scottish artist Andy Goldsworthy, American artist Alan Rath and the Abidjan-born Ouattara Watts. In my opinion, one of the most spectacular works is Deryck Healey’s expressive group of sculptures, the Ugazi group, a reflection about “identity and the constitution of self.” Deryck said that “Art is about life, about giving life, it is about creating possibilities.” What makes this collection especially unique is Andy Goldsworthy’s Hard Earth and River of Sand created directly onto Glen Carlou’s exhibition area, never to move, and completely integrated to the life and soul of the winery, its constitution and substance evolving with time. Andy says “Movement, change, light, growth and decay are the life-blood of nature, and the energy that I try to tap through my work.” 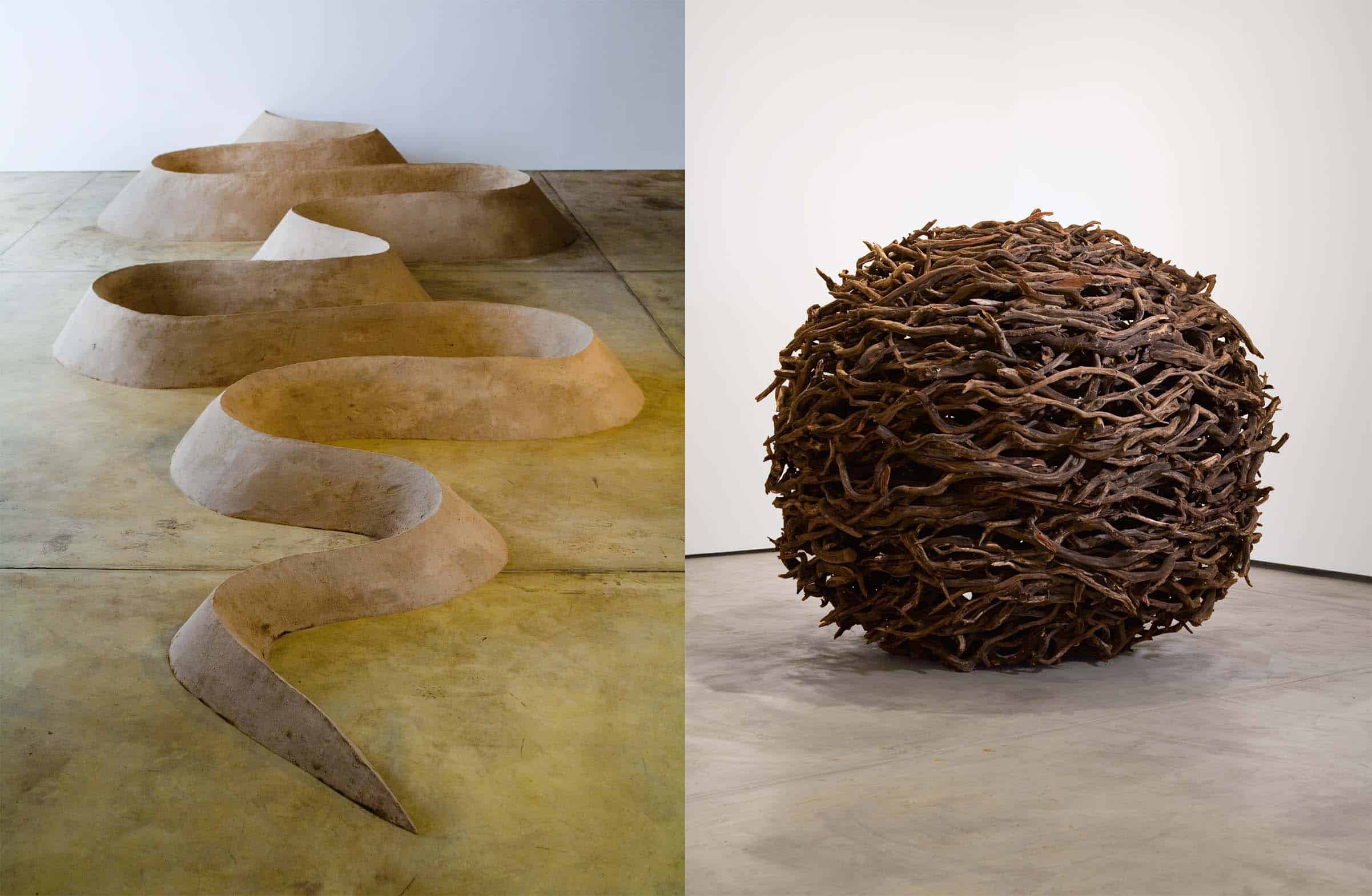