Derek Bauer, once known as one of South Africa’s greatest political cartoonists, graphic activists and artists, is brought back to life in the Derek Bauer Estate Edition. By Christine Lundy 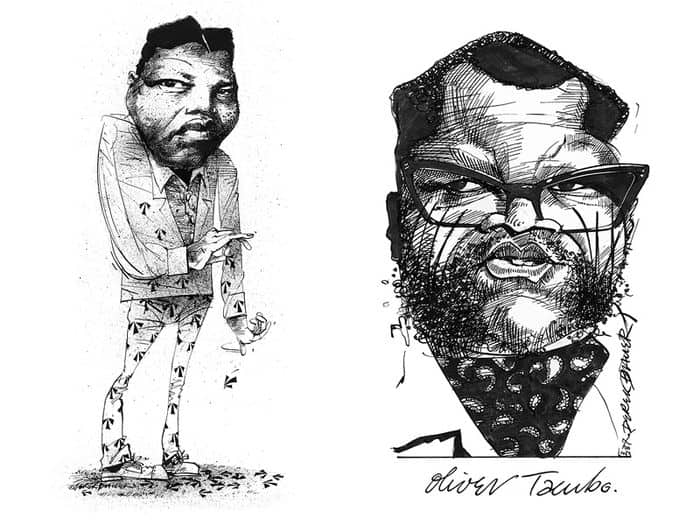 “There are not many people who can make an editor worry about defamation in a caricature.” These were the words used by Anton Harbert, then the editor of the Weekly Mail to qualify Derek Bauer’s work as a cartoonist.

Derek Bauer became well-known for his inherently irreverent cartoons and caricatures of politicians and other prominent figures during the troubled apartheid stricken South Africa in the mid 1980’s.

From 1985, The Weekly Mail gave Bauer ‘carte blanche’ under the banner of “Derek Bauer’s world” to express his fiercely independent and challenging views through the critical art of cartooning. This title emphasized the fact that the rules or ethics were determined primarily by Bauer and were not a reflection of the Weekly Mail’s editorial policy. “A beautiful truth in Anarchy, in the overthrowing of the serious” is how he labeled his violent, graphic expressions, which he delivered with remarkable coherence and a distinctively angry visual style. 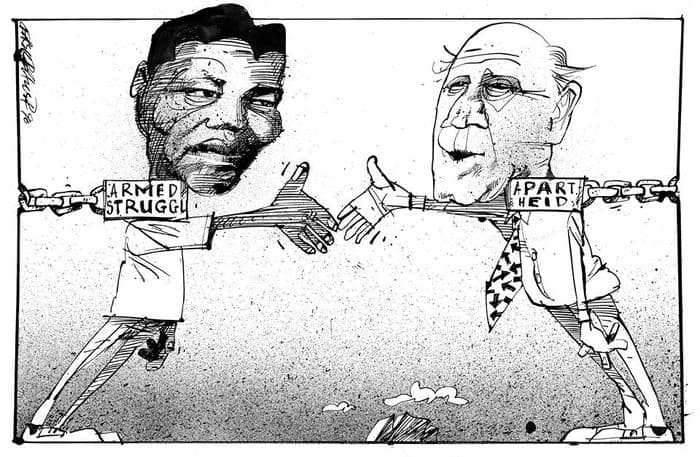 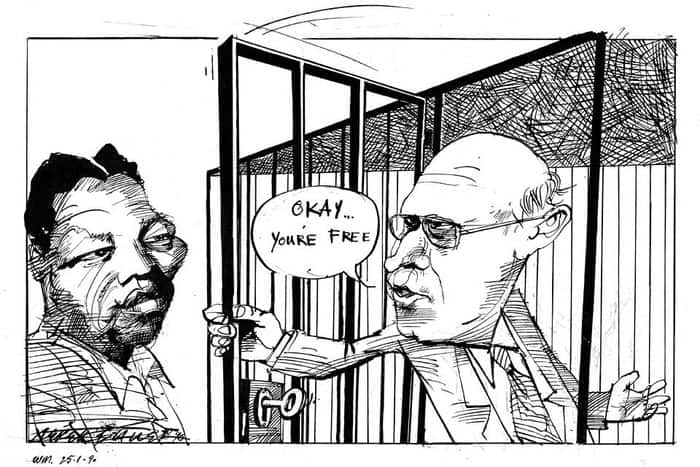 Reading more about Derek’s work I realized that the art of cartooning is a very challenging form of communication. In an interview with Mario Pissarra, Derek says “you have to keep on this very simple tight rein of communication – it has to be understandable all the time.” Derek’s work is full of symbols and metaphors. When analyzing a range of his art work, one can see that he has created his own language, despite being constantly reminded “to work with the public’s awareness” to ensure that his message was carried across.

Concluding with the words of Russ Cook, illustrator and caricature artist based in the UK, “That somebody so skilled and fearless with a pen should be cut down so young and not get the recognition he should’ve had seemed scandalous and sad”.

More insight about Derek Bauer and a gallery of his work can be found here: www.derekbauer.co.za

If you want to get immersed into Derek Bauer’s work you can see some of his drawing at Whitespace or at Iziko Museum. You can also purchase a piece of history by either acquiring a limited edition print or a collectors art box!