2014 has been an historical year for the Lanzerac Wine Estate, marked by the 100-year anniversary of the farm’s name. Christine Lundy highlights some of the key events.

The farm, located in the Jonkershoek Valley on the outskirts of the historical town of Stellenbosch, was originally known as Schoongezicht and dates back to the late 17th century. Like many historical farms in South Africa, the property has been shaped over the years by a line of owners, each making their own contribution to the architecture, farming and hospitality. It acquired its present name when Mrs Elizabeth English (nee Devenish) bought the estate in 1914 after her husband, Frederick Alexander English, a diamond merchant and friend of Cecil John Rhodes, passed away in 1909. As legend has it, she named the Estate after her true love, General Charles Lanzerac, a French Marquis native of Guadeloupe. There are no insights about how they met or the nature of their love story. The General commanded the French Fifth Army at the outbreak of World War I and, despite some disputes with high commanding officers, he has received high awards:  the Grand cross of the Légion d’honneur (France) and the Grand cross of the Order of the Crown (Belgium), which can been seen on his portrait exhibited at the Estate alongside Mrs English’s portrait. 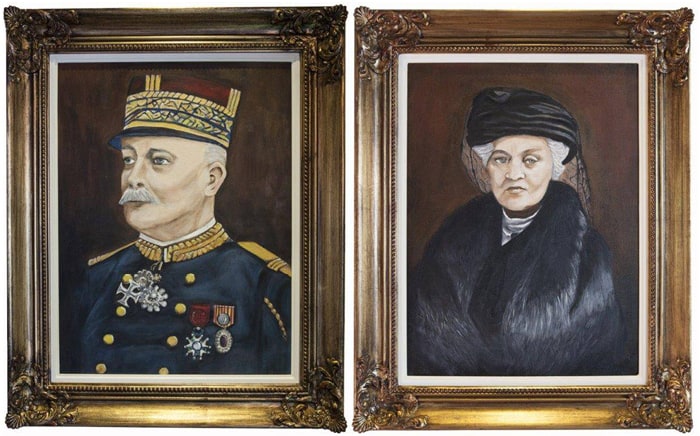 Mrs English was no ordinary woman and, like Lady Ann Barnard a century before her, she has accomplished a lot in just seven years. She made considerable alterations and improvements to the main house and other buildings, as well as bottling the first Lanzerac wine from grapes grown on her land. She was considered a real pioneer as a female wine farmer. Today, Lanzerac pay homage to her contribution with a range of three heritage wines, including the Mrs English Chardonnay and Le General red blend.

Another wine milestone for the estate was the release by Stellenbosch Farmer’s Winery (SFW), then owner of Lanzerac, of the first commercial Pinotage under the Lanzerac brand in 1959. Pinotage, a red wine grape variety, is a cross between Pinot Noir and Cinsault and was created by Professor Abraham Izak Perold in 1925. 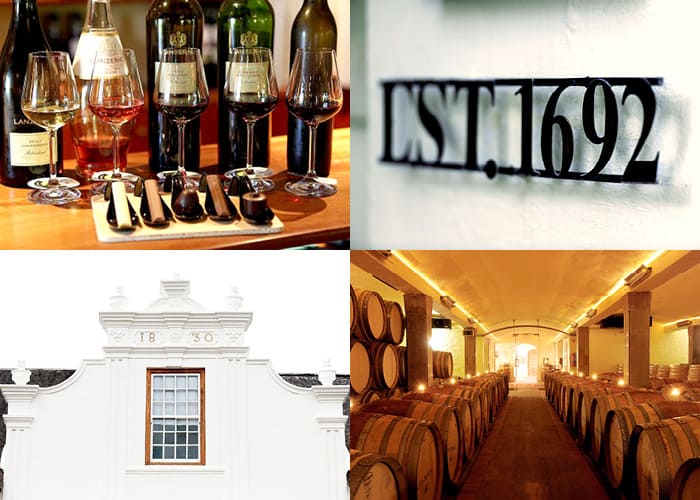 ABOVE: Wine and chocolate pairing, evidence of the property’s age, and the wine cellar at Lanzerac Estate. Images courtesy of Lazerac Wine Estate.

By the late 20th century, the Estate was purchased by businessman, Christo Wiese, who made substantial improvements to the estate, specifically with regard to the hotel and with the addition of a modern cellar.

In 2012, Lanzerac opened a new chapter when a British consortium acquired the estate with an ambitious five star vision to turn the historical estate into a leading hospitality destination. For many South Africans, it is a place that brings back fond memories, with senior citizens remembering the ladies bar and ex-Stellenbosch-students, the tear shaped bottles. I was very impressed during my last visit to see how the new management is skillfully preserving the past while at the same time continuing to add new offerings, such as their Chocolate and wine pairing. For more details you can visit their website: www.lanzerac.co.za 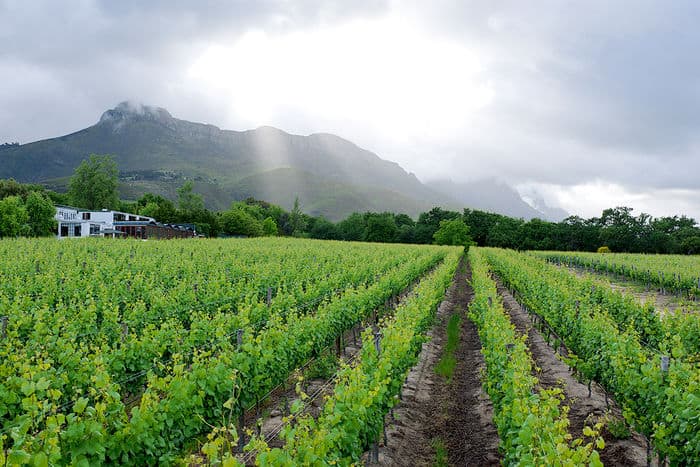