The Vineyard Hotel, nearly two centuries old, has been celebrated for its tradition of romance, elegance and history. Christine Lundy investigates the heritage of this beautiful historic building. 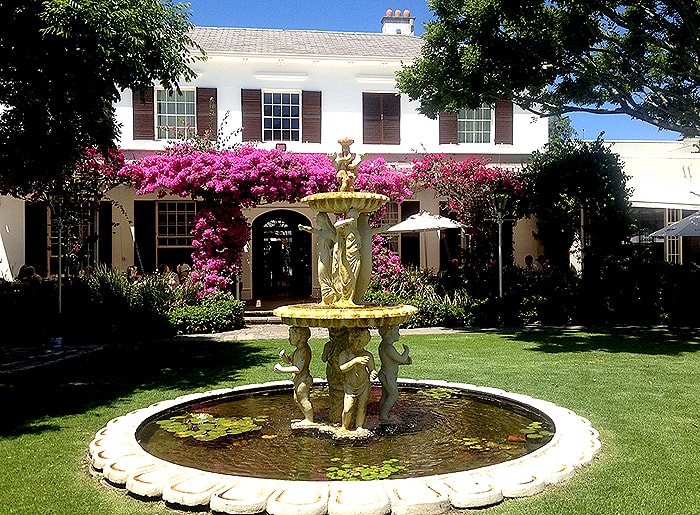 An impressive lineage of owners has enabled this simple English country house to become the heart of Cape Hospitality and a ‘paradise of nature’, in the imposing shadow of Table Mountain. This rich heritage starts with the famous Scott, Lady Anne Barnard, daughter of James Lindsay, the Fifth Earl of Balcarres.

Lady Barnard and her husband, Andrew Barnard, colonial secretary to the Governor at the Cape, built the first English country house in Southern Africa in 1800. General Dundas, acting governor of the Cape Colony, said in his correspondence with Lady Anne, “Upon my word, this is a dashing thing to build a house such as this at the Cape, Lady Anne”. Although Lady Anne only spent five years in the Cape, her diaries of travel into the interior as well as her drawings and painting are an important source of information about the people, events and social life at that time; she was recognised as an accomplished travel writer, poet, artist and socialite.

The Barnards gave their house the name we still know today, ‘The Vineyard’, inspired by the view around them. In 2008, the Vineyard hotel resurrected a part of the property that had initially drawn the Barnards to it by re-establishing a small area with 110 vines. Soon after the Barnards originally established the homestead, a long line of visitors began to arrive, from family and friends to naval and military officers and a whole range of interesting people. When questioned about having so many guests, Lady Barnard responded, “We do it because there is nothing that gives so much comfort to others and takes so little out of one’s own pocket as hospitality.” This attitude has left a strong legacy for the Hotel, and Lady Barnard’s inspiration and spirit is still alive today, visible in the drawings and letters exhibited throughout the Hotel. 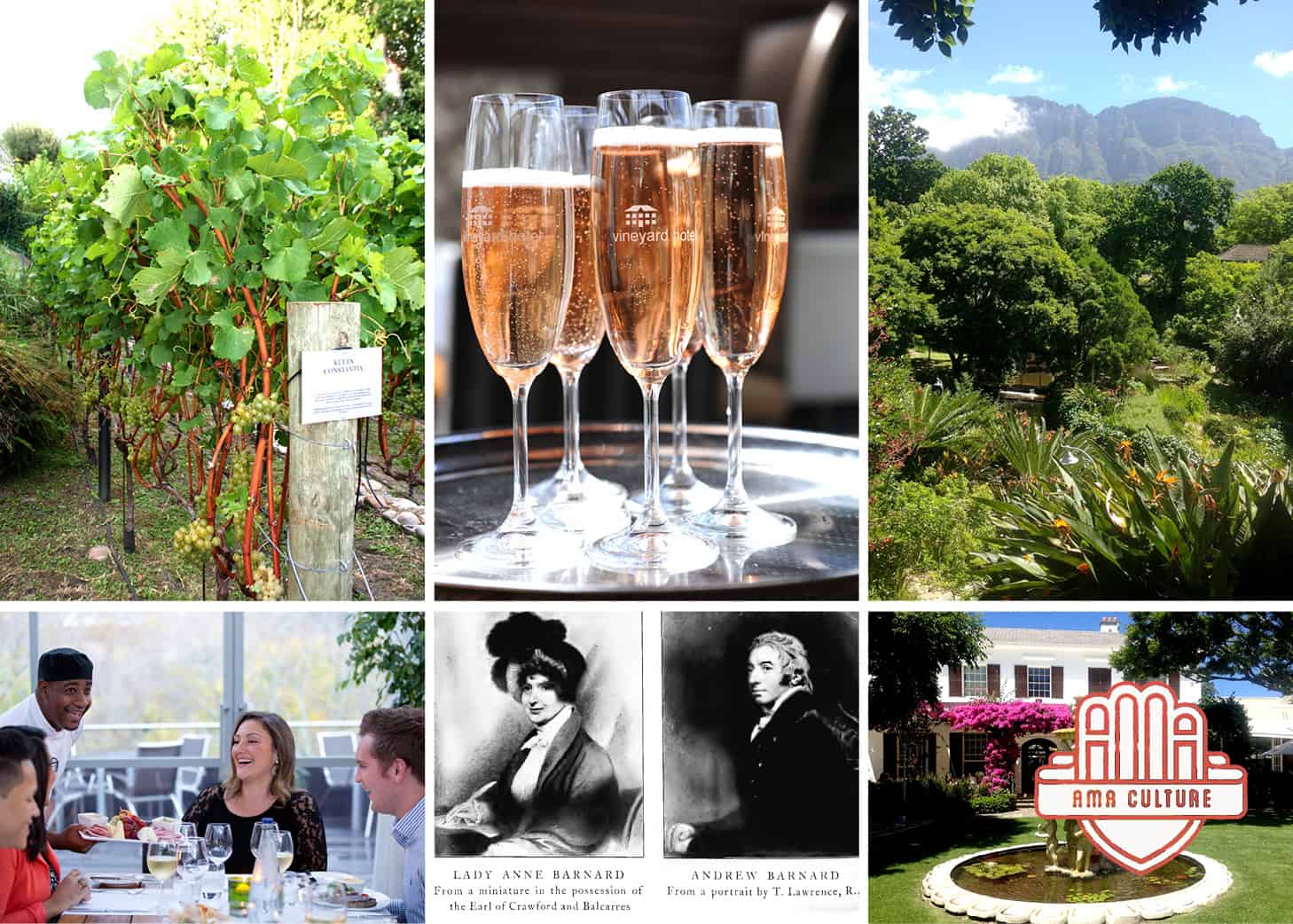 ‘The Vineyard’ initially became a hotel in 1894 with its first general manager – Mrs O’Sullivan. Rudyard Kipling, one of her earlier guests, famously said of The Vineyard, “It is kept by three thoroughly acid female devils, one with a moustache and no figure, who have made things just as unpleasant all round for guests as the twelve hours of daylight would allow ‘em.”

Over the years, however, the hotel has come a long way and has grown to include 207 state-of-the-art luxury rooms, restaurants and spa facilities. Through most of its life, it has remained a family-owned institution that has endeavored to involve the local community. An interesting anecdote involves appealing at one time to the community to help the Hotel raise funds for a new swimming pool.  Once the pool had been built – under the supervision of the Turkstra’s, who owned the hotel from 1946 – 1980 – the locals who had assisted with fund-raising were invited to make use of the swimming pool indefinitely.  This time-honoured agreement survives now through only one person who remains alive and, until recently, still made use of the swimming pool. The Turkstra’s are also remembered as the people who brought the fountain to The Vineyard, rescued just in time when bulldozers were demolishing the old Westerford homestead.

The current owners, the Petousis family, have taken hospitality to a new level since they acquired the hotel. “Their vision and skill has enabled them to advance into the future whilst nourishing and nurturing the past, maintaining that feeling of personal warmth and welcome which only comes from a close family enterprise” writes Jill Baikoff, in her book, History of the Vineyard. It is also thanks to the Petousis’, who saved the Hotel from subdivision into 33 plots, that we are able to continue to enjoy this ‘paradise of nature,’ this ‘piece of history.’