‘An intergenerational dialogue:’ Curator Amanda Hunt on ‘A Constellation’ at the Studio Museum Harlem, NYC

Issues around motherhood and the female body are brought to the fore in curator Amanda Hunt’s exhibition ‘A Constellation,’ which took place at the Studio Museum Harlem in NYC. These issues are as relevant today as they were for Elizabeth Catlett (1915-2012), who depicted the experiences of African American women throughout her artistic lifetime, or in the material (and political) concerns as represented by Harlem-born artist and activist Faith Ringgold. In this interview participating artist Billie Zangewa spoke to Hunt, uncovering some of the challenges, processes and influences around her artistic practice and how this helps form her work within a contemporary context. 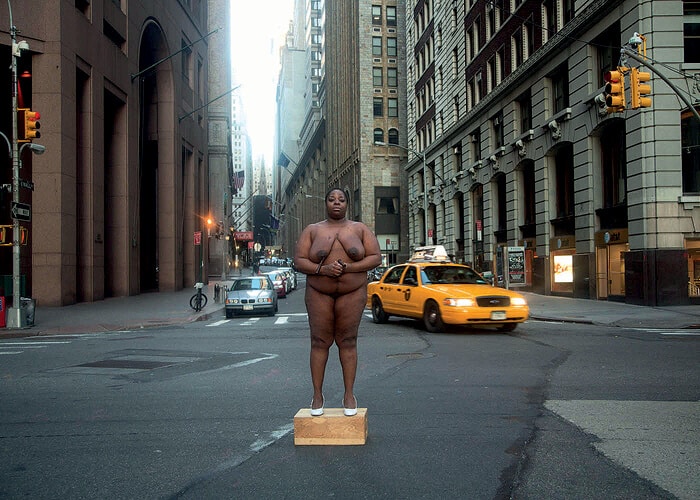 ‘A Constellation’ is an exhibition curated by Amanda Hunt, the assistant curator at the Studio Museum Harlem, NYC. Drawn from the Museum’s permanent collection, the exhibition juxtaposes eight works made between 1967 and 1996 with recent works by eighteen contemporary artists. The works from the collection – which include David Hammons, Al Loving, Betye Saar and Elizabeth Catlett – serve as material and conceptual anchors; exploring themes of the figure, formal abstraction, economy, African diasporic history and materiality. The newer works, produced by artists who are exhibiting at the Studio Museum for the first time, expand on these themes, prompting an intergenerational dialogue in visual space. Together the works function as a ‘constellation,’ a metaphor for stars that form a pattern – a representation of a gathering of dynamic, kindred artists. The connections drawn throughout the exhibition function to present just one possible combination among an infinite variety of configurations.

‘A Constellation’ poses questions about how artists have addressed race, class and the body in the mid-to- late twentieth century, and how artists continue to work through these concerns in the twenty-first century. The United States is in the midst of a particularly fraught moment in the conversation around these subjects, both in the media and in private spaces. Some may imagine that many complex, century-old questions have been resolved since the birth of black nationalism and the civil rights movement — despite the fact that we have only begun to unpack our collective history here. 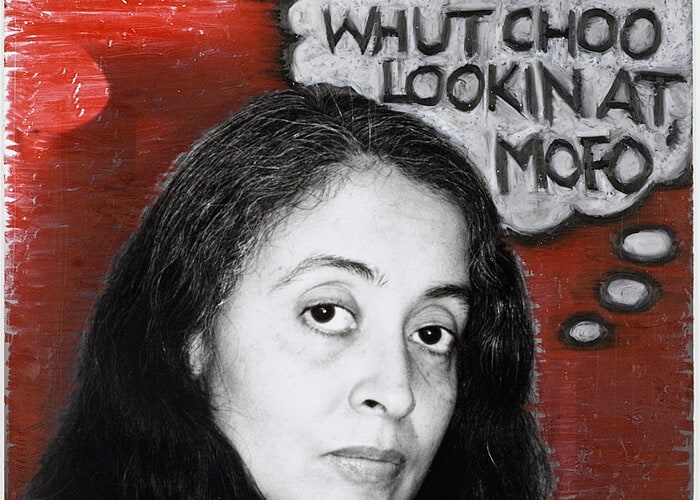 Amanda Hunt: How and when did you come into working with textiles and, particularly, silk?

Billie Zangewa: I came into it out of necessity. I studied printmaking and after graduating, I had no access to a studio in my hometown of Gaborone, so I couldn’t practice. This prompted me to pursue a medium that would give me the freedom to work anywhere. I had always been interested in fashion and richly-textured surfaces, which I attribute to working with beautiful, rich paper in printmaking. When I came upon Dupion silk, it was love at first sight. I was limited by financial restraints, so I started working with sample squares collected at interior design stores. When I assembled these squares together they reminded me of the façades of the buildings in the Johannesburg CBD and this was the beginning of my journey with silk. 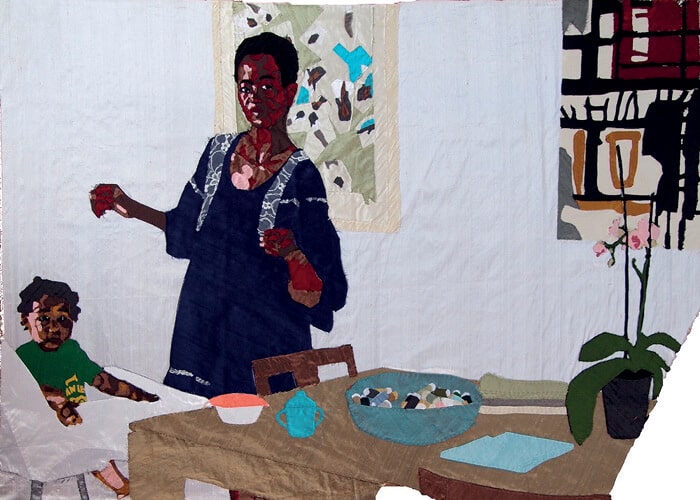 What is your process? You produce such painterly tapestries and capture physical anatomy so well.

I begin with a mental picture of a dramatic scene inspired by a personal experience. This is followed by image research where I gather up all the elements that will make up the narrative. When I have all the images, I proceed with the pencil drawing on newsprint, the template from which the silk shapes are cut. These cut-outs are then pinned onto a silk background. Once I have cut and pinned all the elements, I begin sewing them together. What is not obvious in the final silk tapestry is that the template drawing is made up of a collage of images assembled into one drawing. Through trial and error, I have learned that this stage has to be completely resolved before I start cutting so as to avoid creative complications later. The detailing comes right at the end where I do the last bit of drawing and cutting. Logistically it works best to do it this way.

Why do you feel it is important to document the domestic – its spaces and the activities that occur within them?

What is important for me is the development of the personal narrative. I have always centered my work around personal experience. Previously, my experiences were those of a single woman and the themes in my work reflected that. Now that I am a mother, my stories are focused on this life expansion; its pleasures, pressures and daily concerns. They are set in the domestic space, where the majority of child-rearing occurs. I feel compelled to share my experiences, these mundane domestic preoccupations are universal themes connecting us to each other. They show the intimate life of the female artist playing other roles in society, a side that, at large, is rarely seen. 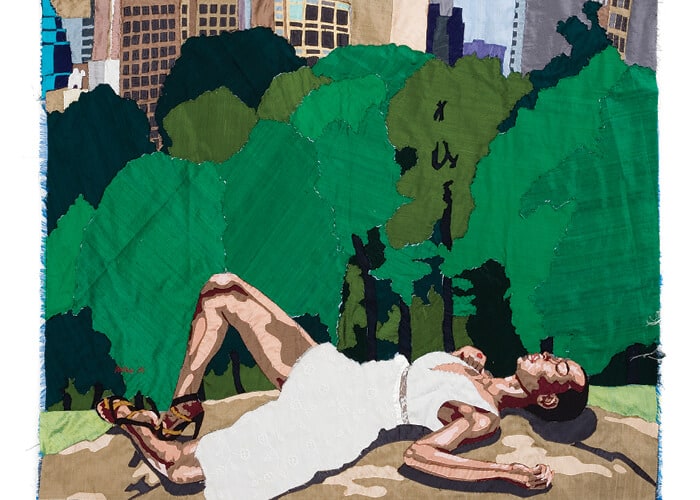 How do you feel your work fits into a broader canon of feminist art – beyond Elizabeth Catlett and Faith Ringgold – who are your counterparts in the context of ‘A Constellation’? I think immediately of other political, feminist artists and their work: Judy Chicago transforming dinner plates into vulvas in the 1970s or Alice Neel’s uncompromising Self Portrait from 1980.

My work deals with the female experience, both personal and universal. It fearlessly highlights stories that may be seen as sentimental or considered inappropriate subject matter for art – particularly when narrated by a woman. It is about celebrating women as triumphant heroines of their own stories, in charge of how they will be told. Initially, I was reacting to acts of misogyny that I had personally encountered on my life’s journey. Eventually I realised that it was an opportunity to value and celebrate, rather than condemn, because hatred and bitterness are enslaving rather than liberating. Another obvious layer of my work is the medium itself. I have taken a traditionally female pastime and turned it into an empowering tool of self-expression.

Amanda Hunt is the Assistant Curator at The Studio Museum in Harlem where she manages the Artist in Residence programme and has curated several exhibitions including Lorraine O’Grady: ‘Art Is…,’ ‘In Profile: Portraits from the Permanent Collection,’ ‘A Constellation,’ and an upcoming solo exhibition with Rashaad Newsome. Hunt curated ‘Portland2014: A Biennial of Contemporary Art,’ a regional survey exhibition in Portland, Oregon in 2014 and was a curator at the non-profit art space LA><ART from 2011-2014

‘A Constellation’ ran from Nov 12 2015 – Mar 6 2016 at The Studio Museum Harlem, NYC. This article was first published in the March 2016 issue of ART AFRICA magazine, entitled ‘Looking Further North.’