In conversation with Dale Lawrence

South African artist, Dale Lawrence, has returned to SMITH with ‘Another Helping’ – a critical investigation into the numerous, and perhaps humorous, complexities of producing art.

Drawing on the notion that artists face a pressure to produce identical work to prior exhibitions, yet concede to a set of ideas and a preferred means by which to communicate them, they find themselves bound to create a body of work quite similar to that of their previous work – producing, in other words, another helping.

ART AFRICA spoke to Dale Lawrence about ‘Another Helping’, the comparison of food to art, and the influences he’s had along the way. 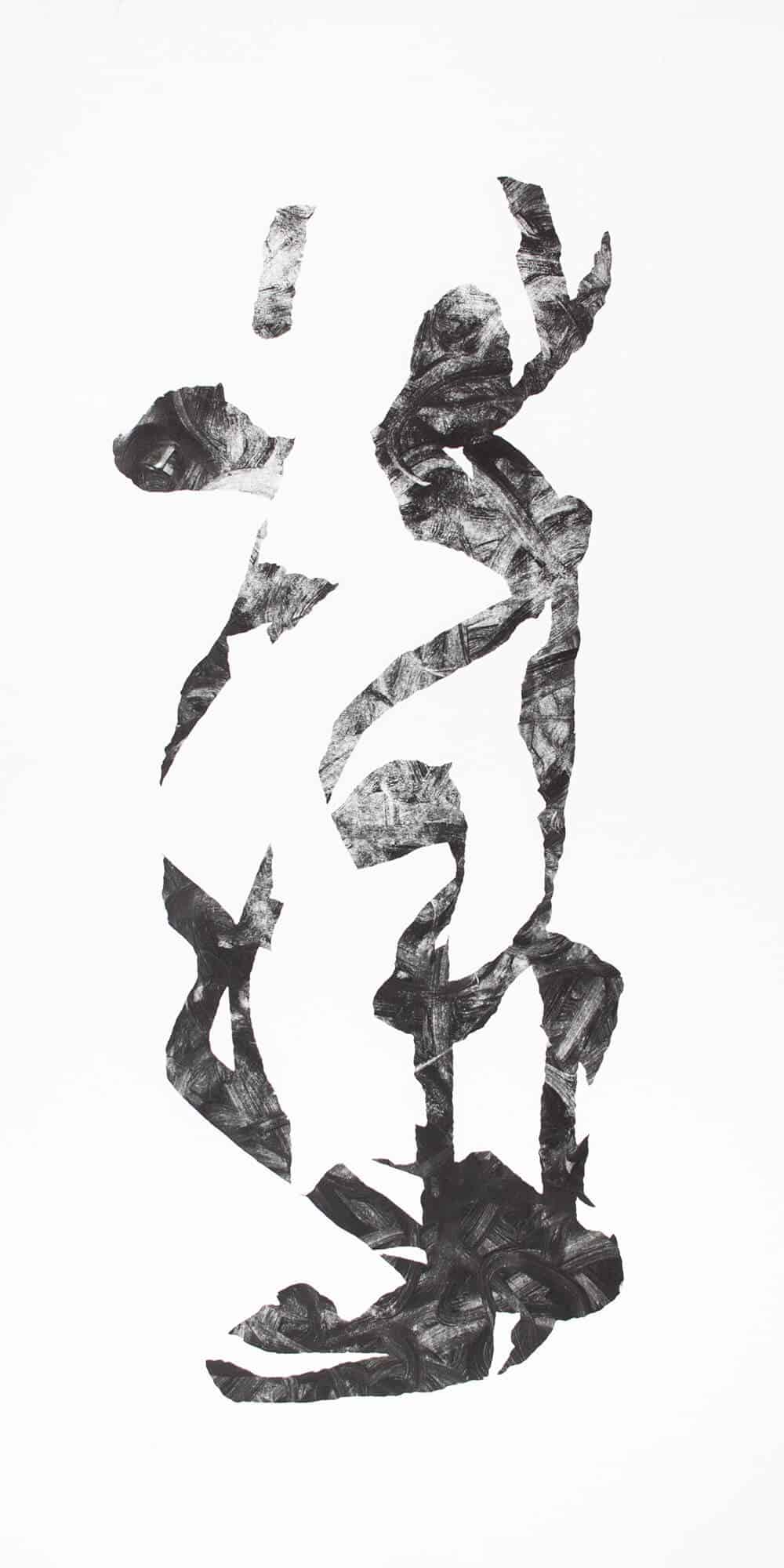 ART AFRICA: In an interview with Matthew Freemantle, you claimed that a notable similarity between food and art is their ability to communicate – yet food is arguably far better at communicating as a cultural and social tool than art. How did you come to the comparison with food for your exhibition, ‘Another Helping’, currently up at SMITH Gallery, and why was it important for you to explore it?

Any meal contains within it the obvious nutritional value, but equally importantly it has sensory (taste/aesthetic) value, and abstract values (care, skill, effort, novelty, ethics, etc.). The meal is a vessel for communication just as art is, only art is mystified to the point where most people claim not to have the tools to understand it at all. When faced with a plate of food, one is likely to ask oneself ‘what am I eating? What are the ingredients?’. People should have the same approach to viewing art, or buying shoes or watching a movie, for that matter.

Equally important is the comparison in the other direction—to think of everyday things, like food, as similar to art. Anything can be engaged in and understood as communication. Everything has, written into its fabric, messages of its makers’ intentions and beliefs. From the most obvious—religious or tribal clothing—to the most subtle—like ‘functional’ design objects that claim to have no message at all. If you are aware of what makes up the meal in front of you, you’re in a better position to decide if you want to eat it.

If I have a new idea or develop a new technique, there’s a moment where the aspect that is new is truly new. That moment can be captured or realised in an artwork (or any object or experience). But what was truly new in the last work I made won’t be new the next time I do it. It may still be valid and worth making, but it cannot be ‘new’ in the same way. It is in a sense a reproduction of the original moment.

Looking at the example of Jackson Pollock’s discovery/invention of drip painting in 1946, when he made that very first painting it was something truly novel. After that, from one perspective, he went on to explore all the possible outcomes of this new form of art. From another perspective, he reenacted that one moment for the rest of his career.

What I wanted to do with the work in this exhibition is reposition those aspects of an artwork that are responsible for its perceived value—like novelty in this example—with the hope of making the ‘ingredients’ of the work more visible, hence making new artworks by cannibalising/recycling old ones.

Playing with the two driving contradictory mechanisms within the art industry – artists are expected to be both experimental, because new things create new ideas, and do more of the same, because it needs to be sustainable economically – you have created a new body of work from old linocuts and defaced plates. Do you think this issue is exclusive to the South African art scene, considering the poor support for the arts from government, or would you say it’s a symptom of the art world, globally?

I think it is an acute example of a global phenomenon that is not limited to art. There is a tension between the two forces that drive the production of anything—that of satisfying needs (the ostensible ‘purpose’), and that of generating income. The one force strives toward deep and meaningful engagement, the other ruthlessly champions efficiency.

Organised funding can work to alleviate financial pressure in the short term, but ultimately commerce is the most stable system of distribution in the world today in all industries, so figuring out how to balance these two opposing elements would be the most beneficial in the long run.

Ideally, what becomes the consistent ‘product’ is honest insight and new forms of expression that suit the times (i.e. real contemporary art), so that becomes what people expect. John Berger describes another form of art, which he terms ‘cynical’ art, where the pressure to make a sale or complete a commission is greater than the internal impetus to make the work. If an audience can tell the difference between these two, artists and galleries are rewarded for keeping art relevant and meaningful to the people whose lives it is intended to reflect. If the audience can’t, then both the valid and the invalid are rewarded indiscriminately, which only serves to further confuse the issue. 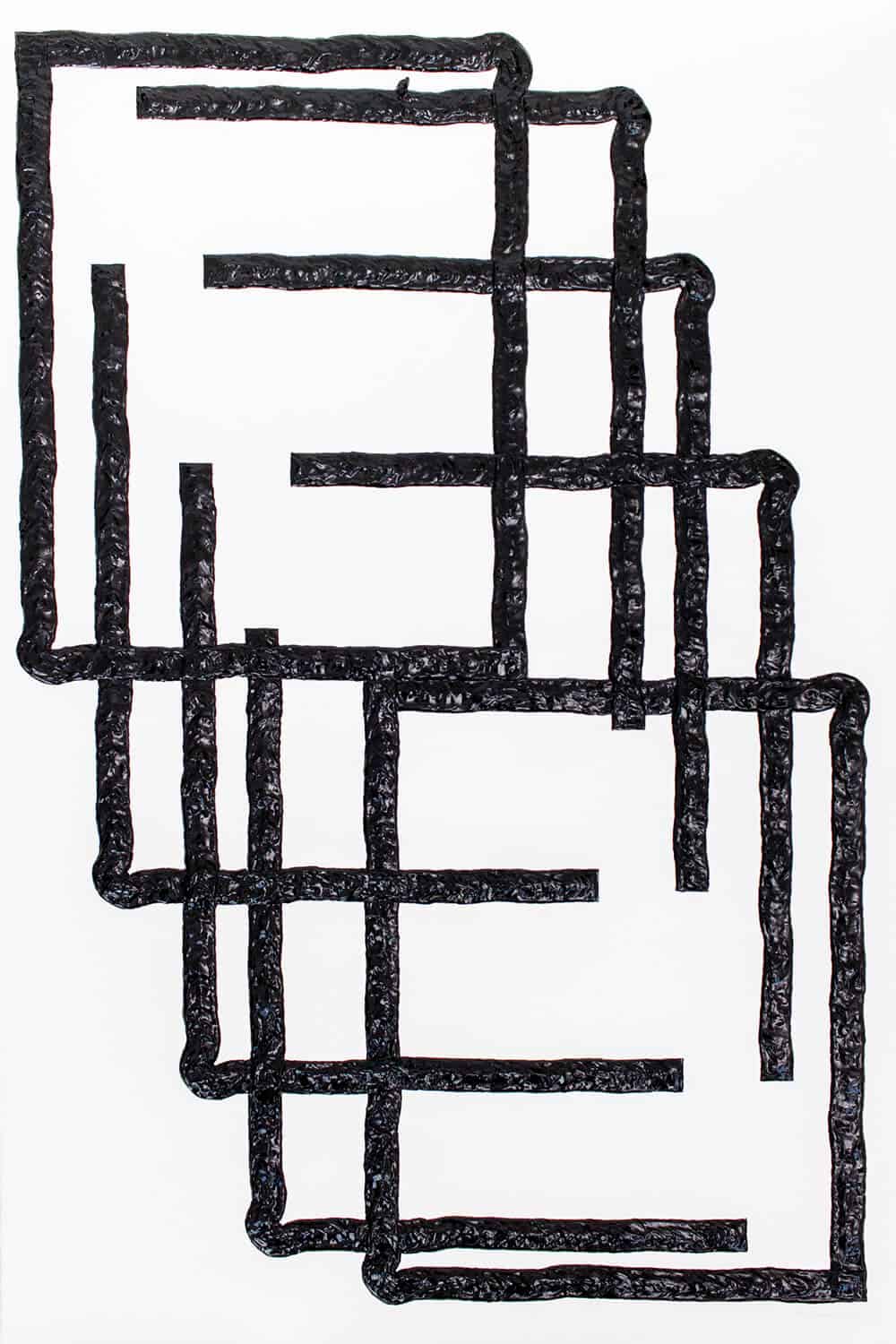 “The fact that work is in a gallery to start with elevates its status from everyday object to significant object. By placing the work on the walls in a gallery you’re suggesting that this work has something to say or that it is worth being contemplated. The more space it is given the more it is loaded with that – therefore the more intimidating but also the more attention it demands. So, the idea of breaking the gallery up was both to create a quietening by having fewer artworks visible at a time. You address what’s in front of you – it’s not a buffet.” – Whilst ‘Another Helping’ critically considers the gallery space, and still makes use of it, would you not suggest that it is better to do away with the gallery space completely? How would you suggest we ‘demote’ the status of art to better match the consumption and inclusivity of food?

The focused nature of a gallery (its sole purpose at any given time being the presentation of the work it is currently showing) means that it is an incredibly powerful and moving environment when used well. Keeping with the food analogy, suggesting we should do away with galleries entirely might be comparable to getting rid of restaurants. Perhaps the answer is that galleries shouldn’t be the only place to ‘fill up’.

There’s a social aspect to food that’s often missing in art. One can share a meal with friends and enjoy it in a casual and candid manner. Art should be approached in the same way. It speaks to you or it doesn’t. You like the taste or you don’t.

I think if we can recognise art as a form of communication on par with food and clothing and advertising and TV, then people will know how to engage it, thereby increasing the scope and relevance of formalised (or ‘fine’) art in people’s lives. 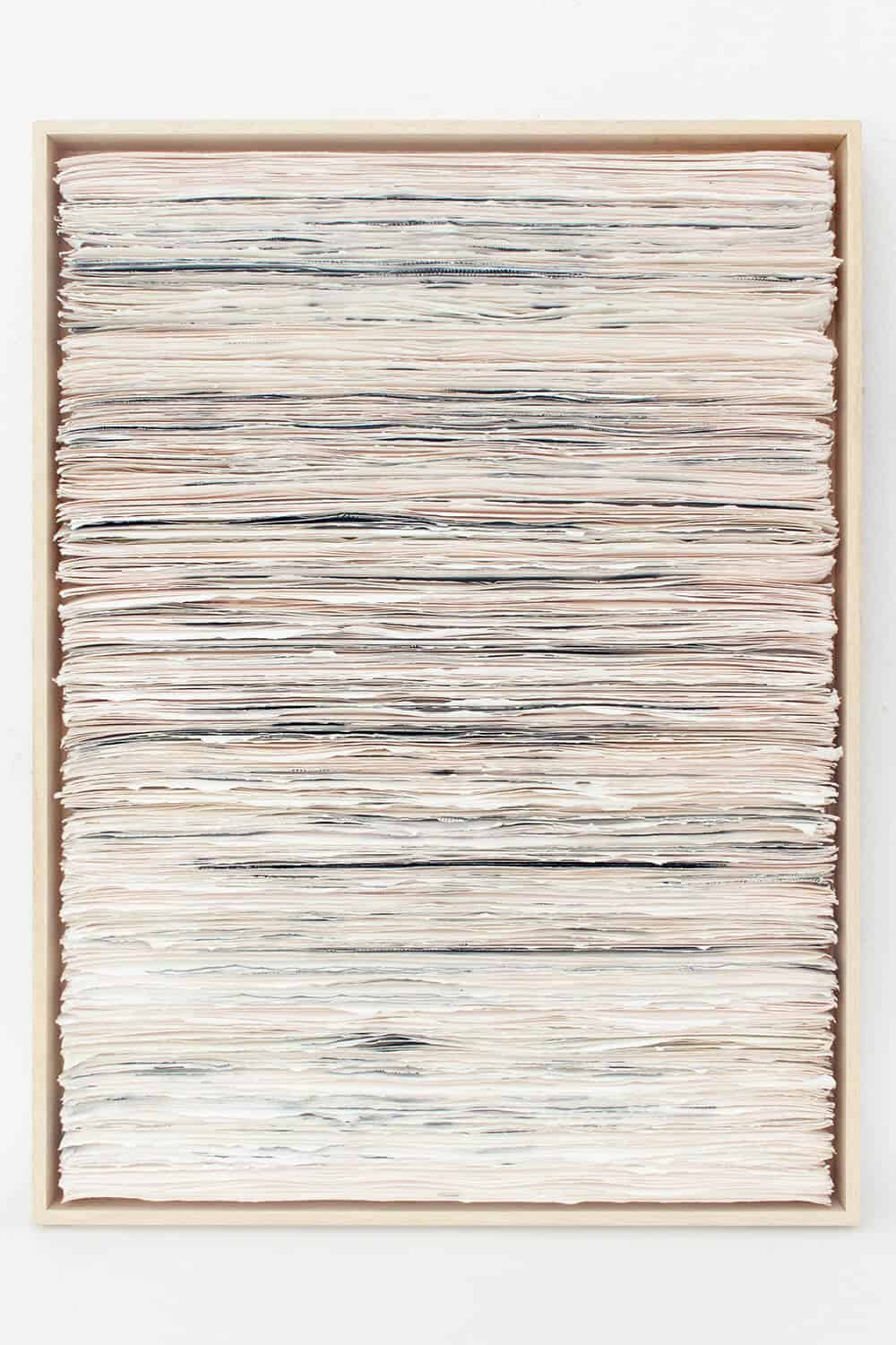 You mention Jackson Pollock’s discovery/invention of drip painting in 1946, and John Berger’s notion of ‘cynical’ art, where the pressure to make a sale or complete a commission became greater than the internal impetus to make work. Would you say that these two pioneers in the art world have had a great impact on your work, and who else do you look to for inspiration?

I think they have, along with countless others. It would be difficult to acknowledge everyone’s influence. That said, here are a few that come to mind:

John Ruskin’s preference of the amateur over the professional (he suggests that amateurs are more likely to make great discoveries because training is, by definition, conservative).

Jean Baudrillard’s observation that humans use objects largely in symbolic or communicative ways, over their obvious practical functions.

John Berger’s suggestion that advertising is the truest art form today, relating it to the roles played in society by premodern art forms.

Jared Ginsburg’s theory that people are like Lurpak cows—you have to be in a good space to produce something good.

Dale Lawrence, After Ghirlandaio, upon a Flash of Inspiration, 2017. Oil on canvas, 60 x 40cm. Courtesy of SMITH Studio.