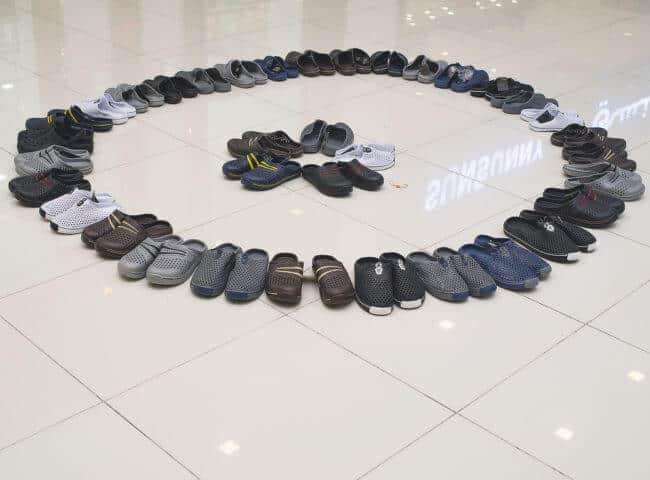 Narrow as it was, the street in any Muslim country was always very lively – a permanent meeting place for people who enjoyed open-air display. It was the essential artery, the rendezvous for story-tellers, signers, snake-charmers, mountebanks, healers, charlatans, barbers and all those professionals who are so suspect in the eyes of Islam’s moralists and canon lawyers.

– Fernand Braudel – A History of Civilisations

Braudel’s vivid depiction of the Muslim trading hub has been branded in the global imagination. It is there in Steven Spielberg’s stereotyped vision of the Arab world in his Indiana Jones franchise, in Edward Said’s critique of ‘Orientalism,’ in the tourist industry’s vision of the Souk. What is particularly intriguing about Braudel’s vision, however, is the element of subterfuge, for his market-place is a supple open-ended world that also refused moralism and canonical law.

The rationale behind such open-endedness lies in trade and the greater world it afforded, because trade is not only an exchange in goods and money but the very heart of globalisation.

No civilisation can survive without mobility: all are enriched by trade and the stimulating impact of strangers. Islam, for instance is inconceivable without the movement of its caravans across the ‘dry areas’ of its deserts and steppes, without its expeditions in the Mediterranean and across the Indian Ocean far as Malacca and China.

Braudel’s vision of the integrality of trade and civilisation finds its echo in Dubai’s 2017 Global Art Forum – GAF – entitled ‘Trading Places.’ Reciprocity and movement are essential to the conversations which define the forum. Its Commissioner, Shumon Basar, amplifies this age-old logic of trade and culture. “Trade is at the heart of humankind,” he writes. “Trade connects people to one another in myriad of ways, seen and unseen. Trade can fuel civilisations and empires. It can dictate time itself. The end of trade turns somewhere suddenly into nowhere.”

Like any dynamic ecology, trade is fickle. To understand the world, however, to grasp surprising shifts in power and location, means that we must also admit the probability that nothing, finally, lasts, that a thriving nexus can as easily become a hub for ghosts. Hence the need for suppleness and flexibility, the understanding that a place for trade is as real as it is imaginary. “The infrastructure of trade is also a geography of imagination and invention” which is constantly reshaped to redefine one’s sense of place. It is this principle that fuels Dubai and its ‘sibling’ Gulf cities – well aware that oil is unsustainable, that new economies must always come into being.

“Towns, roads, ships, caravans and pilgrimages were all part of a single whole,” writes Braudel. They were “elements of movement, all lines of force in Muslim life.” And at the heart of this movement was trade, because “Trade meant towns.” However, as Sugata Bose rightly qualifies in his book A Hundred Horizons, “The overemphasis on trade has tended to obscure much else that went along with it, especially the flow of ideas and culture,” for “a cultural milieu is quite as important … as a trading zone.” Indeed, I would argue that the culture generated through trade is by far of greater significance.

If it is the meeting of strangers that is all important – the project of becoming the other of oneself – then it follows that indigeneity had to be rewired and the world reconceived as a fluid nexus of different and interlinked worlds. Which is why Bose notes that “The fortunes and fears of migrant Indian merchants, moneylenders, soldiers, and labourers make it imperative to blend imaginatively the dimensions of economy, politics, and culture in rethinking … an interregional arena in the nineteenth and twentieth centuries.” As for the twenty-first? What new alignments does GAF offer us?

The shift from seafaring to cyberspace? Decolonisation to futurism? An archaeology of past trading routes and their retracing in the present moment? Vectors of indentured labour and mutual dependence between, say, India and the Gulf? The East India Company as the prototypical multinational corporation and global trader? The Silk Road rebooted, reimagined, reworked?  The value of deceleration in a world overdetermined by speed, the better to reinvent oneself within a new set of transactions defined by “relative slowness?” Against the arrogance of purism – creolisation?

If Dubai is being reconstructed as “a regional and global centre for creativity,” if it seeks to “enhance the city’s cultural identity in order to drive the creative economy” it must, surely, reappraise the cultural conventions which continue to stifle such a move? For if Dubai would become what it claims to want to become, if it truly seeks to trade places, then desire – the root of travel and reinvention – must be enshrined. A steadfast and inhibitive canonical law will have to learn to become as supple, as open, as all the great faiths defined by pilgrimage – and movement. 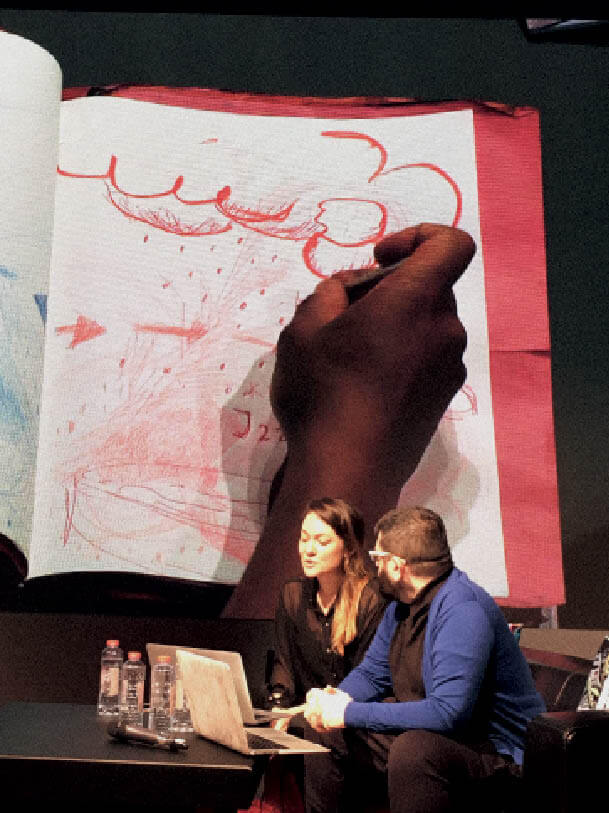 FORUM 11: TRADING PLACES. Whether associated with technical evolution or hysterical hubris, speed has been both admired and seen with suspicion. From ancient debates concerning seafaring and trade to today’s hopes and warnings about cyberspace and robots; the impact of globalisation on localities, and ruptures in time; from decolonisaton to futurism, through what Stephanie Bailey calls transition times. She was joined by fellow accelerationist writer and curator Mohammed Salemy and artist Oscar Murillo in a discussion hosted by Oscar Guardiola-Rivera. Photo: Brendon Bell-Roberts