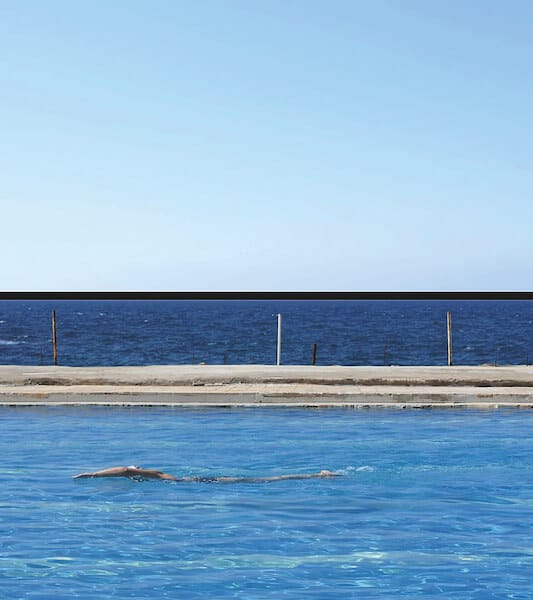 In this year’s Sharjah Biennial, commissioned by Hoor Al Qasimi, President and Director of Sharjah Art Foundation and curated by Christine Tohme, the ambition is all the more wide-ranging. The curatorial framework is departing from the concept of ‘tamawuj,’ the Arabic word describing the movement of waves, fluctuation and undulating appearance.As we can read in the curatorial statement in the accompanying guide book, “Tamawuj proposes a structure of care and cultivation as well as a mode of working by processes of contamination, where spillage and the introduction of new elements result in the formation of compounds, altering the original balance into a series of interventions … We tried to think of Tamawuj not only as a cyclical repetition of the same gesture, but as a reciprocal act of exchange, where various nodes of the biennial both draw from and flow into one another.” These considerations have then effected the structure of the biennial where the extensive programme includes not only the central event between March and June 2017 in Sharjah, but exhibitions in Beirut in October 2017, off-site projects in Dakar, Istanbul, Ramallah and Beirut, as well as year-long educational, research and publication platforms. Hence the investigation of the elements that the curator identified, and with which and through which the biennial is aiming to analyse the interactions – water, crops, earth and the culinary – are truly expanding the original venue, and connecting the distant cities.

The exhibited works investigate the interconnections between the elements of the framework, sometimes even connecting the biennial venues themselves too, for example by having works of the same artist in different locations. The ‘waves’ of the main theme could appear in direct and indirect ways too. Roy Samaha’s video work titled Residue (2017) is composed of a series of GIFs created on the artist’s journey along the Mediterranean shores surveying the experience of migration and its connection to image and memory. The overlapping of personal and definitely corporeal experience and its connection to the concepts of mobility and distance in a wider perspective characterises the 12-hour video work of Nesrine Khodr, where we can see the artist swimming back and forth in an open-air pool for most of the duration of the long video, covering about nine kilometres, though physically not reaching anywhere. Apart from the water waves, we can mention the audio waves of a particularly poetic work of James Webb: on the opposite ends of a long and narrow exhibition space two audio speakers play the sound of a human heartbeat in a subtle volume, so that while walking along the corridor, one reaches a point where it completely disappears, then increases again. The experiment of audibility and materiality of the heartbeat becomes more serious and poignant when considering the fragility of the original – though recorded – sources of the sound. In the biennial that attempts to describe and question our contemporary condition, Webb’s minimal though suggestive work can be put in parallel with the intention of the curator when writing: “I want this biennial to channel our thinking, to help it flow in parallel to and within constraints rather than outside or against them. Tamawuj is not meant as a demarcation, but as the undulation of the many lines we tread, simultaneously and together, while things fluctuate around us.”

Dr. Zoltán Somhegyi is a Hungarian art historian, holding a Ph.D. in aesthetics. Based in the United Arab Emirates and teaching at the University of Sharjah, he is the Middle East Editor-at-Large of ART AFRICA. www.zoltansomhegyi.com 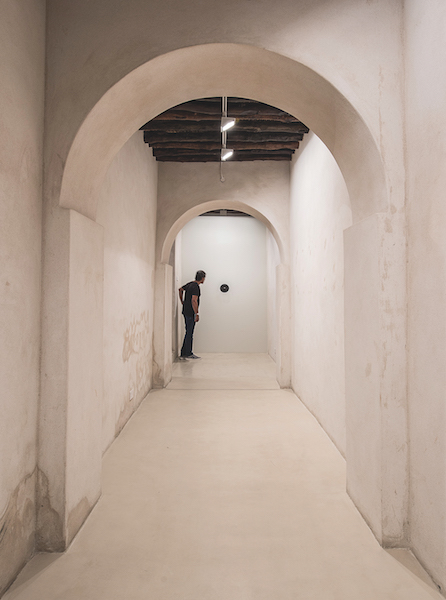