ART AFRICA In Conversation with Koyo Kouoh About 1:54 FORUM, London 2016

in News Articles 2013
Share on facebook
Share on twitter
Share on email
Share on whatsapp
With the 1:54 Contemporary African Art Fair opening its doors at Somerset House in London today (15 October 2015), ART AFRICA looks back at our conversation with Koyo Kouoh, coordinator of the 1:54 FORUM educational and artistic programme for this year — focusing on the artistic and intellectual relationships between the Maghreb or North Africa, and sub-Saharan Africa or ‘Black Africa.’
South African art historian Liese Van der Watt speaks to  Kouoh, the founding artistic director of RAW Material Company, her own organisation based in Dakar, Senegal, which was established to promote and stimulate critical, theoretical and analytical conversation around contemporary art production. FORUM is essentially a continuation of that agenda, albeit on a larger platform.
This interview appears in full in the inaugural issue of ART AFRICA, ‘Becoming African.’ You will also be able to read this exclusive content in the October Digital Issue (FREE app download here for Apple and here for Android). 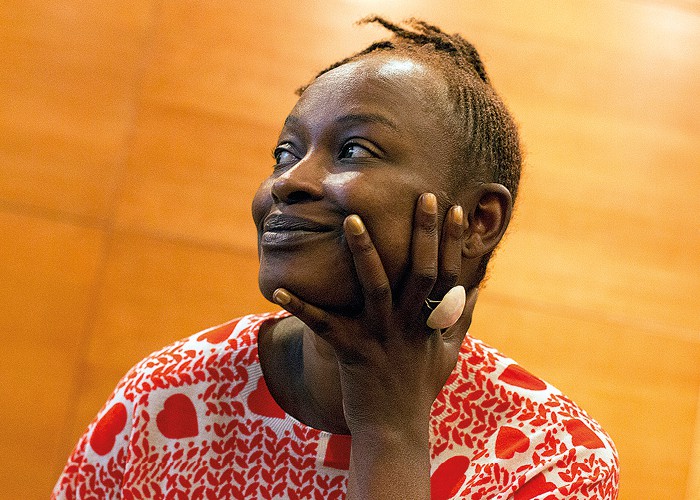