Patricia Caille teaches in the Information-Communication department a the University of Strasbourg. As an academic she has coordinated multiple research projects in relation to Maghreb cinema, co-organised two conferences for Panorama de cinémas du Maghreb et du Moyen Orient and recently took part in a roundtable at Carthage Film Festival. ART AFRICA spoke to Patricia about the history of cinema in North Africa, the European lens, and the importance of festivals such as Carthage. 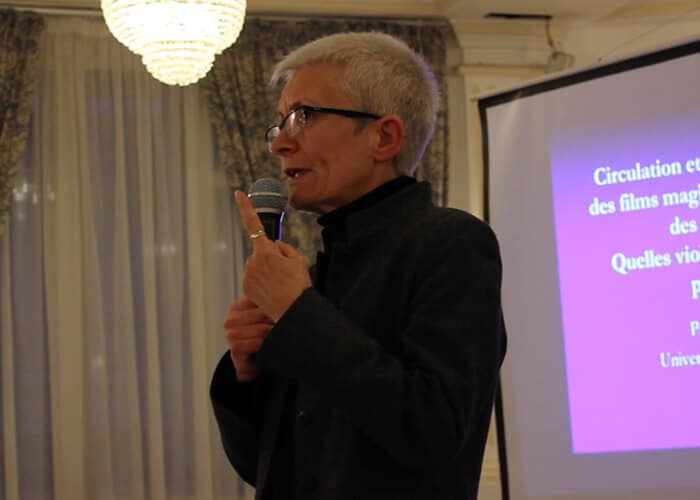 Patricia Caille addresses an audience at a round table discussion during the Carthage Film Festival in Tunis, 2015. Photo: Sven Christian

Patricia Caille: The Panorama des cinémas du Maghreb et du Moyen Orient is an annual festival in Saint Denis, a suburb of Paris. There have been ten of them so far and I have co-organised two conferences in relation to this festival; one on Maghrebi women filmmakers and the other on the circulation of films in the MENA region. The festival began as an attempt to make local audiences more familiar with Moroccan cinema, which was growing rapidly at the time and has since expanded into a Maghrebi and Middle Eastern film festival. It promotes a kind of independent auteur cinema, that is at times experimental.

Carthage is very different because it is an international film festival that started in 1966. Right from the start, Tahar Cheriaa, a founding figure of film culture in Tunisia, wanted it to showcase Arab and African films. It used to be called the JCC (Journées Cinématographiques de Carthage). Today the change in name to the Carthage Film Festival suggests a transition and probably an attempt at placing Carthage on the crowded circuit of large international film festivals. Unlike most international film festivals, Carthage has a large local audience. The screenings are attended by crowds of young people from Tunis and beyond who throng into the city to watch Tunisian and international films. This year, people fought over tickets for the premieres of Tunisian films, whichmakes me think that Carthage is going to lose part of its soul if it does not cater to these large local audiences. 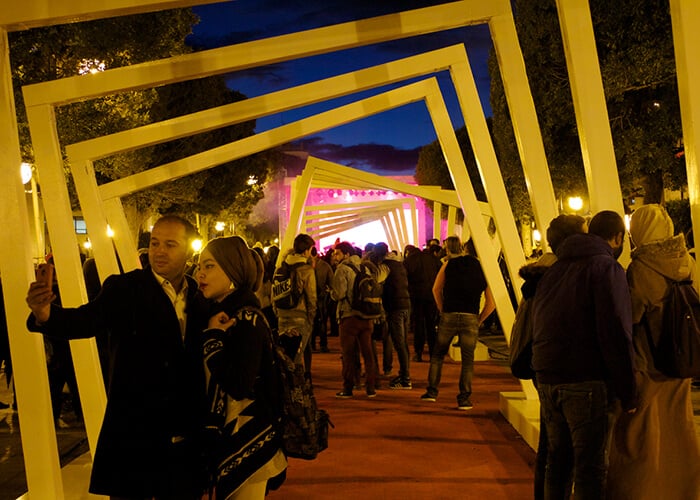 You spent two years researching another local Tunisian festival that started in 1964. Can you tell us about that festival and some of the similarities and differences it shares with an international festival like Carthage? How varied are these audiences?

Far from the glitter of Carthage, the oldest film festival in Tunisia, the Festival International du Film Amateur de Kelibia (FIFAK), started in 1964. It is organised by the Tunisian Federation of Amateur Film makers (FTCA) in a small fishing town called Kelibia. FIFAK runs master classes and debates, screening films exclusively at night in an open-air amphitheatre with twelve hundred people crammed onto cold, concrete bleachers. You’ve got to be committed to sit through really long screenings at night. FIFAK shows short films produced by amateur filmmakers from Tunisia, Europe, South-America, etcetera. This is an important event in Tunisian film culture because the FTCA has always thought of itself as a place of resistance against authoritarianism and dictatorship. The transition to democracy in Tunisia has raised great hopes but has also been fraught with deep anxieties due to the fear of Islamism and lack of economic opportunities for young people. FIFAK is a place where you still find a lot of defiance, a forum in which people can discuss what could be a new Tunisia, what could be Tunisian culture post 2011. 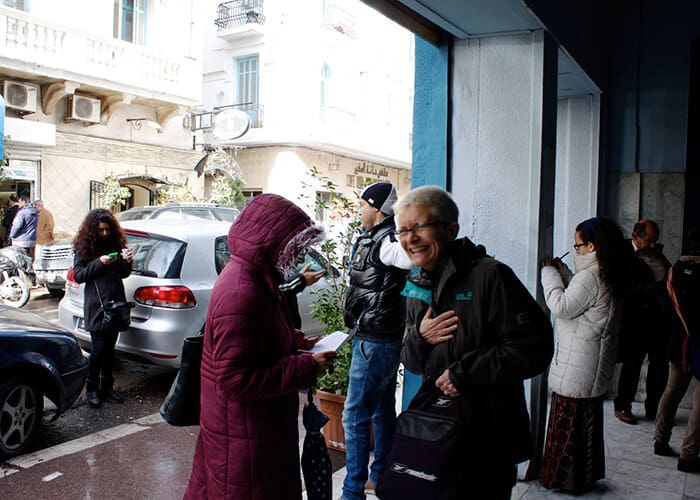 What type of visibility does a festival like Carthage provide for filmmakers?

The problem with cinema in Tunisia, Algeria and Morocco is that exhibition is almost non-existent. In Morocco you have fifty- seven screens. Algeria has a few cinemas, cinematheques, and video halls and there are only a dozen cinemas in Tunisia, so local films cannot find audiences through cinemas. As there are no domestic or regional markets, these films have an economic and symbolic need for international visibility through festivals and commercial distribution in Europe. As strange as that may seem, an international reputation can help the films in their domestic market.

The problem with commercial distribution abroad is that the films are considered representative of national culture – made to meet international audiences’ expectations of what a Maghrebi or Arab film is. At a round table discussion during the JCC, I spoke about the ways in which some films by women filmmakers did quite well with commercial distribution in Europe, but they were not considered as ‘films by women filmmakers’ but as ‘films on the condition of women.’ Basically, films by women filmmakers with no female protagonists do not get any attention. The fact that people do not ask themselves whose perspective it is erases the specificity of some of these films.

An example is The Silences of the Palace by Moufida Tlatli, about the lives of bonded women in a palace during the struggle for Tunisian independence. In France this film was regarded as a film about the fate of Maghrebi women, a reading which overlooked its significance as a historic Tunisian film. The history of feminism in Tunisia is very specific so, to a certain extent, not integrating such films into a larger reading means missing a lot about the films. In France we often talk about Maghrebi cinema, which covers three national cinemas with very distinct histories, film cultures, film aesthetics and patterns of industrial development. Even though I understand the need for categories, putting all these cinemas under one all-encompassing banner of ‘Maghrebi cinema’ erases the specificity of each national cinema. There is a need for a festival like Carthage to propose a larger variety of films and a less reductive analytical framework. 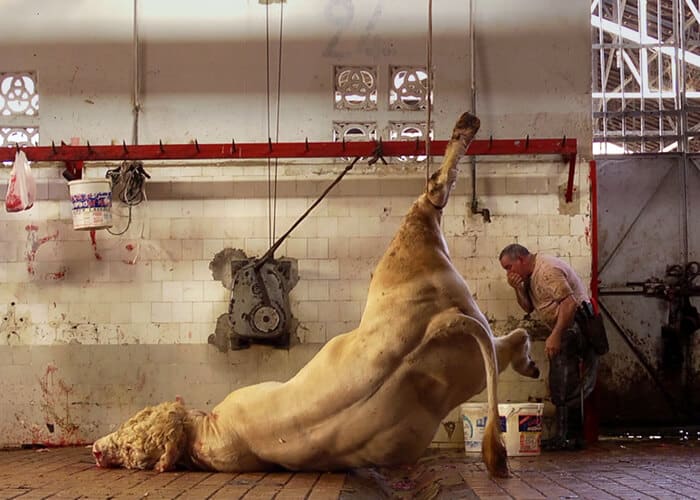 What steps do you think need to be taken for people to begin seeing Arab and African cinema in this light?

I think we need to develop spaces in which people can come together, talk and learn about films. I interviewed Alia Arasoughly for a volume I am co-editing on the circulation of films in North Africa and the Middle East. Alia has created Shashat, a non-governmental organisation committed to developing women’s cinema in Palestine. Shashat trains women filmmakers who make short films that circulate in community centres, refugee camps and universities around the West Bank and Gaza during an annual festival. Discussions are organised as a platform for people to freely discuss certain issues without having the weight of the political context on their shoulders. Such moments are essential in the development of communities.

What is your view on the necessity of cultural productions given some of the recent global concerns?

To a certain extent, the world is changing very fast and the future may look bleak for younger generations. This comes across very clearly in some of the films. At the end of a fascinating Algerian documentary called Fi rassi rond-point by Hassen Ferhani, a young man says that someone like him has only three possibilities; committing suicide, filling his head with ideas and things and he’s dead-alive, or crossing the Mediterranean to try to reach Europe, but there is no way a man like him can make it by working in his country. This shows an acute awareness of one’s condition. By giving a voice to people who don’t have one, such festivals are reminders of where people stand in the world, reminders that being dominated does not mean being duped.