ART AFRICA In Conversation with Trevyn and Julian McGowan

Husband-and-wife team Trevyn and Julian McGowan are the founding directors of Southern Guild, the foremost collectable design gallery in South Africa. ART AFRICA spoke to them about some of their favourite designers, their recent success at Design Miami/Basel 2015 and the market for African design, both locally and internationally. 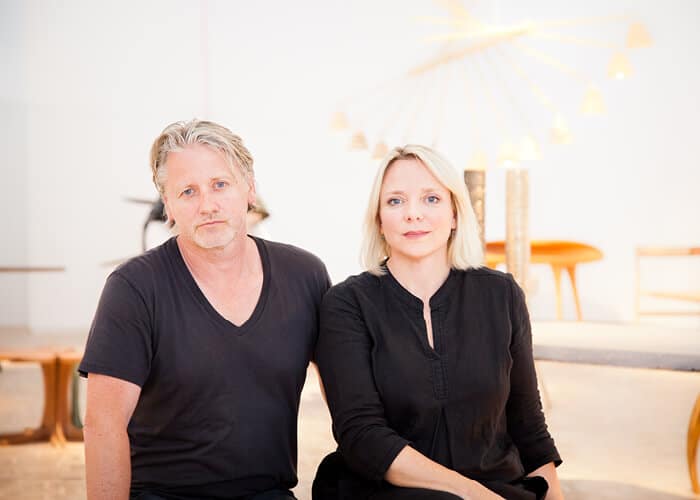 ART AFRICA: Your focus on the seamless intersection between art and design has taken Southern Guild to numerous international art fairs like Design Days (Dubai) and Design Miami/Basel 2015. You even have your very own GUILD Design Fair (Cape Town). Where have the most receptive audiences for high-end design pieces from Africa been, and which countries in particular are acquiring African design?

Trevyn and Julian McGowan: Design Miami 2014 was virtually a sell-out show for us last year, so we’re looking forward to returning this December. Most of those buyers were from South America. We’ve also had fantastic support in the Middle East, through four exhibitions at Design Days Dubai, with many of those buyers coming from Lebanon – there’s a very sophisticated buying market in Beirut. Because these international design fairs have such a great international appeal, people travel from around the world to visit them. As a result our reach has become more global. Through this exposure we’ve received major interest from some of the most important museums, galleries and auction houses internationally. It is, however, interesting to note that the biggest sales at our own fair, GUILD, came from Cape Town-based buyers. This was for work by Kendell Geers and Thomas Heatherwick’s Extruded Aluminium Bench, demonstrating a growing interest in collectible design in South Africa itself.

Is the trend of collecting high-end design well established internationally and how have the African designers that you work with been received in these circles?

Collectible design is definitely a growing category that sits very comfortably alongside collectible art. Design has become an important companion to art, as demonstrated by the international trend toward hosting design fairs in conjunction with art fairs in some of the major cities. African design is a newcomer to this market, but the freshness of its voice is extremely well received. The fact that Christie’s Auction House has picked up on this and selected some of our designers to form the feature section of its annual design auction is testament to this appeal.

There can be little doubt that the work that you have done with Southern Guild has changed perceptions about the boundaries between art and design, especially in Southern Africa. With your work in this space, what have some of the ‘break-through’ moments been for you?

There are some specific pieces or series of pieces that stand out, such as the narrative work of Gregor Jenkin – especially ‘The Highveld’ exhibition we showed at Design Miami in 2011; the Kassena Town series that Dokter and Misses is developing; and Porky Hefer’s dynamic Hanging Nest environments – which will be highlighted in his solo show in our gallery, opening 19 November and leading into 2016. The expansion of David Krynauw’s Haywire Chandelier into its various incarnations has also been a highlight – from wood to copper, in a variety of sizes.

GUILD was a big break-through moment for us. Being able to host an international design fair in Cape Town, showcasing South African and African design alongside some of the most important galleries in the world, emphasised how our designers’ work is on par with the best. Southern Guild has given local designers a platform to realise their creative dreams. Before we were established, there was no one out there pushing them to go further. Now they have access to the right environment for collectible, limited edition design with the right audience and buyers. 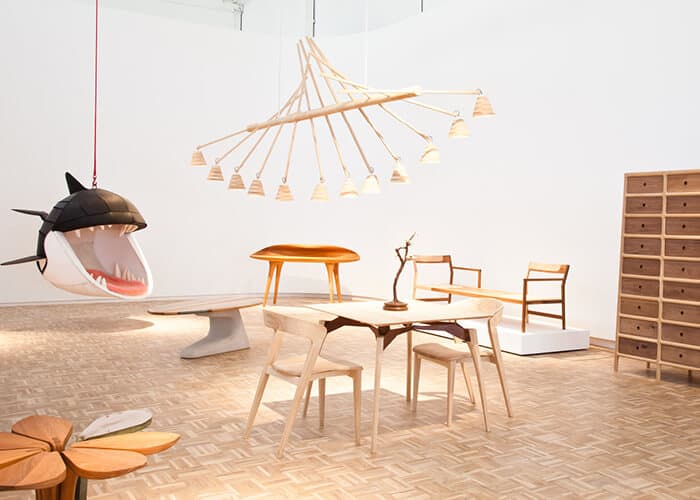 The upcoming auction at Christie’s is quite a coup. Tell us how this came about and how you were able to collaborate with one of the most important auction houses in the world?

Yes, this is a very exciting progression for our gallery. While at Design Miami/Basel in June this year, the head buyers for Christie’s visited our booth. They were obviously impressed with what we were presenting and approached us to have fourteen of our pieces by twelve of our designers, auctioned as the feature section in their annual design auction. They were particularly drawn to Seemo, a collaboration between Cape Town’s Porky Hefer and Gaborone’s Peter Mabeo, which premiered at GUILD this year. They insisted that a work of such calibre should have a home in a museum! Let’s see who gets their hands on it at the Christie’s sale this November.

In your experience is the investment in design pieces – as opposed to traditional forms of art like painting or sculpture – the same or different and how do you think these pieces will hold their value in comparison to the traditional art forms?

It’s very similar to collecting art. Without a doubt, the investment in such design pieces will hold its value if not increase over time, when guided to purchase the right work. One can still buy reasonably priced pieces from our local designers – especially the young ones just entering the market. On an international stage and with the exchange rate of the Rand, South African design is a fairly priced and achievable investment for most buyers. A good piece of design should never decrease in value, especially if it passed down and maintained through generations.

It’s an ongoing process, to educate local interior designers and architects about the worth of local design pieces. But more and more big-name brands are looking to South African design as a viable option to furnish their office/retail/hospitality spaces – showing that our design and execution is of an international standard. We expect more local decorators and architects to follow suit in the coming years. 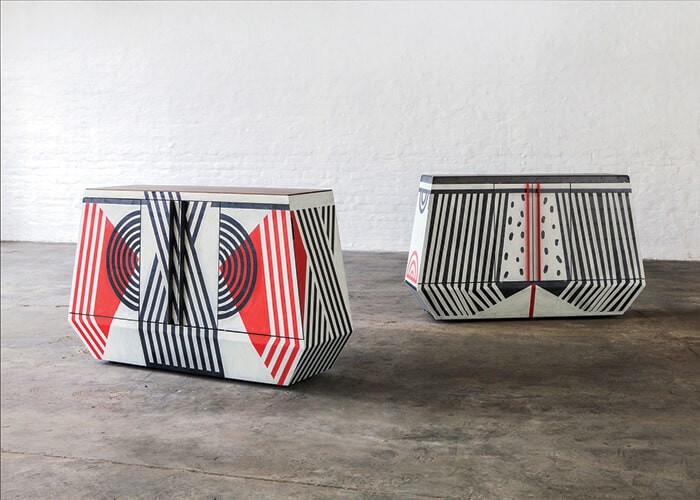 Our buyers typically have an inquisitive, adventurous spirit and a good sense of humour. At the moment, our buyers are primarily international. Many of the visitors to our gallery are buyers we have met during our international exhibitions. Next year we’ll be expanding into Johannesburg, with a permanent gallery space there. Through this, we hope to attract more of a continental African audience that uses Johannesburg as a business hub.

Can you tell us who some of your favourite African designers are and who we should be on the lookout for?

We’re always drawn to pieces that have a depth of dialogue to them. Porky Hefer’s pieces stand out for their engaging narrative. His impressive sales and visibility this year have really seen him soar. Dokter and Misses pieces have caught the eye of top global collectors and their inclusion in the Cooper Hewitt triennial next year is a real testament to their work. David Krynauw is equally attractive for collectors, and of course Gregor Jenkin remains the long-standing benchmark for South African design. Andile Dyalvane is a name we’re extremely proud of. He won the Southern Guild Design Foundation Icon Award this year and is now working on a solo show for New York’s leading gallery Friedman Benda. This important gallery will be representing Andile going forward, and he’ll join their select list of top designers. We’ve also got our eye on Xandre Kriel, who really seems to be finding his voice as a designer. On the continent, we’re constantly in awe of the work of Hamed Ouattara from Burkina Faso, Cheick Diallo from Mali and are still mourning the loss of Babacar Niang from Senegal, whose wooden chairs reverberate with personality.