in News Articles 2013
Share on facebook
Share on twitter
Share on email
Share on whatsapp
The South African art world mourns the sudden and untimely passing of two great minds and well respected professionals. In December 2015, we lost both the esteemed auctioneer Stephan Welz and acclaimed architect Jeremy Rose. Find out more about their significant contribution to the art world here. 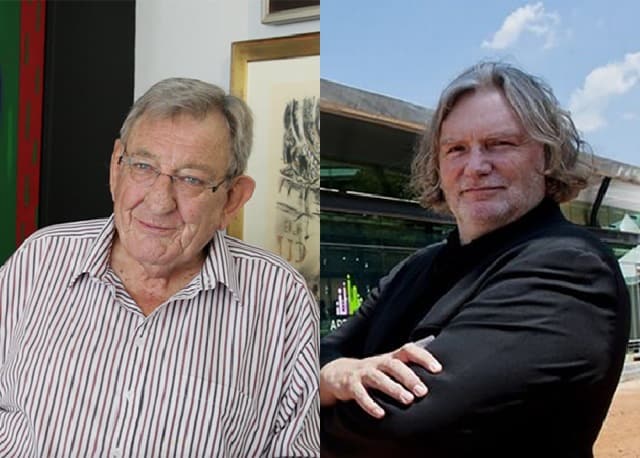 LEFT: Stephen Welz in a recent interview with ART AFRICA magazine. Photograph: Fay Jackson. RIGHT: Jeremy Rose as featured in the Sunday Times, December 2015. Image: GALLO IMAGES.
Stephan Welz worked as a fine art expert and an auctioneer for over 35 years, becoming the premier figure in his field. Welz grew up in an artistic, emigré family, surrounded by some of the biggest names in South African art who were regular house guests, including Irma Stern, Gregoire Boonzaier, Cecil Higgs and Walter Battiss.
It is in this rich, artistic environment that his passion and skill grew. After completing his commerce degree at UNISA in 1970, Welz went into the art business when he joined the auction house Sotheby Parke Bernet. In 1987 following a management buy-out, they became known as Stephan Welz & Co.
In 2006, Welz sold the successful business and retired. This decision was short lived as he returned in full form in 2008 to head up the brand new auction house, Strauss & Co. The years that followed were marked by numerous successes. In just 7 years, Strauss & Co has been established as the largest auction house in the country, with a considerable global reach as experts in the South African art market. They currently hold 9 of the 10 records for the most expensive paintings sold at auction in South Africa.
Welz passed away at home on Christmas Day, surrounded by loved ones. He had been diagnosed with cancer just a month before. He was 72.
The celebrated, innovative and eccentric architect Jeremy Rose is best known for his work in the public arts and for his fresh designs for cultural and heritage centres in South Africa. His student years were marked with significant activism against conscription into the South African Defence Force. After spending six years in exile in Botswana to avoid conscription (where he worked as an architect), Rose returned to South Africa in 1995 to establish Mashabane Rose Associates, an architecture firm founded with partner, Phill Mashabane.
Rose put his mark on some of the best known cultural sites in the country, such as the Hector Pieterson Memorial and Museum, the Apartheid Museum, Freedom Park in Pretoria, the Mandela House Visitors Centre and the Liliesleaf Liberation Centre in Rivonia. He has been praised for his understanding of the relationships between inside and outside space with regards to his designs. In 2015, Rose had the distinguished position of curating the South African Pavilion at the Venice Biennale.
Rose passed away from an inherited, genetic pulmonary fibrosis which claimed his father in 1987. He was 52.
These prominent luminaries have left massive shoes to fill in their respective industries and will be remembered for their commitment and consummate passion throughout their long and successful careers. 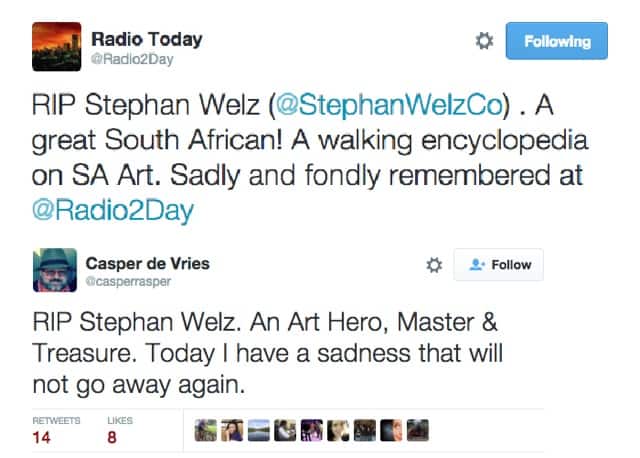 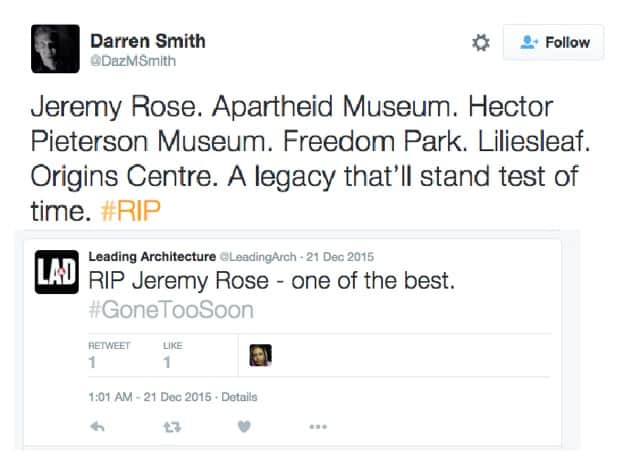