As part of AKAA UNDERGROUND – an art laboratory consisting of workshops, artist meetings, book signings and performances on the lower level of the Carreau du Temple – ART AFRICA magazine will showcase the work of the winner of the ‘BRIGHT YOUNG THINGS‘ Award & Residency Programme 2017, Laeila Adjovi, as well as new work by Jacob Tetteh-Ashong – son of the acclaimed Ghanaian fantasy coffin sculptor, Paa Joe. 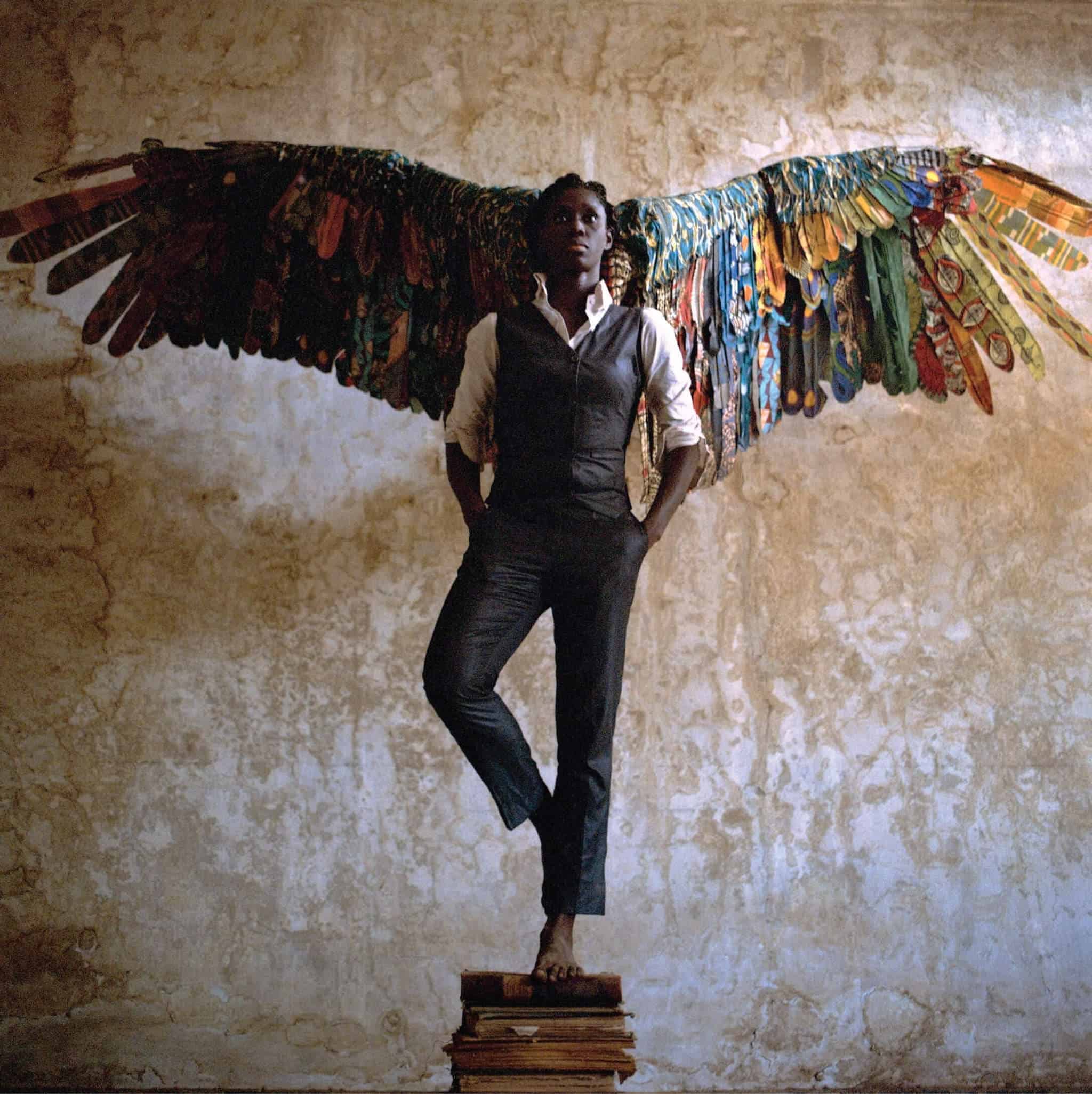 Inspired by her background in documentary photography and journalism, Laeila created Malaika Dotou Sankofa – a photo series of a female character who personifies the notion of ‘breaking free’.

Using a variety of mediums in creating the wings, and photographing in film on a medium format, Malaika Dotou Sankofa tells us that when Africa rises – and yes, it is rising – it will happen on its own terms. 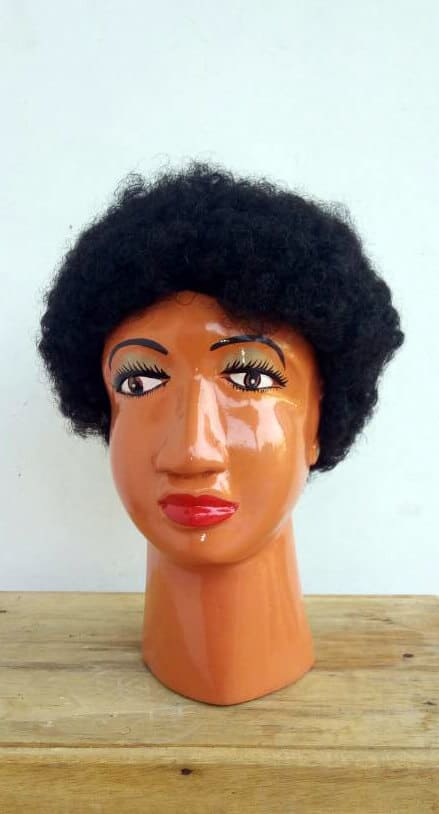 Between 2008 to 2016 he served his apprenticeship under the internationally acclaimed fantasy coffin carver Paa Joe, his father.

In 2016 he graduated from his father as a master artist, receiving blessings from his father Paa Joe. He has participated in numerous group exhibitions internationally with his first solo exhibition in Cape Town, South Africa in 2015.

He has been featured in international media including BBC, The Guardian, Independent Post.

Referencing the many hair salons which market and sell wigs and braids across the African continent and abroad, Jacob Tetteh-Ashong recreates a storefront advertising these services.

Hair and beauty products are a multi-trillion dollar industry and its’ number one clients are women of colour and women of African descent across the African continent and abroad.

Tetteh-Ashong questions why these women feel compelled to adorn themselves in this manner, instead of embracing their natural beauty and aesthetic? 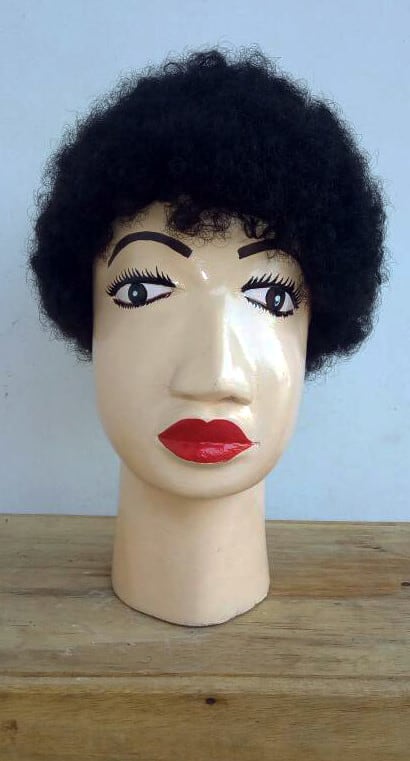