‘The female body is a site of political contention’

Galerist, a Turkish contemporary art gallery, will be presenting the work of Elif Uras and several other artists at this year’s 12th edition of Art Dubai. ART AFRICA spoke to Elif Uras who explores the status of women in the East-West paradigm in her latest series. Through her contemporary ceramic sculptures and tile work, Uras considers the visual representation of the female body as a site of political contention. 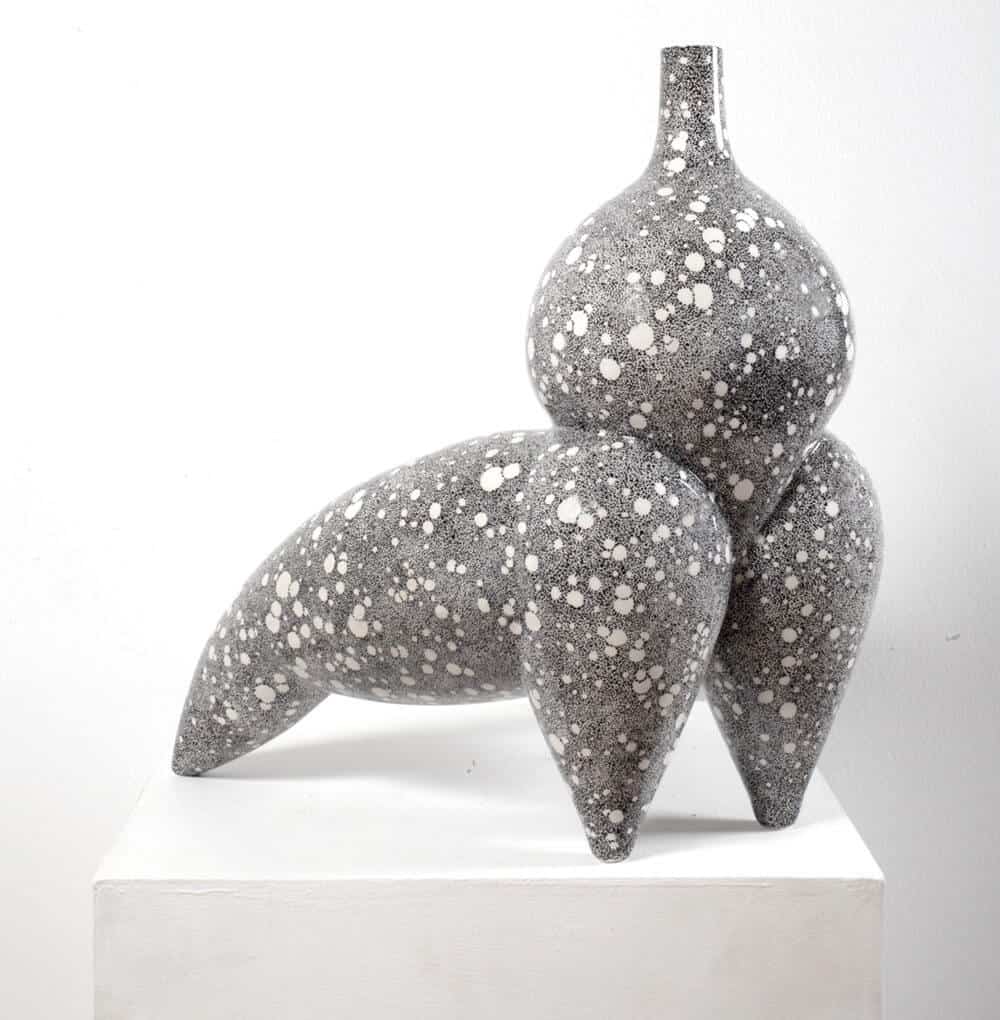 ART AFRICA: Having been born in Turkey and now living between New York and Istanbul, must bring with it a unique and insightful experience. How does your narrative as a woman commuting between the ‘East’ and the ‘West’ translate into your work? What comment are you making on the image of woman in a rapidly evolving, globalised, neoliberal world?

Elif Uras: Western capitalism identifies women on the basis of their sexuality and as consumers, while in the East they are identified in terms of their reproductive power as well as consumers, so they are not so different after all. I am interested in female agency as observed in contemporary society through reproductive, domestic and wage labour. In Turkey, there has recently been a lot of political speech attempting to place limits on the female body regarding the minimum number of children a woman should aspire to have and how they should behave. Thereby restricting their movement in the public sphere and defining them solely as mothers.

The modern reality of women demanding equal rights and pursuing careers outside the home often clashes with the traditional values of Eastern cultures, such as Turkey, and the female body becomes a site of political contention. 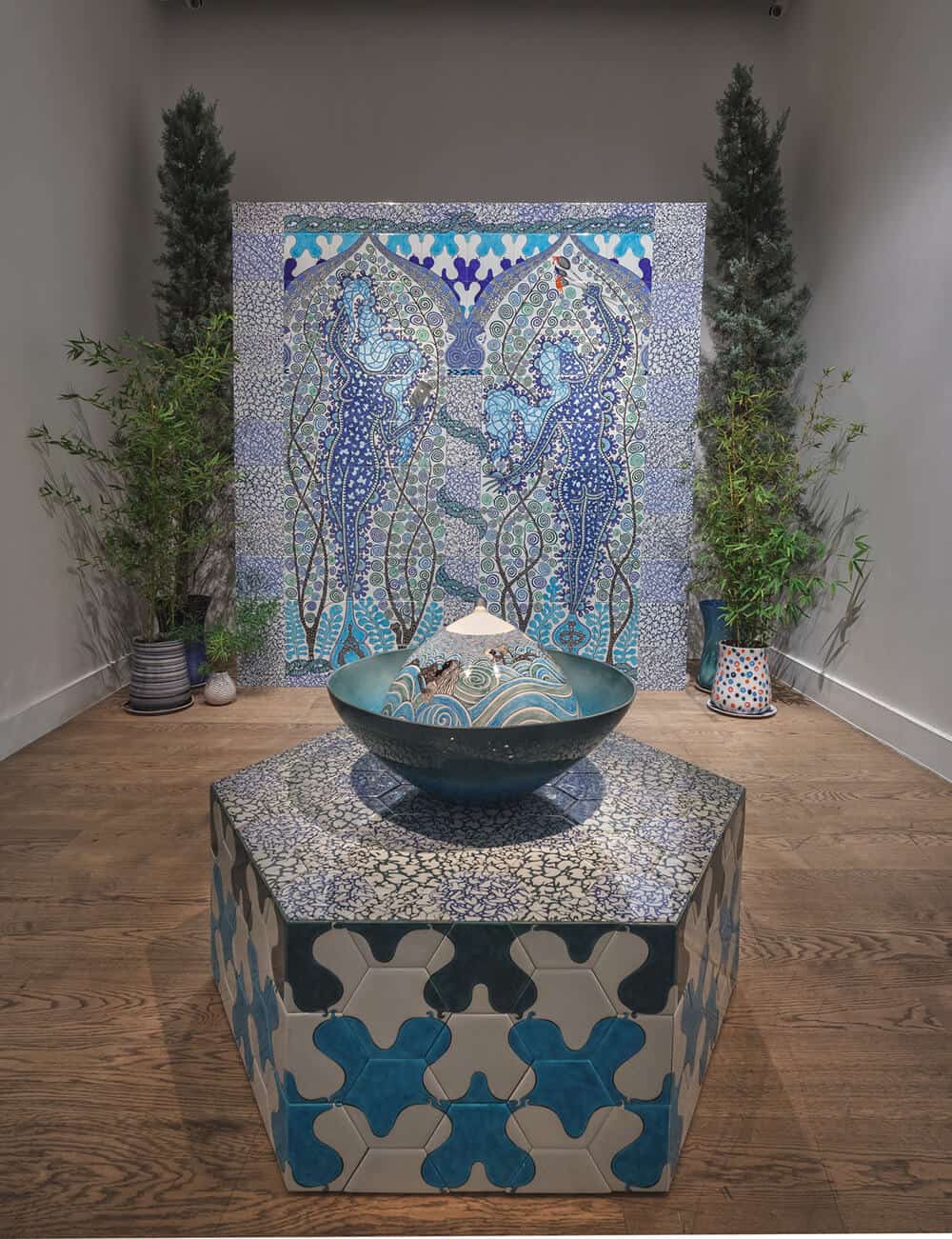 You worked at the Iznik Foundation in Nicaea, where majority of the distinguished tiles and ceramics of the Ottoman Empire were produced centuries ago – where you created your installation piece, Summer/Winter & Lake Nicaea. Could you expand on this experience and how working so close to some of Turkey’s bygone craftsman may have influenced your work?

In the sixteenth century, male artists and artisans produced tiles and ceramics for male gendered spaces like mosques and baths where women were not allowed to enter. In contemporary Iznik, women dominate the ceramics industry as entrepreneurs and artists. I wanted to emphasise this gender reversal and locate the female body in a tradition where it has been absent for centuries.  I also wanted to see if I could make this tradition into something contemporary and personal. The imagery was abstract, derived from nature and Islamic geometry. By hybridising patterns and motifs associated with the East and the West, the imagery and objects I make, attempt to reconsider what we call eastern or western, modern or traditional. 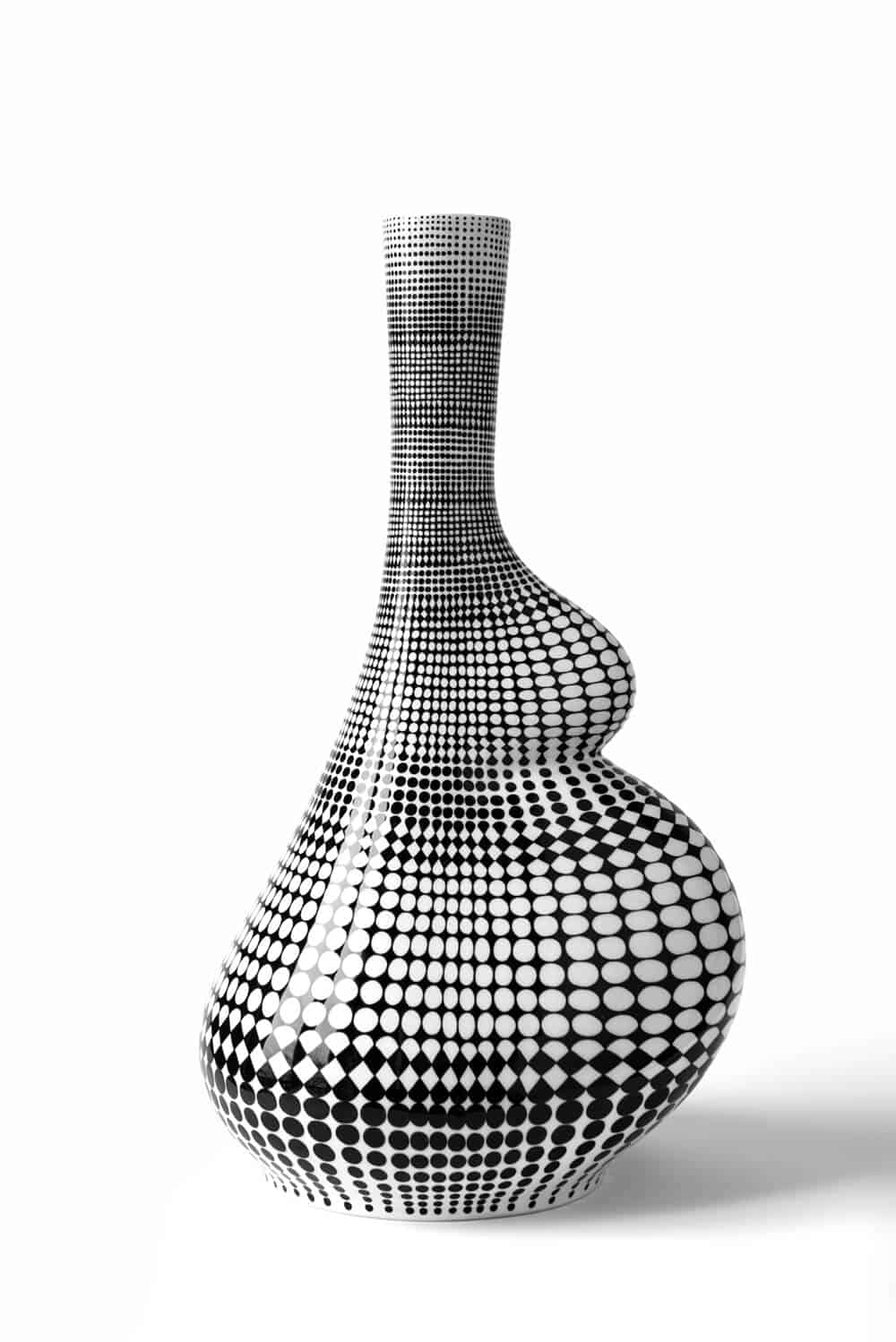 Your anthropomorphised vases, Origin of the world and Pregnant half tone, are obvious celebrations of the female form. In your collection you examine the nature of a woman as an ideal image of the current political economy of Turkey. Could you expand on this and what you are communicating through these sculptures?

Anatolia is the cradle of prehistoric earth goddess figurines and my sculptures originate from this reference. By using the female form I want to create this arc and suggest a continuity that has been ruptured through time (for many reasons, religious and cultural), or one that doesn’t exist for many in contemporary Turkish society. 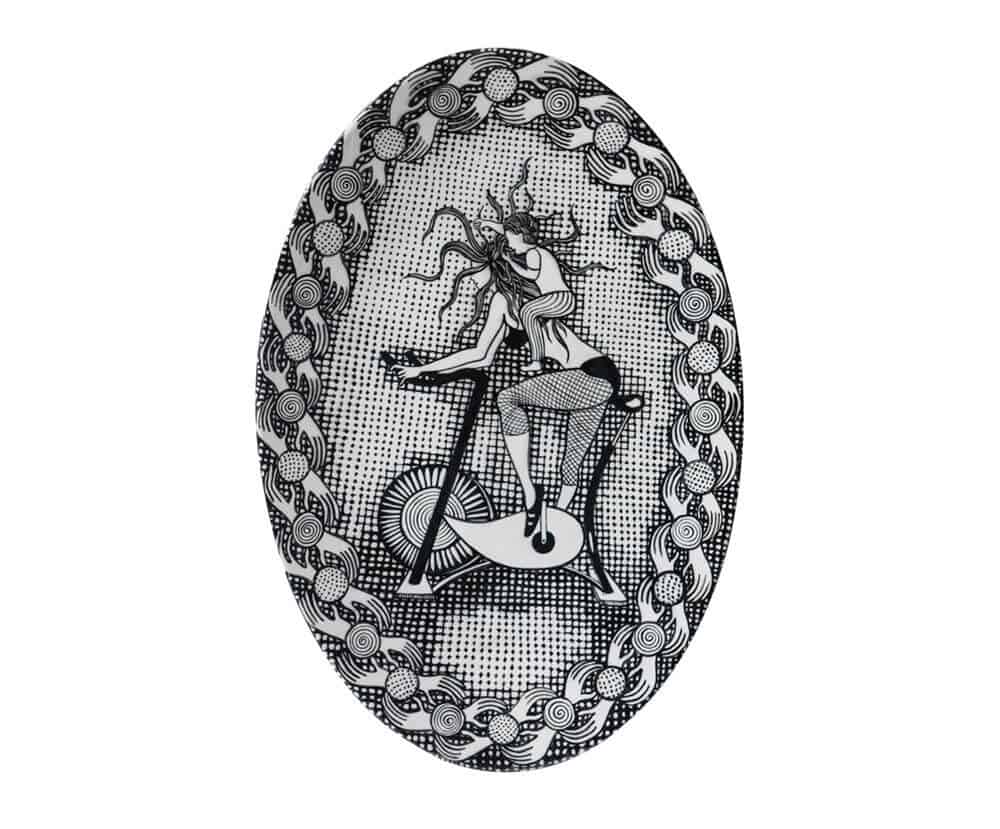 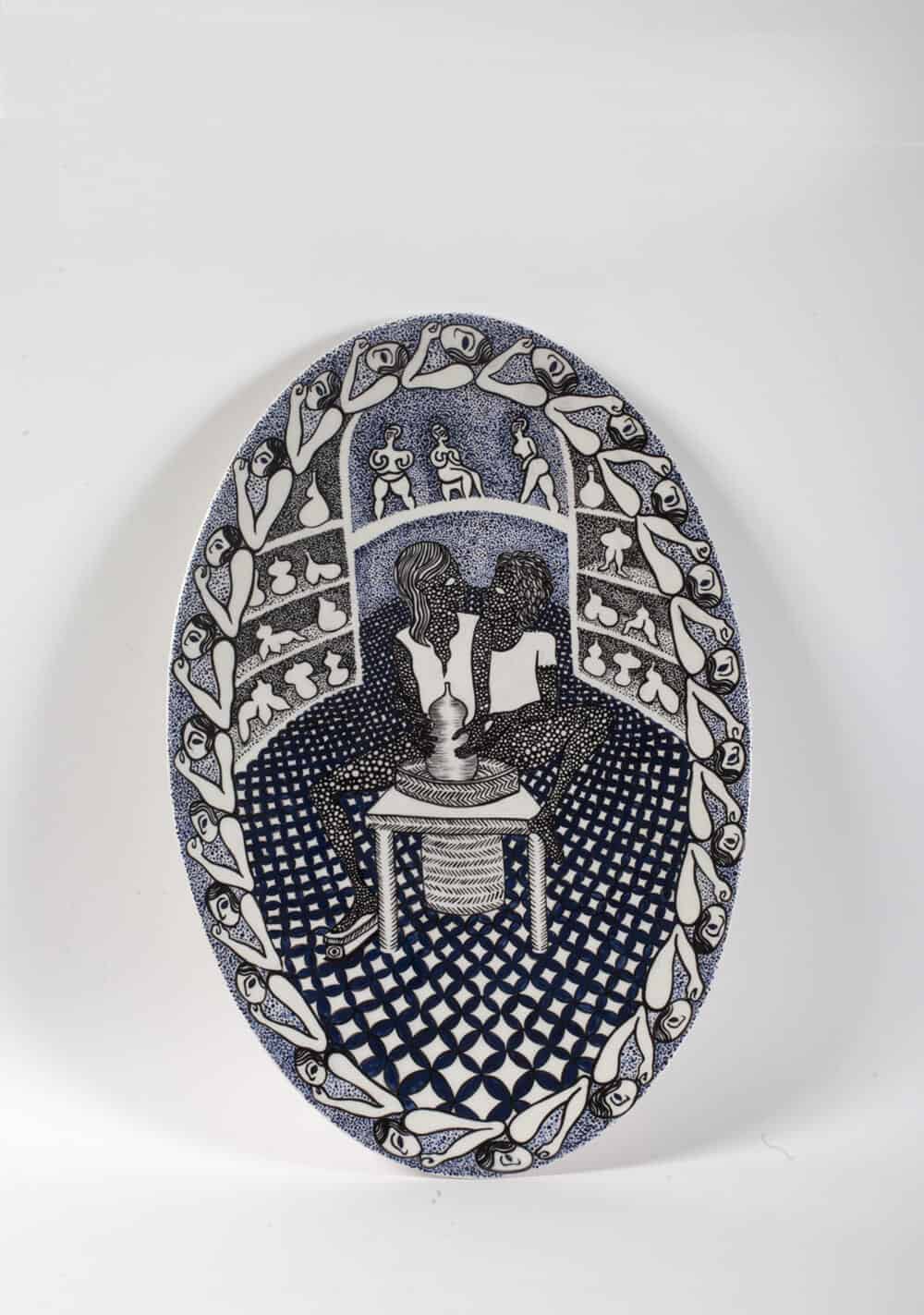