in News Articles 2013
Share on facebook
Share on twitter
Share on email
Share on whatsapp
Forum Forum contributors Raja’a Khalid, Sarah Abu Abdallah and Hind Mezaina have been commissioned to create VIDEO POSTCARDS shown during the Global Art Forum talks’ intermission. They will also be on display in the Forum Forum, the Global Art Forum’s media repository in the Fair. We take a closer look at Raja’s commission ‘1951-1964 The Big Picture’: 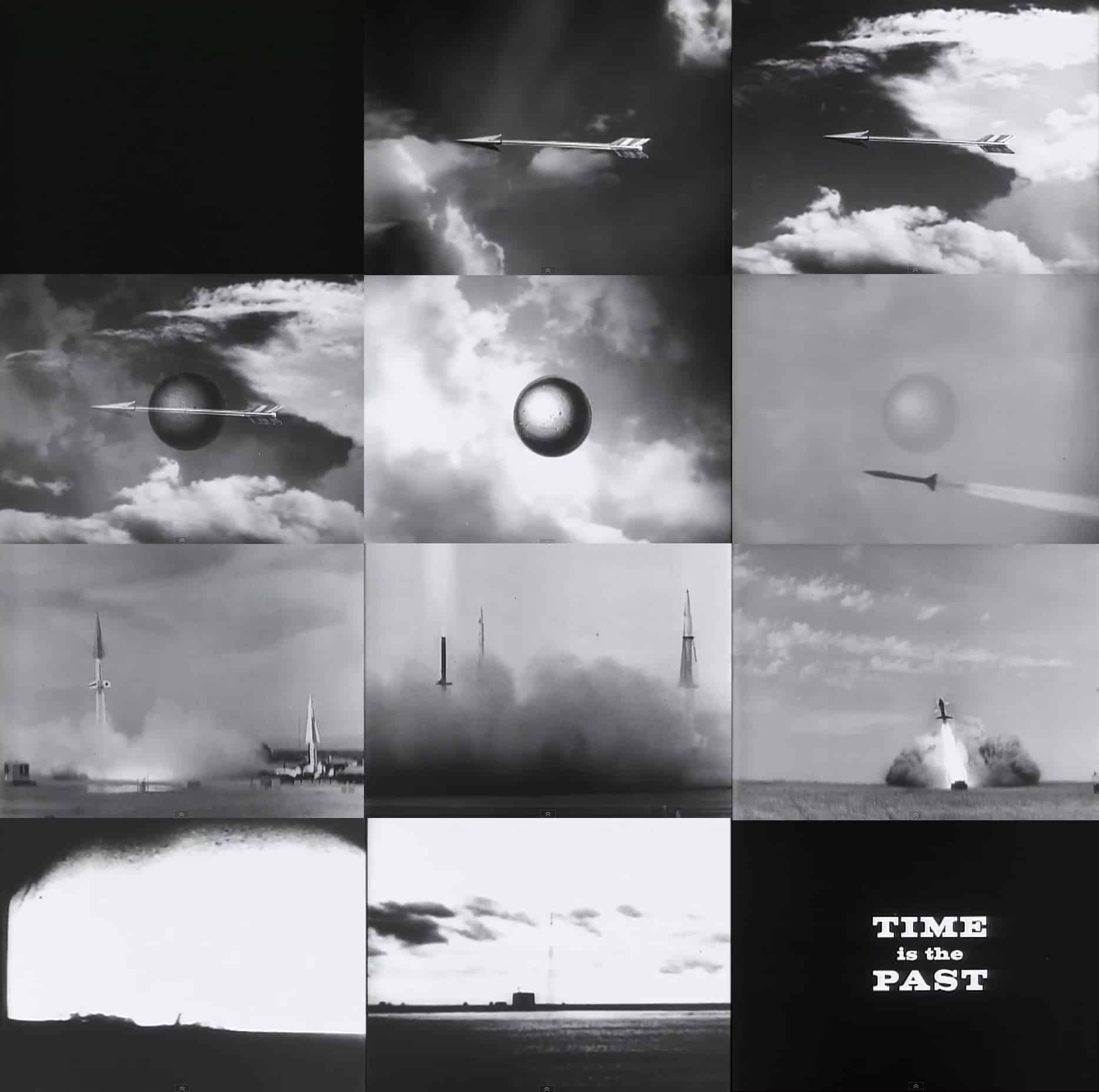 image: Time, Storyboard, 30 second film with sound
From 1951 to 1964, the United States Army produced a well-funded anti-Communism propaganda series for American television audiences titled ‘The Big Picture’. During this first run, at the peak of the Cold War, The Big Picture provided exactly what was expected, an unabashedly one-sided and now laughably transparent account of the economic tussle between the ‘Red states’ and the ‘free world.’
Seen today however, polemics and dogmas aside, ‘The Big Picture’ reveals a hidden depot of images that confront the viewer with formidable questions about the complex, integrally flawed nature of any historical discipline. Plucked from their prescribed televisual space and time, these narratives-within-narratives invite questions on a number of different abstract constructions with a rare and obviously unintended profundity.
Text and image courtesy of Art Dubai
To read more on Raja’s Khalid’s project, go to: