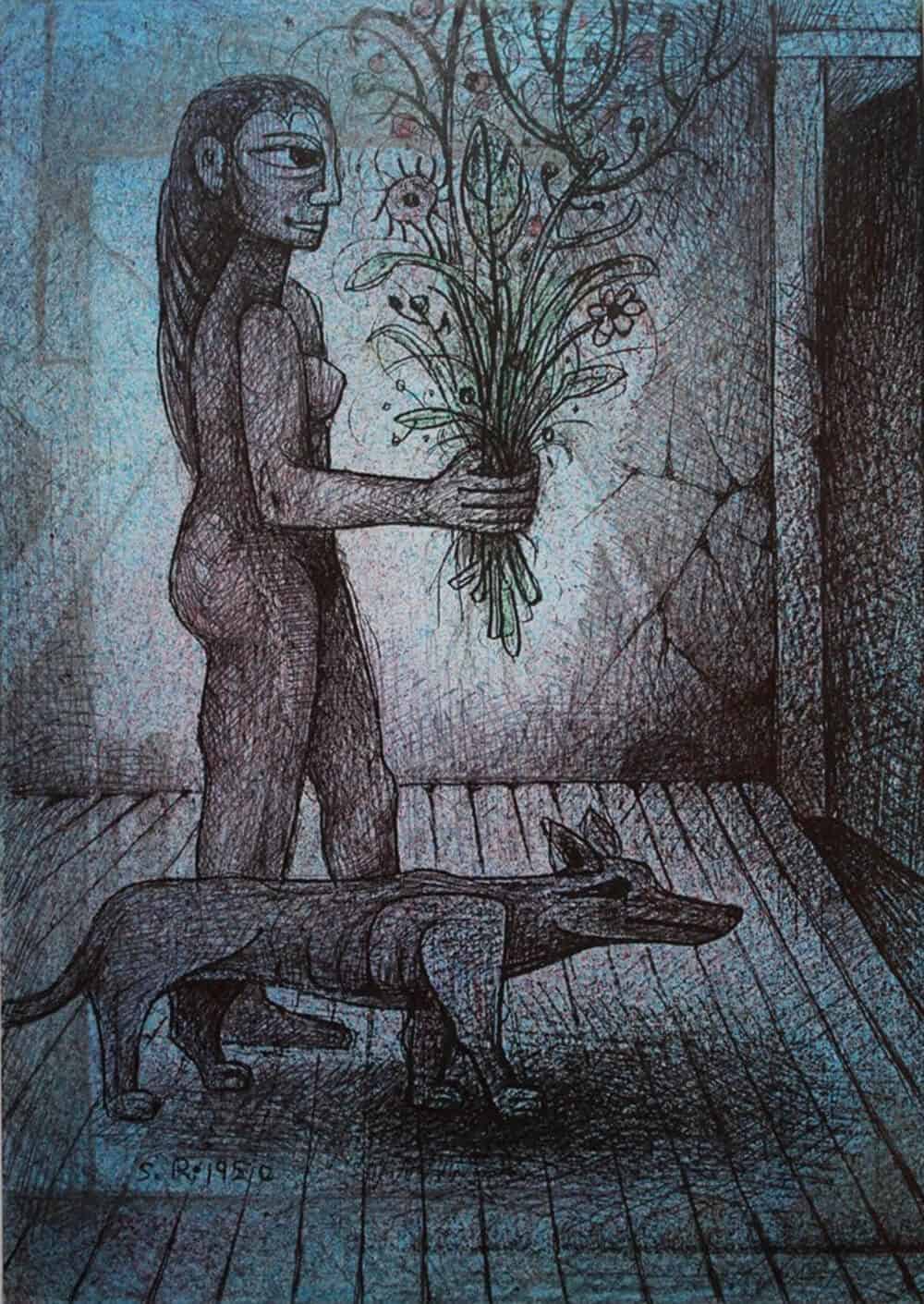 Founded in 2014 by Ahmed Eldabaa, UBUNTU Art Gallery gets its name from the Swahili word ubuntu, which translates as ‘I am because we all are’. ART AFRICA spoke to Eldabaa on UBUNTU’s participation in Art Dubai 2018 where they are showing the work of the late Samir Rafi.

ART AFRICA: UBUNTU Art Gallery was founded in 2014 by Ahmed Eldabaa as a separate entity to his family’s antique business. How has this influenced the direction of the gallery, if at all?

The experience in the antique business had an impact in searching for artists with original manifestations – different in concepts, and genuine in their ideas. The search for unique antique pieces was also the starting point to find artists with independent identities. 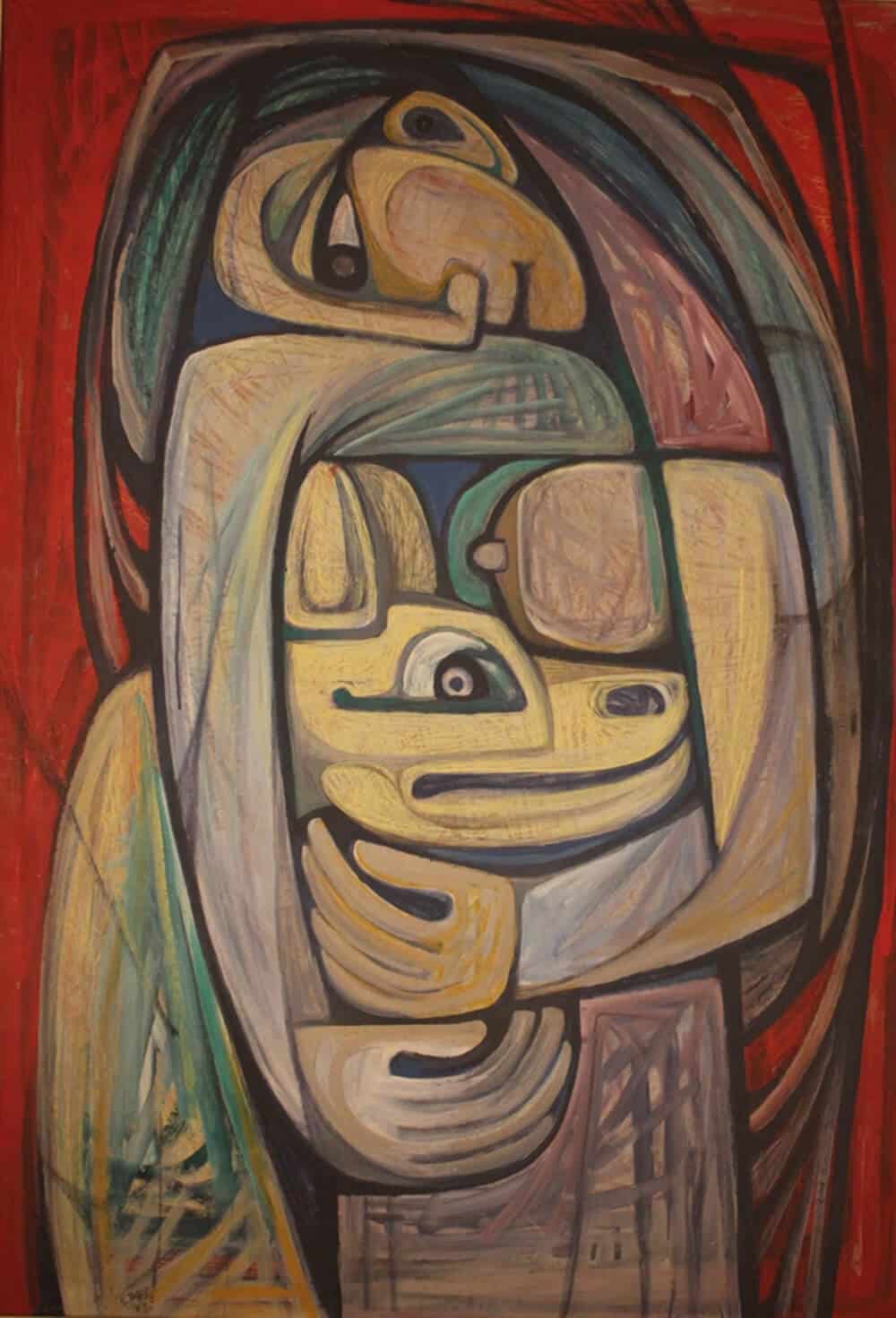 The gallery’s name derives from the Swahili word ubuntu which translates as ‘I am because we all are’, and connotes a holistic concept of being. What drove this decision, and can you tell us a bit more about how the notion of ubuntu relates to Egyptian society?

Ubuntu as a holistic concept of being is strongly related to art. They are both about sharing ideas and transmitting refined feelings to fellow human beings. Art is about giving and taking experience and at the end of the day, the art of living is ubuntu. Egyptian society is connected to the Nile river, they had been living at its borders, the river gave them life and they have given life to land on which they survived. The Egyptians were taught how to adjust with nature and how to cooperate to build a great civilisation.

UBUNTU is exhibiting the work of the late Samir Rafi at Art Dubai 2018. Rafi’s artistic persona had an intensely Egyptian quality that addressed the marginalised elements of society at the time. Tell us a bit more about the decision to exhibit Rafi at Art Dubai 2018, and – briefly – the significance of his work during his lifetime.

Rafi was marginalised from Egyptian society by choosing to live in solitude in Paris from the late 1950s – leading him to be removed from the Egyptian artistic scene.

However, Rafi is well-known in the academic world, and his works increasingly became recognised due to their frequent appearances in auctions. Works that featured in the auctions were mainly oil on board or canvas.

UBUNTU has decided to display several aspects of Rafi’s works at Art Dubai 2018 – ranging between sketches, oil on canvas or board, acrylic on paper, charcoal and even felt tip pens on plastic. These works span between the early 1940s till the 1990s.

Dubai is an international platform that I hope would offer a very bright re-introduction to this late artist. 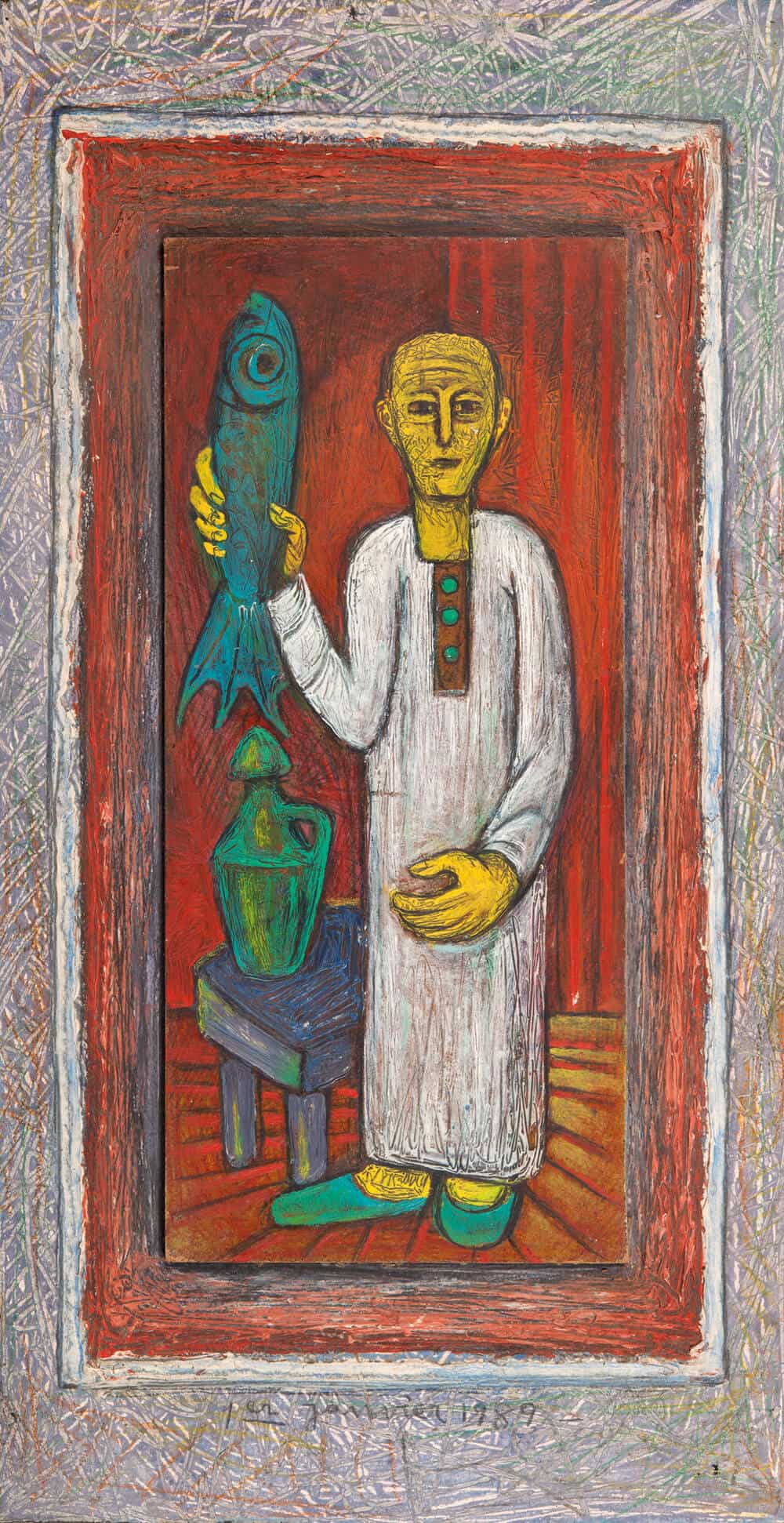 Rafi featured animals that were represented in canine forms, especially dogs or wolves. These animals appear strongly in this shape after his experience in Algeria. He was in prison and endured sickness and mistreatment from the French. When released, he never overcame the traces of illness and the memories of this period. These animals were popping in his head and spirit most of the time.

Throughout all of Rafi’s artistic stages, he showed a mastery in line and space, and included elements of geometric abstraction in dark or muted colours – taking on a distinctly melancholic form. Would you say that Rafi’s time spent in Sorbonne had an impact on his style of painting, setting him apart from his Egyptian contemporaries, or did he develop this approach to painting earlier on?

We can say that Rafi had a multidimensional life. His relation to the surrealist movement in Egypt in the early 30s conveyed a sense of alienation in his works, shortly before he left for Paris. Yet there remained a melancholic form in the paintings he created in Sorbonne, and the unsettling experience of being an expat features more prominently than the academic artistic traits of Sorbonne. He did, however, frequent great artists such as Picasso, and was influenced by the stylistic elements within their art.

Rafi imprisoned himself in imaginary cages and was fighting his own paradoxes and fears, and this is certainly evident in his works.

He stands out from his contemporaries to be one of the greatest artists emerging from Egypt – founding the Contemporary Art Group, and weaving the art fabric of Egypt during the early 1950s. 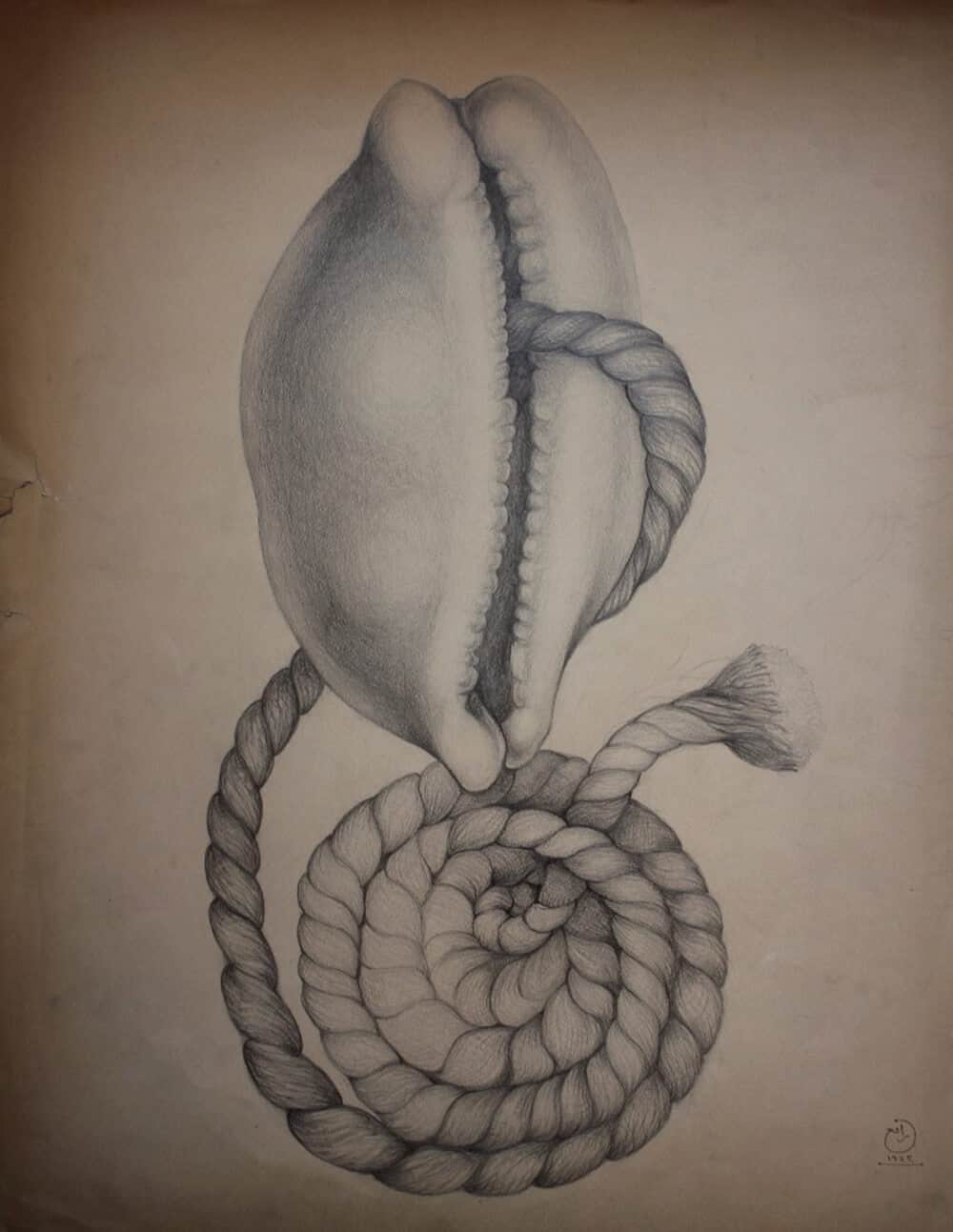