Daniel Selibe, better known as Stompie, has become an influential artist on the South African local scene, bringing to the fore a deep understanding and knowledge of the human condition. In his latest body of work to be exhibited at the Turbine Art Fair in July with Candice Berman Gallery, he finds inspiration in the merging of recycled materials and musical sounds.

“Being surrounded by music and art frees the imagination. This process will enable the audience to hear and view something they have never heard and visualised before, something soothing to the soul that grows from seeing the art works surrounded by the rhythms of recycled sounds,” he says. 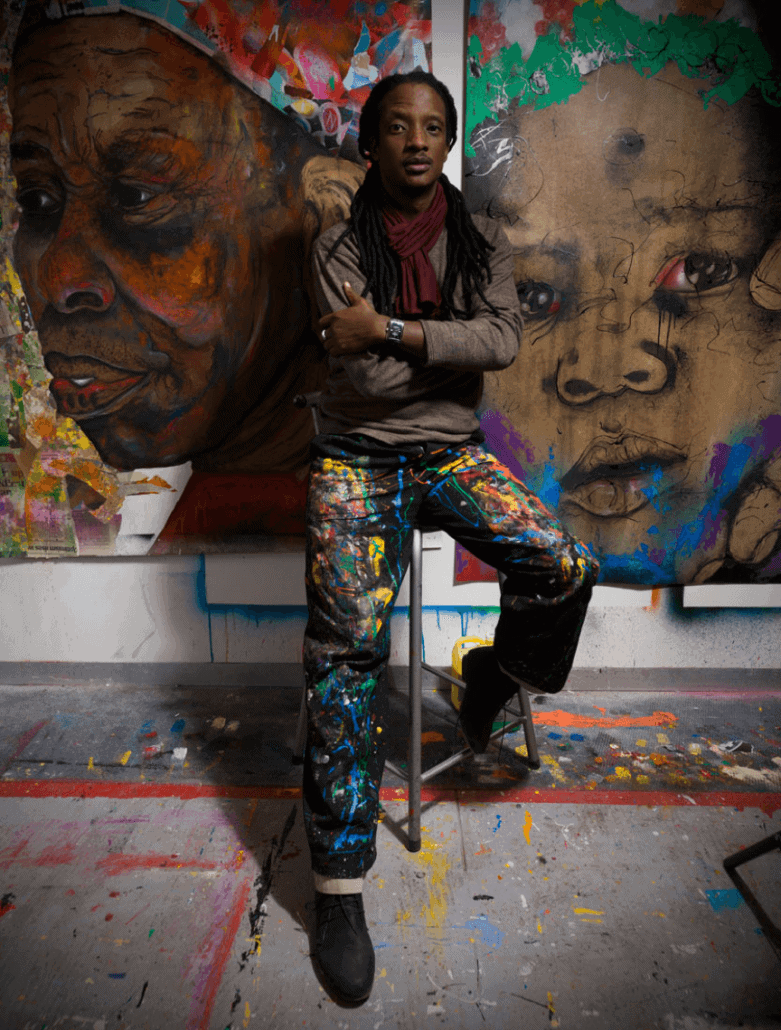 He describes his work as a deconstruction and reconstruction of musical sounds. This method produces an impulsive, fearless thrill which comes from confronting the unknown. Music as a language has developed into a pertinent theme within his work and has progressed into an integral part of his “musical being”.

“My art is an act of the soul not the intellect. When we are dealing with sounds and visions we are in the midst of the sacred self. We are involved with forces and energies larger than our own. We are engaged in a sacred transaction of which we know only a little, the shadow not the shape. We invoke the great creator when we invoke our own creativity and those creative forces have the power to alter lives, fulfil destinies and answer our dreams in our human lives,” he says.

The philosophy underlying Stompie’s practice is an exploration of the interplay between the external world and a person’s experience. He likens the relationship between these forces to a flowing river, a zig-zag between who we are individually and the way in which our external environments shape us.

“The world is as the shoreline – shaping much of our experience, and each of us is like the river, full of our unique energy, feelings, desires, secrets, pains, and actions. We can determine much of what we do, but we are also shaped by the shoreline, we interact with it, the river and the shore line interact as in a dance.  Overtime, we shape and re-shape each other by our actions,” he says.

Born in Soweto in 1974, Stompie has dedicated much of his creative career to positively influence communities – using art as a medium to grow, heal and understand. He has facilitated many workshops that offer the tools to enable people to express and explore who they are and to collaborate within a group. 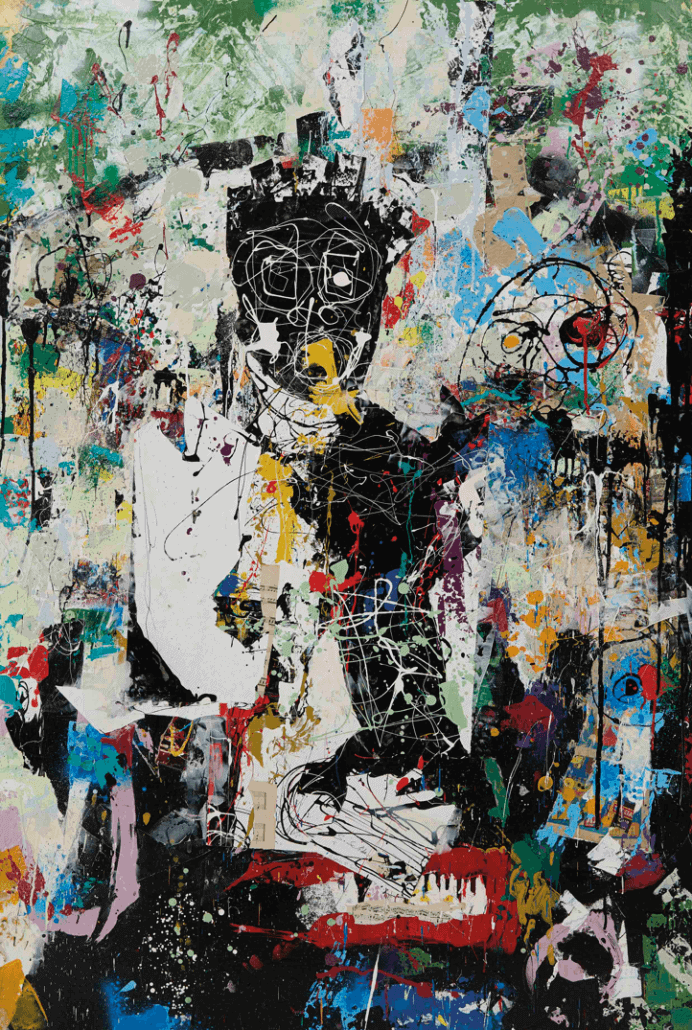 “Many people describe it as an experience of being with their ancestors. I am inspired by this, by group creativity, by being in the presence of our ancestors, by people sharing their truth, by people letting themselves feel the pain and joy of others, by giving solace and comfort to each other, by sharing our humanity and experiencing all that we can be to each other,” he says.

His main focus lies in the practice of creating democratic participatory spaces by engaging with the youth. Stompie firmly believes that building a democratic country is a daily practise that involves not only the developing of skills but the ability to listen and understand, especially when confronting uncomfortable dialogue. He believes this process is never finished, just like the creating of art and music.