Following the success of Artes Mundi 7, awarded to John Akomfrah earlier this year, Artes Mundi is pleased to announce the shortlist for the eighth edition of the UK’s leading biennial art prize, Artes Mundi 8. The biennial Cardiff-based prize, worth £40,000, will be awarded in January 2019 following a fourth-month exhibition.

The shortlist was selected from over 450 nominations spanning 86 countries and includes five of the world’s most celebrated contemporary artists, whose works explore what it means to be human. They are:

The Artes Mundi 8 shortlist will take part in a major exhibition which will run from 27th October 2018 to February 24th 2019 at National Museum Cardiff. 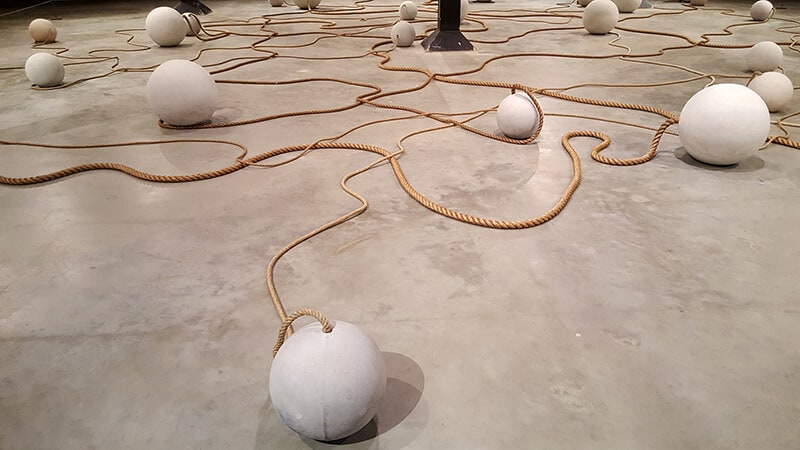 Anna Boghiguian’s work was first shown in Catherine David’s Contemporary Arab Representations, beginning in 2003 in Rotterdam. Attracting much attention and acclaim, her drawings also stirred political debate and controversy, especially in her native Egypt. Bouchra Khalili’s recent video work “The Mapping Journey Project” has been exhibited internationally including a solo exhibition at MoMA, New York in 2016. Each of her projects can be seen as a platform offered to members of political minority to elaborate, narrate, and share strategies and discourses of resistance. Otobong Nkanga‘s work “In Wetin You Go Do?” is part of the permanent collection at Tate Modern. Her work explores the social and topographical changes of her environment, observes their inherent complexities and understands how resources such as soil and earth, and their potential values, are subject to regional and cultural analysis. Trevor Paglen launched an artwork into distant orbit around Earth in collaboration with Creative Time and MIT in 2012. Paglan’s ongoing project investigates global state surveillance and the ethics of drone warfare. Apichatpong Weerasethakul’s video installations and feature films have won him widespread recognition and numerous festival prizes, including two prizes from the Cannes Film Festival. Themes reflected in his films include dreams, nature, sexuality, and Western perceptions of Thailand and Asia. Please see full biographies overleaf.

Karen MacKinnon, Artes Mundi’s Director and Curator, said   “Artes Mundi’s unique focus on the human condition enables us to bring together artists from all over the world whose art can inspire and challenge the way we see and inhabit our world. Through their diverse practices they consider urgent themes, such as political minorities and strategies of resistance in the work of Bouchra Khalili, Trevor Paglen’s  investigations of mass surveillance and data collection, explorations of  landscape, nature, language and  displacement run through the work of Otobong Nkanga. The deeply personal and political studies of everyday life are captured in the work of Anna Boghiguian and the psychologically charged and dreamlike works of Apichatpong Weerasethakul whose films, explore sexuality, the unconscious and the natural world. The ebb and flow of their ideas, the different perspectives and terms of engagement, suggest we are in for an extraordinary Artes Mundi 8. “

Artes Mundi 8 selectors, Nick Aikens, a curator at the Van Abbemuseum, Eindhoven; Daniela Pérez, an independent curator based in Mexico City; and Alia Swastika, a Jakarta-based curator and writer, looked for artists who directly engage with everyday life through their practice and explore contemporary social issues across the globe.

Selector Nick Aikens said “Artistic practice, at its most compelling and enriching, allows us to see the world and our place within it from new perspectives. Each of the five shortlisted artists has consistently done this by pushing the varied media within which they work. I’m delighted we could put together a set of practices from very different contexts but one that shows the myriad, sophisticated ways artists are articulating and responding to some of the most pressing questions of our time.”

ABOUT THE SHORTLISTED ARTISTS

Anna Boghiguian was born in 1946, an Armenian in Cairo, yet never adopted the city as her only home, continuing to have a conflicting relationship with the city today. Living a nomadic life, the artist has constantly moved from city to city across the globe, from Egypt to Canada and India to France. Her work offers a unique third person yet omniscient view of modern urban communities. Anna Boghiguian’s works are dense compositions. In them are often text, images, collected photographs and other documentary material closely interwoven. The intense colours and her spontaneous and expressive drawings are reminiscent of diary entries. They seem to visualize and record momentary experience and perception in its various facets. 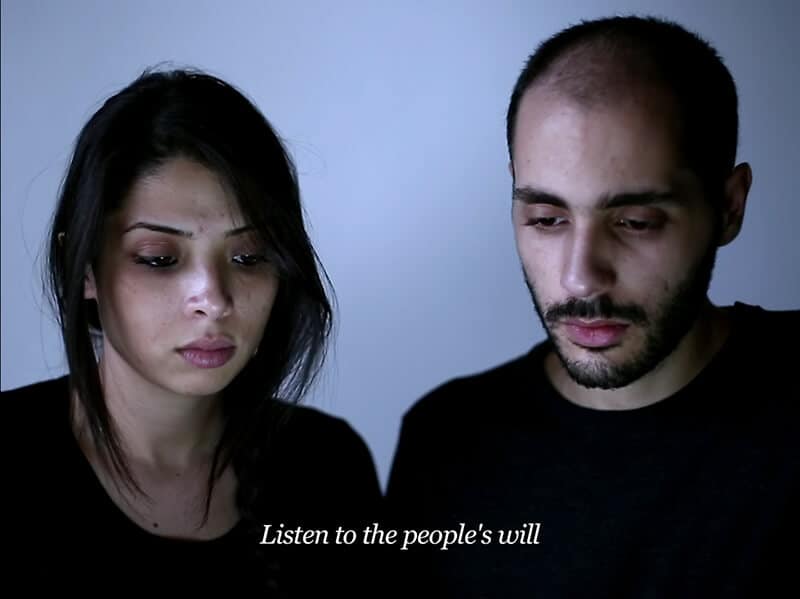 Bouchra Khalili is a Moroccan-French artist. Born in Casablanca, she later studied Film at Sorbonne Nouvelle and Visual Arts at the École Nationale Supérieure d’Arts de Paris-Cergy. She lives and works in Berlin and Oslo. Working with film, video, installation, photography, and prints, Khaliliʼs practice articulates language, subjectivity, orality, and geographical explorations. Each of her projects investigates strategies and discourses of resistance as elaborated, developed, and narrated by individuals, often members of political minorities. Khaliliʼs work has been internationally exhibited such as at documenta 14 (2017); “The Mapping Journey Project”, solo exhibition, MoMa, Museum of Modern Art, New York (2016); “Foreign Office”, solo show at Palais de Tokyo, Paris (2015). 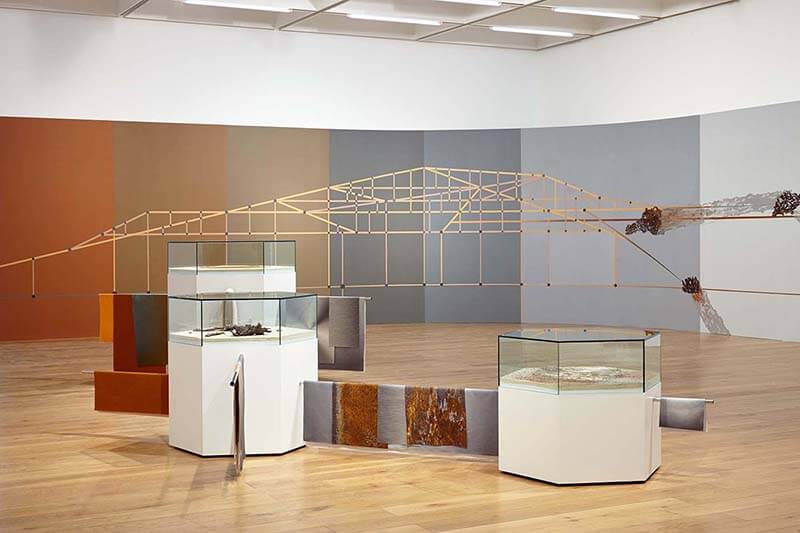 Otobong Nkanga, The Encounter that Took a Part of Me, 2016, Exhibition View at Nottingham Contemporary, UK. Courtesy of artist and Artes Mundi 8.

Otobong Nkanga is a visual artist who began her art studies at the Obafemi Awolowo University in Ile-Ife, Nigeria and continued at the École Superieure des Beaux-Arts in Paris, France. Otobong Nkanga’s drawings, installations, photographs and sculptures variously examine ideas around land and the value connected to natural resources. Her works, activities and performance permeate all kinds of media and motivate photography, drawing, painting, sculpture, installation and video, though all the different works are thematically connected through architecture and landscape. As a human trace that testifies of ways of living and environmental issues, architecture and landscape act as a sounding board for narration and for ‘the performative’. 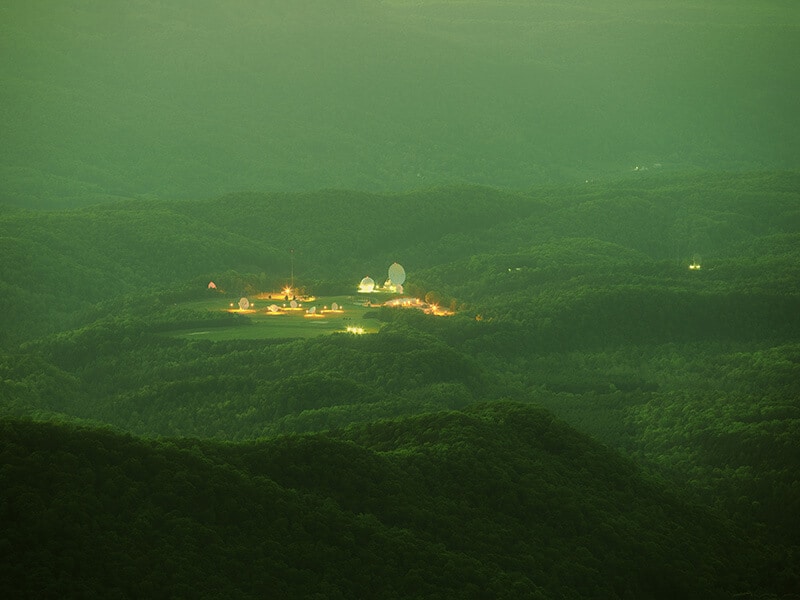 Trevor Paglen is an artist whose work spans image – making, sculpture, investigative journalism, writing, engineering, and numerous other disciplines. Among his chief concerns are learning how to see the historical moment we live in and developing the means to imagine alternative futures. Paglen has had solo exhibitions at Vienna Secession, Eli & Edythe Broad Art Museum, Van Abbe Museum, Frankfurter Kunstverein, and Protocinema Istanbul, and participated in group exhibitions at the Metropolitan Museum of Art, the San Francisco Museum of Modern Art, the Tate Modern, and numerous other venues. He is the author of five books and numerous articles on subjects including experimental geography, state secrecy, military symbology, photography, and visuality.

Apichatpong Weerasethakul was born in Bangkok and grew up in Khon Kaen in north-eastern Thailand. He began making film and video shorts in 1994, and completed his first feature in 2000. He has also mounted exhibitions and installations in many countries since 1998. Often non-linear, with a strong sense of dislocation, his works deal with memory, subtly addressed personal politics and social issues. Working independently of the Thai commercial film industry, he is active in promoting experimental and independent film-making through his company Kick the Machine. His art projects and feature films have won him widespread recognition and numerous festival prizes, including two prizes from the Cannes Film Festival. In 2005 he was presented with one of Thailand’s most prestigious awards, Silpatorn, by the Thai Ministry of Culture.

Artes Mundi is an international arts organisation based in Cardiff, UK. Established in 2002, Artes Mundi is committed to supporting ground breaking, international, contemporary, visual artists whose work engages with social reality and lived experience. The Artes Mundi Exhibition and prize takes place biennially, running a sustained programme of outreach and learning projects alongside the public exhibition and prize giving. In 2017 the Artes Mundi 7 Prize was awarded to John Akomfrah. Previous winners are; Theaster Gates (2015), Teresa Margolles (2013), Yael Bartana (2010), N S Harsha (2008), Eija-Liisa Ahtila (2006), and Xu Bing (2004). Artes Mundi is publicly funded by the Arts Council of Wales and by Cardiff City Council. Other funders include The Colwinston Charitable Trust, The Myristica Trust and the Waterloo Foundation.