To what extent do copyright holders have control over their copyrighted work?

Three recent disputes in the USA raise the question of the extent of artists’ control over the use of their copyrighted work by third parties. American copyright law generally grants copyright owners this right, however there are exceptions. The ‘fair use’ clause permits certain uses without permission from or notice to the copyright holder for uses including, but not limited to, criticism, commentary, teaching, or research.

Artist Lina Iris Viktor has filed a copyright infringement complaint for the replication of her gold patterned painting series Constellations in rapper Kendrick Lamar and singer SZA’s All the Stars music video. The song features in the Black Panther soundtrack, the first Marvel film featuring a black superhero. Viktor reports that the Black PantherPR team contacted her twice about using her artworks; both times Viktor refused permission. Her complaint is founded on the infringement as a disregard of her “livelihood, [and] her legacy…”. She further argues that the film, similarly to her paintings, celebrates themes of black and female empowerment, yet the lawsuit defendants are supporting the theft of a black African woman’s work and legacy. 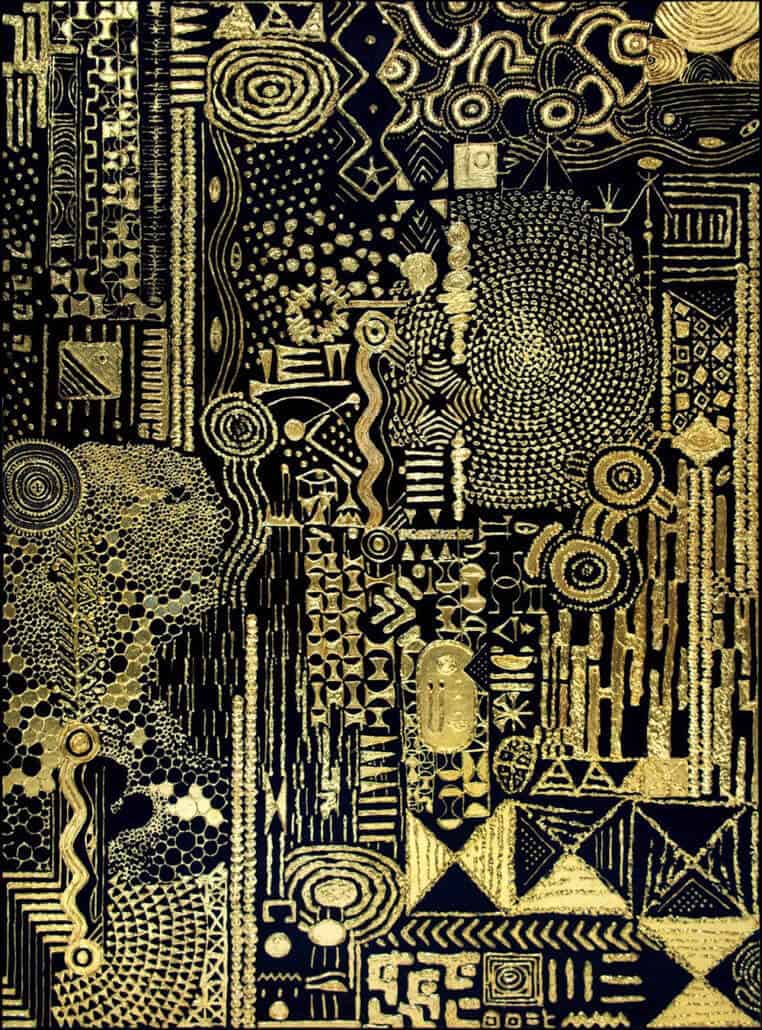 More controversial is the backlash from acclaimed sculptor, Anish Kapoor, for the appearance of his public sculpture Cloud Gatein a video by the National Rifle Association (NRA) rallying support for resistance to the “violence of lies’ allegedly purveyed by American liberalists. The sculpture appears for a mere second, or less, as a component of an architectural landscape composed of Chicago skyscrapers, scurrying pedestrians and the Cloud Gate sculpture. Kapoor repudiates the NRA’s political ideologies; hence his fury at the NRA video’s feature the sculpture. However, under US Copyright law, the ‘fair use’ clause does not enable copyright holders to withhold use of their copyrighted work by third parties on the basis of political friction.

Additionally, Tesla CEO Elon Musk denied artist Tom Edwards compensation for use of his unicorn drawing in marketing a new sketchpad feature of Tesla touch-screens. The unicorn appeared initially on mugs created for sale by Edwards. Musk flaunted his admiration for the drawing on Twitter with the tweet “maybe my favourite mug ever.”, from which Edwards benefited with a boost in mug sales. Edwards’ legal team later advised him that Tesla’s use of the unicorn for marketing purposes is a copyright infringement. The artist sought to maintain amicable relations, and requested only monetary compensation instead of filing a lawsuit. Musk responded that Tesla did not benefit financially from using the unicorn, and hence will not be submitting to Edwards’ demand. 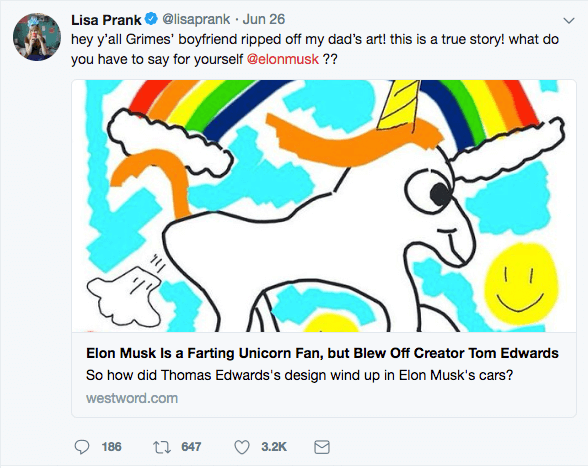 Are Viktor, Kapoor and Edwards justified in their claims? Although the cases are differently nuanced, they are centred on the same fundamental question: does copyright law entirely endow copyright owners with the right to dictate who can and cannot use their legally protected work? Further considerations are the future of artists where the law fails to protect them from exploitation, and the fate of freedom of speech where artists seek complete dictatorship over the contexts in which their copyrighted works are represented.

Tshepang Pooe is an intern at ART AFRICA