Far from the razzmatazz of New York City’s art scene – and only a two and a half hour train ride away – in the nation’s capital of Washington DC, is the National Museum of African Art. It’s a post-modern jewel of a building tucked away between the Arthur. M Sackler Gallery for Asian Art and the Air and Space Museum. Washington DC is largely home to admin staff and the secret service, so it can be a bit vanilla, à la Pretoria (in South Africa). But it is one of the world’s greatest cities and one that houses many of the nation’s top museums. And because the Federal Government owns them, entrance is free. ‘Artists’ Books and Africa,’ curated by Janet Stanley, is showcased at the Smithsonian Museum of African Art until September 11, 2016. 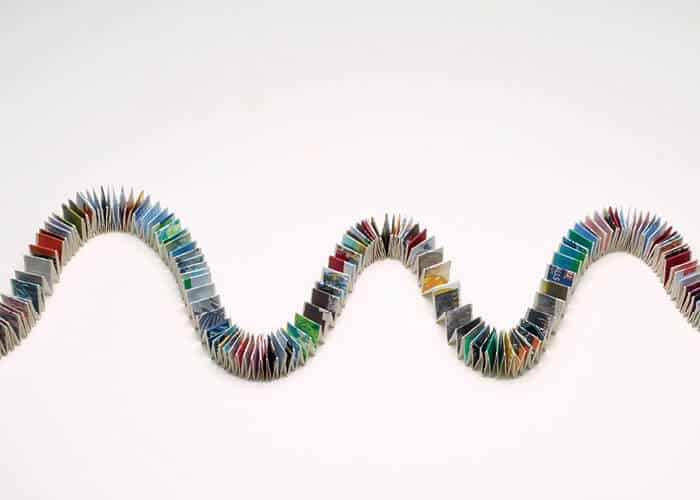 Artists’ books are simply defined as artist-made limited editions, often 1/1, and can be made of all manner of materials: paper, of course, but also cloth, plastic, metal, glass, wood and leather (pretty much anything at all). All of the twenty-five works on view belong to the permanent collections of the Smithsonian Libraries’ Warren M. Robbins Library and the Smithsonian National Museum of African Art, which is a big deal. Artists may have been involved with making books for quite some time, but artists’ books began to proliferate worldwide in the sixties and seventies, sparked by social and political activism. 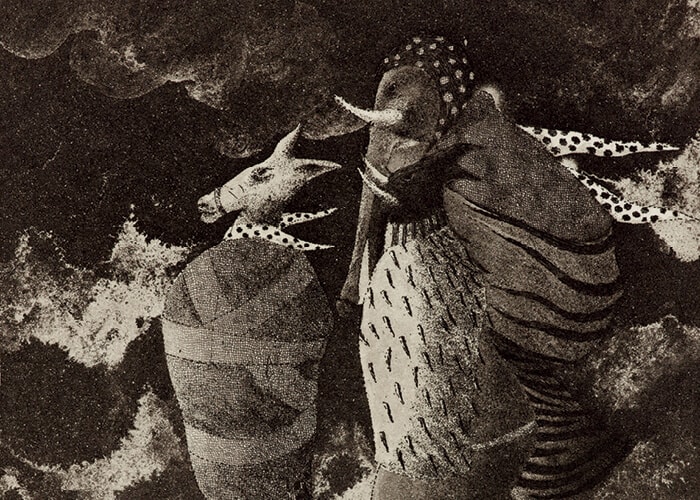 Some of the books on view are produced entirely by one artist; others are collaborations between papermakers, printmakers, typesetters, binders and poets. Wilma Stockenström’s Skoenlapperheuwel, Skoenlappervrou (‘Butter Fly Hill, Butter Fly Woman’) is one such collaboration and features all of the above. Written in freeform Afrikaans (a rare sight and sound, particularly in these parts) a line or two is translated, echoing shared, universal pain: “The woman bangs her fists against the booming house” and “The East flows red with menstrual blood.”

The poem – an earthy and ambiguous contemplation of a woman’s role in life – is illustrated by Judith Mason. Her illustrations – pencil drawings and collages transferred to plates – are printed, overprinted as lithographs and then selectively redrawn with occasional colour added for emphasis. The book was published by Ombondi Editions and printed by the Broederstroom Press in the late 1980s. Ombondi Editions even went so far as to create a new typeface named ‘Visigoth’ to fit the balanced visual text weight (or VTW) layout style. But just before the book was due to be published, the printed pages went missing. Then, the Broederstroom Press closed shop and Mason moved to Italy. Shortly after, the publisher died in New York and the whereabouts of the unbound pages remained a mystery. A quarter of a century later, the world-renowned South African book collector, Jack Ginsberg, stumbled upon the pages in the bookbinder’s basement in Johannesburg. Finally, thirty copies were bound and Edition 10/30 now resides in Washington DC, kept under lock and key, and only handled by archivists wearing white gloves. 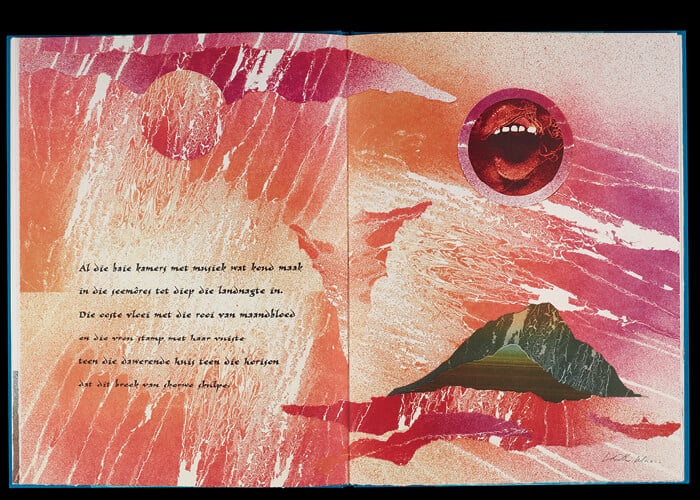 The collection also includes work by artists who specialise in fine and book art, including Keith Dietrich and Artist Proof Studio founder and director, Kim Berman (South Africa). A collaborative, surrealist ‘Exquisite Corpse’ titled Emandulo Re-Creation, was created by Robbin Ami Silverberg (United States) and Kim Berman, who worked with twenty-two artists, each making a print of two people on the theme of creation.

Also included are experimenters with the medium, among them, Toufik Berramdane (Morocco), Atta Kwami (Ghana), Rachid Koraïchi (Algeria), Hassan Musa (Sudan), Abdoulaye Ndoye (Senegal) Otobong Nkanga (Nigeria) and Luan Nel (South Africa). Some documents on display now represent a time capsule: late Nobel Prize winner Nadine Gordimer’s collaboration with The Artists’ Press and refugee women exploring displacement, The Ultimate Safari, resonates today as it did when first published. Another, Qauqaua, created by the artists of the Kuru Art Project (also published by The Artists’ Press) tells a visual folktale of a heroine called Qauqaua. The San – living in the nearby village of D’kar – talk of a perfectly rounded, smooth rock, located close to the Botswana border in Namibia, that represents the body of Qauqaua. The tale, told by parents and grandparents for millennia, is now forever preserved in book form.

Petra Mason is a cultural historian based in New York and Miami.

‘Artists’ Books and Africa’ is at the Smithsonian Museum of African Art (Washington) until 11 September 2016.