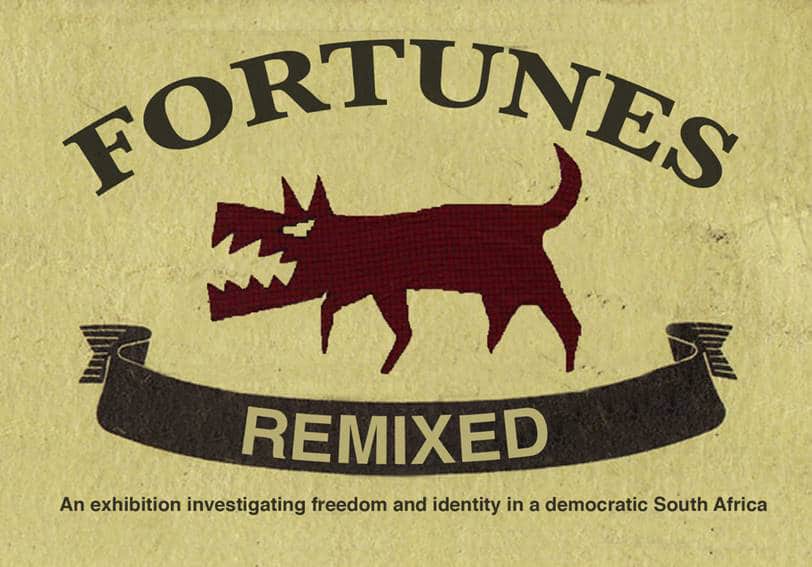 Image courtesy of the Bag Factory
ARTsouthAFRICA’s new project space in Salt River launches next week with the opening of the travelling exhibition, ‘Fortunes Remixed’, in association with the Bag Factory. The space, in the new up and coming creative precint in Cape Town, encourages transformation by working outside of restricted conventions, stepping away from the traditional ‘white cube’ framework and promoting unrepresented artists. Inviting  established and emerging art practitioners from all over Africa to experiment, collaborate, engage, construct, make and play.

2014 has seen South Africa celebrate its 20th anniversary of democracy. The first children born into our new democracy were legally of age to participate in their first general election this year and as ‘Born Frees’, it was their first opportunity to be actively involved in directly taking part (or not) in the politics of our country.

Their position is complex. In the past 20 years ‘Born Frees’ have grown up influenced by an environment of rapid change. They have seen the quick technological shifts in IT and mobile digital technology. They have increasing access to a continuous stream of mixed information from around the world that either enhances or undermines the shifting identities of South Africans and their political needs. Moralities, religious beliefs and individual preferences continuously change local and international fashion while the ‘old’ institutions are challenged to remain convincingly relevant. Young people have grown up learning to look towards the future in order to identify careers that have yet to be invented.

South Africa’s democracy is progressive and free in law, but the reality of implementing our still young democracy is not simple. The persistent complexities of prejudice, economic imbalance, poor delivery, and concerns about crime and corruption are a constant burden to democratic efforts. Young South Africans have been exposed to the very real challenges of free-market democracy, growing up in a society undermined by Apartheid’s legacy of forced-migrancy, intolerance, inequality, and ignorance, and are now competing in an uneven playing field where the accumulation of wealth often has more value than human dignity.

Considering all these factors it is unsurprising that the identity of ‘Born Frees’ is complex. Numerous stereotypes have been applied to these young people. Young people in S.A are said to be fascinated with ideas of their own personal freedom, freedom to experience life to its fullest. Living by the motto: YOLO (You Only Live Once), they live in the present, appearing uninterested in the current social, environmental and political conditions of their surroundings, nor the history that created them.

‘Fortunes Remixed’ is an exhibition that reviews ‘freedom’ and ‘democracy’ as experienced by young South Africans in comparison with their elders. This exhibition considers South Africa’s journey, how we relate to it, and how we consider identity and our future as South Africans.
Please join us at Unit 2, Pals Parkade, Cecil Road, Salt River on Wednesday 12 November 2014 at 6pm! We look forward to seeing you there.