Asia. The name was a gasp from a dying mouth. An ancient word that had to be whispered, would never be used as a battle cry. The word sprawled. It had none of the clipped sound of Europe, America, Canada. The vowels took over, slept on the map with the S. I was running to Asia and everything would change.

Michael Ondaatje – Running in the Family

The novelist, Michael Ondaatje, of Dutch-Tamil extraction, raised in Sri Lanka (formerly Ceylon) and educated in Canada, reproduces some of the most trenchantly troubling myths regarding the East. A region more imaginary than real – from a Western perspective – the East, or ‘Asia,’ is perceived as being on the verge of expiration, void of vocal and physical strength, lacking the ‘clipped’ acuity of the West, yet, paradoxically, in possession of an infinite seductive possibility. Tourism persists in trading in this fiction. But is this Asia – then, and now? And why has a Western optic persisted in maintaining Asia’s polar difference from itself?

For Andre Gunder Frank the separation of West from East was a necessary and cynical ploy, for the hemispheres, he argues, were inextricably bonded. “The line between West (Europe?) and East (Asia?) is purely imaginary and a Western construct. Real-world history continuously (and cyclically?) jumps and alternates across this imaginary Western/‘Orientalist’ division. That is what happened in the nineteenth century and promises to happen in the twenty-first century.”

Today we need to discover what connects us and not what separates us. We are done with regional exceptionalism – and I say this knowing that America and the nations of Europe are embroiled in a battle regarding nativist sovereignty. It is there in the reactionary bromide – ‘Make America Great Again.’ What is needed, rather, is an ethical imagination that can bind the increasingly broken fabric of the earth. Against parochialism, nativism, or populism, we need to find what connects us. 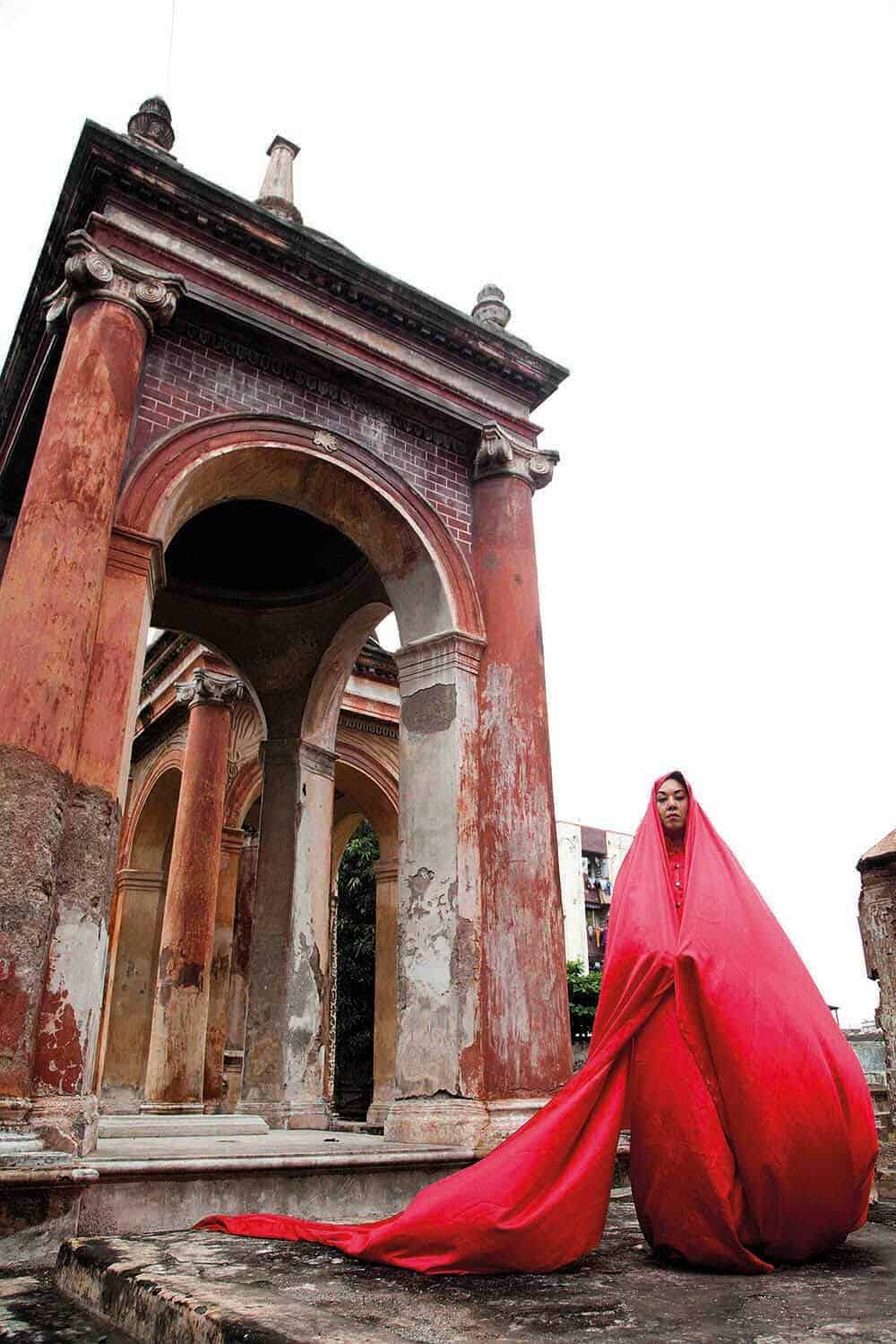 One of the many lies perpetrated by Western history concerns the repression of Sino-centric or Chinese knowledge. As Gavin Menzies points out in his hotly disputed opus, 1421 – The Year China Discovered the World, “Columbus, da Gama, Magellan and Cook were later to make the same discoveries but they all know they were following in the footsteps of others, for they were carrying copies of the Chinese maps with them when they set off on their own journeys into the unknown. To misuse a famous quotation: if they could see further than others it was because they were standing on the shoulders of giants.” This cartographic knowledge was smuggled along the ancient Silk Road and across North Africa – one of many geographical and scientific sources of wisdom which stemmed from the Middle and Far East.

Nevertheless, Europe would persist in misrepresenting the provenance of the East. Another staggering case in point stems from the economist, Adam Smith, who in the Wealth of Nations baldly asserted that, “The discovery of America and that of the passage to the East Indies by the Cape of Good Hope, are the two greatest events recorded in the history of mankind.” This narcissism, however, masked a deeper suppression, for what Smith could not overlook is that without the discovery of silver in South America, Europe would have had nothing to trade with the East, stating that, “The silver of the new continent seems in this manner to be one of the principal commodities by which the commerce between the two extremities of the old one is carried on, and by means of it, in great measure, that those distant parts of the world are connected with one another.”

This dynamic of suppression-and-dependency has never gone away. A disingenuous logic lies at the heart of the West-East connection. The fantasy of European-now-American global supremacy, it seems, cannot free itself from this core denialism. For as Andre Gunder Frank firmly reminds us, “Just as Asia was not stuck-in-the-mud, so did Europe not raise itself by its own bootstraps.”

Speaking with Gayatri Spivak in 2006, Ram Narayanam had this to say, “Asia in the twenty-first century presents a forbidding picture to the United States in terms of her national security interests. A rapidly threatening China, a resurgent Russia and an extremely hostile and violent Muslim world confronts the United States. Military flashpoints that are confronting or likely to confront the United States can be listed as Iraq, Iran, Afghanistan, Pakistan and the rapidly rising military power of China, aimed at expelling U.S. military presence in East Asia. Taiwan would emerge as the pretext and the flashpoint.”

From the vantage point of 2017 Narayanam’s prognosis is eerily exact. For what we are currently experiencing is the on-going hemispheric divisiveness. Asia, however, cannot be simplified into a definable category. Asia, like Africa, is not a country. However, if “Asia is not a place,” for Spivak it remains “laden with history and cultural politics. It cannot produce a naturalised homogenous identity’’ – despite Ondaatje’s attempt to do so.

What concerns us, here, is the nexus of history, culture, economics, and a unifying ethics. To do so requires that we refuse the obsessive-compulsive fetish of regional difference. If the West is not the site for a ‘clipped’ rationality, neither is the East the site for some mystical or inscrutable or nefarious other world. These stereotypes, rooted in a parochial and exploitative culture have persistently, indeed deliberately failed to nurture a global understanding of our historical connectedness. Which is why Spivak asks us – through the humanities and the arts – to “de-transcendentalise” the sacral fetish of the “East,” as well as the supposedly rational ethos of the “West.” We must move “away from belief,” she says, towards a more imaginative and secular vision of the world. After all, she asks, “What inclusive, cultural matrix exists in the history of the present for producing a region-think here?” And yet, tragically, it is precisely the ugly head of a compartmentalised regionalism which is forcefully re-emerging.

To conceive of Asia, therefore, is to conceive its inclusive and integral relation to the history of the world – then and now. Reflecting back to “when China ruled the seas,” Louise Levathes reminds us that, “Just as silk drove the overland trade routes in the first centuries of the Christian era, it was porcelain that became the impetus for the Indian Ocean trade in the seventh century.” Evidential fragments are strewn across the global littoral – the rim of East and Southern Africa, of South and North America. China’s resurgence today – indeed the resurgence of the East within a global economy – reminds us of the ‘cyclical’ return of the repressed. Given Frank’s “new world (dis)order in the making” we must provide an “alternative Perspective” and re-imagine a connected history-culture-art. After Gayatri Spivak we must also learn to prize “contamination rather than authenticity,” for “Culture alive is always on the run.” 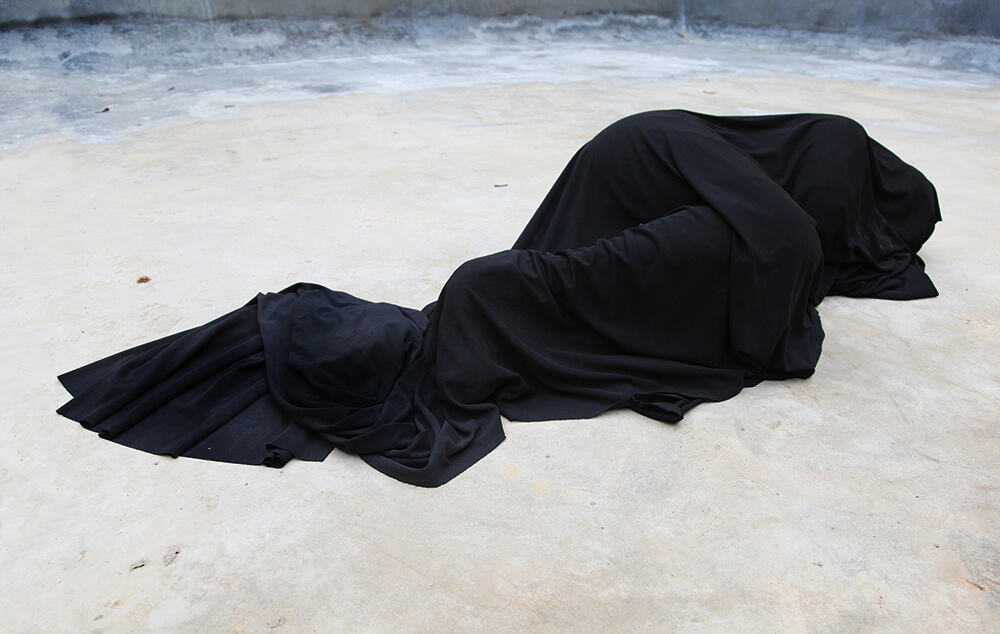 Read the editorial for ART AFRICA, issue 08, here. Also read our article on Textiles of the Islamic World here.