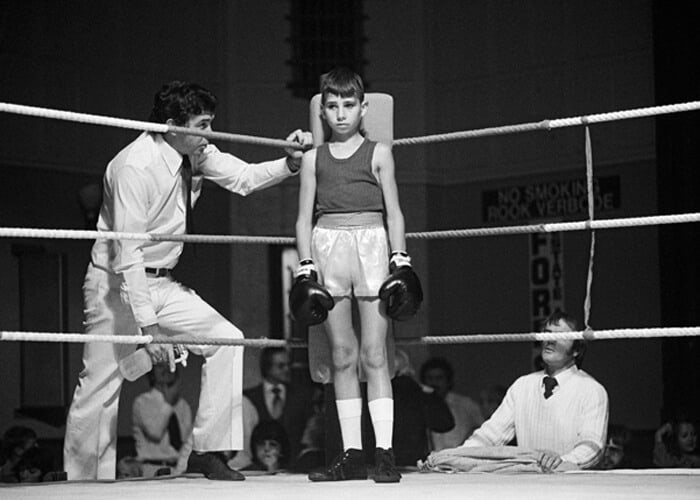 William Kentridge’s forever-leaping ballet dancer of the impressive Grande Jeté, an early drawing bought directly by the seller from Kentridge’s ‘Standard Bank Young Artist Award’ solo exhibition in 1987, is echoed by the real-life suburban ballerina of David Goldblatt’s Girl in her new tutu on the stoep. This key photograph was used on the cover of Goldblatt’s In Boksburg, one of South Africa’s earliest photobooks published in 1982. Before the fight: amateur boxing at the Town Hall, Boksburg is another compelling image from this key series, documenting the surreal nuances of white, middleclass life in a small town during apartheid. Another remarkable photograph on offer is a panorama of Pollsmoor Prison, made up of multiple images stitched together, from Mikhael Subotzky’s acclaimed ‘Die Vier Hoeke’ series. 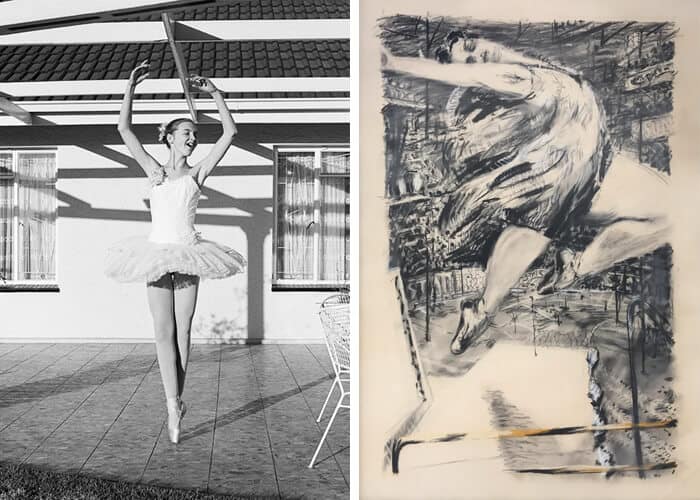 Photography’s ability to ‘document’ is complicated, too, by artists such Nandipha Mntambo, Steven Cohen, Mohau Modisakeng and Kudzanai Chiurai. Representations of power, propaganda and masculinity converge in Chiurai’s satirical portrait, The Black President. Mntambo’s signature use of cowhide merges with the red cape of a Matador in an imagined bullfight in the abandoned arena of Praça de Touros, Maputo. Standard Bank Young Artist Award Winner for Visual Art in 2016, and one of two artists to be featured for the South African Pavilion at the 57th Venice Biennale in 2017, Modisakeng uses his own body, removed from markers of time or place, to explore the violence of ‘post-colonial’ societies in Ditaola XV. Chandelier is an extraordinary image taken during Cohen’s performance of the same name, in which the artist teeters through Newtown, Johannesburg, during its dismantlement, in too-high heels and an elaborate chandelier tutu. 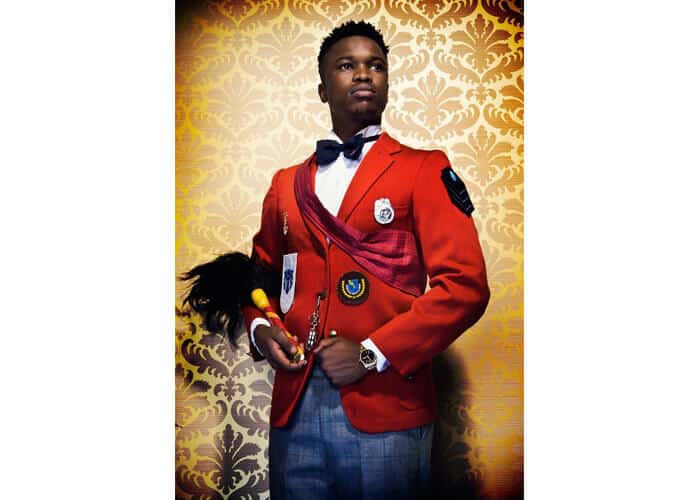 Enticing a range of collectors, upcoming highlights include an exciting variety of media and working methods – from Zander Blom’s experimentations with oil paint, to Senzeni Marasela’s red thread ‘drawing’. In Athi-Patra Ruga’s Castrato as [the] Revolution, a vibrant and irreverent tapestry, a male figure poses provocatively in bright gloves and a tight bodysuit. Igshaan Adams’ Parda IV is a mesmerising weaving together of colourful nylon and rope, and Moshekwa Langa combines text and image in an ‘extended drawing’ in She thought of him often.
Setting an impressive precedent, Aspire is the first auction house in South Africa to pay living artists a percentage of the proceeds from sold artworks. Aspire’s espousal of Artist’s Resale Rights (ARR) highlights a commitment to developing and refining this growing contemporary market.
Inaugural Cape Town Auction 2017
Avenue | V & A Waterfront | 40 Dock Road | Cape Town
27 March 2017 | Evening Sale | 8pm
Auction preview:
Friday 24 March | 10am to 5pm
Saturday 25 March | 10am to 5pm
Sunday 26 March | 10am to 4pm
Exhibition walkabouts:
Saturday 25 March & Sunday 26 March | 11am
For queries, please contact Emma Bedford | emma@aspireart.net | +27 83 391 7235