Book of the BALLENESQUE 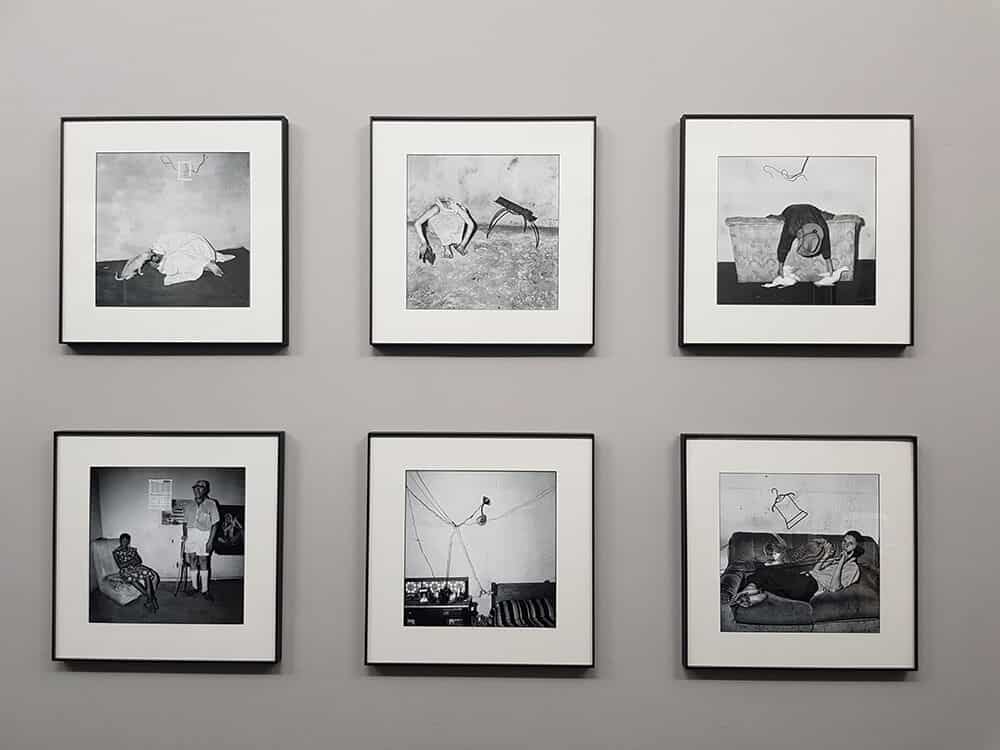 Roger Ballen – the highly prestigious and somewhat controversial photographer of American origins – held an exhibition and special signing heralding a book launch of BALLENESQUE Roger Ballen: a retrospective, his latest in a long line of tomes crafted and shared with the world since the late 1970’s. Ballen has been engaged in the world of photography since he was thirteen-years-old, and his decades of constant learning and growth around photography can be seen throughout the work he has produced since his inception into photography.

He honed his trade throughout his travels around the globe, and various countries in Europe, Asia and Africa were given a taste of his keen eye and photographic prowess. Ballen gained widespread acclaim with his book Dorps: Small Towns of South Africa which gave greater South Africa, and the rest of the world, a deeper look into the lives of rural Afrikaners living in small and somewhat run-down towns of South Africa. 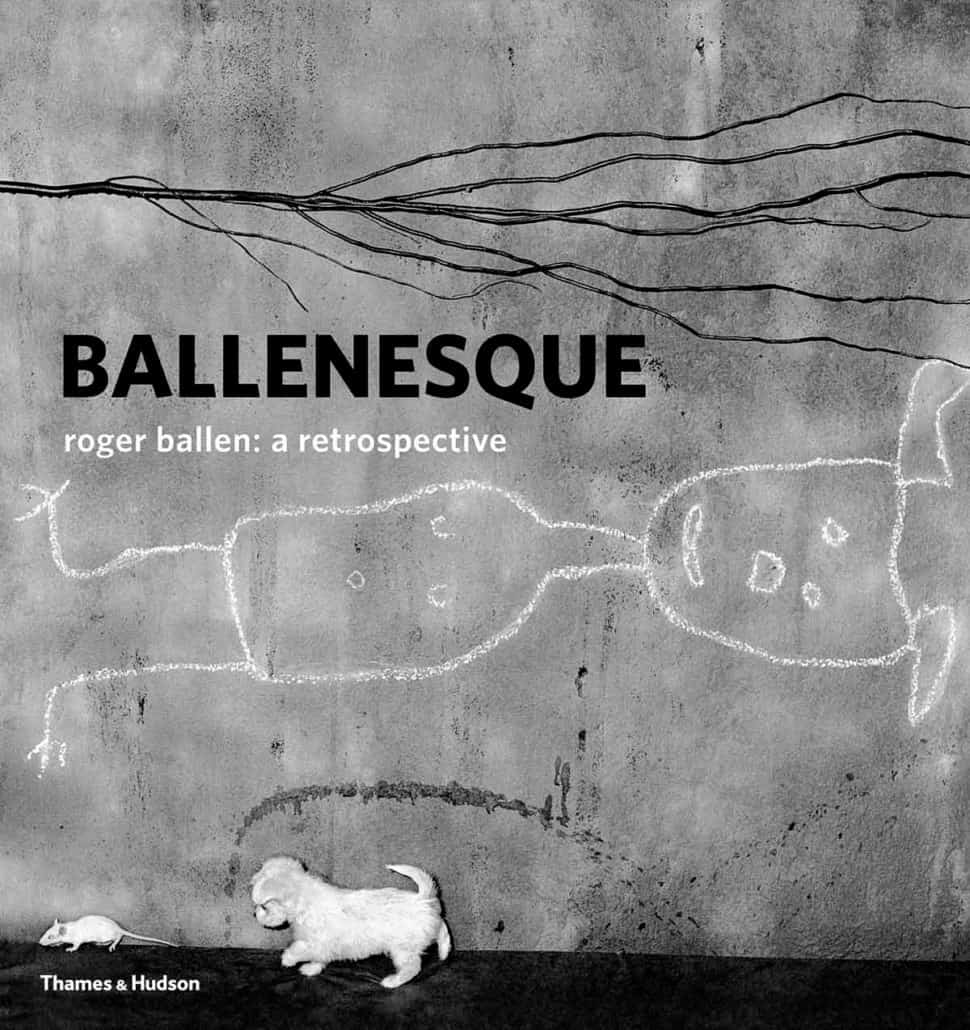 The BALLENESQUE Roger Ballen: a retrospective exhibition and book launch was extremely enlightening, it took place at P H Centre Photo Gallery & Bookstore in Maynard Street Cape Town. Amongst grey walls hosting a variety of Ballen’s work from his early years to his more recent works from 2016, the show got off to a great start. Patrons were mingling, viewing works in awe and meticulously inspecting the books on sale, waiting for the opportune moment to meet the esteemed Roger Ballen and hopefully be lucky enough to get his signature placed upon their most prized pages of his work. His latest book, BALLENESQUE Roger Ballen: a retrospective which shares its name with the exhibition itself, refers to all of his work – from past to present, featuring over 300 photographs and including an introduction by the prolific cultural theorist and critic, Robert J. C. Young. The book itself is a greyscale masterpiece, wide-styled that emanates photographic marvels with every flip of a page. BALLENESQUE Roger Ballen: a retrospective offers an insight into the world of Roger Ballen in detail never seen before, the text that accompanies these images is as profound as it is unique.

Roger Ballen is one of the most important photographers of the 21st century – he creates images that tread a fine line between art, photography, installations and drawings, amalgamating these forms and styles to create something truly unique, something picturesque. Always in monochrome, his images intertwine fiction and reality coupled with the vast array of imagery with animals and their forms to take the viewer on a journey through the decades aboard a black and white vessel riddled with history and the undiscovered. Always leaving selective clues behind such as the visible wires found amongst many of his images. When describing one’s own work he says – “I have been shooting black and white film for nearly fifty years now. I believe I am part of the last generation that will grow up with this media. Black and White is a very minimalist art form and unlike color photographs does not pretend to mimic the world in a manner similar to the way the human eye might perceive. Black and White is essentially an abstract way to interpret and transform what one might refer to as reality.”

Experiencing this event was exciting, interesting and offered insight into the world of photography, and as such I find it would only be fitting to end off with the words of Mr Ballen himself –

“My purpose in taking photographs over the past forty years has ultimately been about defining myself. It has been fundamentally a psychological and existential journey.” 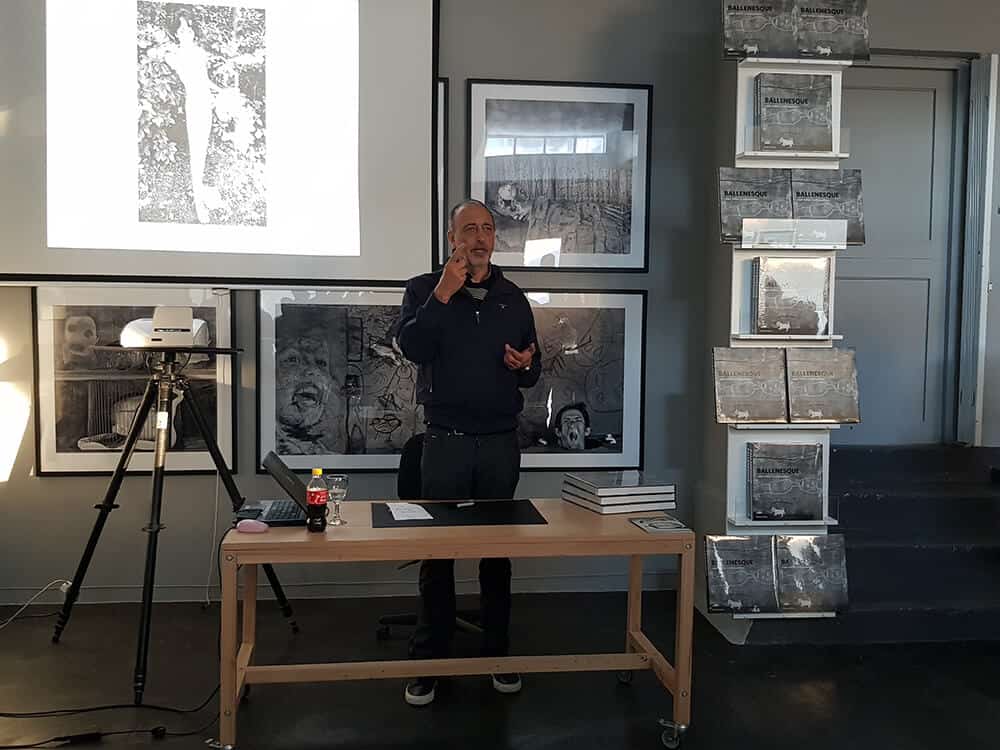 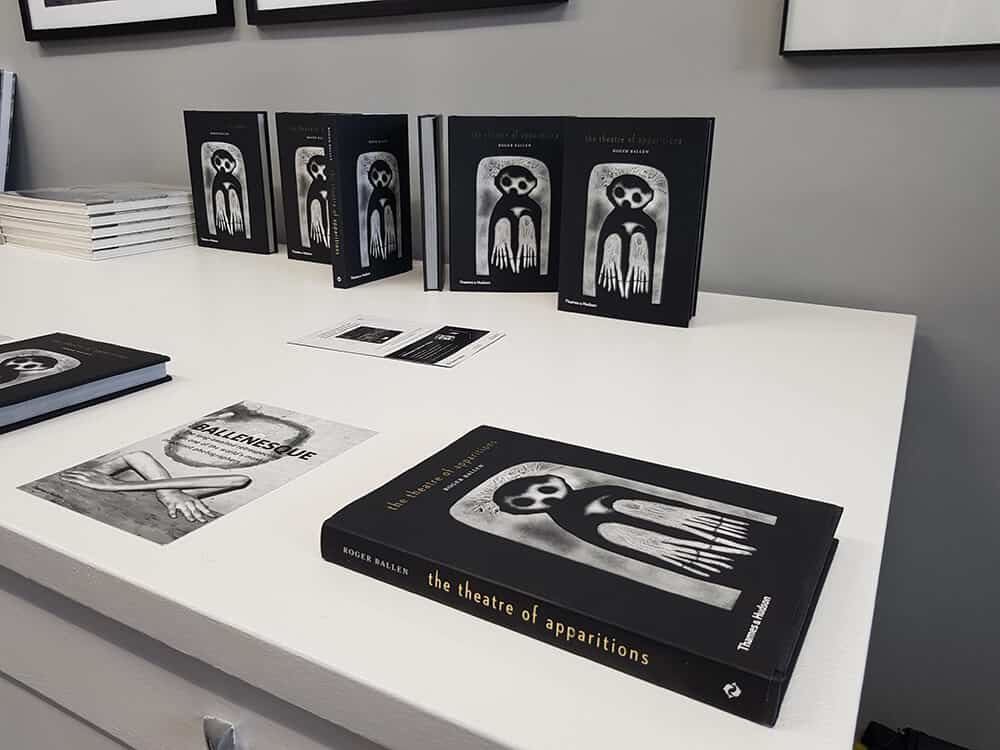 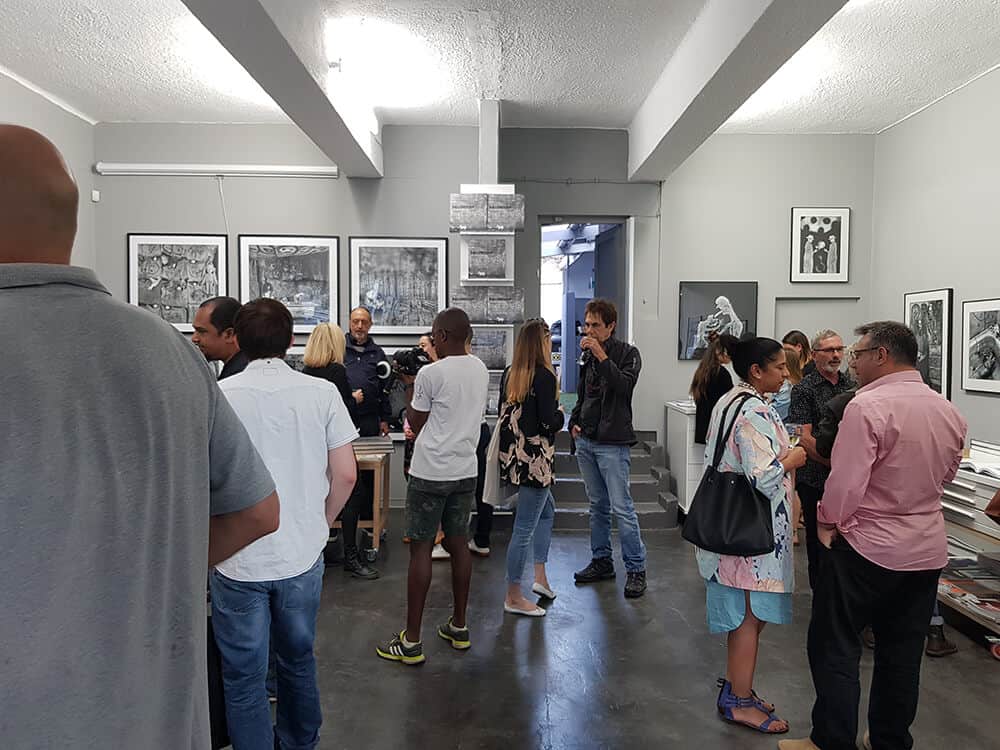 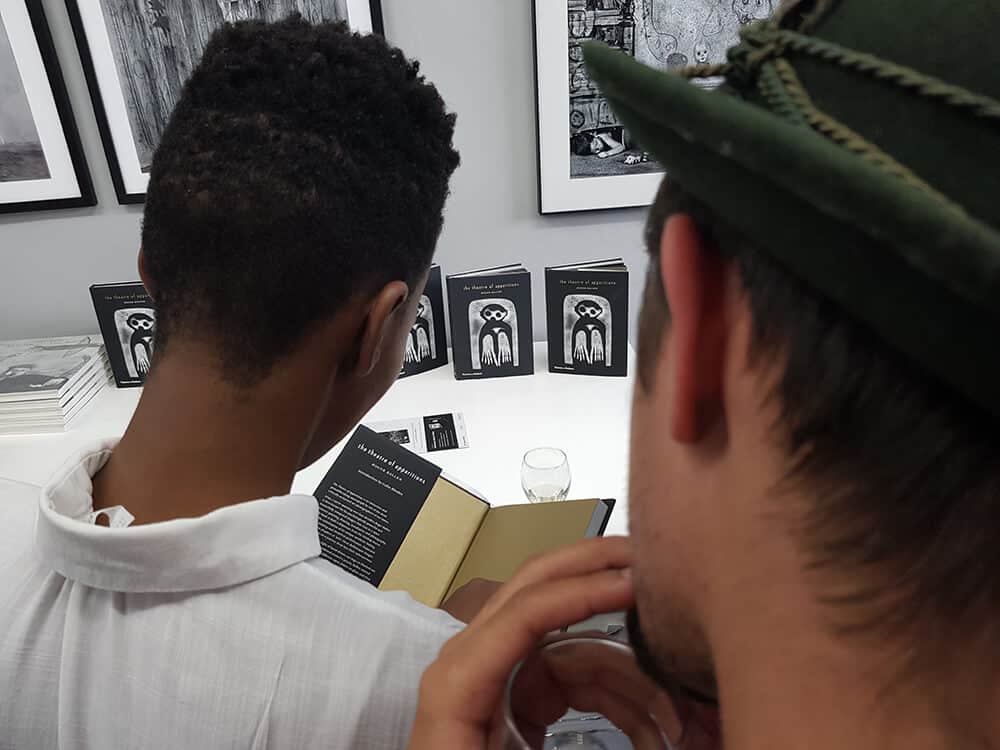 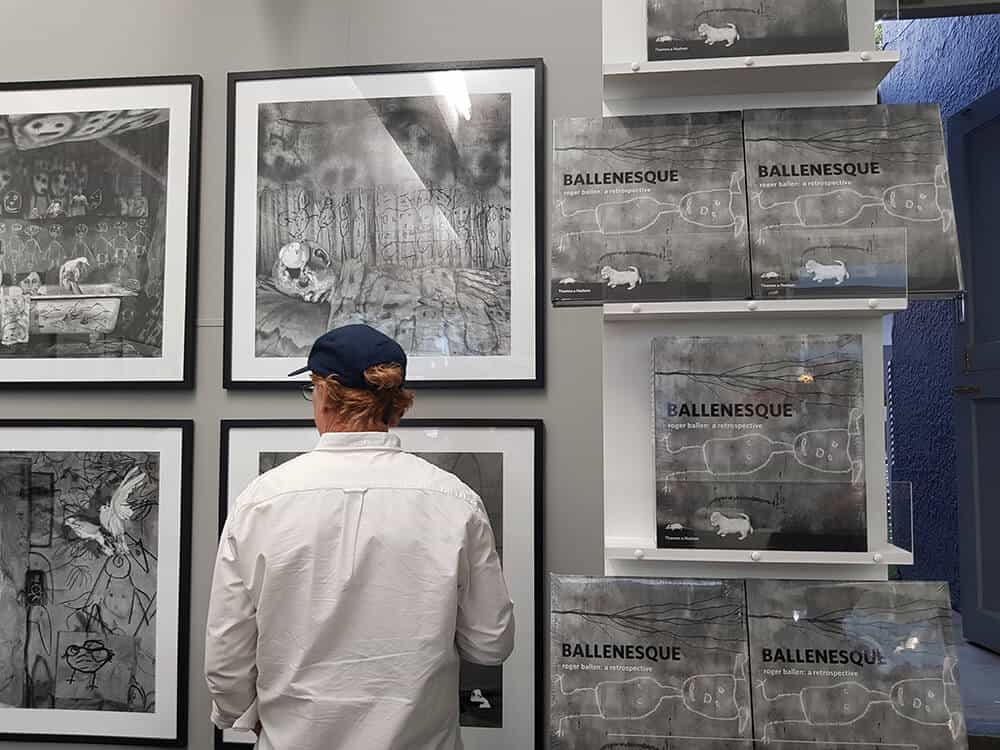 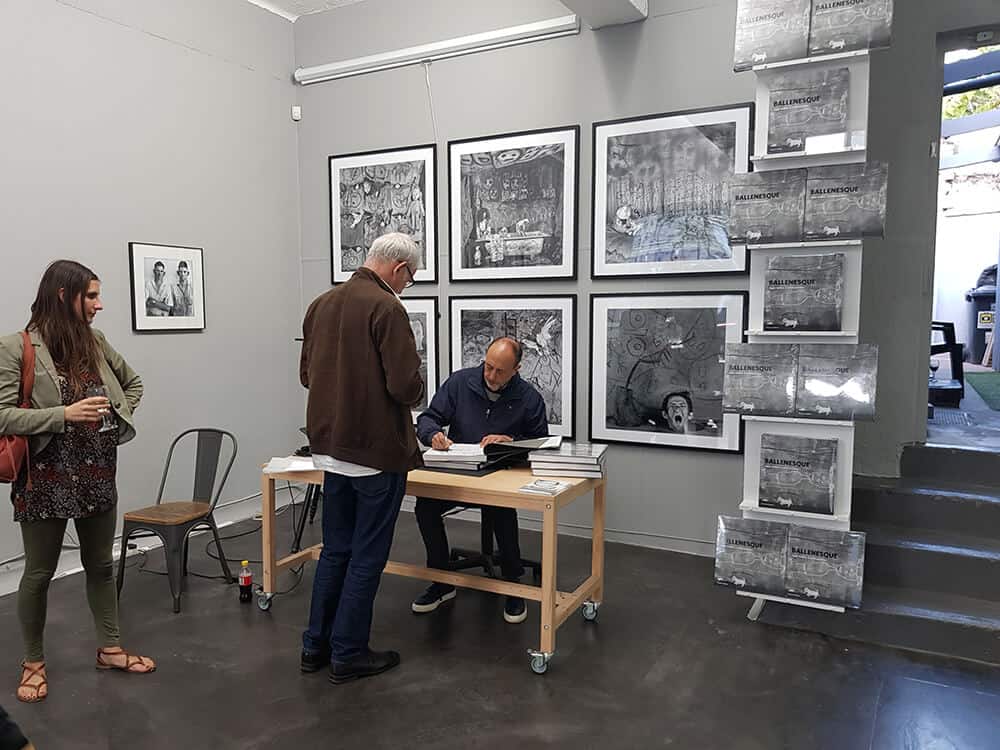 Details regarding the exhibition: BALLENESQUE Roger Ballen: a retrospective are as follows:

Sean Streak is a writer on ART AFRICA‘s editorial team.