‘Bananas and Saints alike’, a solo exhibition by Katharien de Villiers will be presented by SMITH in November

The question is often asked and seldom resolved. What’s the work about? Katharien de Villiers’s ‘Bananas and Saints alike’, the artist’s second solo show at SMITH, is difficult to talk about because it avoids a navigable answer. Strange compositions suggest a narrative — a car crash, a bible study — but the details are elusive. 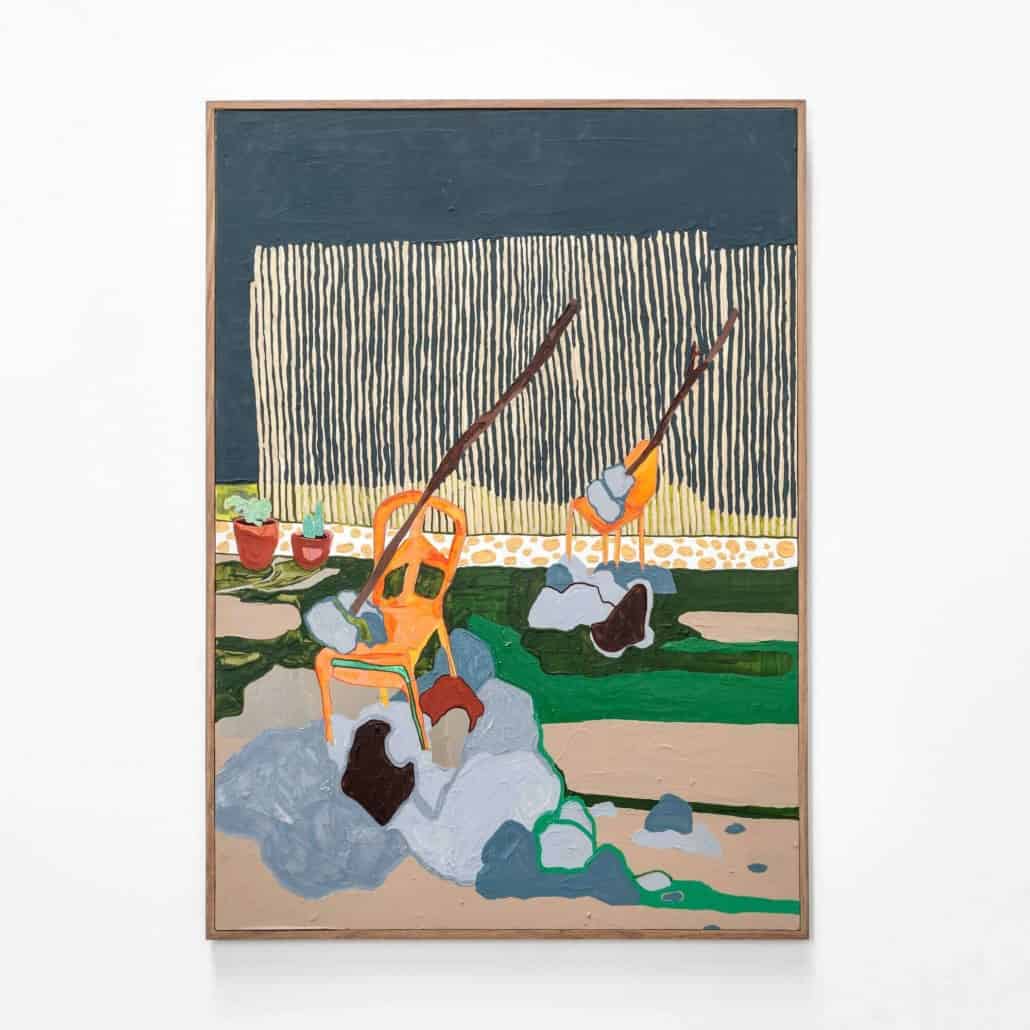 Katherine de Villiers, The Washing Line, 2019. All images courtesy of the artist & SMITH.

Repeated details — the mirror, the shrine — suggest a journey, but with no origin, no destination. There is no timeline, no chain of command, and, as the title suggests, no hierarchy of relevance. Efforts to categorise reveal a slippery boundary between definition and free association. The paintings themselves are slippery: thick enamel bubbles off the canvas; sculptural objects tumble into three-dimensional space; glitter shakes off and onto the floor. For viewers interested in clear-cut political commentary, historical analysis, or self-examination, it’s a show that’ll throw you off.

What’s the work about? Perhaps this exhibition echoes the question back. Art is, certainly, a lot more fun when meaning is allowed to flourish in the open-ended. And De Villiers is skilled in the art of withholding, or, as she would put it, “boycotting clear understanding.” Thus, it’s up to the viewer to make and re-make what the work’s about. That means making up stories. That means playing around. That means coming to the work with your own ideas. That means being a voice in an ongoing conversation.

In an attempt to engage with ‘Bananas and saints alike’, but not to explain it, the following is one writer’s interpretation of the show’s mutable parts, which comes in the form of short, flash fiction. The audience is encouraged to omit, deconstruct, contradict, augment, exaggerate, reiterate, or revise whatever they see fit, so long as they are open to investment in the myriad. Let this serve, then, as an introduction to an experiment, where the assessment of art is grounded not in meaning-making, but mutation.

Soraya, a plain and frugal woman, hadn’t a clue what to do with her father’s inheritance. She had no need for new clothes; her car drove fine; anything bigger or grander than her one-bedroom flat in the suburbs would have stressed her out. She could have given the money away to charity, but there were so many to choose from, and how was she to be in charge of deciding whose cause was important, and whose wasn’t? Truly at a loss, she decided to consult the Bible. This, however, proved to throw another spanner in the works, as the Bible had many conflicting statements about what one should do with one’s father’s money. Defeated, Soraya slammed her Bible shut and buried her face in her hands. Her father had bent over backwards all his life to earn that money, and she was just going to let it sit around, collecting dust. She splashed some water and her face and sat back down before the Book. She closed her eyes and decided to open to a page at random. Let divine intervention decide what to do with the inheritance. When she opened her eyes, she found her finger resting on Daniel 3:1-18. She closed the book again, dialled up a precious metal refinery, and placed an order for a sixty by sixty-metre cube of solid gold. 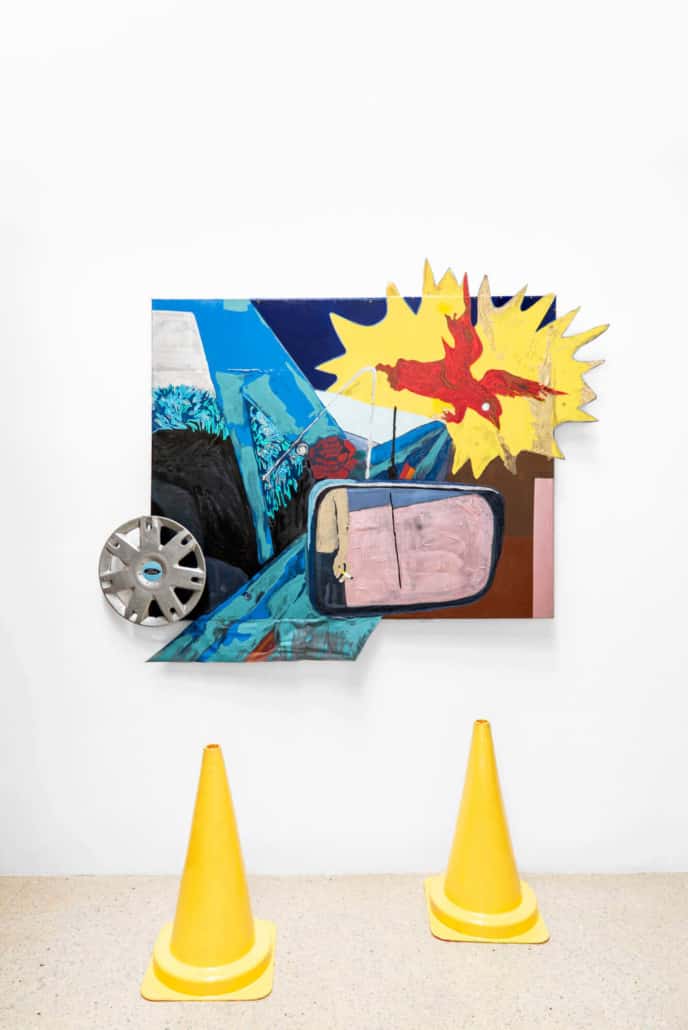 Dying wasn’t an accident. Dying was easy. Dying was, come to think of it, the easiest thing Queenie Shapiro had ever done. Easier than leaving that good-for nothing husband of hers, rich as he was. Way easier than running away from that shitty little dorpie as a girl, with nothing but a five rand coin and the pair of white gloves she stole from the farmer’s wife. Dying was a hell of a lot easier than all those all-nighters down at the docks. Queenie couldn’t remember any of their names or faces—she could barely remember what her own face would have looked like, it was that long ago—but her body still remembered how it felt. Dying wasn’t that bad. And, if she was being honest with herself, dying wasn’t an accident. Hitting that beautiful bird was an accident. And dying in front of the son she gave up twenty-five years ago–the son she had spent three years and R 20,000 tracking down, just so she could give him a photograph of the two of them together, a faded, wrinkled thing, but it was the only one she had–dying in front of him, that was an accident. 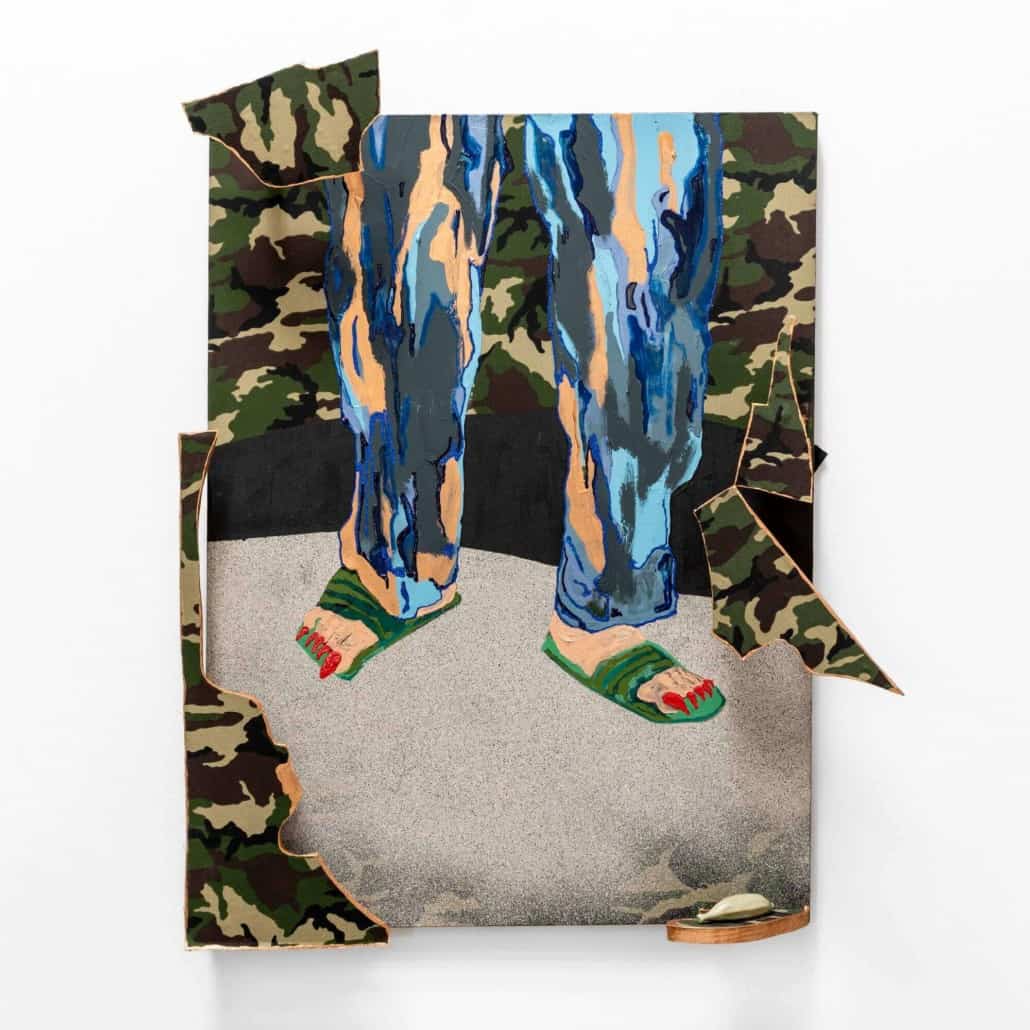 She promised herself she wouldn’t trim her toenails until Bobby came home. Bobby liked them cut down to the wire, that’s what he used to say, that way they tasted better. Mabel never understood what the fuss was all about, his seduction with her feet, but now that he was gone, she missed it, craved it. Once, she attempted to suck her own toes with her own mouth, but this act required more flexibility than Mabel could muster, and the taste it left on the tip of her tongue was revolting. Refusing to trim her toenails, thus, became a kind of penance. Each time she stubbed her toe on the door seal, or scratched her calf in the middle of the night, she was paying for that night she sent Bobby away. He had been drinking, saying lewd things about other women, women Mabel new, like the new secretary and the student on the second floor. Mabel wasn’t his wife, sure, but she wasn’t no one either, and she had enough self-respect not to put up with that talk in her house. She didn’t mean to break with him or scare him off, only to teach him a lesson. She fantasised, perhaps naively, that he would return to her, sobered up and sorry, and that they would make love all night, and that he would leave his wife for her, and that he would never test her dignity again. But the night wore on, days passed, and Bobby never did rock up again. It wasn’t long before Mabel caught him screwing with the student, in the elevator of her apartment building, no less. It was safe to say that she was hurt, but not surprised. This still left the problem, however, of her toenails. To let them keep growing would have been pathetic, but to cut them and still have no Bobby back was more than she could bear. Steeling herself, Mabel slipped on her sweatpants and sandals and marched down to the pharmacy, where she bought the brightest and most expensive bottle of red nail varnish they had. 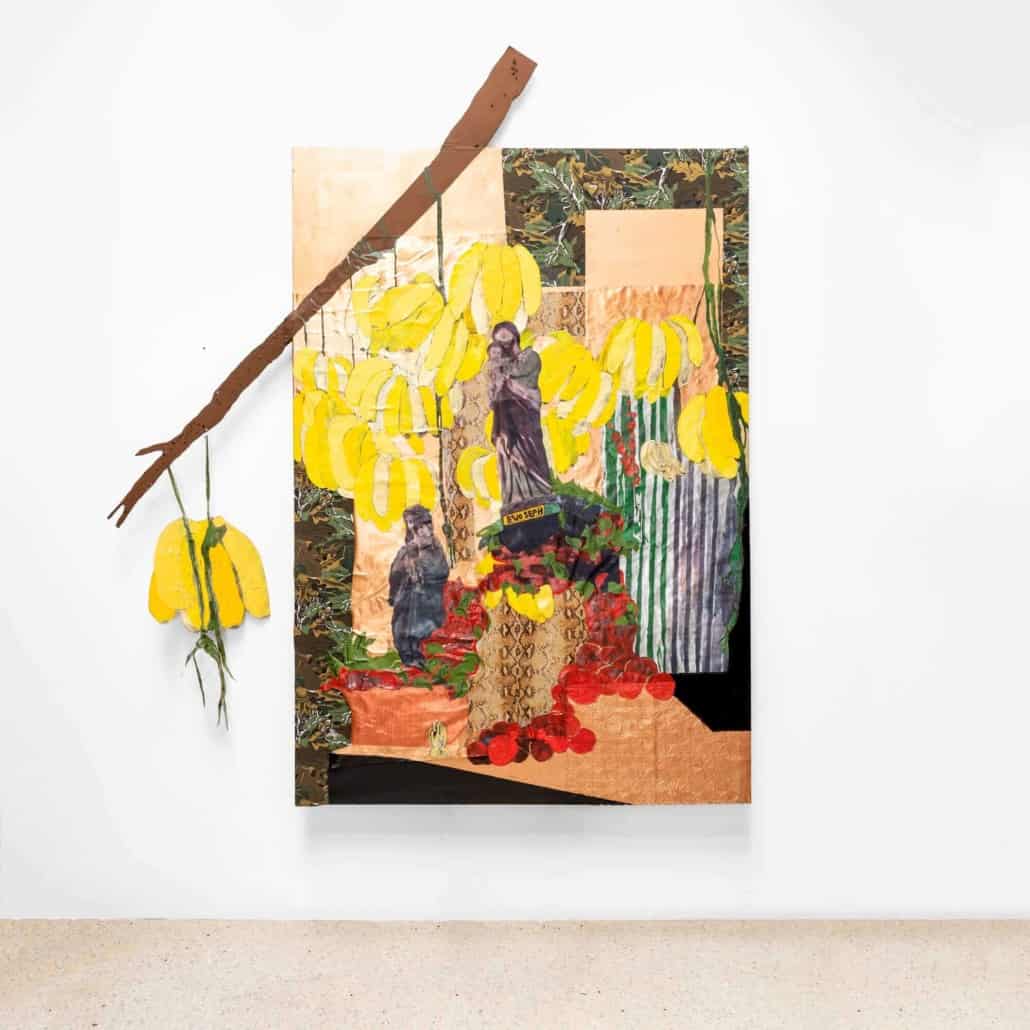 De Villiers has created a collection of paintings in mixed media that dazzle and amaze in her signature painting style. The works include perspex and timber attachments that leap from the canvas to catch your attention. There is glitter and fabric appliqué too, even Rhinestones, and all of these elements work together to successfully evoke the mystery of the stories the viewer will conjure up. This is an exhibition that requires full engagement and will leave the viewer pondering for days, maybe months or maybe even years…