‘Being and Becoming: Complexities of the African Identity’ at UNISA Art Gallery, Pretoria

in AFRICAN ART, CONTEMPORARY ART, CULTURE, CURATED, EXHIBITION, IDENTITY, PHOTOGRAPHY, VISUAL CULTURE
Share on facebook
Share on twitter
Share on email
Share on whatsapp
Is it not slightly self-defeating for African curators to foreground the identity of the artists as the central curatorial thrust for an exhibition of art from the continent? This mirrors the manner in which African art is promoted on global stages, with the provenance of the art or the geographical origins of the artists almost always framing their work. Conceived by !Kauru in association with the Black Collectors Forum, ‘Being and Becoming: Complexities of the African Identity’ took place at the UNISA Art Gallery in Pretoria, South Africa, and mimics this trend, while trying to usurp and take ‘ownership’ of how African identity is advanced. It seems that for as long as African art is advanced on European or American platforms (and by auction houses) as a discrete category, or worse, a genre of contemporary art, perhaps African artists will remain locked into a dialogue around their identity. Or have we turned a corner, allowing for this theme to be explored in new ways? 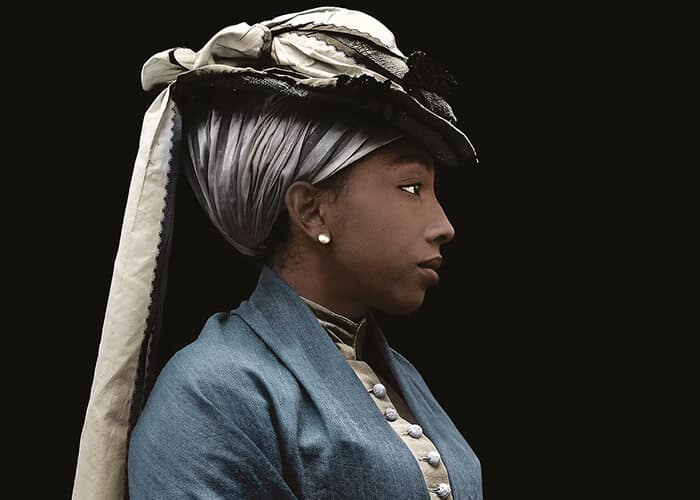 Staged in Pretoria, which is geographically and culturally at a remove of South Africa’s art centres, it is likely some of this art will seem fresh to some visitors. To !Kauru’s credit, they secured curators from outside South Africa to create the exhibition – institutions in this country have a tendency to author all the narratives and shows that are supposed to present a cultural dialogue between it and the rest of the continent. Paula Nascimento from Angola and Raphael Chikukwa from Zimbabwe were appointed.
Whether it was logistics, budget constraints or motivated by curatorial significance, the majority of the exhibition consisted of video works, with the exception of photographic works by Ayana Jackson, Edson Chagas and Siwa Mgoboza. Some of the videos were shown on their own in separate makeshift viewing rooms, while other works were combined, thus juxtaposing works that could evoke new readings of them. Lerato Shadi’s Matsogo (2013) becomes about the connection between place and identity when juxtaposed with Helen Zeru’s (Ethiopia) video One Foot In (2015), where she digs up and removes a tree. 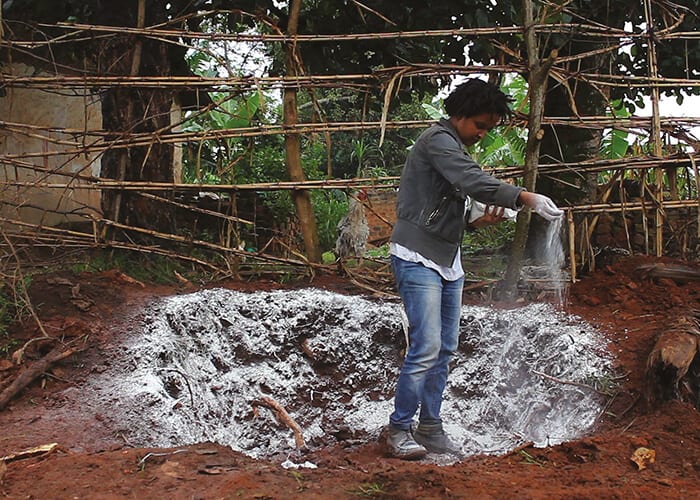 The predominance of video work makes this a demanding exhibition to view as none of the works can be consumed in a glance. This also counters all the object based African works being advanced on commercial platforms. This is an interesting aspect to consider in relation to the identity theme; that the titular complexities cannot be encapsulated in a static image. As Shadi implies in Matsogo, where she breaks down a slice of chocolate cake and remoulds it into other forms; identity is fluid and in a state of flux. Film as a medium lends itself to this, though many of the artists don’t literally evoke this theme. Conrad’s Circus Trilogy (2011) by Mudi Yahaya (Nigeria), for example, explores the role of various mediums, from literature to film, as shaping black identity in the popular western imagination and is presented almost as a counter-archival reading of historical documents.
The most thrilling video work is New Words for Mindelo’s Urban Creole (2014) by Irineu Destourelles (Cape Verde/ Portugal), which presents a series of neologisms to describe phenomenon on the African continent such as a word referring to a practice where young girls are sold into prostitution by their parents. Some of the words have Greek origins, others are fabrications, though the ‘translations’ are all presented in English. The practice of forming, appropriating and generating new words to evoke particular African conditions should be an empowering one, but the acts they describe, which often relate to an abuse of power, work at entrenching stereotypical notions about the continent while also forcing Africans to confront them. 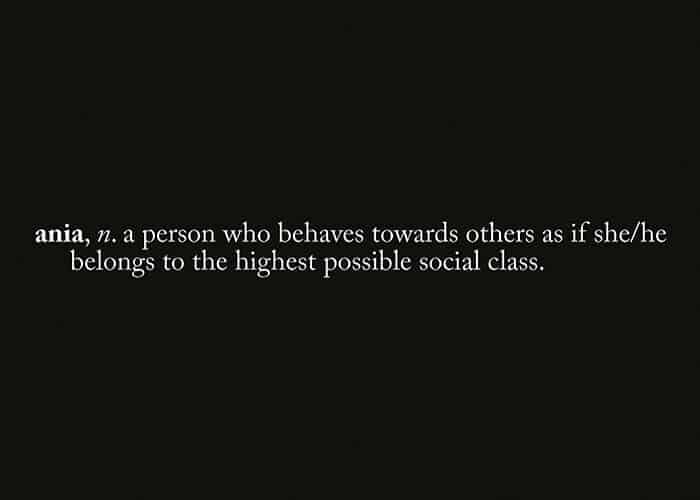 This push-pull between advancing ‘African’ conditions, challenging them, naming them, and claiming them, speaks to the thrust of this exhibition as responsive to how Africans are perceived, while finding the space between to renegotiate the power dynamics at play in visual culture.
Mary Corrigall is a South African based commentator and curator of contemporary African art.
‘Being and Becoming: Complexities of the African Identity’ was on show at UNISA Art Gallery, Pretoria from the 25th May – 25th June 2016. ‘
This article was first published in the September 2016 print edition of ART AFRICA magazine, entitled ‘Beyond Fair.’