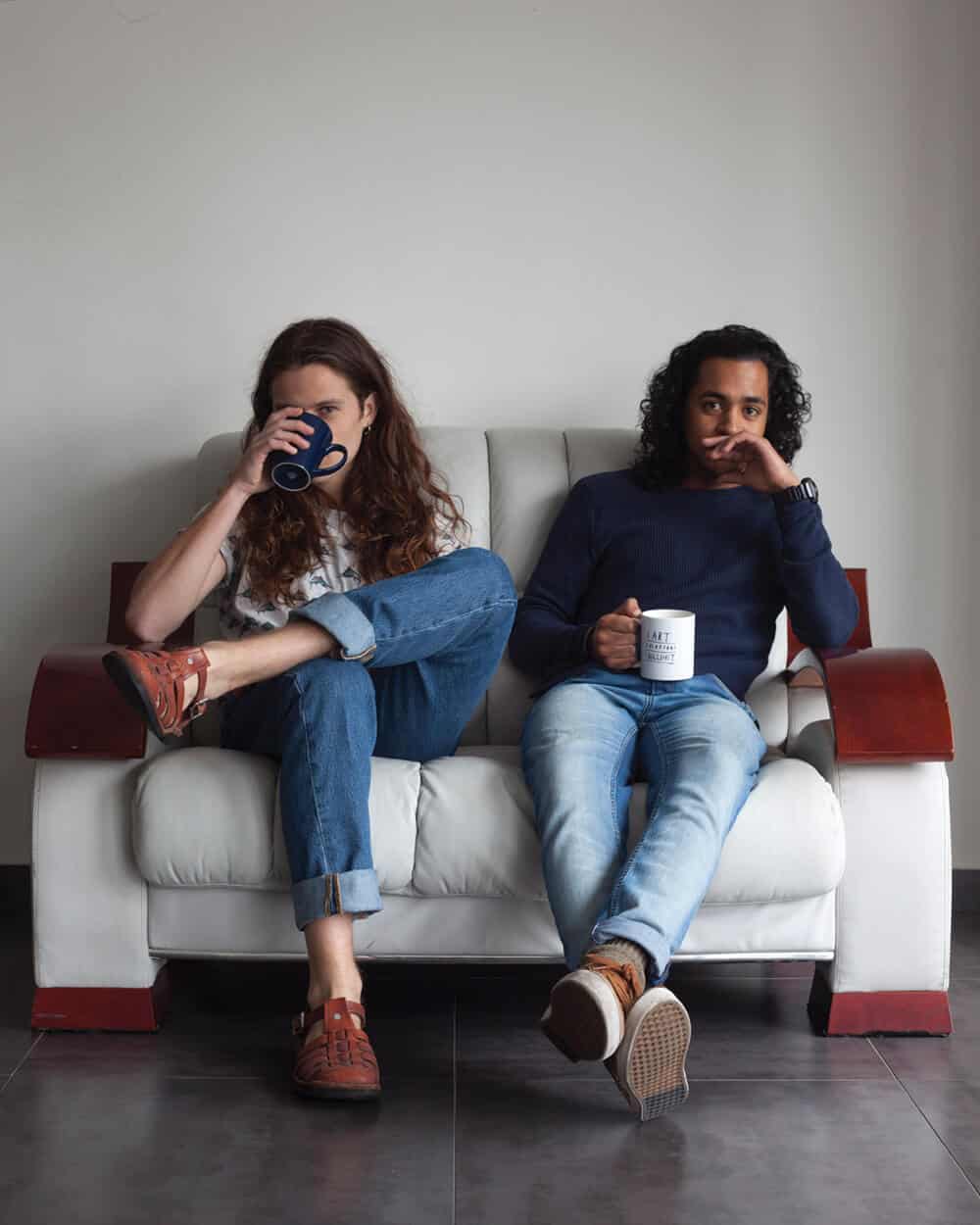 Photograph of Bert Pauw and Byron Berry, 2017. Image courtesy of the artists.

South African photography remains fixated with the human body – its self-presence, agency, conceited or desperate will. The black body in particular has assumed centre-stage as the defining portal and factor in South Africa’s image-repertoire.

Well-known artists engaged in this focus area include Pieter Hugo, Zanele Muholi, Mohau Modisakeng, and Thania Petersen. While much remains to be done to understand this humanocentric focus – a focus on the verge of exhaustion – this is not the occasion.

What intrigues me is the work of two young South African photographers – Bert Pauw and Byron Berry, 23 and 24 respectively – who have consciously avoided the fixation on the human body. This eschewal is critical, for not only have Pauw and Berry junked an obsessive-compulsive focus area, in so doing they have opened up vital alternative portals. It’s not simply that Pauw is “not a fan” of “representing people”; rather it’s about what’s left over, what’s ignored as a consequence of this humanocentric fetish.

It is “things” that compel Pauw; things we don’t necessarily see despite their omnipresence – a yellow Shoprite plastic bag, for instance. His focus is minimalistic – it is the remaindered ghost of a thing that moves him. Indeed, his photograph of the Shoprite shopping bag, pinned to a sheet of corrugated cardboard – later shot against asphalt – is the story of an object “which has worked so hard,” that, under the photographers lens, now finds its anonymous journey memorialised.

What Pauw finds disconcerting is the way we “look past the intended function of things,” our failure to grasp the life of things beyond their utility and disposability. That said, Pauw is not fuelled by a Green logic. Rather, it is the existential lives of inanimate things that compel him. After Paul Auster, rather, Pauw’s photographs give us entry into the country of last things.

Unmoved by Robert Smithson’s Spiral Jetty or Damien Hirst’s diamond encrusted bling skull – by geographies reshaped or objects grossly inflated – Pauw asks us to find what is precious in “non precious” things. His inspirations are revealing. For instance, Kendell Geers Self Portrait – the neck of an imported Heineken beer bottle. Or Ismail Farouk’s Rock Sale. Or Usha Seejarim’s Venus at Home series. Or Adam Broomberg and Oliver Chanarin’s War Primer 2, a photographic project which, for Pauw, “questions the camera and objectivity.”

I first encountered Pauw’s photographs at the Cape Town Art Fair in 2017. Against the conceit of ‘Africanity’, against the burden of history and its fetish, against the much-vaunted induction of the African art world into the global arena, Pauw, refreshingly, wanted none of that. His triptych of three nailed down objects has remained with me, and offers a quiet riposte to the vainglorious and cynical commodification of all things ‘African’.

It was nine am and the Convention Centre was empty. At the Smith stand I lingered. Yes, there was a violence in these images too, a violation integral to the body-politic of South African art. But there was also something remorselessly other, odd, removed in Pauw’s staged images – a Fanta can impaled by a knife, a Shoprite packet pinned down with brightly balled needles, a tumescent packet of Staysoft punctured by a nail, its glutinous liquid forming a beautiful blue blot against asphalt.

I felt freed from the burden of meaning, moved by the seeming simplicity of the optic. The images were digitally produced, and therefore affordable – out of a thousand images Pauw could select three.

For Byron Berry, however, the photographic strategy is anything but detached. A roll of film is tossed into a soap-sudded washing machine, another sunk into a jar of vinegar. Yet another film is boiled on a kitchen hob, another film unrolled, then rerolled and replaced in the camera. Toothpicks, ear buds, and pins are used to further violate the film. Dishwashing powder takes the emulsion off the film, Berry tells me, then shifts it and turns it into an intense red. Another film, removed from a jar of pickles is held up to dry, another film is buried underground for days. Break-fluid, dry acid, bleach, window cleaner are some of the other gauntlets which Berry’s film strip must endure. Burnt with a lighter, boiled in lemon juice, rubbed with sand-paper; there seemed no experiment which Berry was not prepared to undertake. The combination of bleach and acid produces a chemical reaction that fizzes and smells, as it strips and shifts the film’s emulsion.

These experiments are intriguing, though for his family, who relocated Berry from the kitchen to the garage, they were also alarming. For two months the experiment unfolded, beginning early in the morning, while still in his pyjamas, cigarette and coffee in hands.

The results are startlingly beautiful. To my knowledge, nothing compares with Berry’s experiment. While suggestive in hue of early polaroid’s, the effect, often bilious, conjure quite another affect. We are aware of ghosted and superimposed worlds. That said, the photographs are not surreal. Rather, it is the matter-of-factness of the stained and blotted images, the coexistence of form and formlessness, error and its imagined exemption, which makes Berry’s photographs utterly irresistible.

If Pauw’s images convey a cool detachment, then Berry’s remind us of the inescapability of contamination. Consider the clinical dispassion evident in Pauw’s photograph Urban Commands – a vision of a portion of a boom gate and a floating packet, together with their mirrored shadows. It is the sublimity and abstraction of this optic that fascinates.

In Berry’s works, however, nothing is cleanly detached and choreographed, rather, it is the permeability of worlds, their inextricable blurring, which compels us, although these works too are abstract and minimalist in their own way. Indeed, a mystique or mystery clings to Berry’s photographs.

Though markedly different in their execution – the one is consumed by the digital the other by the analogue – what binds Pauw and Berry is their preparedness to quit the well-trodden field of South African photography, forego the burden and fetish of history, free themselves from the fixation upon the human body – its being, its story – and, in so doing, further the field of focus and the complexity of being in this world.