Biography of the Forgotten

“We are told that Dr. Livingstone ‘discovered’ the Victoria Falls, and that somebody else, a thousand years after Ptolemy chartered them, ‘discovered’ the sources of the Nile. But who ‘discovered’ that African art was ‘art’? Before the Expressionists, before the Picasso Group, and long before the movements of independence, a vertiginous fascination for it spread over Europe. It was like pattering rain, announcing a violent squall. The squall blew up at the turn of the century while Africa was still in the great sleep and Spanish, French and German artists – explorers in aesthetics – were blown before its blast like full-rigged ships under bare poles.”

With Damien Hirst’s ‘Treasures from the Wreck of the Unbelievable’ making its debut alongside the 57thedition of the Venice Biennale, an indignation is still very much present as the West continues with their vertiginous fascination and commodification of African art.

Hirst, who is known for his creation of controversial works, has been accused of exhibiting an artwork culturally appropriated from Ife – an ancient Yoruba kingdom presently located in Nigeria. The work, which is titled Golden Heads (Female) and said to have stylistic similarities to the celebrated kingdom of Ife, bears remarkable resemblance to Bronzehead from Ife, an ancient artwork believed to have been created in the 14th Century. 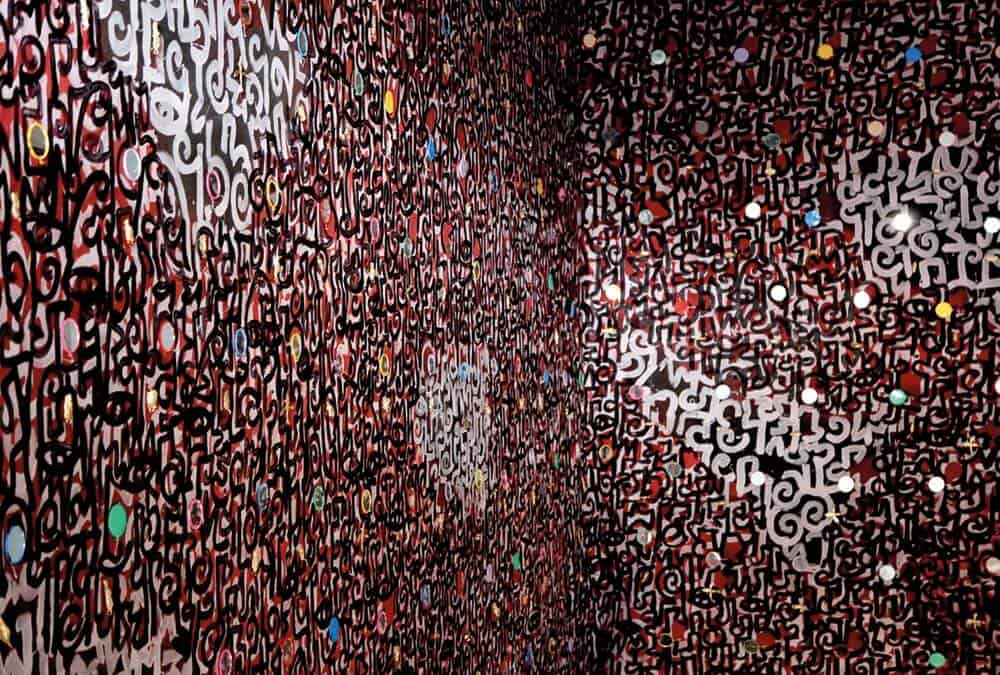 Notable in its sophistication, Bronzehead from Ife was made both long before Britain colonized Nigeria, and before Europe had any contact with African culture – displaying evident complexities and refinement of a civilization untouched by the West. Yet Hirst’s Golden Heads (Female) comes as a dire reminder of the 19th century colonial violence committed in Britain’s 1897 punitive expedition over Benin City.

According to an article published by The Guardian, “the royal palace of Benin was one of the great cultural complexes of Africa, a continent that, according to Victorians, wasn’t supposed to have anything like it.”

However, in direct opposition to the historical pillaging and looting of colonial forces in Africa, Nigeria is currently displaying its inaugural pavilion for the Venice biennale’s 122nd year. Fittingly titled ‘How About Now’, curator Adenrele Sonariwo has overseen the display of Peju Alatise, Victor Ehikhamenor, Qudus Onikeku’s work – all of which deals with themes around Nigeria’s history.

Specifically addressing the weight of colonial history in his work is Victor Ehikhamenor. His artwork, The biography of the Forgotten, fills the ground floor of the Scoletta dei Battioro e dei Tiraoro – an 18th century building that previously housed Venice’s gold thread and gold leaf guild – with an installation featuring wall-to-wall canvasses covered in painted patterns. Accompanying the canvasses are mirrors and small bronze sculptures – sourced from world heritage site, Igun street in Benin City – that hang suspended from the ceiling.

Ehikhamenor has created an immersive installation fusing both abstract shapes with traditional culture, addressing the punitive expedition by British forces and their seizure of artwork from the ancient City of Benin. The artwork pays homage to the history of Nigeria – both those who came before and those who have contributed to the artworld, reflecting on the weight of colonial history and its legacy of commodification.

Victor Ehikhamenor was also the first to speak out against Hirst’s appropriation of the work from the ancient kingdom of Ife. In a message posted to Instagram, the artist wrote that “the British are back for more, from 1897 to 2017”, a direct comparison to Britain’s punitive expedition of 1897.

Ehikhamenor expressed an indignation at how young ones will grow up to know Bronzhead from Ife as a Damien Hirst original, that “the thousands of viewers seeing this for the first time won’t think Ife, they won’t think Nigeria.”

As the commodification of Africa continues, the Venice Biennale is set to give Africa the accreditation that it has so long been denied. Despite being only seven of 54 countries represented, the strength of the African Pavilions is not to be overlooked – here are those rewriting, reclaiming and re-establishing the biographies of the forgotten.