Saturday 2 April  will see the opening of ‘Bittersweet‘ [Agridoce, in Portuguese], an exhibition by South African artist Haroon Gunn-Salie at Galpão VB in Brasil. The idea for the solo exhibit came about through the artist’s interactions with people who were directly affected by last year’s disaster in Mariana, Brazil. Gunn-Salie’s project, composed of film, photography and installation, aims to tell the stories often covered up by mainstream state-owned media, offering the grassroots perspective of those affected. 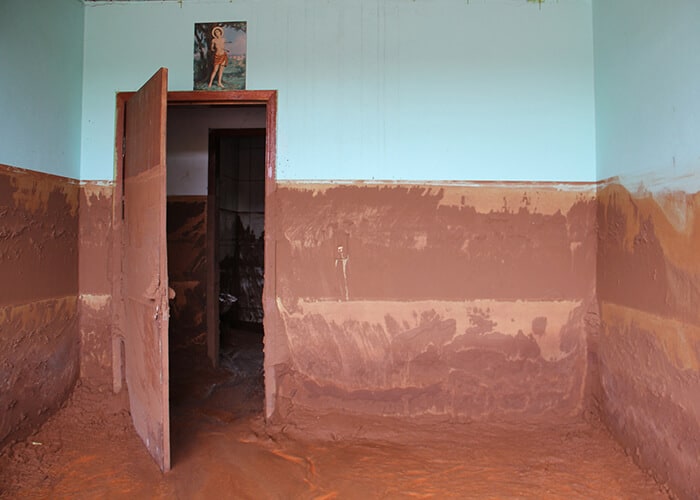 Created in collaboration with local residents who refused to be displaced from their land, the project has bred a powerful platform – one that can give visibility to the disaster and stir public reaction. Thus, Gunn-Salie establishes his art as activism and action for social change. The show is the outcome of the 1st SP-Arte/Videobrasil Prize, a special award of the 19th Contemporary Art Festival Sesc_Videobrasil | Southern Panoramas, held from October to December 2015, and will be displayed at Galpão VB until June 11, 2016.

In ‘Bittersweet’, Gunn-Salie prompts a fresh perspective on events related to the disaster. He works with the process of collaborative practice through dialogue as a response to real-life tragedies, and insistently represents the stories that get repeatedly lost – the experience of those who have been undermined. The elements of the exhibition were produced by Gunn-Salie in collaboration with locals who had their properties flooded with layers of mud and toxic heavy metals. 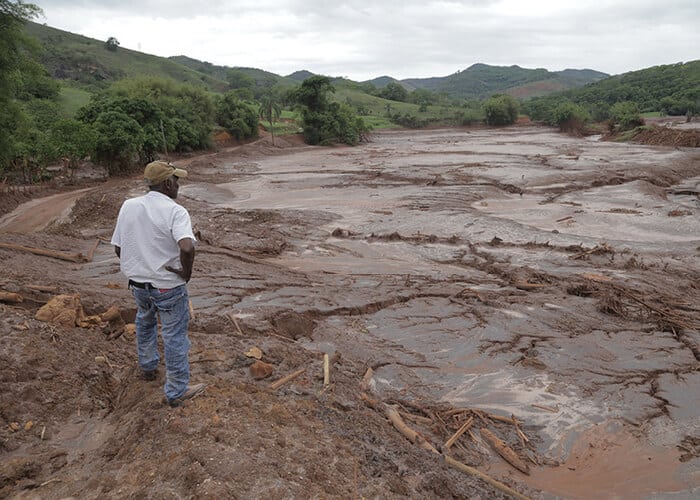 The disaster of the dams owned by Samarco Mineração SA – a joint venture between the Anglo-Australian mining group BHP Billiton, the world’s biggest mining company, and the Brazilian iron ore giant Vale – has created untold damage to the area, resulted in many deaths, as well as the destruction of homes and of the region’s ecosystem. All of the material that composes this site-specific work (including the mud and the walls of a partially buried house, for instance) was collected and transported from the site by the artist. Infused with the urgency of the present, this set of artworks showing at Galpão VB strives – amid the often-forced silence that pervades personal experiences and narratives – to retrieve the human dimension of the story.

The project was born after the artist travelled to Minas and connected with the communities of Paracatu de Baixo and Pedras, between October 2015 and January 2016. In his first trip to the region, he spent two weeks documenting the communities and collecting oral accounts. A few days after returning to South Africa, Gunn-Salie got wind of the tragedy in the properties run by Samarco and Vale do Rio Doce. He decided to go back, and decided this would be the theme of his exhibit at Galpão VB. 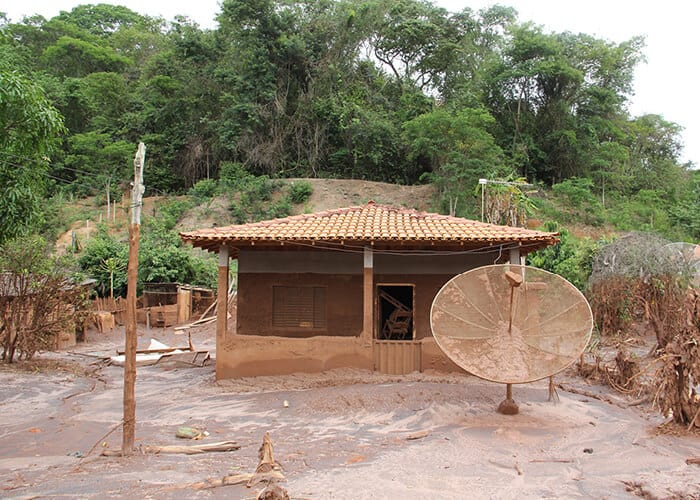 “I took this opportunity to become involved in a transformative art project that borders on social responsibility and invites the public to participate,” explained Gunn-Salie, who concerns himself with telling stories that are usually forgotten. “By translating orally transmitted accounts and stories into works of art as well as collaborative, dialogue-based interventions, I wanted to bring to the Brazilian context a work method that insists art can be used for social change and grassroots activism,” he explains.

On the same day ‘Bittersweet’ opens, Galpão VB will also showcase the results of the second Videobrasil in Context project edition, held under the Videobrasil Residency Program. ‘Videobrasil Collection in Context #2‘ will feature works by Brazil’s Vitor Cesar and Poland’s Karol Radziszewski, invited by Associação Cultural Videobrasil and A-I-R Laboratory – the artist residency program of the Centre for Contemporary Art Ujazdowski Castle, in Warsaw (Poland) – to participate in this edition, with support from the Adam Mickiewicz Institute (IAM) as part of a program to promote Polish culture in Brazil, organized by Culture.pl in 2016. Just like ‘Bittersweet’, ‘Videobrasil Collection in Context #2’ will be showing until June 11.