In Raoul Peck’s documentary I Am Not Your Negro, Dick Cavett asks James Baldwin, “Why aren’t black people more optimistic?” The remainder of the film is an unyielding analysis of why there was, and still is, no reason for optimism. “History is not the past. It is the present. We carry our history with us. We are our history,” stated Baldwin. He understood that while events and people may change, racist ideology and violence has remained remarkably consistent. The notes Baldwin penned in the late 1970s for his unfinished manuscript Remember This House still resonate with the political climate of 2017. The 2011 London riots, as well as the formation of the Black Lives Matter movement in 2013, both in response to the numerous deaths of young black men and women by police actions, are revealing of the anger and frustration amongst black communities. Regardless of how far things seem to have come, the return to divisive far-right politics of the Trump administration and Brexit, illustrate that racial inequality and discrimination are still acutely evident. It is timely, therefore, that two exhibitions currently showing in London have brought together some of the many voices that shaped early political and cultural philosophies of Black Consciousness. ‘Soul of a Nation: Art in the Age of Black Power’ at Tate Modern, and ‘The Place is Here’ at South London Gallery, trace the formation of the Black Arts Movement(s) in America and Britain respectively. The juxtaposition of these two exhibitions offers a glimpse into the similarities, and contrasting artistic and ideological concerns, of these movements in each country.

Both are alike in encompassing a range of creative practice: literature, music, visual arts, cinema, and theatre. Shared intentions include attempts to develop various mechanisms for disseminating art and fostering discussions within communities through public murals, posters, performance, and establishment of artist-run galleries in black neighbourhoods; changing the nature and perception of black culture; and a focus on addressing the institutional racism of the art world. Of the observable differences, the debate between figuration and abstraction was of particular concern in the US. Significantly in the UK, meanwhile, artists benefitted from the burgeoning field of cultural studies, with theorists like Stuart Hall interrogating race, gender and sexual politics. While the Black Movement in the US advocated a vision of multicultural pluralism; in Britain many South Asians and even East Asians identified as black. Artist and curator Rasheed Araeen posed this question in 1977: “The question now is who does [the British Art Establishment] actually consider its people. The answer to this of course would be the British people. But this does not answer everything, because the crucial part of the whole question is: what are the various components that make up British society?” As these questions remain just as relevant now, forty years later, it seems fitting that John Akomfrah’s Unfinished Conversation (2012), a three-screen video installation, is currently showing in the Tate Modern’s Level 0 Tanks. Investigating how identity can be seen as a product of history and memory rather than something fixed, the installation is based on the personal archive of Stuart Hall, who described identity and ethnicity as being the subject of an ‘ever-unfinished conversation’. 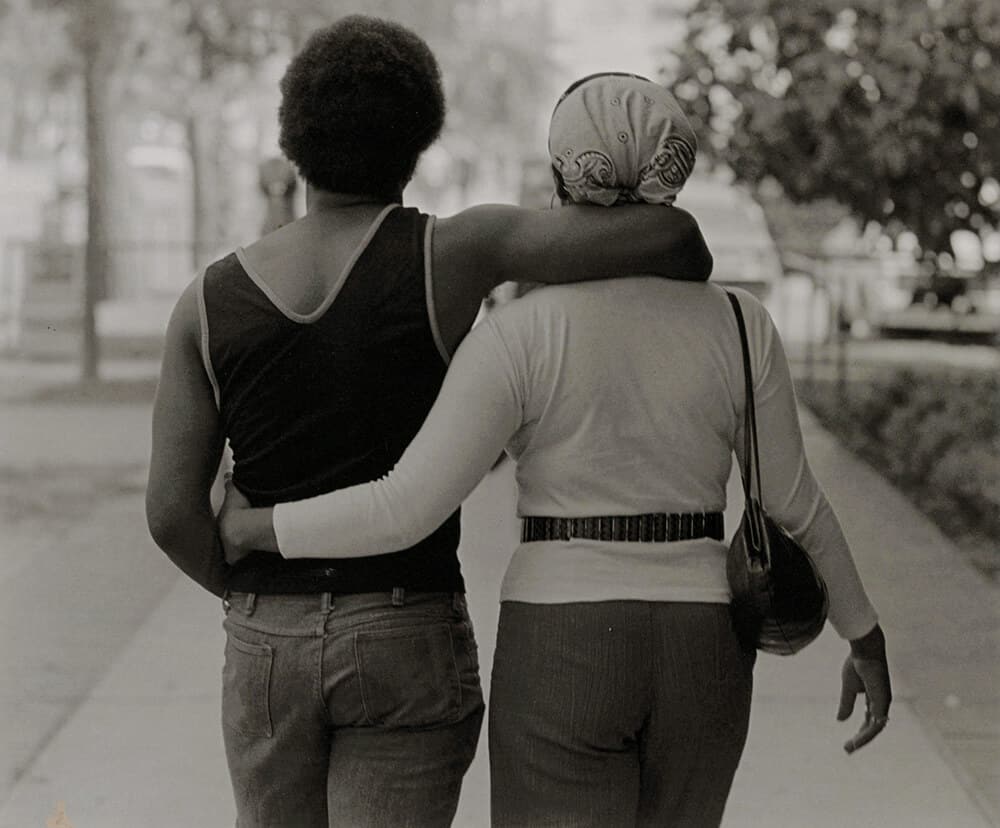 This ever-unfinished conversation is opened with ‘Soul of a Nation: Art in the Age of Black Power’, curated by Mark Godfrey and Zoe Whitley. The exhibition celebrates the work of more than 60 African American artists in the two decades after 1963, from the March on Washington led by Martin Luther King, and the formation of the New York-based Spiral Group collective, through the peak of the Civil Rights Movement and more militant Black Power Movement in the 1970s. During this turbulent time, artists asked and answered many questions concerned with identity and politics; whether there was, or should be, such a thing as a ‘Black’ aesthetic; and did Black artists have a responsibility to respond to political and cultural concerns? The exhibition is divided geographically and thematically, illustrating the varied responses from artists, as well as different attempts to address the marginalisation of black artists in galleries and museums.

There are selected works in the exhibition which confront the traumatic experiences of the Civil Rights Movement. Faith Ringgold’s painting, American People Series #20: Die (1967), portrays a frenzied spectacle of violence and hatred in a style reminiscent of Picasso’s Guernica, as bloodied black and white men and women attack each other. David Hammons’, Injustice Case (1970), depicts the contorted figure of Bobby Seale, a co-founder of the Black Panthers who was bound and gagged during his trial for conspiracy; while Dana C. Chandler’s protest piece Fred Hampton’s Door 2 (1975), references 21 year old Black Panthers activist Fred Hampton, gunned down by police through his bedroom door while he slept.

Throughout the exhibition, there is a more subtle visual protest playing out. In response to the racist stereotypes of broken communities plagued by poverty, drug addiction and gang violence, African American artists started to reclaim and present a different image of their community. Romare Bearden’s collage works, for example, reflect on the vibrancy of everyday life and tradition; while the saccharine works of the AfriCobra group in Chicago celebrate Black pride and culture. A photograph by Roy DeCarava, entitled Couple Walking (1979), quietly challenges the myth of dysfunctional relationships between black men and women. In another section dedicated to black heroes – from sporting legends to political leaders – it is a portrait of Eva the Babysitter (1973) by Emma Amos that reminds us that heroes were also the everyday people helping one another. Much like the curators’ playlist of songs for each room in the exhibition, these artworks conveyed messages of resistance using a language of celebration and empowerment.

Barkley Hendricks’s painting What’s Going On (1974), paying tribute to the popular song by Marvin Gaye, makes an overt link between music, protest, and the commodification of black culture. It also brings into sharp focus one of the shortcomings of the black liberation movements in America. It is a highly stylised painting of three suave men, and an androgynous woman, in white suits against a white background – inserted between the figures appears to be the same woman, completely naked. The shortcoming is not in the painting itself, but numerous texts which describe a portrait of four black men in white suits. The suited woman, and her undressed double, is completely absent in virtually every description of this artwork. This omission speaks directly to the relegation of women, as well as continued omission of the role black women played in the Civil Rights and Black Power Movement. Attempts to silence black women at the time are summed up in a scathing comment by writer Robert Staples, in response to Black feminists like Michelle Wallace and Ntozake Shange, in his controversial essay ‘The Myth of the Black Macho: A Response to Angry Black Feminists’ (1971): “Addressing sexism in anti-racist movements is divisive! To suggest that Black women face oppression at the hands of Black men distracts us from our true enemies: Racism! White supremacy! Isn’t it fair to reason that Black women are somehow complicit in the plot to keep the Black man down, considering that Black girls allegedly fare better in classrooms and Black women outpace Black men in the workplace?”

Addressing sexism in anti-racist movements is divisive! To suggest that Black women face oppression at the hands of Black men distracts us from our true enemies: Racism! White supremacy! Isn’t it fair to reason that Black women are somehow complicit in the plot to keep the Black man down, considering that Black girls allegedly fare better in classrooms and Black women outpace Black men in the workplace?

Picking up chronologically where ‘Soul of a Nation’ ends, ‘The Place is Here’, curated by Nick Aikens, turns its focus to black art in 1980s and 90s Britain. Much like their African American peers; these artists were also raising questions about identity, representation, and the purpose of culture. Significantly, they were exploring intersecting questions of identity and belonging as the 1980s saw the emergence of important discussions relating to Black feminist and queer positions. Works like Chila Kumari Burman’s Militant Women (1982), highlights the role women played in opposing the military regime’s occupation of Ethiopia in 1980; a series of paintings by Claudette Johnson completed in 1982 address the absence of Black women as subjects and artists in the western canon; while Isaac Julien’s photographs After George Platt-Lynes, Looking for Langston (1989/2016) explore the nature of gay desire within the Black modernist arts movement of the Harlem Renaissance to late 1980s Britain.

Against a backdrop of civil unrest and divisive national politics, artists began to consider their relationship to Britain’s colonial past, and positioned themselves in relation to different discourses and politics – amongst them, the Black Arts Movement in the US; Pan-Africanism; uprisings across the country against Margaret Thatcher’s anti-immigration policies; as well as apartheid and the Black Consciousness Movement that emerged in South Africa in the mid-1960s. Gavin Jantjes’ A South African Colouring Book (1974-5) politicises the techniques of pop art to critique not only the racial categorisation system used in South Africa up till 1991, but also caste systems and preferences the world over that privilege lighter toned skin. The work is as much a call to decolonise modernism as it is a critique of apartheid. 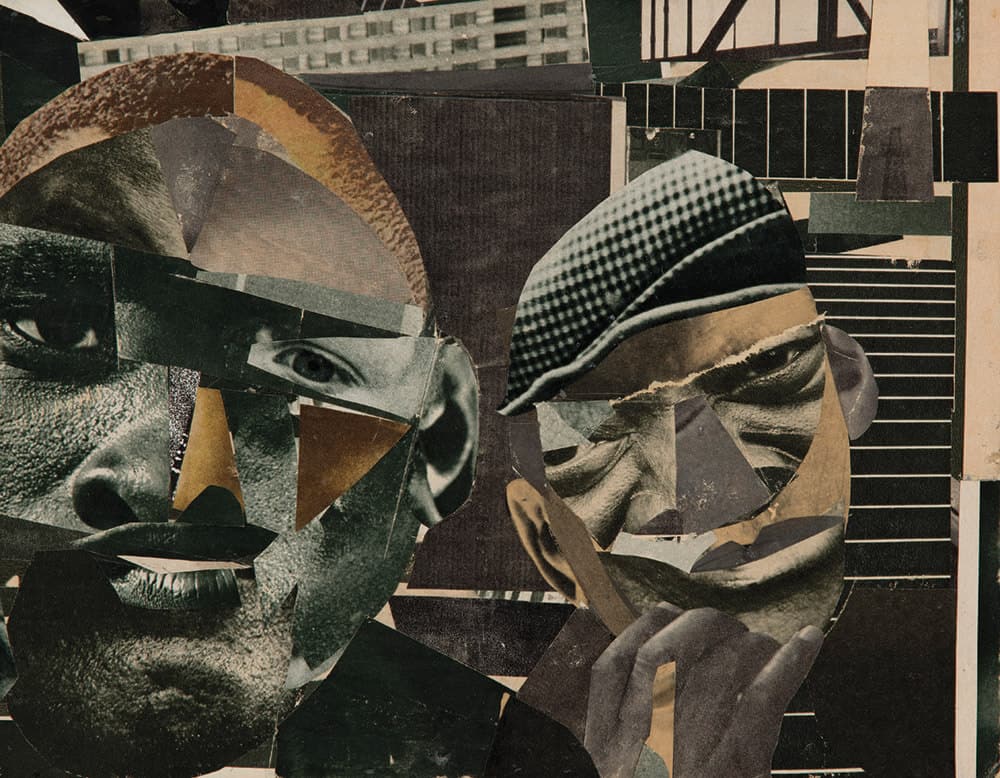 Whether viewed separately or together, the strength in both these exhibitions is that they create a montage of the numerous conversations that took place between Black artists, writers and thinkers. Excerpts from footage of political activists and protests, historical archives, as well as documentation relating to specific exhibitions, begin to sketch the complexity of political visions, senses of self, robust artistic dialogues and necessary disagreements. The curators of both exhibitions have shown restraint in not attempting to define or finalise a single aim or outcome of two movements which reflected the fluid and restless nature of their time.

Candice Allison is a curator and writer based in Cape Town.